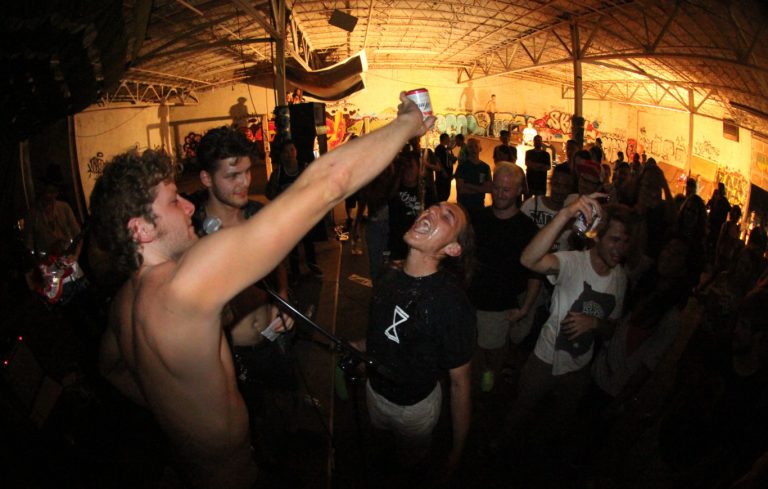 Covering the Atlanta A-Town Stomp street skating comp fashionably late, Be-Mag, thanks to Carson Starnes, presents you with a fine selection of quotes and visuals for you to enjoy and reminisce on this fine event that has yet again brought the southern skaters together.

“Street contests mean different things to different people. Personally they are a source of anxiety where the person behind the computer and camera meets the people living and skating in real life. Street contests are remarkable spectacles that often times showcase the raw nature of skating. A refreshing look at the next generation of people willing to throw themselves down gnarly kinked rails in the summer heat in pursuit of pride, cash, and a sense of accomplishment.

A-Town Stomp is no exception to that.

With the loss of the Pow Wow, this year the A-Town Stomp has cemented itself as the go-to event of the Southeast.

People from all over the country made it down to enjoy the hot weather, cold beer, and souther pleasantries. If you haven’t been to a street contest recently I suggest marking your calendar and clearing space for next years Stomp.” – Adam Johnson

“The Stomp was all good and fun, but the after party was what really made the weekend special for me. Brian & Carson Starnes turned what was just an empty warehouse into one of the best post-comp celebrations I’ve ever been to. Even though we were all beat to death from the sun and skating, we all felt a bit of excitement when we saw the DIY ramps inside of the place.
To the left of the room, there was a makeshift bar with dollar beers and old fashioned’s, so whatever motivation most people had to skate quickly disapparated. After grabbing a beer, I noticed there were actually girls at this rollerblader party.

A few sound checks from the bands on stage and the Starnes brothers took the mic to introduce the days winners. Each announcement was accompanied by a quick musical interlude from the band that gave each statement more impact.
At the end of the awards, as soon 1st place was given to Jimmy Kobryn, the whole room started shaking from the violent,excited movement, the lights were flickering, screams could be heard from miles away, beer was flying everywhere, and as soon as it should have died down the music kicked on.
Everything after that faded into less of a memory and more of a feeling.

Even competitions aren’t your thing, at least come down for the after party.
It’s worth it.” – Cody Sanders

“Cooler than freddie Jackson sipping a milkshake in a snowstorm.” – Waddle watching Chad drop in from the top of the wallride

“Fucking hit my head again, twice in 2 weeks, wait 3 weeks, what day is it?” – Hunter Grimm on setting his helmet down to skate the second spot

“Can I go to Europe yet?” – Carson Starnes on making a destination street contest event

“Hey Lael, where’s the closest thrift store, I need to make cutoffs” – Gumby on living in a car.

“Hey babe, have you ever had sex under the stars?” – undisclosed

“Why don’t you make real clothes AJ?” – Cody on the state of the industry 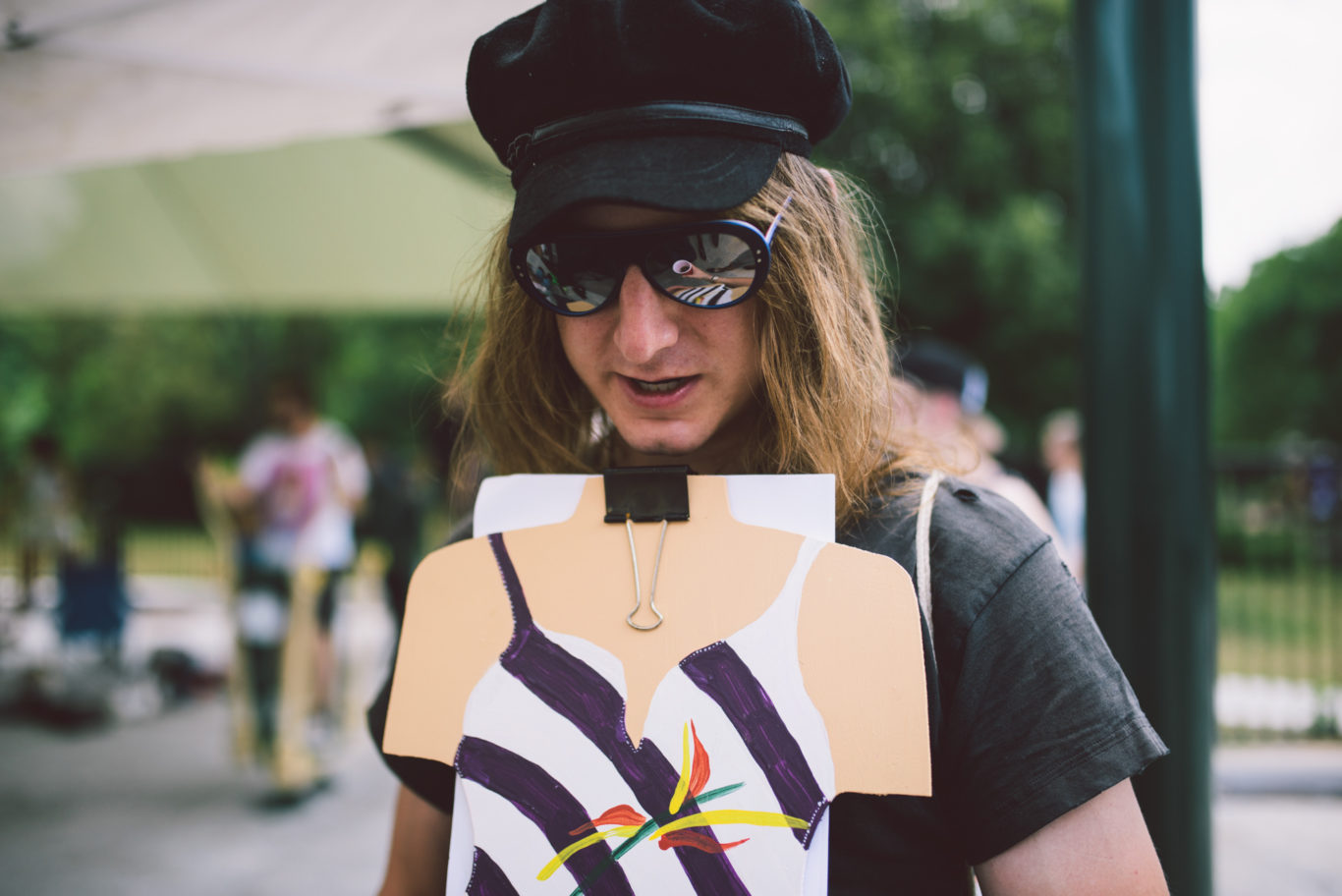 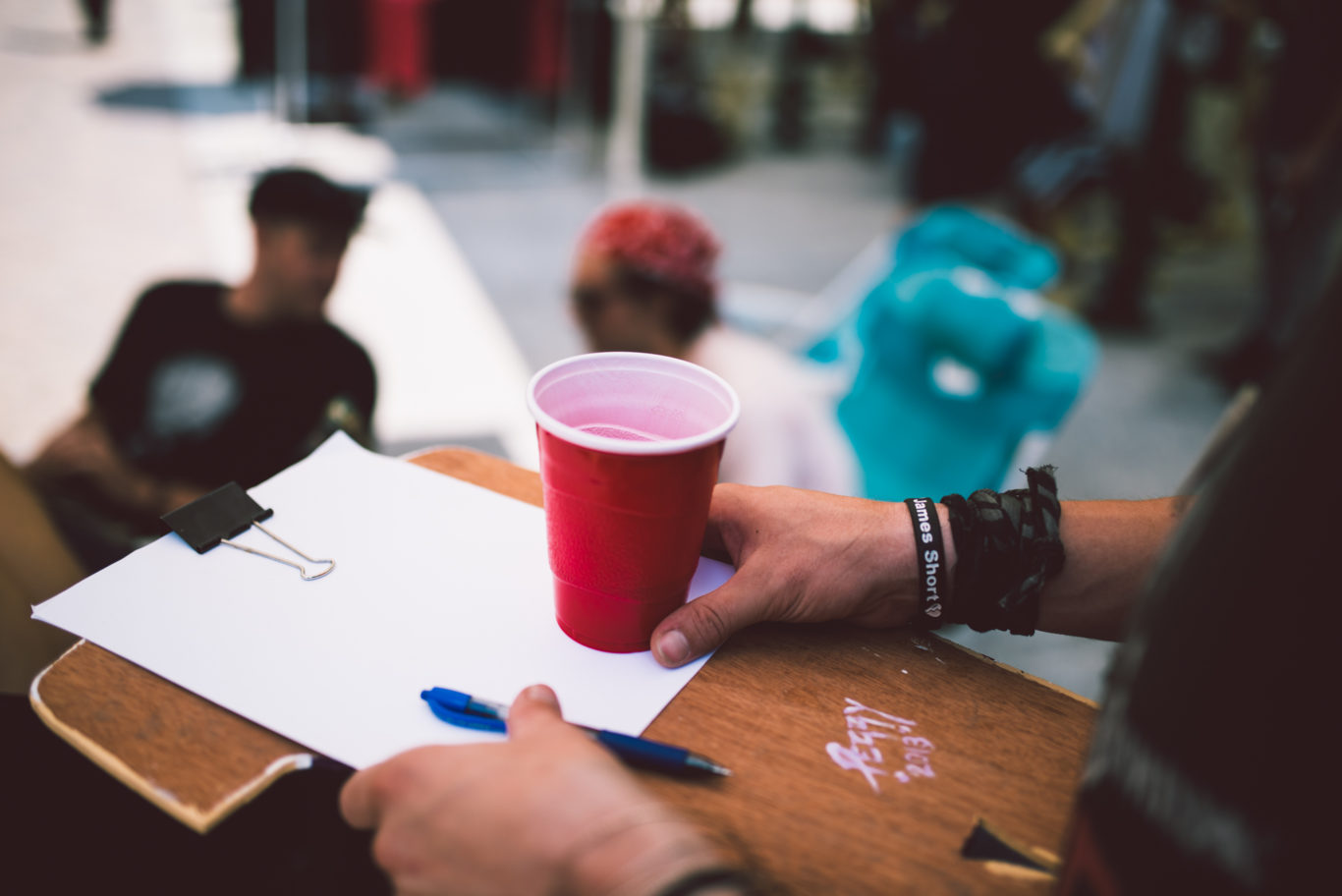 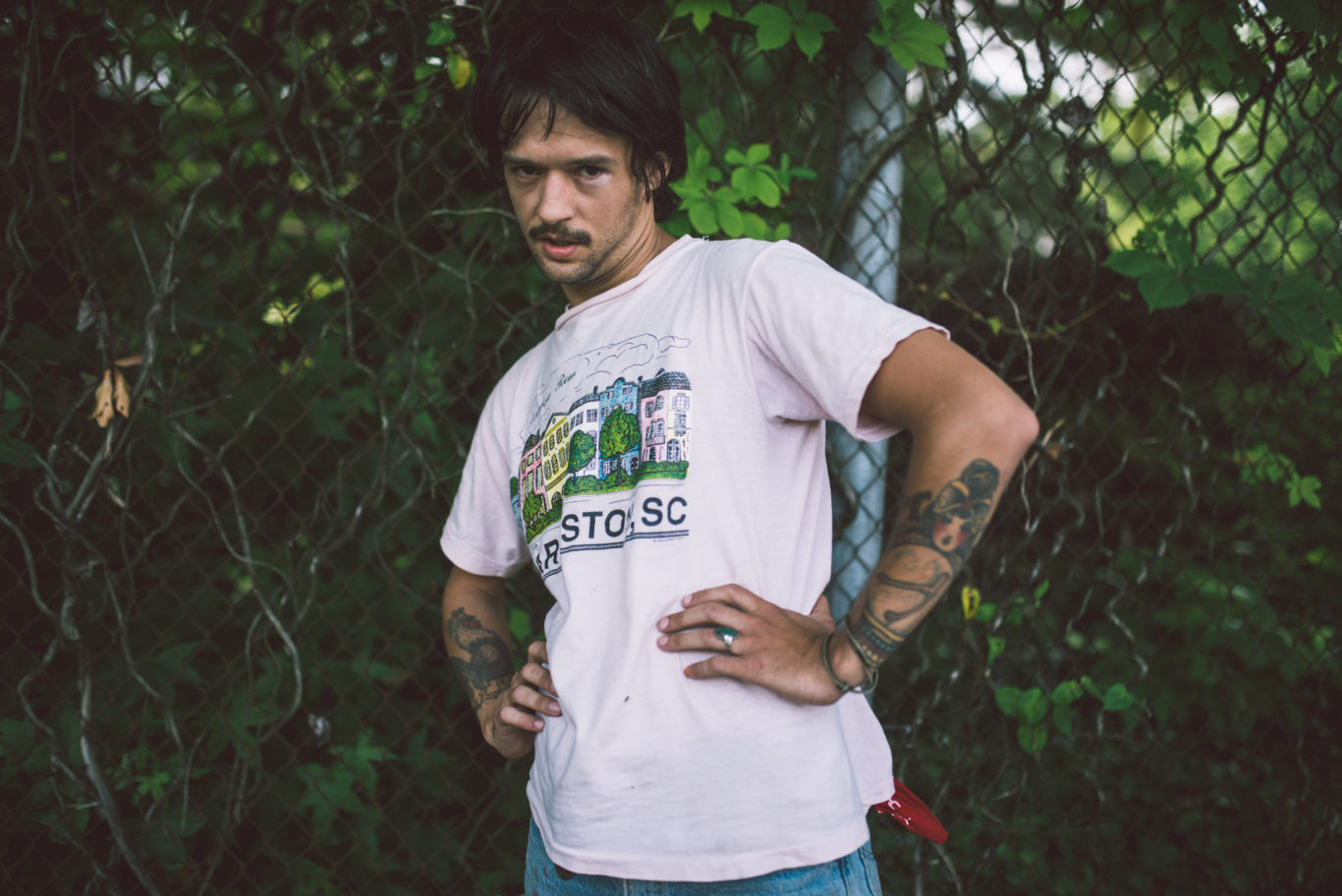 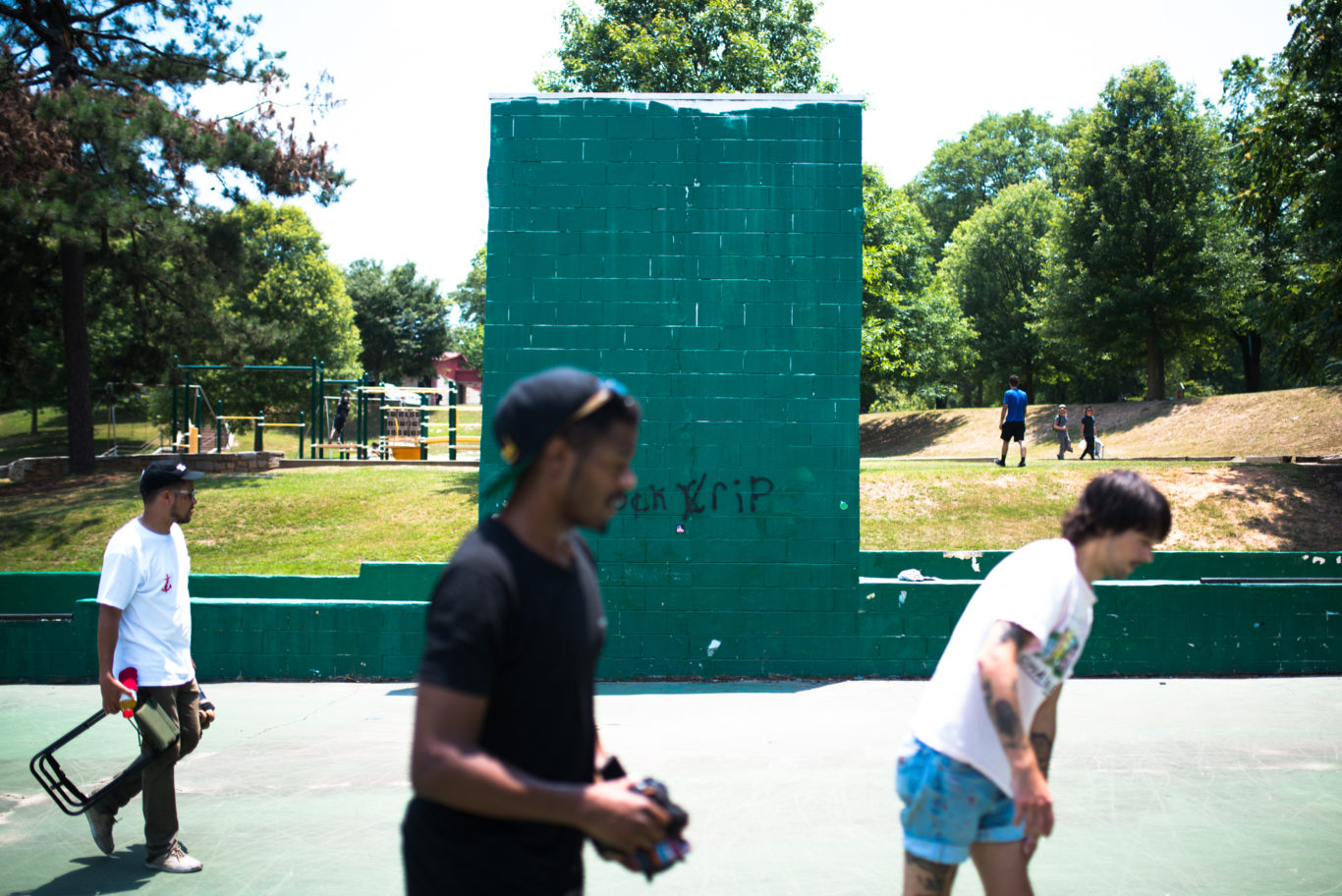 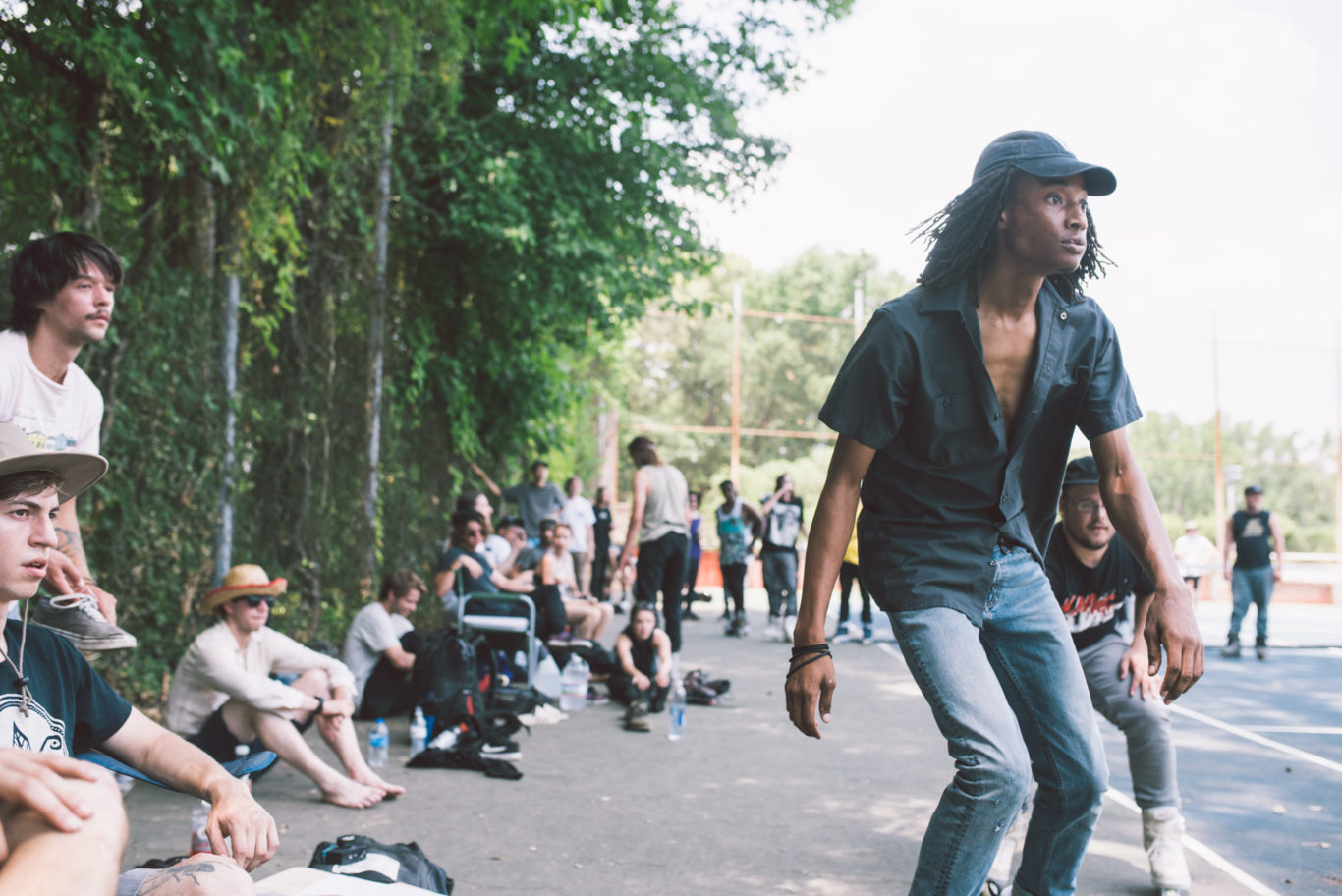 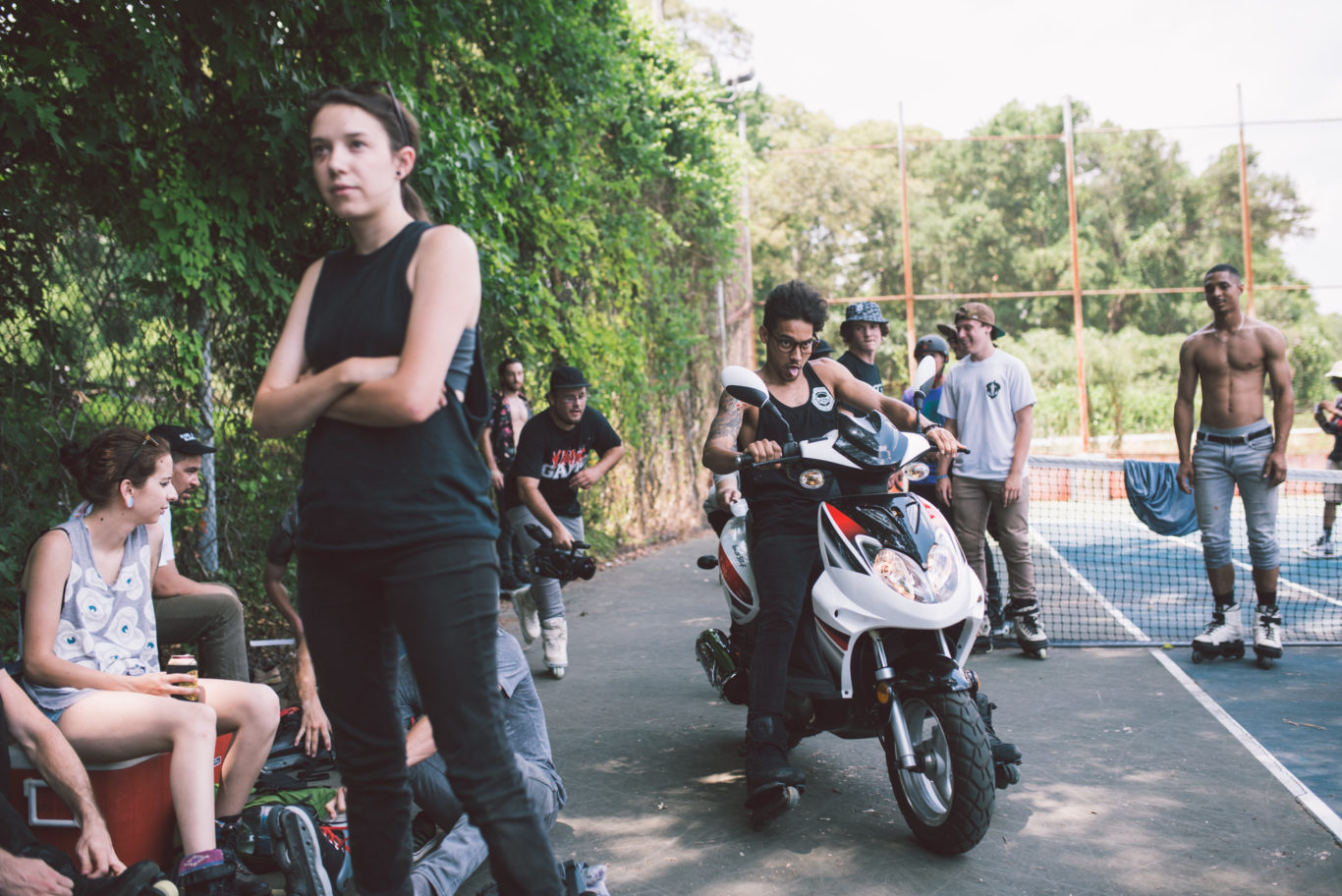 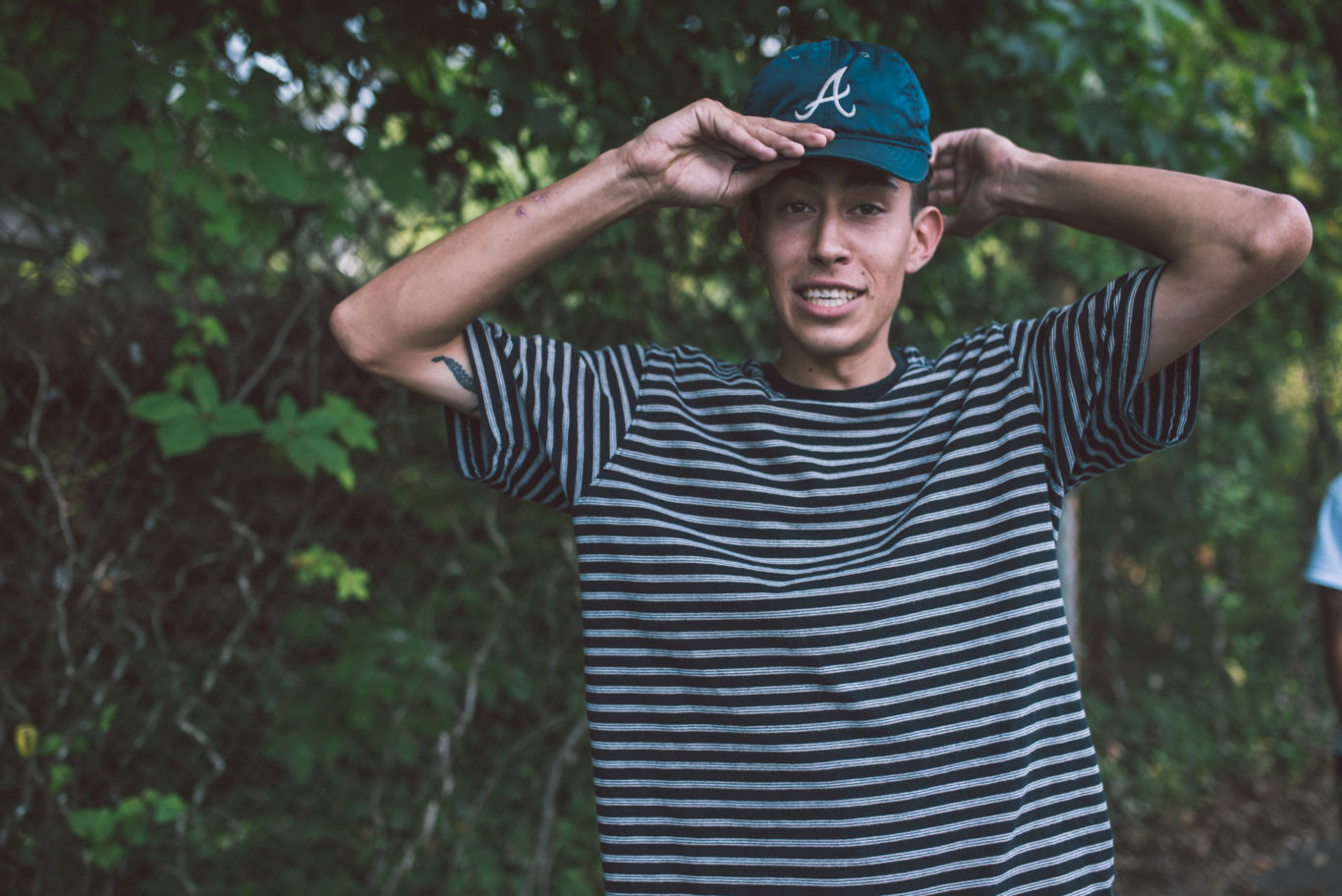 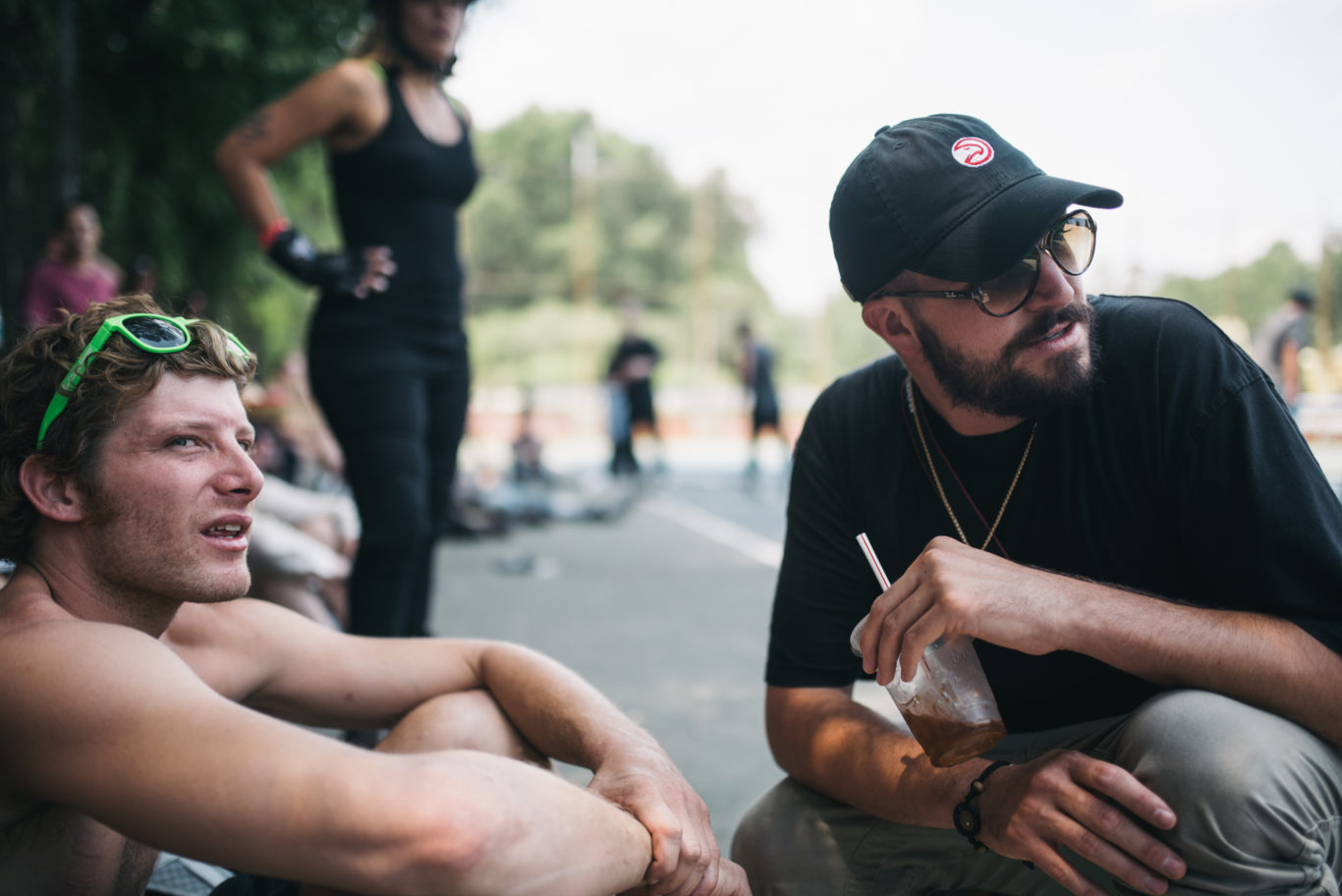 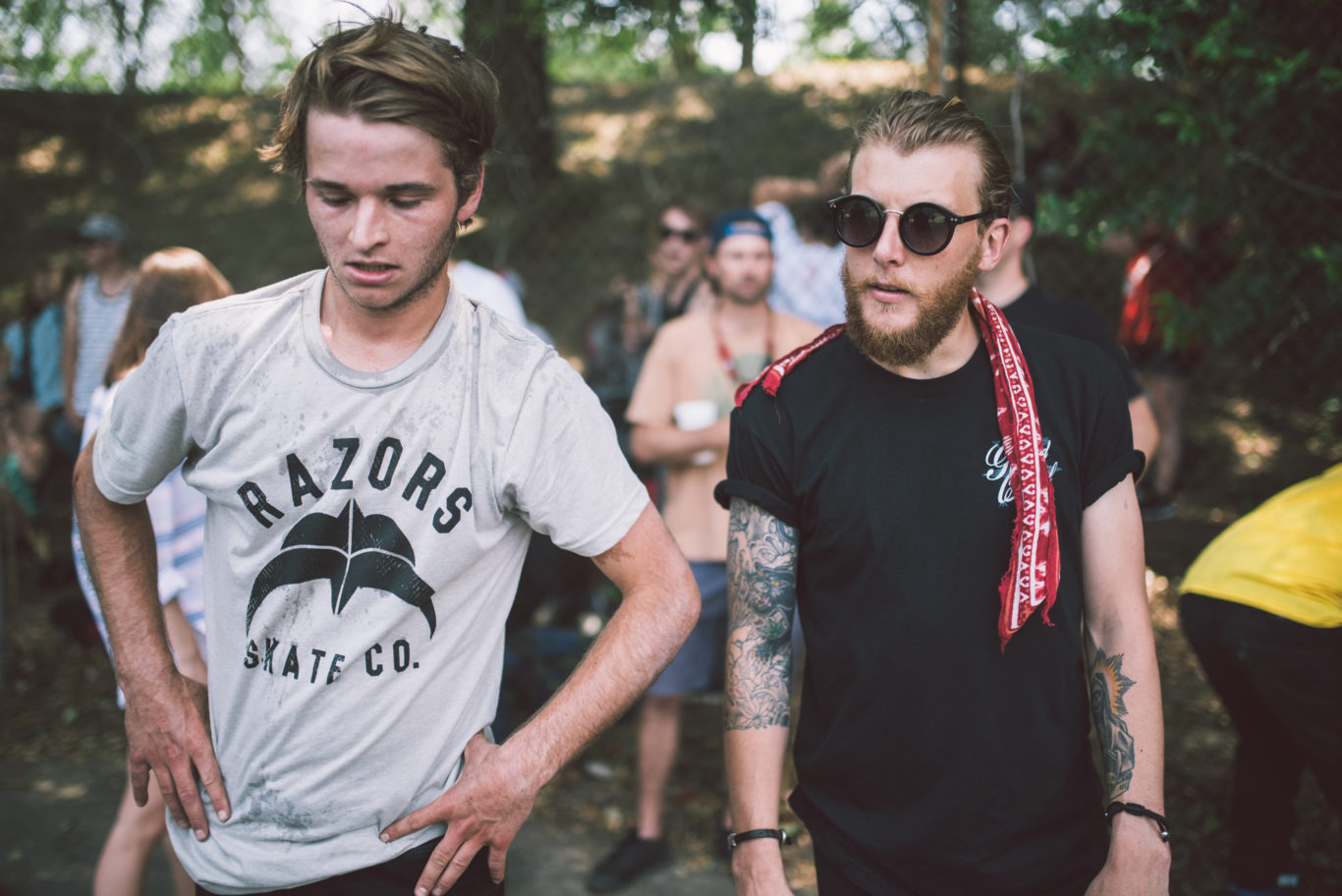 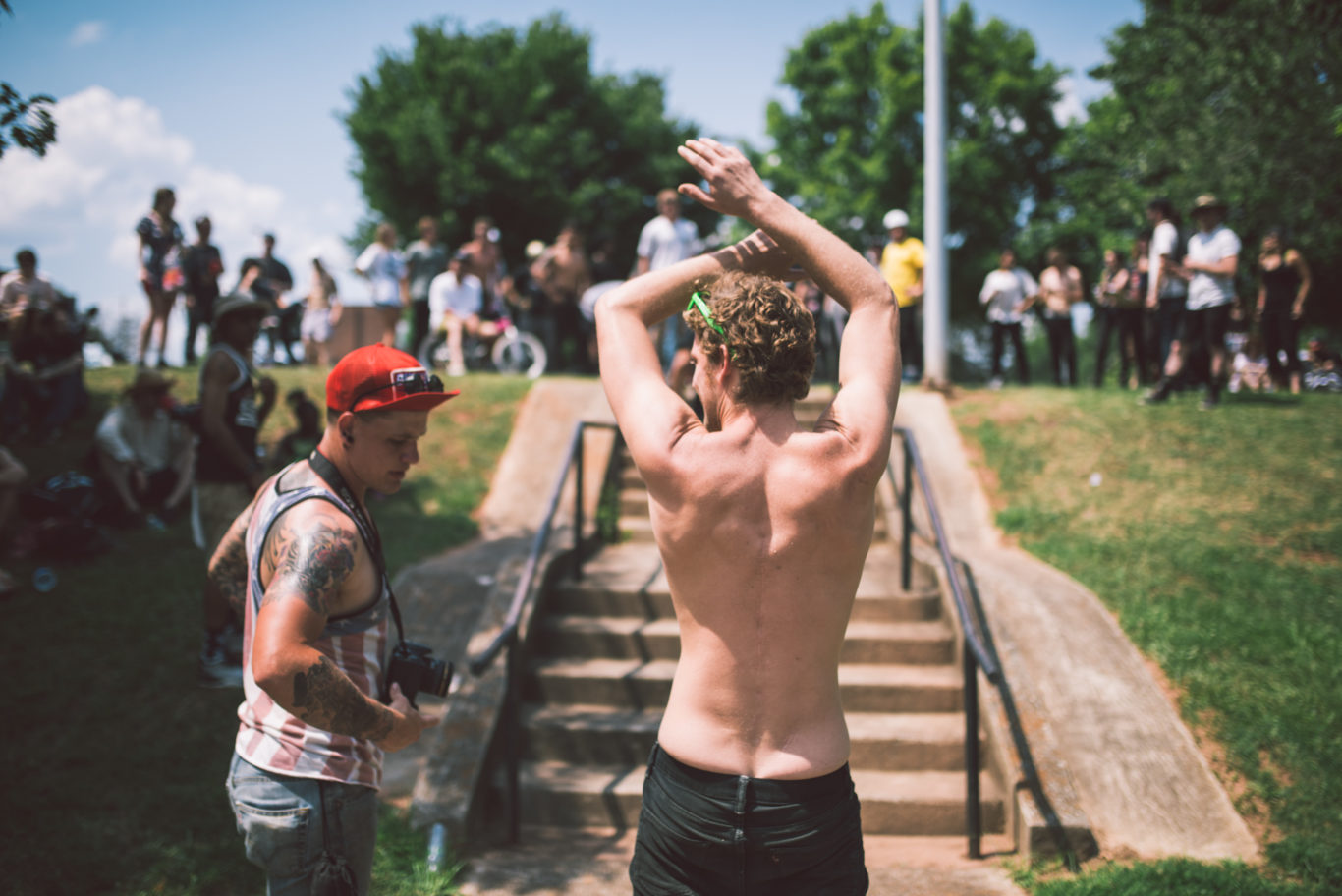