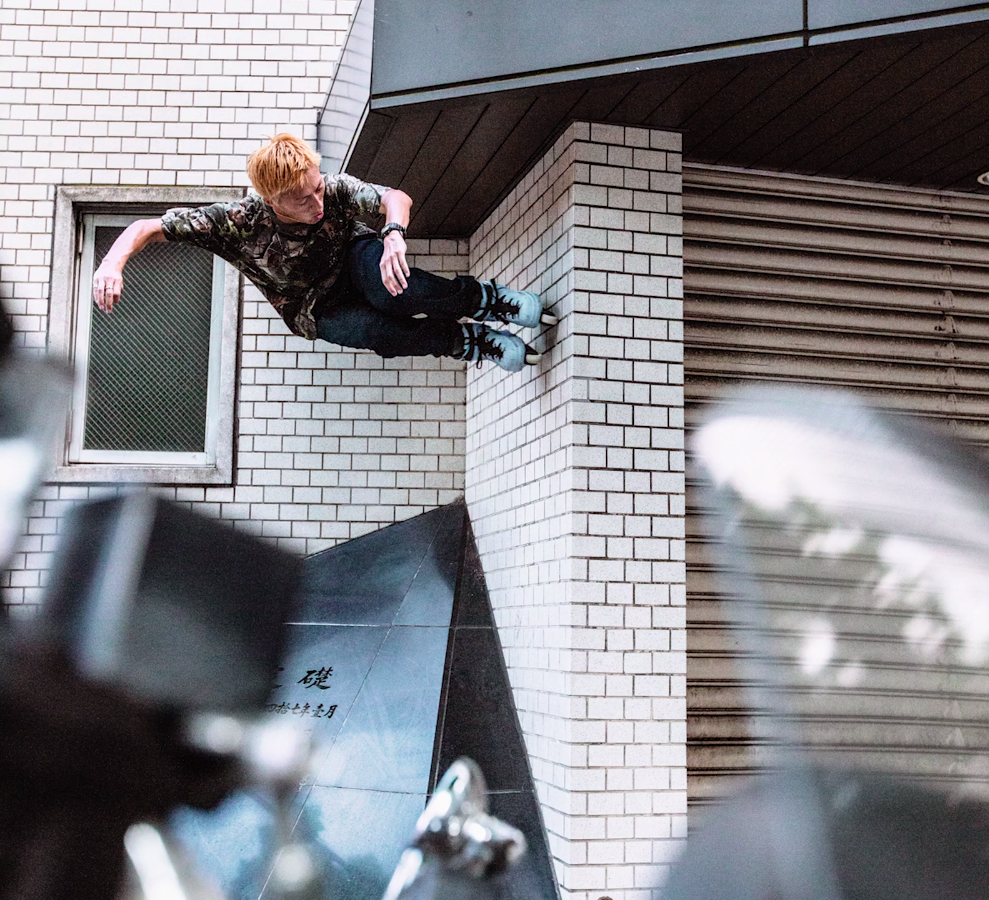 J.P Primiano of Butter TV just released his highly anticipated new Action Figures episode featuring the Japanese icon, Soichiro Kanashima. J.P and Soichiro created an absolutely incredible feature which gives a rare insight into one of blading’s brightest stars. Despite being one of the most naturally gifted individuals to ever strap on a pair of boots, Soichiro has been fairly secretive, due largely in part to the language barrier separating him from his legion of fans worldwide. Thankfully J.P and Soichiro translated the majority of Ichi’s interview so you can get a better understanding of his humble nature and why his focus on style is one of his most important values within skating. In the interview they touch on Soichiro’s personal endeavors such as MFT Brand and owning the Yamada Green skatepark as well

J.P of Butter TV had this to say about the filming process for Ikigai.

“Summer, 2019 – I’ve had the pleasure of capturing some great highlights of Soichiro over the past few years from winning best trick at 2018’s Winterclash, taking first at the Boschi Pope Skate Off that same year, 2nd at 2019’s Blading Cup, and then taking a last minute trip to Japan where we stayed mostly in Tokyo to film street and wrapping up in his hometown of Okayama.”

“While in the U.S. we don’t normally view the cicada as anything more than a bug however in Japan they are very symbolic. Aside from hearing them sing in anime and even throughout this video, they represent the beginning of summer, play a significant role in several children’s lives, and most importantly, they represent personal transformation.”

“As Soichiro states, Japan is an island which requires a plane to go anywhere outside of the country – “and because we only speak Japanese there’s a huge hurdle for us to go anywhere” – yet through his dedicated years invested into skating he was able to overcome that social hurdle and go beyond not only for himself but for the next generation of young skaters.”

“From his most recent winning, (one of the biggest – if not the biggest – pay days in blading history) at the Chimera A-Side Final, to a plethora of memorable street skating sections in videos and online, to running his own “Yamada Green” skate park in Okayama guiding some of the already most talented kids— one can easily say that he has truly discovered his passion in life or found his “ikigai” as he continuously evolves and transforms as a skater and mentor.”

Ikigai (pronounced ee-key-guy) is a wonderful Japanese concept that essentially means “a reason for being.” It’s made from two Japanese words: iki, meaning “life” and kai, meaning “effect, result, worth or benefit.” Combined: “a reason for living.”

“Examples of ikigai are often related to aspects of social identity — including work and family life — but it’s often explained as something more than that. It’s the idea of seeking a purpose in everything you do in life. Hobbies, friendships, community and travel all add to your ikigai.”
-Elaine Mead, Darling Magazine, Jan. 2018

“Thank you to everyone who helped make this episode possible.”