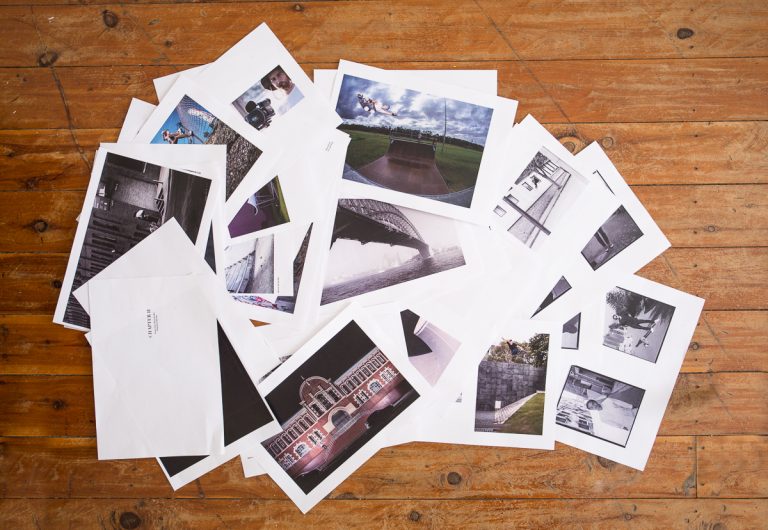 ADAM KOLA: MAKING THE CHAPTER II BOOK WAS THE NATURAL THING TO DO

Adam Kola has been involved in blading photoghraphy for well over a decade, and has contributed to almost every rollerblading print magazine published in that time, therefore there’s really no need for a lengthy introduction of his work. When we got an opportunity to talk to him about his involvement in Dom West‘s Chapter II project, we jumped to it. 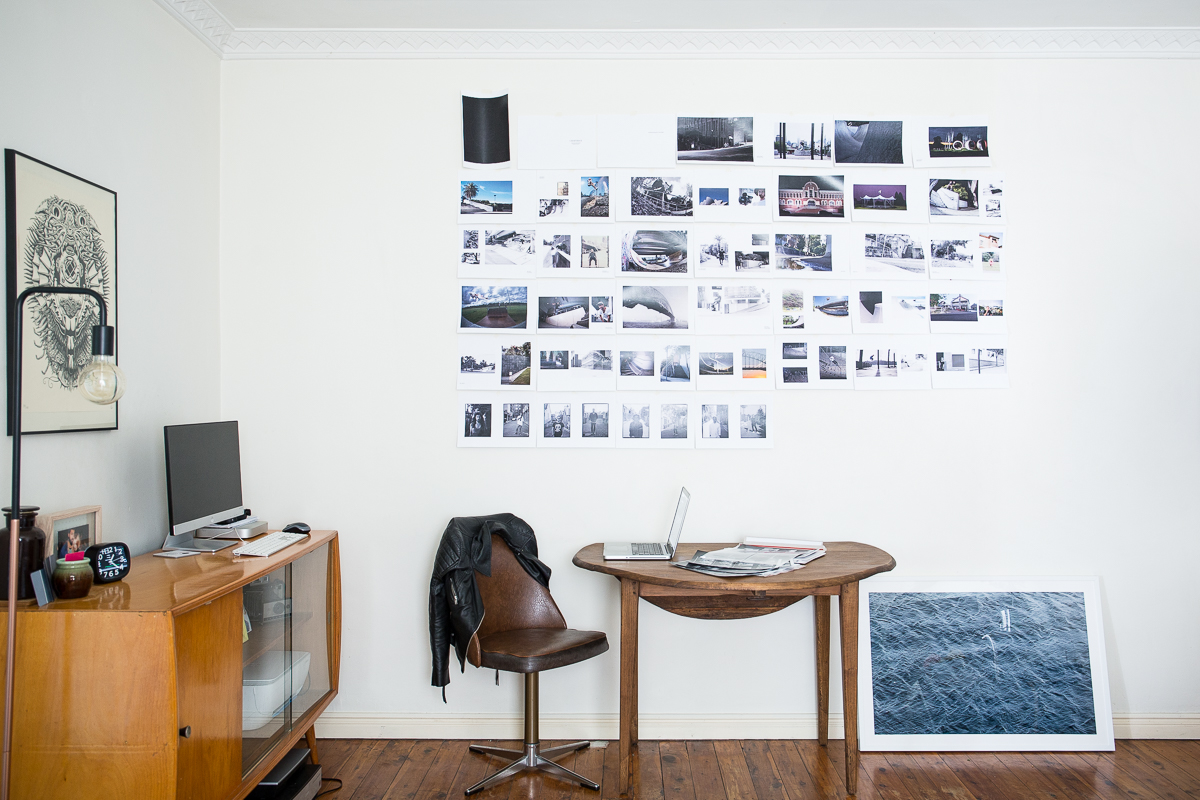 Words: Josip Jagić
Photography and photography of the photos in the book: Adam Kola

How did you get involved in Chapter II, do you and Dom go a long way back?
I first met Dom at the second Paris IMYTA I think. It was actually through Be-mag now I think about it. I used to get sent a whole bunch of the magazines to sell and I would always keep them on me during my travels, this time was at Bercy the day before the main event, Dom always bought one everytime I saw him, true supporter. Ever since then I would bump into him every now and then in London etc. I also visited Sydney when Vine St. was first being made as my bro lived out here.
During my time living in Brighton Dom moved there for a year with his girlfriend to further his studies and we got to hang out a whole bunch then and maybe it was around that period that I had mentioned it would be nice to live in Sydney rather than visit again especially as his plan was to move back. My girlfriend and I moved to London for a while and then decided it was time to give Sydney a go. Leading upto our big move I had spoken to Dom a lot and decided we should get a place together once we arrived.
Getting involved was only natural, when we first got our apartment Dom had already began filming but it was in its infancy. We spoke about different platforms in which the video could be presented and with me being around to photograph everything it was only natural for us to think of print. Both of us are pretty nostalgic when it comes to rollerblading, especially when it comes to physical product.

What was your motivation?
I don’t think I really needed much motivation, this is what we do! The blading was going to happen, the clips were going to get captured and I was always going to be around to shoot it. Knowing we would have a final piece filled with good times was always inspiring. Photography is meant to be printed and the fact that we have very few sources of that right now is disappointing but it does mean the book is a lot more collectable. Seeing your photo printed but printed how you envision it is rad, no other way to put it. 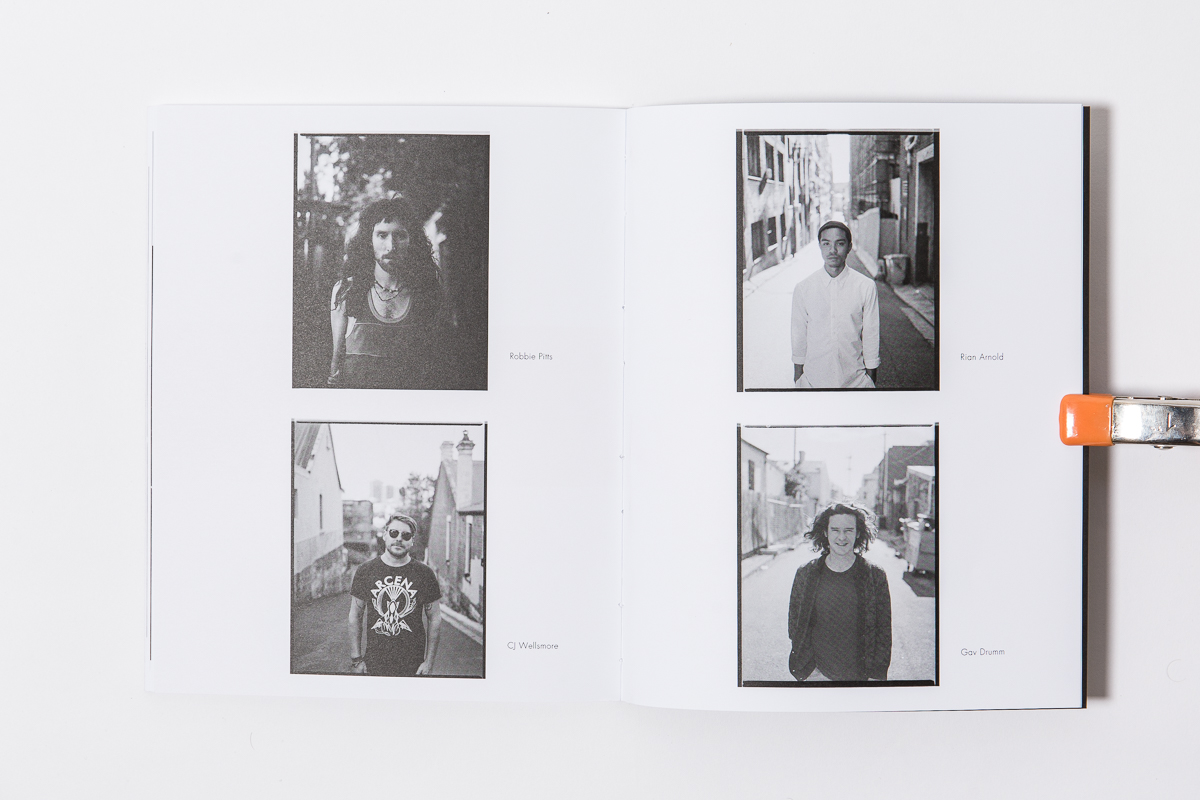 How long did it take to make the book, from the idea, to the layout, to the print and distribution?
The idea basically came shortly after Dom knew he was going to make a follow up. So with every image I shot I knew it had an end game. I would say it was around April/May 2016 that we started to discuss size and format.
Layout we wanted clean and simple. More of a photo book than anything else, we didn’t need much text and it would interfere with the aesthetic of what we like, it was definitely a hard call sometimes as I love negative space but certain images deserved that double page spread.
I wasn’t too familiar with In-design but my girlfriend is a graphic designer so she gave me a few pointers when needed.
For the print it was always going to be a matte finish. Thick, heavy weighted stock that could give the images some density and longevity. I was shooting on a whole host of mediums so we needed something that could link them all together tonally.
I inspected a whole array of bookstores and visited many printers to get a feel for what they could offer and I’m happy to say what we chose has actually come out better than I imagined, the images all look excellent.
We decided to sell it privately as then we have control on the final price. The project has costed us a lot more than we imagined so using any form of distribution would have made the retail value of the book too much and we didn’t want to limit or deter people from buying it.
All in all I would say its been around 6 months of playing with the layout as well as continually photographing everything as the actual printing of the book only took a week to get it back from the printers.
We had wanted to have it back in time to make the blading cup premiere but we had a few delays with making sure the proofs were 100%. The Sydney premiere was the Priority though and luckily we got the first run the evening before the screening. 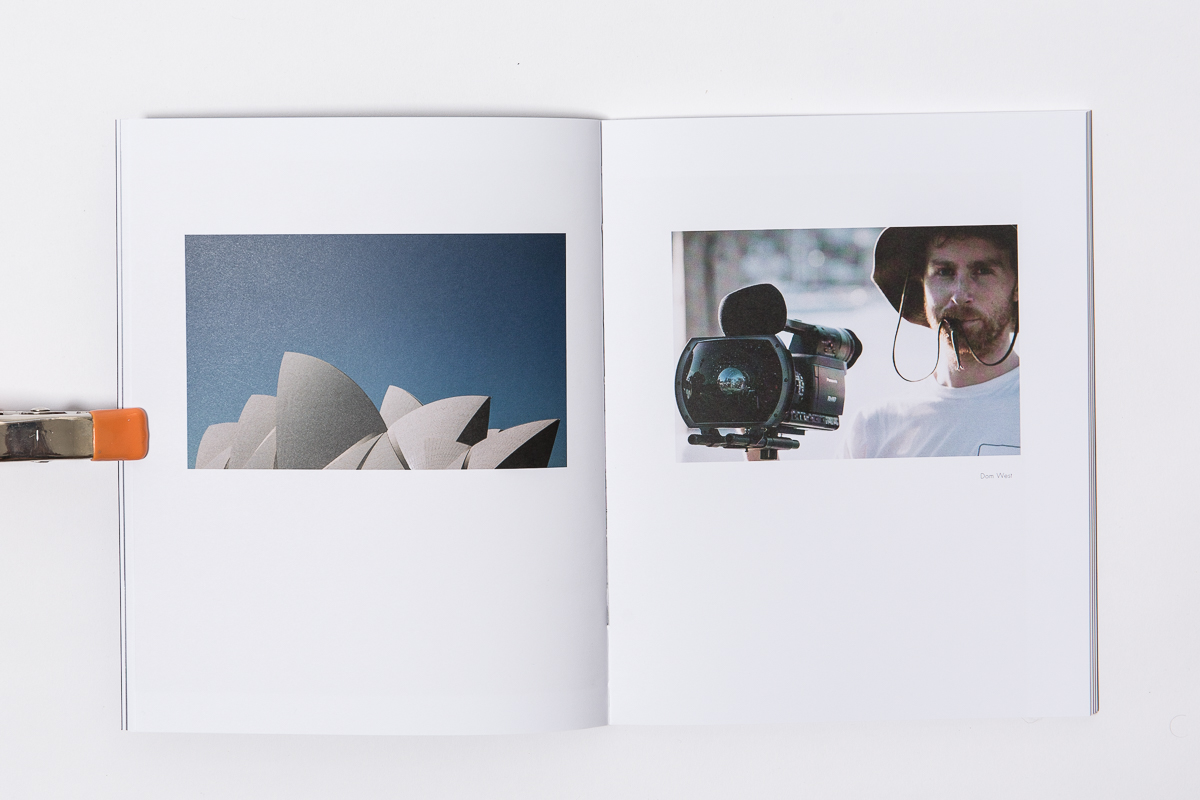 Why did you choose to make only a limited number of copies?
I think mainly because we were unsure as to whether anyone would want it. Although I’ve provided content for magazines for over a decade now I’ve never really been on the publication side of it where you see what the actual numbers of buyers are.
Also the book is a secondary project, the video is the focus and if you ask most bladers I’m sure there more inclined to buy a video than a book. The cost was also an issue, it’s a hefty sum to put up on what is essentially a gamble, so we had to be aware of these factors.
Thankfully though, as I write this, the book has been on sale for over a week and I have sold out. So for anyone still interested head to Locoskates, Intuition and Skater HQ.

What’s the book format? Is it a coffee table book or other?
It’s 10×8 in size and definitely heading in the direction of a coffee table book. We had originally gone for a Casebound finish which is what most would classify a coffee table book but then went for a different approach. The thicker grade paper we have used on the cover still gives a solid firm finish especially with the foiling we have used for the Vine St. logo and then its section sewn allowing for a lay flat experience for the spreads and then perfect bound to finish it off.
So I personally don’t think it would look out of place on anyone’s book shelf or fancy design studio. 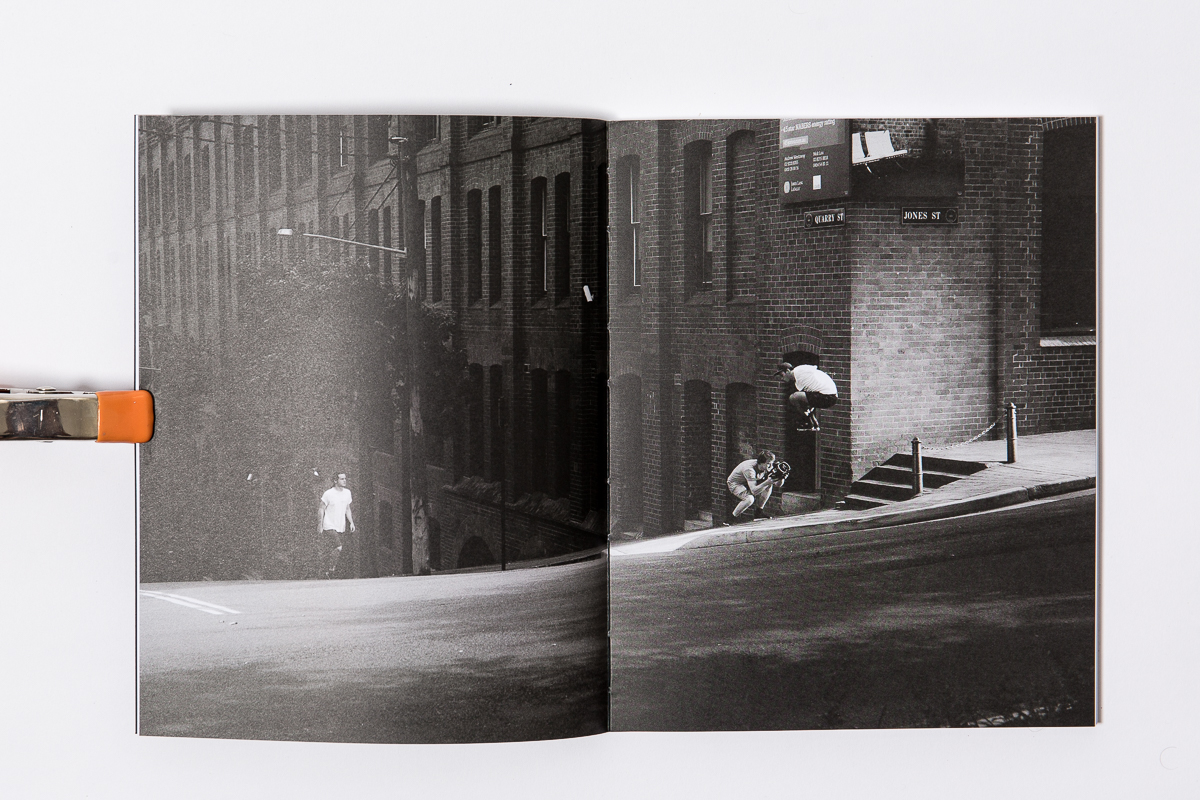 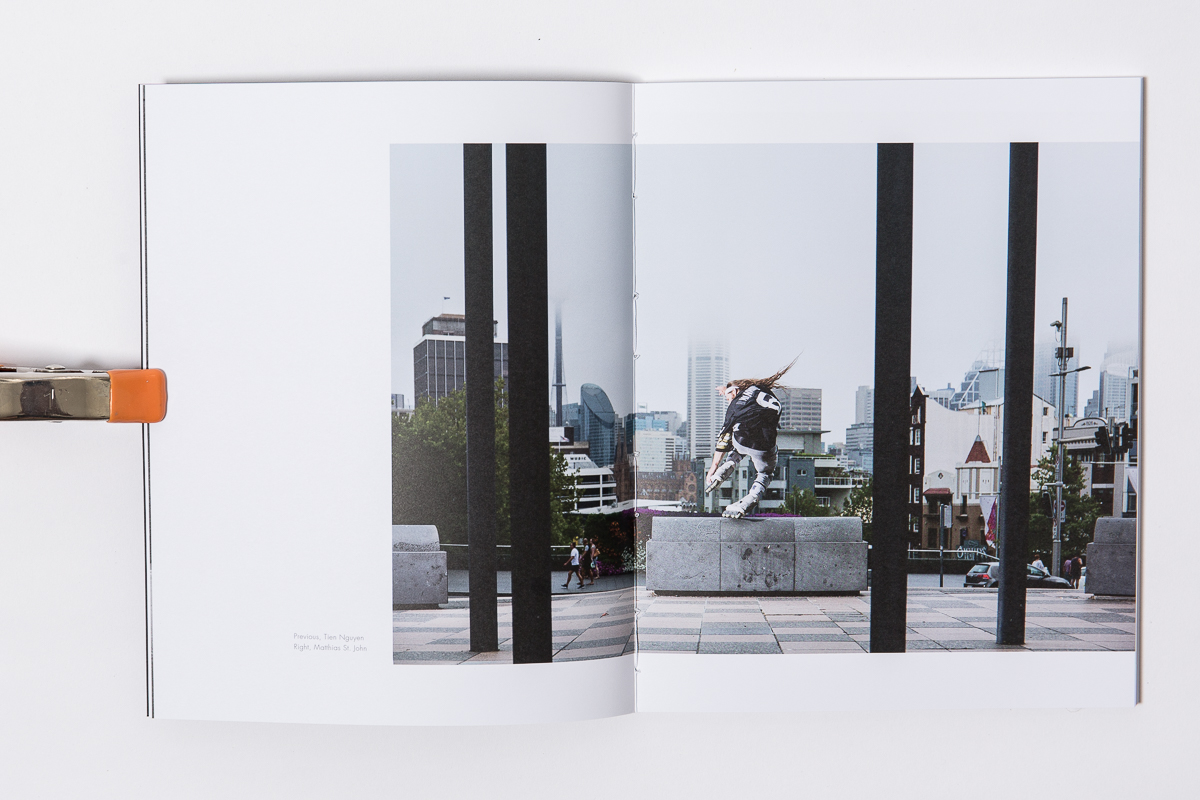 Who did you enjoy working with the most during the creation of the book? And what was the biggest challenge?
The majority of the book was created during sessions, everyone hanging together and blading as a crew, that’s what Dom has united in everyone, so the content was gathered as a family together. There’s a few images which are from a solo trip to get a specific shot which I must say I do prefer sometimes.
The biggest challenge was probably trying to get that happy blend of lifestyle and solid blade shots. I have enough images to produce two more books both with a completely different aesthetic. However this book is going out to bladers, so its definitely more on the blade shot tip. As much as I love the candid lifestyle imagery that an outsider would appreciate, this isn’t going to be marketed to them so I had to keep it even. In saying that I think ive sold a bunch to non bladers who have been really into it.

A lot of blading photographers made it big, from Brian Smith to Ryan Schude to Konoske etc. What were your first idols and did you have any role models in blading when you started (I personally always loved Donhowe, I guess not many did)?
What makes you think not many like Jonny Donhowe, he was legit. Shot some of the best DB photos that’s for sure.
My first photography inspiration was Lee Mart, he started DNA mag with a few others and was a huge figure in British skate media. Thinking back to his images now they are just so true and real. The colours and depth he would get I don’t think anyone has matched since. He just had that iconic attribute you know.
I was young and so seeing anything in a video or magazine I admired. Looking back at DNA it depicts the early days of me really falling in love with blading and portrays that era perfectly, i wonder if the various generations below me feel the same with Be-mag, One, Kingdom, Haitian etc.
I would love to know how they view the blade scene and what they feel when they see a new video or image.
The more I got into photography and shooting blading i was always loving Anto from crazyroller and Wes Driver. However everyone that shot for the mags were great and had incredible imagery, they were just some of my favorites. 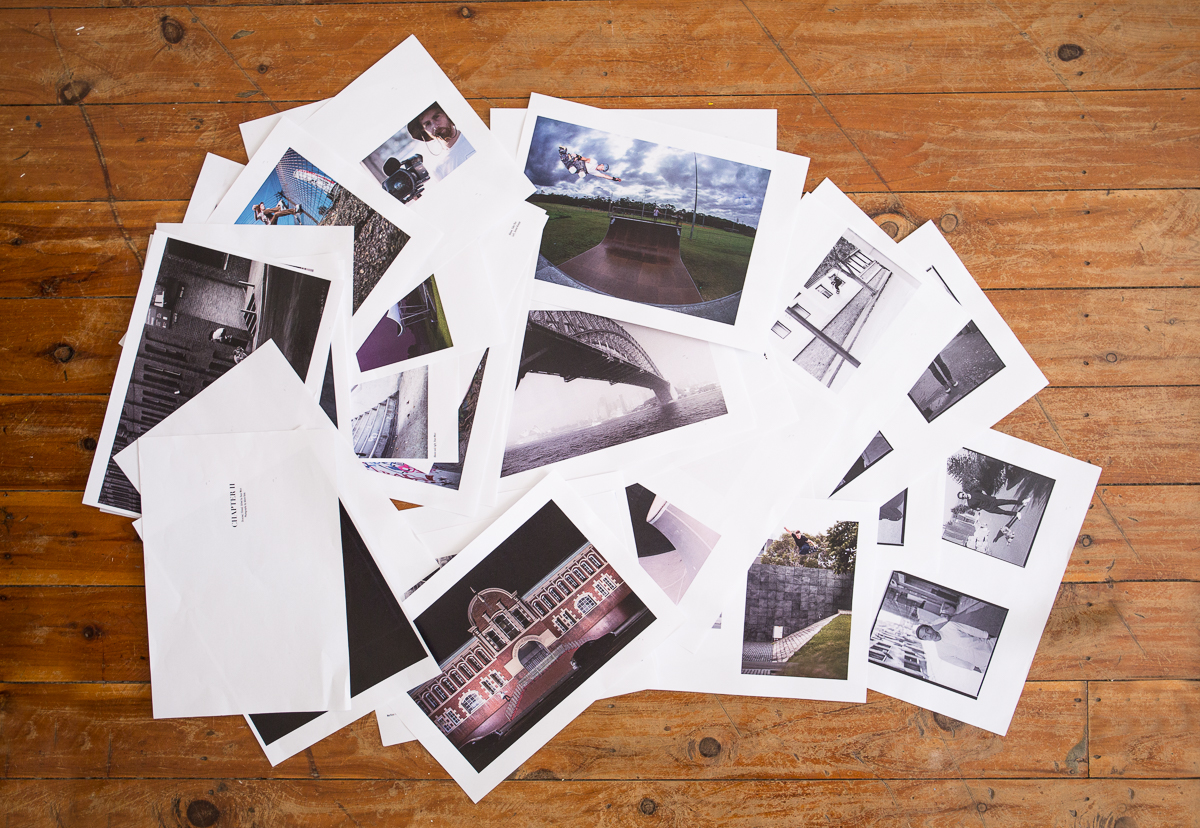 Do you think that the proliferation of online contributed to the downfall of print media in rollerblading, or do you think it was more complex than that?
It’s definitely not helped haha. The main contribution is just lack of people rollerblading. I work in the commercial world a lot now with my photography and every industry has been hit hard, anything print has declined massively but they still exist because they have a readership out there. Most have had enough time to adapt and use the web to benefit them and use it to support their print projects.
We could do the same IF we had rollerbladers, there’s skaters out there that like photos just a smaller amount to 10/20 years ago. You’ve all heard it before though, information is instant, we are in a completely different generation and for the general majority it’s all about feeding everyone what they want to see immediately.

Your website Booted is well known for hand picked collaborations and you seem to be very picky about who you’re working with? Do you think that’s the only way to go?
We haven’t done much with the booted for a long time now which is a massive shame. Olly and I had a lot of bigger plans for it and what we did cover were merely the stepping stones to try and push the site and culture onto bigger avenues.
We had always wanted a site that was the very best in blading. So for any random person that walks past and was intrigued about what they saw they had a site to go to that showed it off well. However to ask the best bladers to gather content for not much return especially in our current situation was always hard. I also didn’t want the site to be mainly my images, we wanted the site to be global and cover the world.
It’s also just as easy for whoever the contributor and skater is to release the content themselves, as I said before the world wants to see everything instantly so there’s nothing to stop them from getting that instant gratification and notoriety on there own channels.
I was also shooting for the Chapter 2 book so my content was slowly being limited and there was only so much Sydney people could take.
If im honest I’m very picky with what I choose to watch these days, even if there are 10 edits a day being released I’m my own filter system.
I don’t think the way we did the site is the only way to go, we just had a very specific vision. 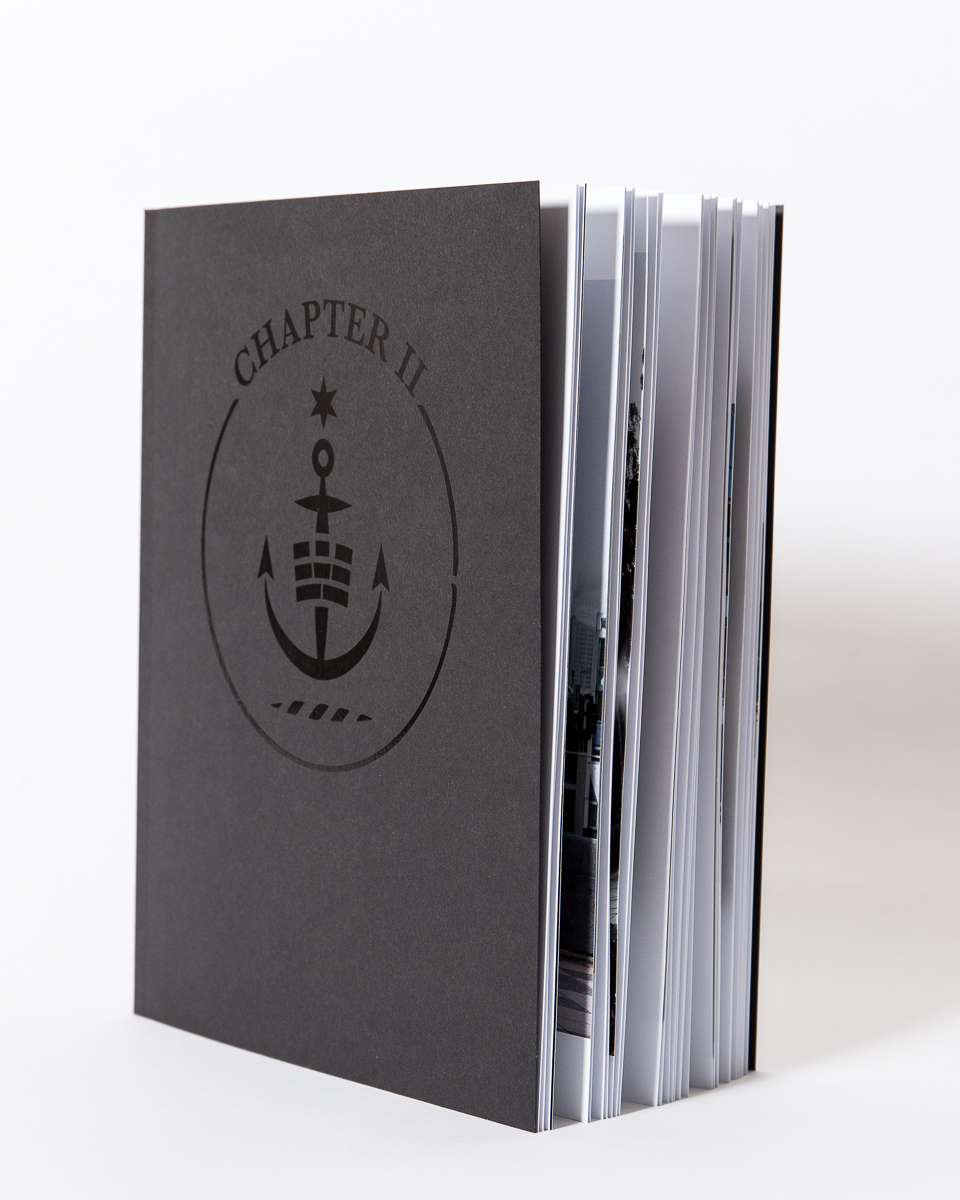 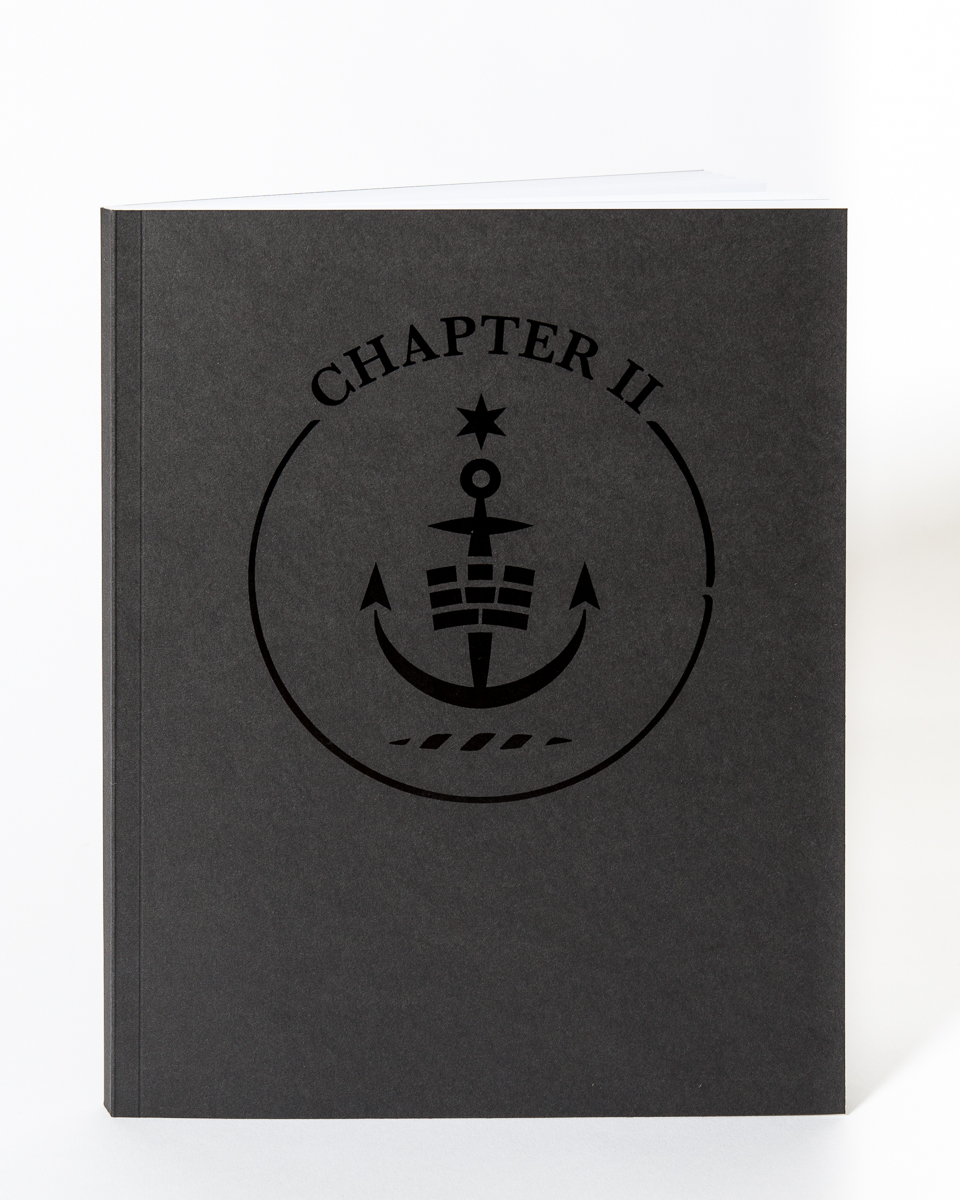 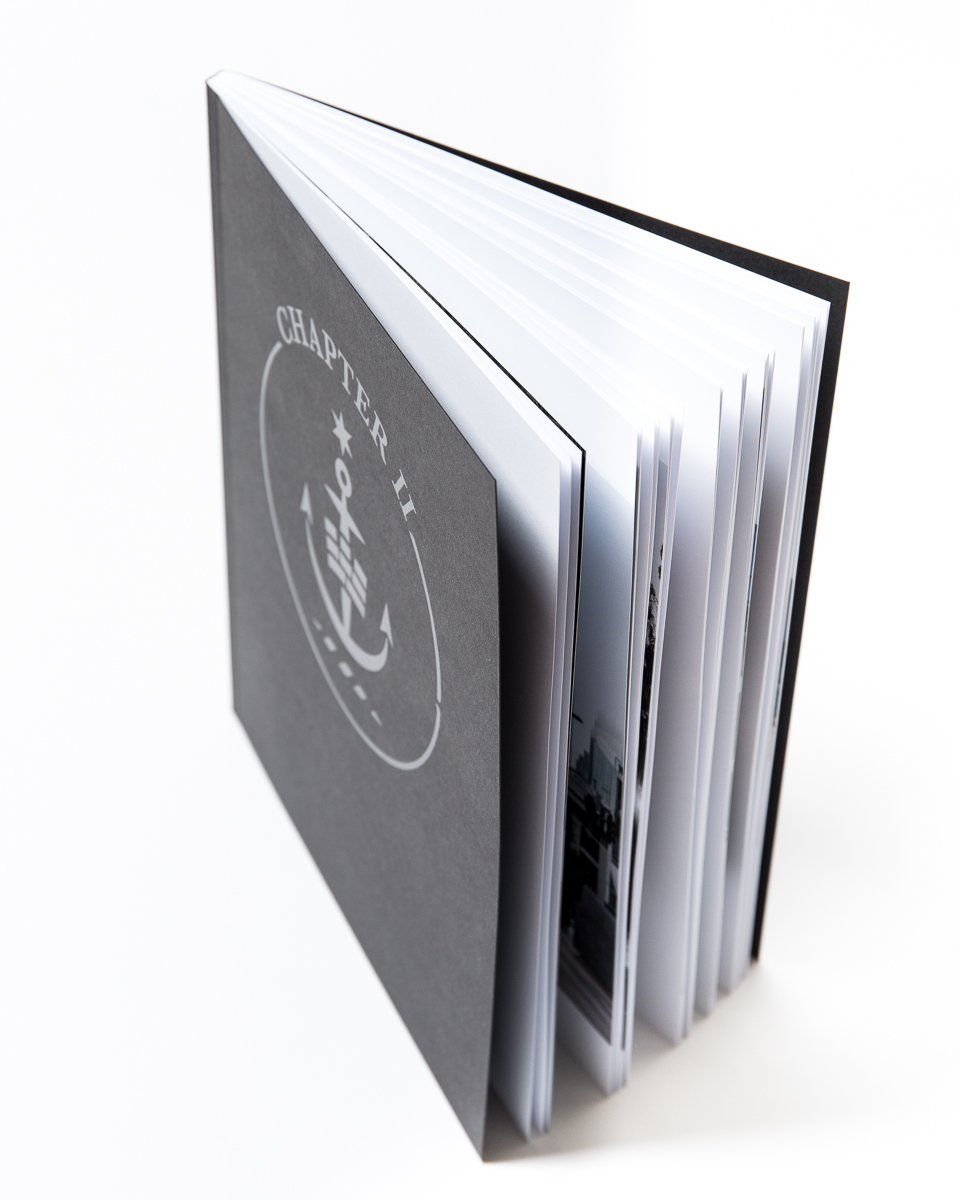 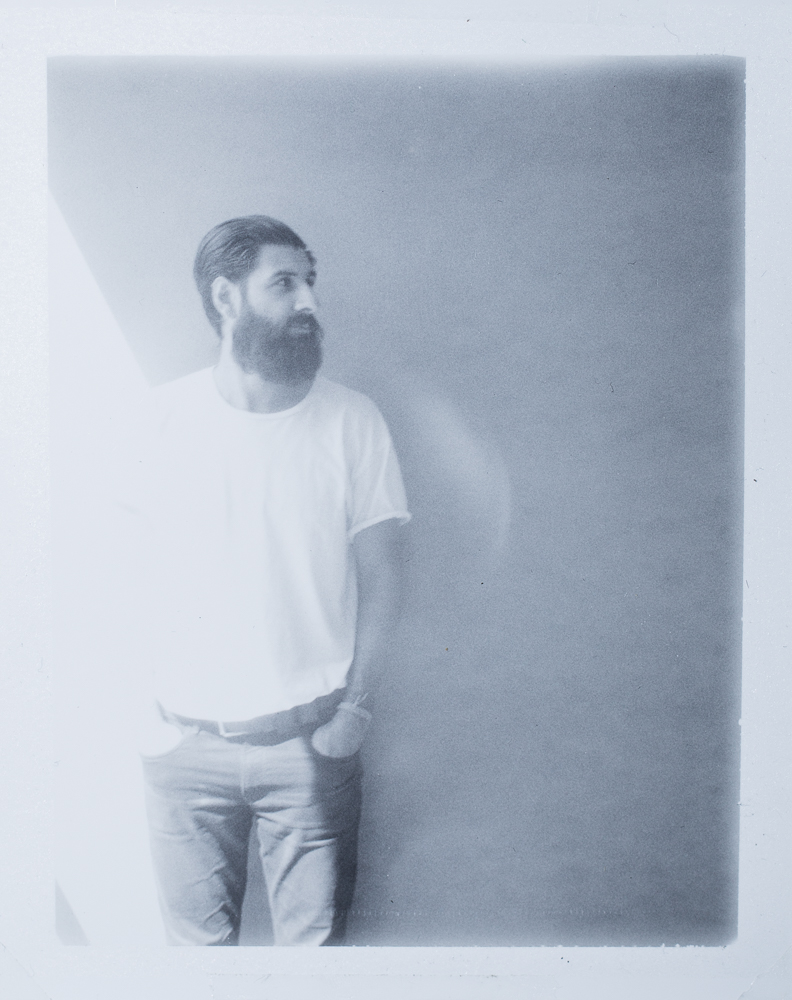