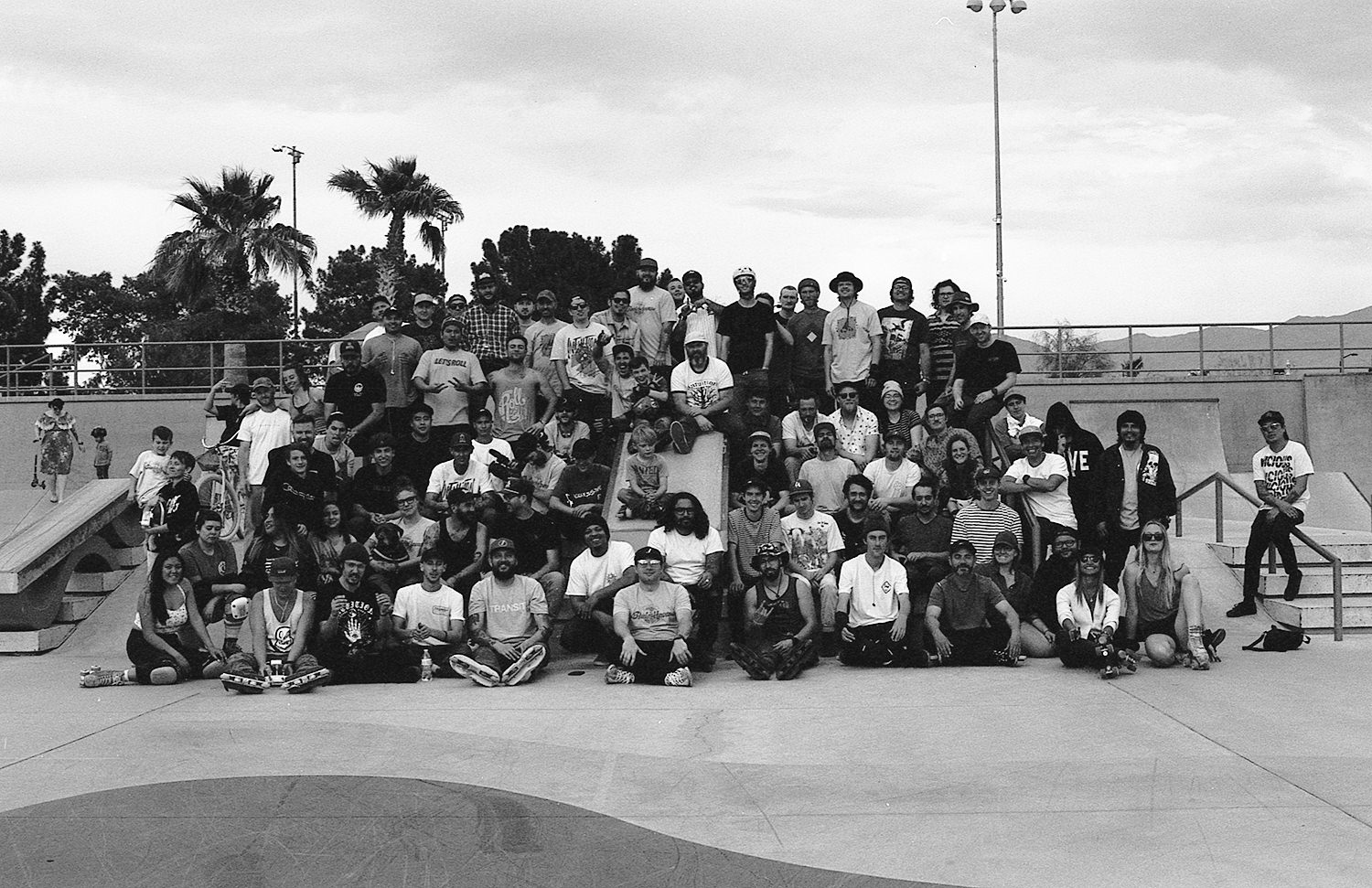 I was 12 the first time I ever visited Lake Havasu. I had convinced my father to drive mid-February to attend a pyrotechnics convention, because that’s what every 12 year old does right? A child amongst bearded old men, congregating at a manmade watering hole to hone the crafts of their trade. Two things left an indelible mark on me from that trip: people like to watch things burn and the Arizona night sky bursting with an infinite amount of stars against the boundless darkness. As it turns out, both proved true 24 years later upon my return to the desert oasis for Bladehavasu 2020. Every night sandwiched between convening bodies around crackling orange flames on the ground and an endless sea of stars smoldering in the sky.

I’m not much of a camper, which is the whole allure of Bladehavasu. You ever have something on your bucket list that’s out of character but you’ll be damned if it’s not experienced? That’s what this was for me. Years of saying I’ll go next year—Oh I missed it, oops, next time. Having come off my first Winterclash, the itch to travel and blade made itself known. I can see why many in the blade community never stop touring and traveling; it’s an intoxicating ambrosia to keep consuming. Your friends, your family, the commonality of passions, an experience as different as it gets from everyday life. That’s what gets you the most after these events are over. You feel disconnected. Maybe not like you’re a member of the borg and their hives, yet there’s a sense of loss when you’re pulled away. It’s what many of us feel after Blading Cup, Winterclash, Powwow, Blading Camp. It’s something greater than ourselves. That’s what travel offers as well.

Every morning I woke up to the Arizona sun bursting through the windows of Cletus Kuhn’s car, enveloped in an early 90s GI Joe sleeping bag from when I was 10 (clearly I haven’t grown much). Like I said, I’m not much of a camper. Every time, I was also the last to wake up. Sounds on brand for me. The first moments I was awake, I questioned the foreignness of the land coming into focus. Muted brush surrounding the car; grays, browns, and reds the palettes of the landscape while unnatural hues from our presence broke up the wilderness into something neither nor. A car door opens and the cool air takes the place of hot coffee. I felt the grime and grit in every fold, the odor of yesterday’s camp fire in my disheveled hair, the taste of sandy desiccant on my tongue in search of water. Then comes the inviting waves from the people next to you — your friends smiling and wishing you a good morning, asking if you’re going to the skate park soon. I may not be into wilderness living, but I can get used to the feeling of waking up to welcoming faces.