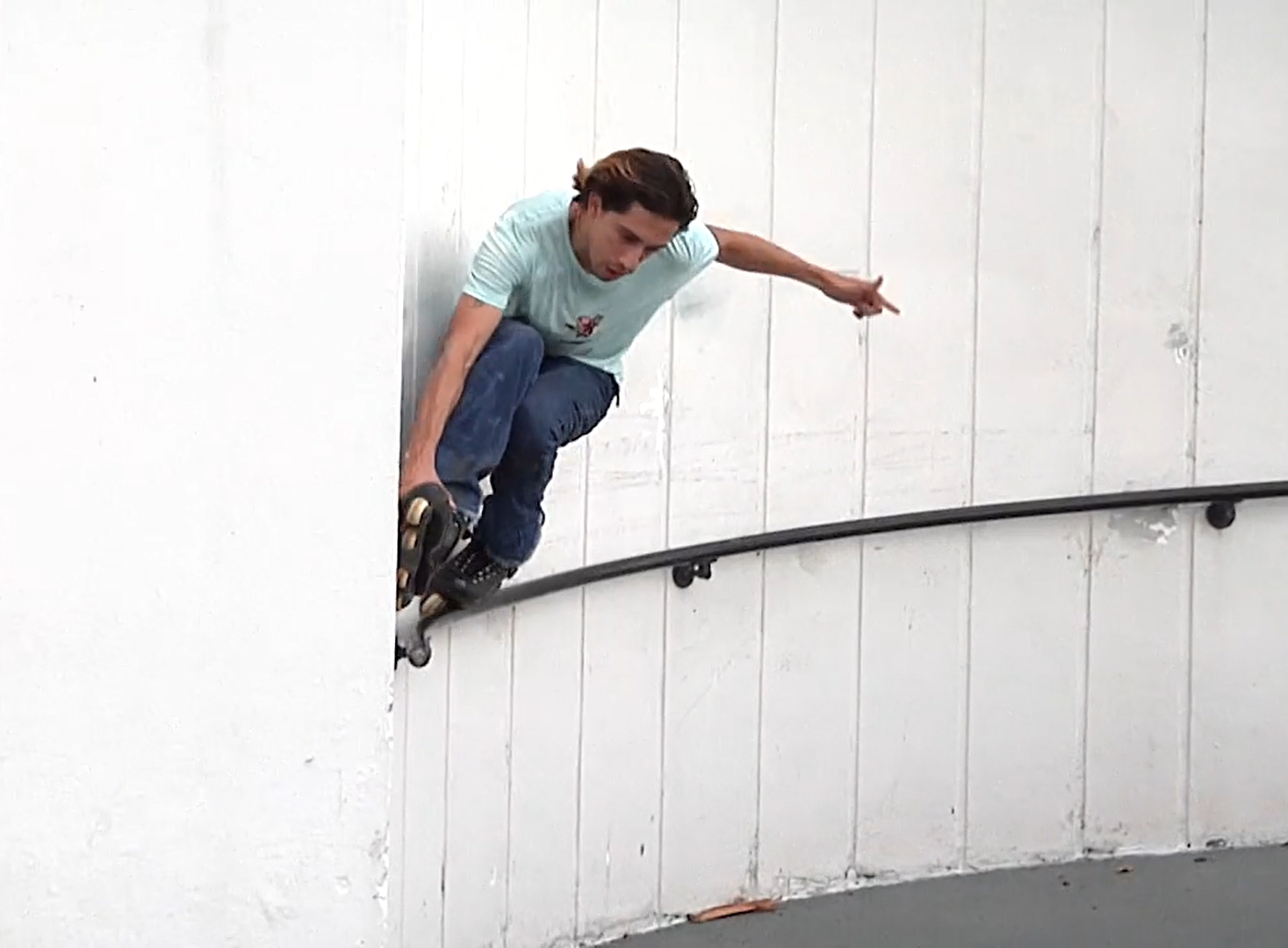 Pablo Porta and the Papis team have just dropped their newest video titled “Anger” which was filmed in the beautiful cities of Miami, New York City, Chicago, Atlanta and Los Angeles and features an extremely diverse caste of bladers from all over the United States which include:

We had the opportunity to speak with Mr. Porta about the filming process behind “Anger“, his ironic name selection for the video and the adversities that he faced in filming a video spanning the U.S in the middle of a pandemic. Check out what Pablo had to say.

Kevin Little | Hey Pablo, thanks for taking the time to speak with us. So, you just dropped “Anger“, and the skaters featured in the video all come from various areas and was filmed in a wide range of locations. Did you have any difficulty in traveling to film the video with the looming pandemic?

Pablo Porta | Definitely, I believe all of us were trying to make an effort to be socially responsible through out the pandemic. So with the inability able to congregate and film, that definitely impeded the original release date to get the project done in a timely manner. It was even harder for some of us who had family/partners with immunodeficiencies. It wasn’t until mid-summer that we were able to get the ball rolling again, filming with our respective locals and making limited visits to one another’s state.

KL | With all of the concerns surrounding not injuring yourself during the pandemic, were there any major injuries to the crew during the filming for “Anger”?

PP | Fortunately aside from some cuts and bruises, we all held up pretty well. At worst I believe some minor tweaks in our joints. Yandriel in his ankle/heel I believe, my knees, and I think Zack was having some trouble with his wrists, but nothing serious. I really need to get involved with yoga or pilates to be able to perform as long as the 79 Year old rollerblader dude (Frank Hernandez).

KL | Also I am a huge fan of your chill, ambient musical selections for the video. Do you struggle to find the appropriate songs to use or does it come rather easily for you?

PP | It can be a bit tricky trying to match beat and rhythm with the flow of footage and aesthetic, but I’ve been planning on using shoegaze/dream pop/alt. rock music for a project for quite sometime, started building a playlist, so it was rather easy this time around. I’m mostly concerned that I’m not re-using a song that’s been in a video already. I believe I’ve done a decent job of avoiding that faux pas.

KL | The title of the video “Anger” brings out some pretty strong emotions for such a relaxed and chill video. What made you choose that title?

PP | I think it goes without saying that many of us are passionate about rollerblading, but perhaps I’m speaking on my own behalf, but I believe there are just as many frustrations and qualms we face within this industry. I guess the title was intended to represent that irony. I know some of the homies pick on the name, definitely gives me a giggle.

KL | So will “Anger” be the first in a series of emotion themed videos? Will be seeing Anxiety or Depression in the future?

PP | Hahah, I don’t think so. I’d like to be more passive with my projects moving forward and make smaller edits. Filming and editing really does take time and energy, that at my age I really would like to spend more time invested in the actual act of rollerblading.

KL | So does that mean that we will be seeing a new Pablo profile in the future?

PP | I like doing projects with friends predominately. I’m never necessarily determined on making my own solo profile. I’d like to collaborate with some other filmers if anything, but I’ll probably make my mini-files for Konjure. Honestly I’d like to make a profile of Zachary Pollak. His quite the product, but his obsessed over IPhone filming, posting on IG/TikTok at the moment, so that’ll have to wait.

KL | So “Anger” is very unique in that is primarily montages with skaters from all over the US. What made you choose this format as opposed to the profile driven video that have always been so popular?

PP | Well thinking back to Haitian Magazine’s first video that pushed out, I remember how much I enjoyed seeing just a mosh of different faces popping off for 15 minutes straight. So that’s what came to mind when I decided to opt out of editing in traditional format.

KL | Well Pablo, the video was incredible and it has been great to speak with you about it. Is there anyone that you would like to thank or shout out for their support with your project?

PP | Thanks to Zack Pollak for dealing with my shenanigans, I know I drag him around a lot. Yandriel Silverio for being able to always match my energy to skate and film. All the homies who helped contribute and film this piece, and Konjure Brand (especially Rob Harrington) and all other sponsors for supporting all of us in this project. And thanks to you Kevin for the time and opportunity, Ciao for now!

BE SURE TO FOLLOW PABLO @PORTPABS & THE PAPIS CREW AT @PAPIS_TEAM