Are You There? Popular Rollerblading and Progression

In this article I would like to explore what a Rollerblading culture based in standardization might look like and whether this could have an impact on Rollerblading’s progression.

Firstly, in a broad sense, we need to establish what standardization is. According to the deputy chief engineer and principal researcher of the China National Institute of Standardization, Wang Ping, Standardization can be defined as

and claims further that,

Whilst this definition refers to industrial and business applications of standardization, the underlying principle remains the same in the case of art and culture. Theodor Adorno, a twentieth century cultural theorist and philosopher, who believed in Neo Marxism, suggested that a “culture industry”, supportive of Capitalism, exists to perpetuate mass commodities in favour of “true art” which could examine or question social life. This theory extended to popular music in which Adorno characterized by standardization and pseudo individualization.

On a basic level, standardization, for Adorno, meant that popular music is formulaic and similar. Songs are constructed in a way that elements within it could be replaced with one or another of its parts, without an impact to its whole, thus, the very act of listening to popular music is pre-digested. Adorno also introduced the idea that standardization evolved from competitiveness and that “non-compliance with the rules of the game became the basis for exclusion, [as] one song scored great success, hundreds of others sprang up imitating the successful one”.

Despite the obvious comparisons we can make here, to begin with, let’s consider how our early experiences of rollerblading and the influence of our historical background might relate to standardization. It’s likely, for many of us, that our primary instincts as a beginner Rollerblader were to learn a basic set of grinds on a basic obstacle outside our house. 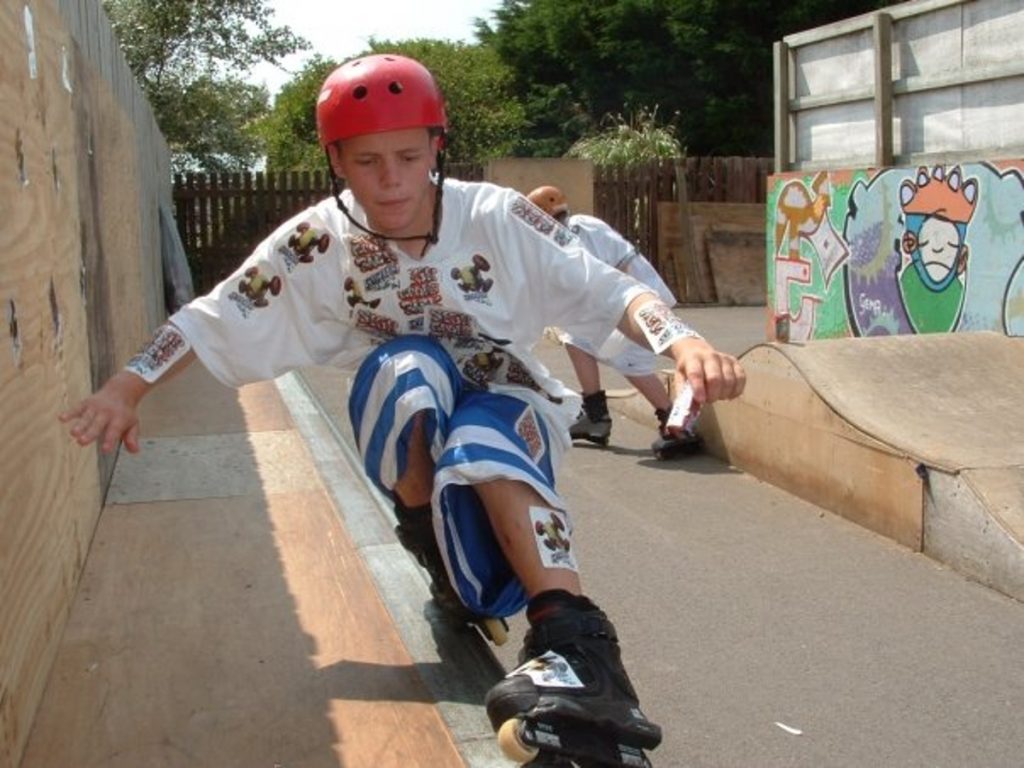 This early experience draws upon our collective understanding and assumptions of what tricks and attitudes are centralised and accepted. Arlo Eisenberg, who was the marketing director of Senate, had a big part to play in this. In his vision, “[he] wanted rollerblading to be rebellious [and] infiltrate mainstream culture”. His mode of achieving this was to “steer clear from what [he] perceived to be weakness” by promoting messages like “kill your parents” and “destroy all girls”. 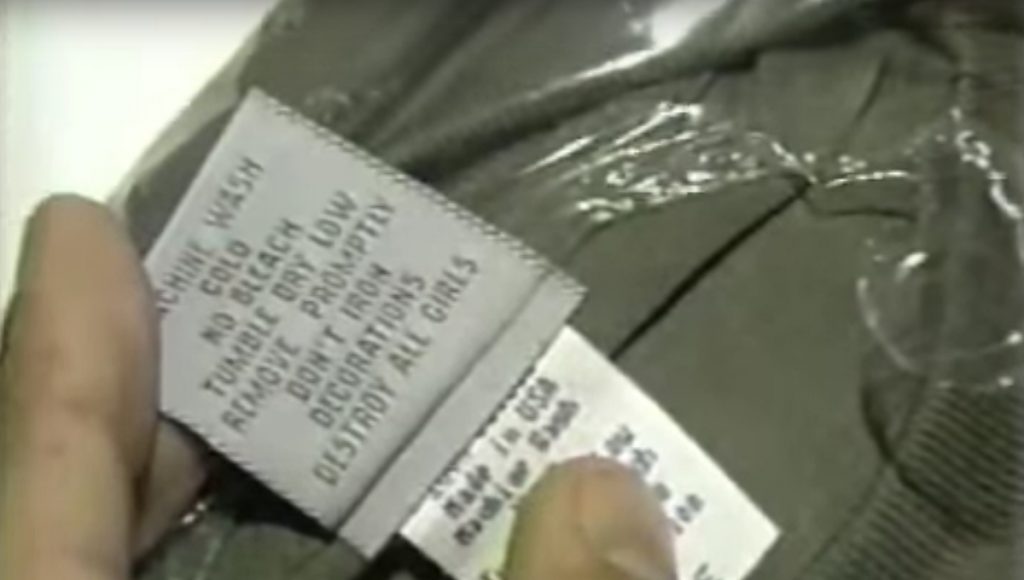 The assumptions and attitudes that grew out of Senate’s aggression have become so enmeshed in our culture they are, in fact, invisible and taken for granted, thus, they can’t really be questioned or scrutinized. Consequently, for a Rollerblader’s tricks to be widely accepted, they must do two things. Firstly, they must get our attention in some way. Secondly, they must align with what, even a beginner Rollerblader, would recognise as the “natural” or “inherent” qualities of Rollerblading, which, as we’ve discovered, is a basic set of grinds on a basic obstacle, influenced by an attitude based on aggression. This results in perpetual imitation, or, as Adorno refers to it the “freezing of standardization”.

Pseudo individualization, for Adorno, meant that the imitations of the successful song are sold to us on basic differences that make them appear distinctive, thus, the songs, according to Aida Ramos-Wada,

Imitations of a trick or an edit can also be sold to us on basic dissimilarities. If we look at the soul grind, for example, there is no principle difference between it being performed on a curb or being performed on a rail. The obstacle misleads us into believing one has distinction over the other, when, in actuality, they are both only a soul grind. Whilst the simplicity of this example makes the theory (metaphorically), clear, Rollerblading can be very technical, so it is challenging to apply it universally. For an educated Rollerblader, however, a genuinely individual trick (or set of tricks) would be memorable, unmistakable and un-exchangeable. This is highlighted by Alex Wild during a discussion about progressive Rollerblading, he states

Given that there is no reference to a Rollerblader’s name or the video it appeared in, and that the only way to define the trick was by describing its action (running up handrails, on rollerblades), is testament to the idea of genuine individuality. Of course, we all know that the trick Wild is referring to was performed by Leon Basin in Mushroom Blading’s Big Wheels 2. Therefore, by way of comparison, a trick (or set of tricks) based in pseudo individualization can be defined as forgettable and easily mistaken. It’s only after excessive repetition and imitation can it come to be distinguishable or of any psychological importance to the viewer or culture.

The above, then, has determined that standardization and pseudo individualization, in order to achieve success, commodifies rollerblading and seeks to exclude more explorative, or progressive, forms. Now, rather than looking into the distribution of standardization, which plays a role in its perpetuation, it may be more practical to understand how we can relate to these principles so that (if we wish to) we can empower ourselves. Jon Lee recently posted a facebook status, which gained a reasonable amount of attention, sharing his views on progressive Rollerblading, he states

Lee’s suggestion is that a grind, for example, on a drop rail has more danger, or at least takes more skill, therefore, it has more value than a grind on a curb (which in his view takes less skill to perform). Our reactive conditioning hooks us into these debates and tempts us to align ourselves to one side of the argument or the other. Do we take the aggressive stance of Senate or do we take an alternative? The reality is, if our belief system has not been addressed, any alternative is likely to cause the same problems as Senate. Therefore, the dialectics of theses arguments, under scrutiny, are irrelevant and fundamentally the same, sold to ourselves based on their basic differences. Or, as Sean Santamaria puts it,

Now, as was pointed out in the article Doing Dangerous Tricks, the way that one skates should be determined by what the individual finds joyful and fun as opposed to being determined by a pre-existing belief system. Hopefully, if it is what we are trying to achieve, we can begin to see that blind obedience and reactive conditioning to our assumptions, that are so known to be true that they are never questioned or even realized, aren’t likely to contribute towards the evolution of Rollerblading.

In conclusion, we have established that popular Rollerblading can be characterized by standardization and pseudo individualization, which is based on sets of rules and assumptions formed in the early stages of our historical background and influenced by aggression. We are blindly obedient and reactively conditioned to our assumptions which, in a desperate quest for success, perpetuate conformity in favour of exploration, which may or may not be able to cultivate progression.