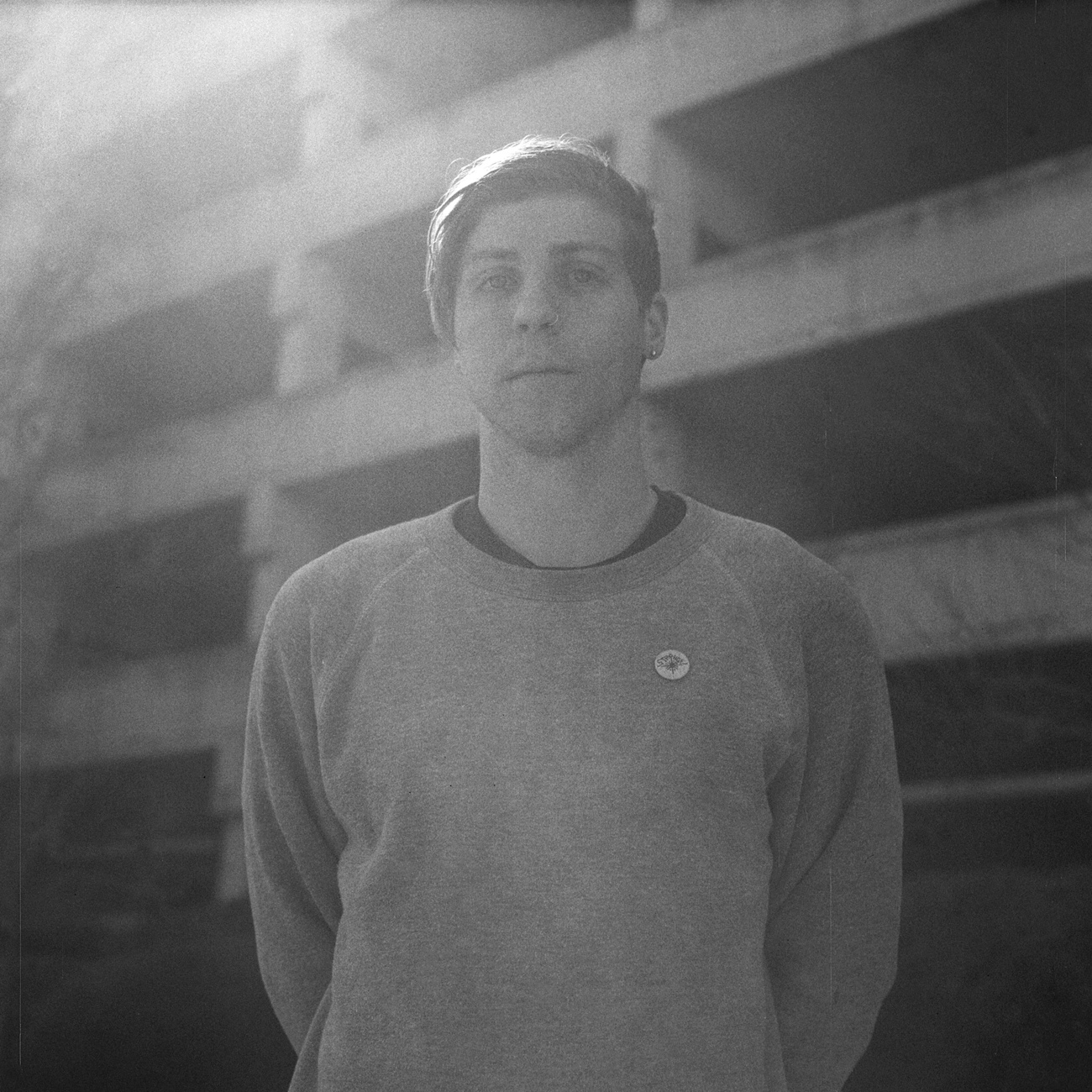 Behind the scenes: Alex Broskow and David Sizemore about the V13 “Coffee” Pro Model Promo

Alex Broskow’s promo edit for his new Valo V13 “Coffee” Pro model has hit over 40k plays in just one week online. And as with every other Broskow web/video section, this one has quickly caught the attention of everyone with even the slightest connection to blading. We caught up with David Sizemore (who filmed and cut it), and with Alex himself to get an insiders look at the making of this already famous edit.

The promo video was shot and edited by David Sizemore and he shared a few details with us:
– Alex and I started from scratch and shot it in 8 days.

– The week before Alex got here, Atlanta got 3 inches of snow. The entire time until the day he left it was 70 degrees.

– Alex had one bad fall and hit his head really hard, slight amnesia and everything. It’s hidden in a folder labelled “Do not open”.

– At one point while looking for spots, Chris, Alex and I were about to pull out onto a street when we noticed what looked like a college student bombing a hill on a skateboard.

*A side note, after all the snow from the previous week, there was a tremendous amount of left over salt and gravel built up on the edges of the roads.

We all noticed that the skateboarder decided that he was going to try and cut the turn right in front of my car. Then we saw him start to lose control and get the wobble. Chris from the backseat blurted out “Oh he’s so fucked.” Then the skateboarder hit a gravel patch and proceeded to lunge forward to his face and slide about 15 feet. He ended up sliding right into my car door at mach 20. When we got out to help the guy, he yelled “Is that my bone?!” It wasn’t, he just had some gnarly road rash. The guy went on to mention something about having a basketball game later that night, and having his computer in his backpack. Anyways, we finally got out of there. Wonder if he walked his skateboard home.

– A huge thanks to Chris Smith and Carson Starnes. Chris helped shoot a lot of the second angles and Carson was always around helping with extra lights or metal to cover up cracks. Honestly, couldn’t have done it without ya’ guys.

Of course we spoke to Alex as well and he answered a few questions about the skate itself and the promo video:

Hey Alex, congrats on your new pro-boot. How many pro-skates in total you’ve got until now?
Hey Jojo, thanks a lot. I’m really happy about it. I’ve had 8 total. 2 with Rollerblade, 5 AB.1s and now the coffee v13s.

How deep involved were you in the design process of the skate and can you tell us a little bit about what inspired you to go with a V13 and how you picked the color?
Well with the v13 there isn’t much design needed. I wanted it to look just like the other v13s. Jon and I both thought it made sense to have AB instead of the 13 on the back cuff. And I prefer the lower liners so I wanted those in there. That’s pretty much it.
As far as the coffee color goes I had brown and black m12s when I skated for Roces. They were supposed to be my pro skate but there were some changes happening over at Roces. I ended up switching over to Valo. And now 8 years later, I wanted that coffee brown skate.

What materials are involved and what frames and wheels will be used for the full setup?
It’s that timeless plastic boot made in Italy. Plain and simple. My setup has Create frames, DEAD wheels with Them Goods bearings.

David told us that the first trick you filmed for the promo was the back fast slide to top pron. Why not start a little more mellow but with that trick?
Good question, haha. I’m not really sure. I guess I was eager to get the ball rolling on the project. We were right next to the drop rail and nothing had worked out up to that point in the day. So I was just like fuck it, let’s go to the drop rail. Couldn’t have been a better way to start the filming though.

What made you decide Atlanta as the perfect city to film your promo?
I really like working, skating and hanging out with David. We have a lot of fun so that makes everything pretty easy. We’re very like-minded when it comes to skating and stuff like that. I hadn’t been to Atlanta in ages and I’ve always enjoyed skating there. Plus I like how it looks on camera. I didn’t really want to film it in Kansas City since KCMO had just come out. And our weather wasn’t the best at the time.

What was the most difficult trick for you? Which trick took the longest or maybe didn’t even work out at all in the end?
The most difficult trick was probably the savannah on the kink rail. It took a while, I was getting very frustrated. I battled for that one. There was maybe 2 or 3 times in a row that I did the whole rail and came off in the grass. And it was all muddy too. I thought for a little bit that I wasn’t going to be able to do it. Luckily David, Carson and Chris helped me to keep going.
There was 1 trick that really didn’t work out. I fell off a drop rail to my shoulder and head. It was really bad and scary. I blacked out and forgot things. All that fun stuff. It’s safe to say I have bad luck with drop rails in Atlanta.

People’s expectations are ridiculous these days. Every edit needs to be better than the last and everyone expects you to raise the bar and change blading with everything you put out. How do you handle the pressure, or do you not think about such things at all?
Well it’s kinda hard to not think about those things. I have my own expectations for myself, which can be pretty ridiculous also. I want every part I film to be different in some sort of way. It’s tough but also keeps things fun and interesting. As long as the fun level is high while you’re working on a project you don’t feel the “pressure”.

Did you have a plan before you started filming, or did you just cruise the city to see what’s possible? Obviously you don’t want to do the same stuff over and over again, so what’s going through your mind when you start thinking about the next edit or section?
I don’t think we had too much of a plan. David had some spots lined up to show me and I knew a few spots I wanted to skate. But other than that we just cruised around and stuff came to us. That’s the best way to do it.
I’m not sure if I really think about what’s next too much. I skate basically everyday so there’s certain tricks I might be doing a lot at that time or something. Really a lot of it has to so with where you’re skating at and what that place presents you.

Does it make a difference if you’re filming for an online edit or for a video section? Do you hold back tricks for the next video section when filming for something that’s going to be shown online?
If I’m filming for something like this promo, a online part, or a real video part I’d treat them all the same. The only time I’d do it differently is if it’s just a little online edit for fun. Then it would have more fun just out skating type tricks in it. I still think real video parts are the most important because they hold a certain value that you just can’t get online. Maybe I’m just “old school.” But there’s something about holding a skate video in your hands, no other format can compare. Anyways no, I wouldn’t hold back tricks just because it’s going to be released online.

The edit is out, people are excited and the job is done. What’s next for Alex Broskow in 2014?
Not really sure what’s next. Work on Vibralux and DEAD. We have some exciting things in the works. Work on some Valo stuff, Thee Strange stuff. The BLACK DRAGON SKATE TEAM is going to be doing some cool shit, so be ready for that. I just plan on skating and putting stuff out there. I’m excited for this year. There’s a lot of people really focused and trying to make aggressive inline skating look cool. Everyone should be excited.
Thanks Jojo.