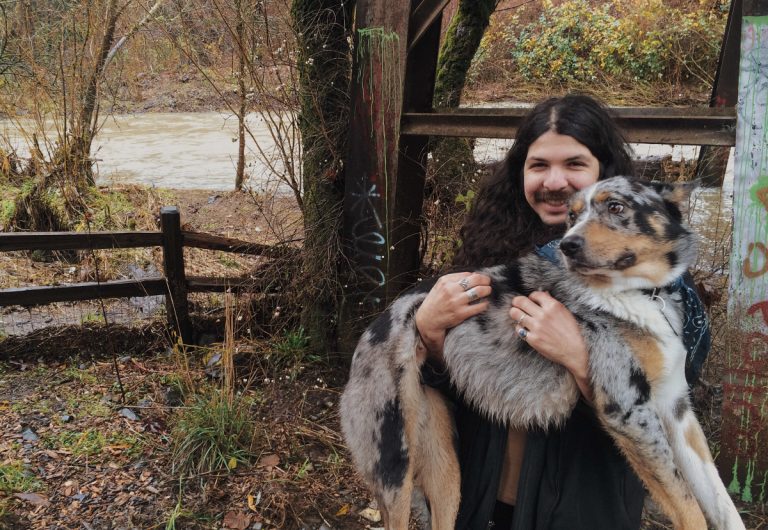 Behind the Scenes: Going Nowhere with Amir Amadi

It would be hard to argue that the release of Amir Amadi’s Nowhere VOD was one of the turning points of the year. Not only did it get everyone involved several nominations in One magazine‘s 2015 awards, but many also claimed it was Alex Broskow‘s best section to date. Quite the statement when the latter has been steadily dropping sections for the past 15 years, even more so in the mouth of Alex’s historic filmer and video guru Adam Johnson!

However, if the result is now well known and contributed to many a face melt, the process of making such a masterpiece has been kept relatively secret, and if it weren’t for Alex’s Wheelscene interview, we would know virtually nothing about how it all came about. More than enough reasons to catch up with Amir Amadi, and discuss Portland’s influence, the making of Nowhere, Thee Strange‘s upcoming projects, and a lot more: take a look, and enjoy the ride!

Hey there Amir, how are you doing man? How’s life these days?
Hey Freddy, everything’s going great up here! Life is good!

Before recent transplants Alex Broskow, and now Jeph Howard, you were one of the first to make the move to Portland. What brought you up there, and how do you like it now?
Well, we visited Portland while filming for Voodoo Show and I instantly felt a connection to the place. About a year and a half after that was released, the Haitian dudes got evicted and had their minds set on Portland. They asked me to tag a long so a week later I had quit my job of three years and packed the van. Unfortunately, things didn’t work out for them but I stayed behind and with a little help from my friends I got my feet on the ground, found a house and a job, now things are better than ever. I love it here, it’s definitely a city that fits my pace and lifestyle. Very open minded.

Do you think the place had an influence, both on AB’s skating, and the final outcome of Nowhere?
Portland absolutely influenced the entire project. Every spot here is a gem. Alex was definitely thinking about and looking at spots differently than probably any other city. Everything just looks cool here so that definitely played into how I filmed things and how we placed them together. 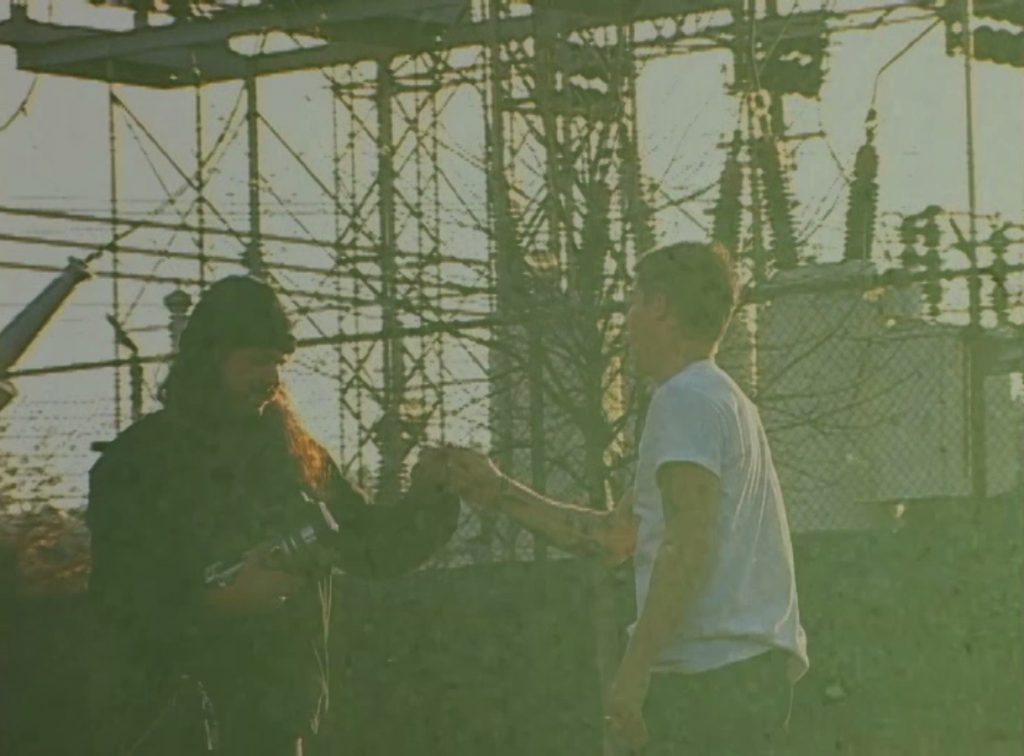 Voodoo Show was the last profile you two worked on together, and it’s arguably one of Alex’s best. How was the process this time?
They were different processes. Voodoo Show was, for the most part, always filmed during trips or on sessions with everyone together. Filming Nowhere it was solely Alex and I most of the time just kind of cruising around on our own, using tripods, hyping each other up.

How long did you guys film for? And how long did it take you to form the whole idea behind the piece, and edit it all together?
Alex has lived here for just over a year now. We knew we wanted to start something when he relocated, but almost as soon as he got here he left for a month, then we had the winter, so in its entirety I’d say we filmed for a total of about eight months or so. I didn’t really have an idea of the final product until we decided on music, after that, it took about a month to put it all together.

The music is pretty damn good actually, and I’m pretty sure I’m not the only one who’s been listening to these bands ever since. How did you pick the songs, and did you just use those or work out a deal with the bands/labels directly?
My friend Mike runs a label called Ressurection Records, he released the Outer Minds full-length a while back and told us we could pretty much use whatever we wanted from his label. Those guys are from Chicago and that whole record is good. Ben Schwab had showed me the band Wand on one of his trips here and I just shot them an email and they were totally cool. I hope everybody listens to and supports these bands. 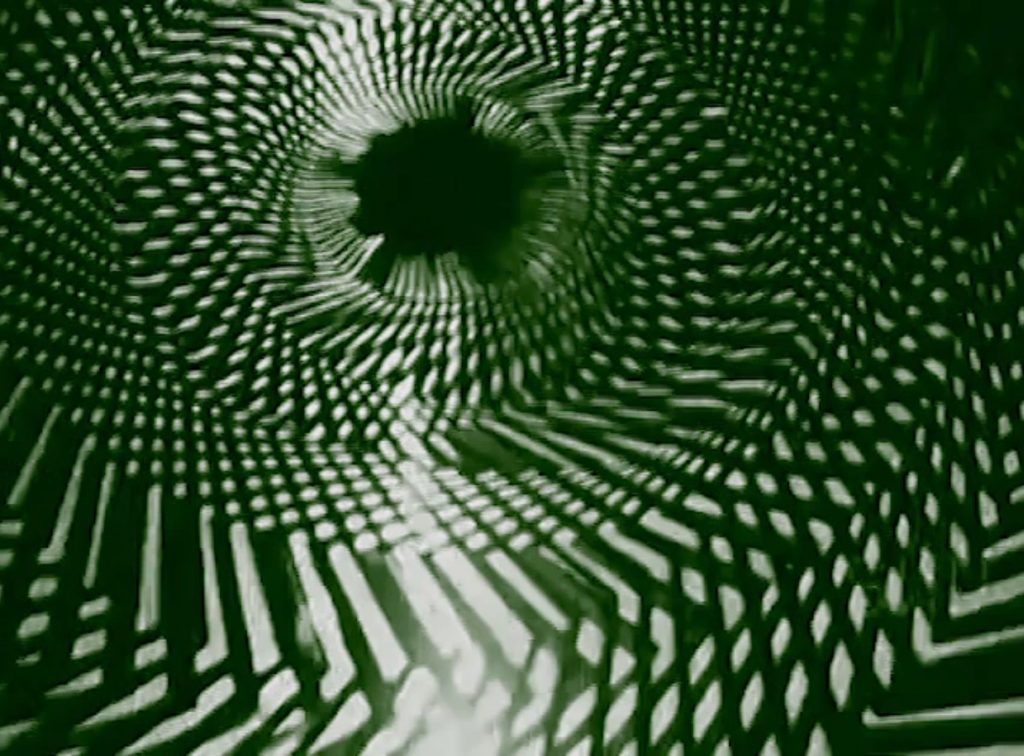 What did your filming days routine look like? As you mentionned, most of the time, it would only be you and Alex, right?
Yeah, just me and Alex. We’d grab a coffee, drive around and spot search, or try and go to something that Alex had on his list. If he wanted to film something we’d find an angle, set up a tripod if needed, I’d watch for traffic, run back and forth, do the whole thing. He got at least one trick every time we went out, but there were a couple battles. Every day was different depending on our schedules.

One of the most talked about trick in Nowhere was the mizou to true top porn on that drop rail. What would your personal favorites be? Also, do you think that trick can single-handledly bring the mizou back in fashion?
Haha, that was super gnarly. Alex had been wanting to skate that rail the whole time we were filming but it was just a super weird and scary spot so he didn’t know what he wanted to do on it for a while. He did a couple single mizous then just landed that in two gos. I think everyone should do more mizous, period. As far as my favorite tricks… I really like the top mistrial to 360 the set because he landed it perfectly while some dude was kicking us out and yelling the whole time. That, and the backslide on that steep 20 rail.

Any funny stories happened while filming? What are your best memories, and what would the worst moment be?
Just interacting with people in Portland the whole time while filming was funny. Worst moments would be Alex splitting his head open twice two weeks apart.

Road to Nowhere came out 10 years ago, and your piece is obviously a tribute to Brandon. How did you pick the name, and could it possibly be some sort of statement as well? This section comes out as Alex’s most complete, well-rounded mix of all the types of blading he’s been pushing. Could “Nowhere” be the final destination this road has been leading to, the outcome of ten years of development and progression in Alex’s skating?
Brandon was one of our best friends and a major influence in everything I’ve done in skating. I’d say there is no way this was Alex’s final destination. We just wanted it to be a tribute to Brandon, pulling from the title Road to Nowhere and also This is Nowhere by Neil Young, which Alex had skated to in a Lake Owen video.

I mentioned that because AJ (and many others) have said this is Alex’s best section ever, and the overall reception was unanimously good. Were you happy with the outcome personally? We wouldn’t believe you if you said no, to be honest!
I’m very happy with the final product and the overall reception. It’s awesome to hear people like AJ so pumped on it.

Now, what’s next for you? Any plans of making another full Thee Strange video one day, or any other new projects you’ll be working on?
Right now I have no plans for projects. Just make some more art and try to put out some gear. We’ll see what happens down the road!

Any last words of wisdom you’d want to share, shout outs and thank you’s?
Thank you to everyone who’s supported us and Strange for shit like 6 years now, everyone who purchased, Alex for putting in time and blood to put the part out… If you want to see something done do it yourself! Make cool stuff happen! Thank you Freddy and Be-Maggers! 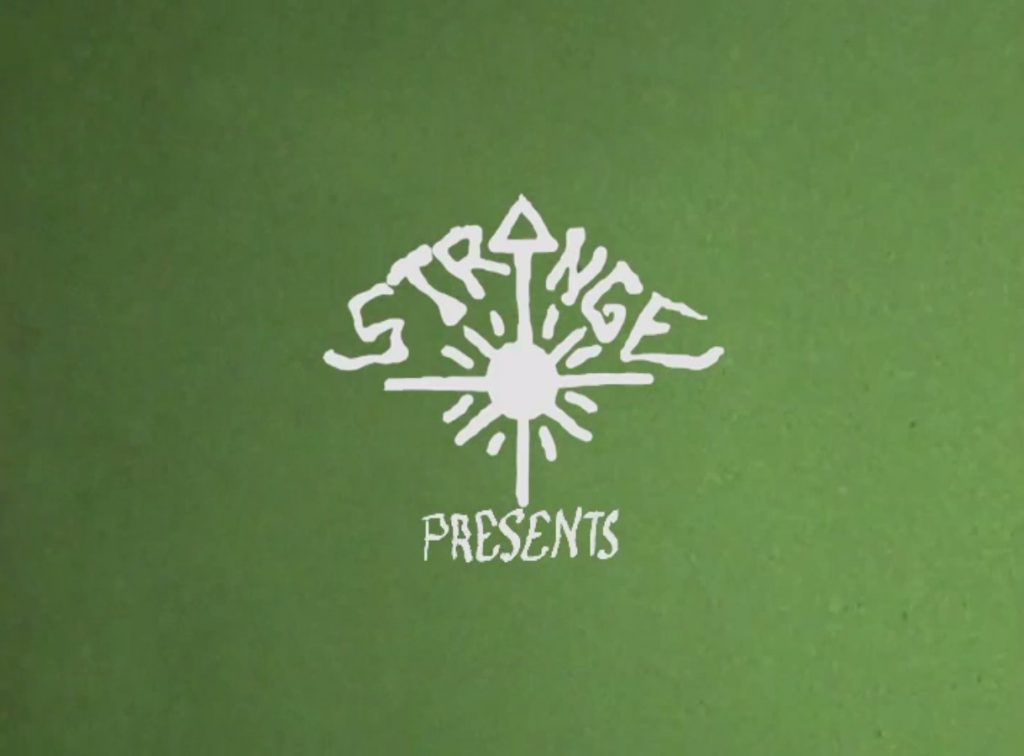