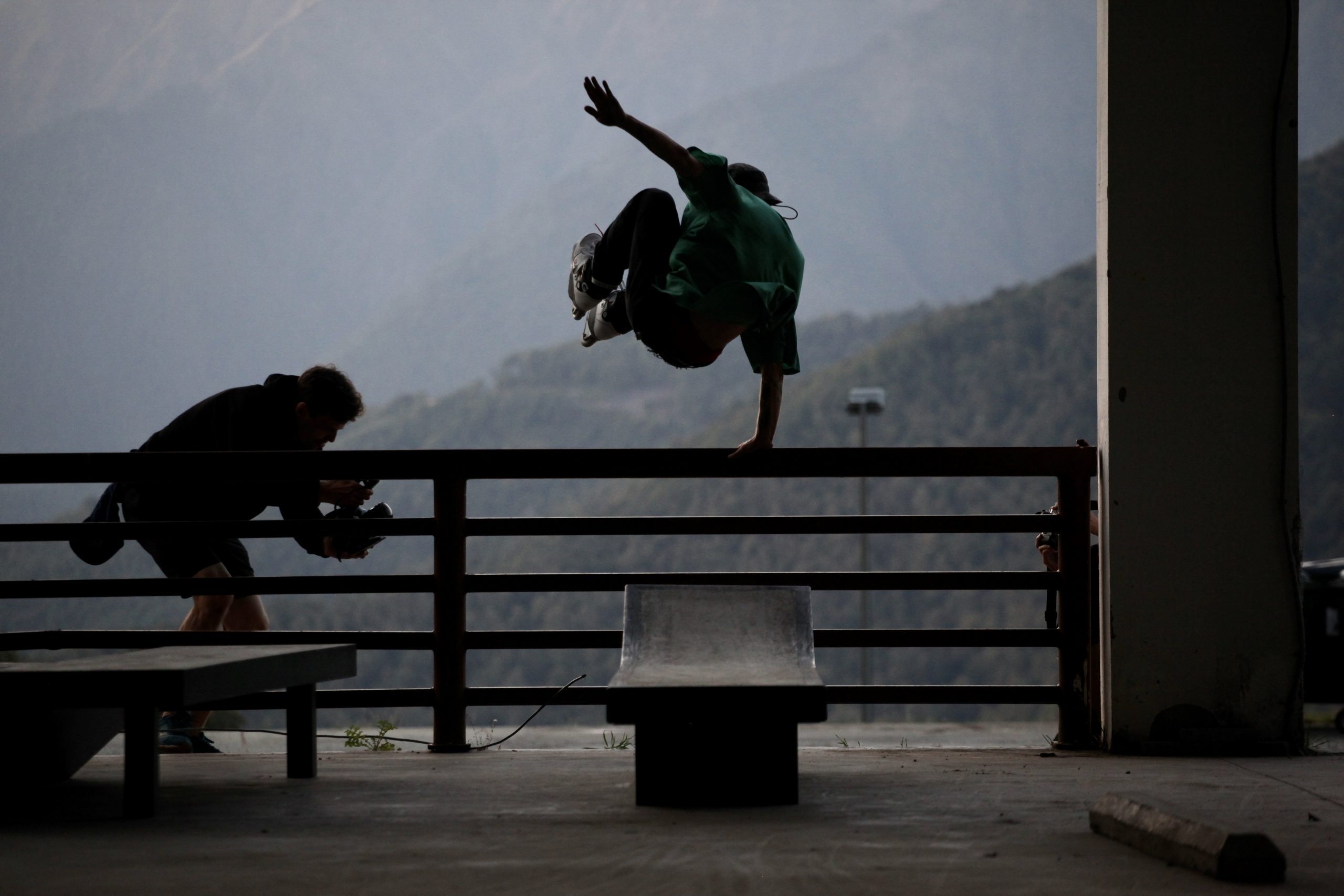 BEHIND THE SCENES OF THE EMBILY TOUR 2020

Aggressive skating culture was born in the 80s, and step by step turned into a worldwide family of fanatics. Rollerblading opens wide possibilities to express yourself using objects of the urban landscape – from simple ledges, railings and stairsets to complex architectural compositions, as a result of which rollerblading can be attributed not only to sports, but also to modern art.

Hitting the peak of popularity in the 90s, rollerblading began to fade after the discipline left the world famous X-Games, and from the mid-2000s until recently it developed mainly due to the enthusiasm of skaters. In the post-Soviet space, this phenomenon has always been widely represented, although, following the whole world, it experienced a decline in popularity.

In Russia in the early 2000s, one of the most legendary Iguana teams appeared, and a whole generation of skaters grew up on their videos, with their own values and gags. Videos such as Life Line or Iguana Tour 2004 have been watched and well remembered by many in the action sports community. Over time, the Iguana team broke up, and since about 2006 there has been a lull in our country, interrupted only by the release of rare DIY projects.

Despite this, since 2002, one of the most powerful roller skating events in the world, the Moscow S3T Contest, has been held annually in Moscow, which has analogues only in the USA – Mile High Battle and Windy City Riot. People come to the street contest in the capital not only from all over Russia, but also from abroad to see how riders deal with 3 street spots in the fight for the title of the strongest and $1000. And since 2012, in memory of Andrei Zaytsev (1984-2012), rollerbladers have been gathering in Moscow in the spring to open the season with a competition plus a picnic, this year the event was complemented by an afterparty in the Slozy bar, which also hosted an improvised contest right at the party.

In 2020, a new team was formed with the support of Embily and Alexander Bychkov, the producer of the Iguana. After the largest contest in recent years “BATTLE FOR GOLD” at the new skatepark RAMPSTROY House on January 22, 2020, the country’s best riders waited for summer to begin filming a team video about street blading.

The EMBILY TOUR 2020 project boasts a wide geography of filming, which is quite rare for a roller video these days: the video was filmed from June to December in Moscow, Novosibirsk, Sochi, Novorossiysk, Anapa, Simferopol, Sevastopol, Yalta, Krasnodar, Rostov-on-Don and Belgorod. 19 riders, 7 profiles, 265 tricks, more than 8,000 clips, 2 minivans, 70+ shooting days per season – a short presentation of the project in numbers. The video caused a powerful resonance, stirring everyone who has ever been associated with rollerblading, and not only.

Embily Tour photographer Anton Seleznev captured these incredible images from the filming process of the Embily 2020 tour, which are taken from the official tour book which can be ordered by shooting a DM to Anton Seleznev @selshot or use the @Community_Shop website. Both deliver worldwide, the book price is only 2000 roubles (±$25) +shipping (around 2200 roubles). Peep our full article featuring the making of the Embily Tour book here as well.