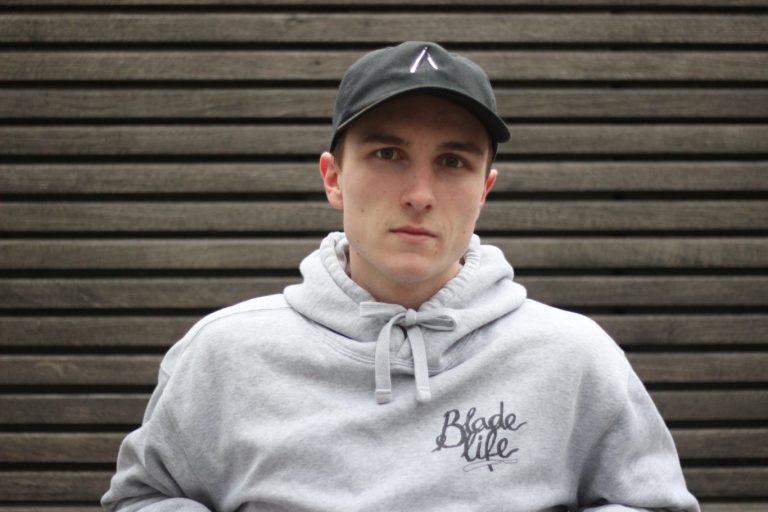 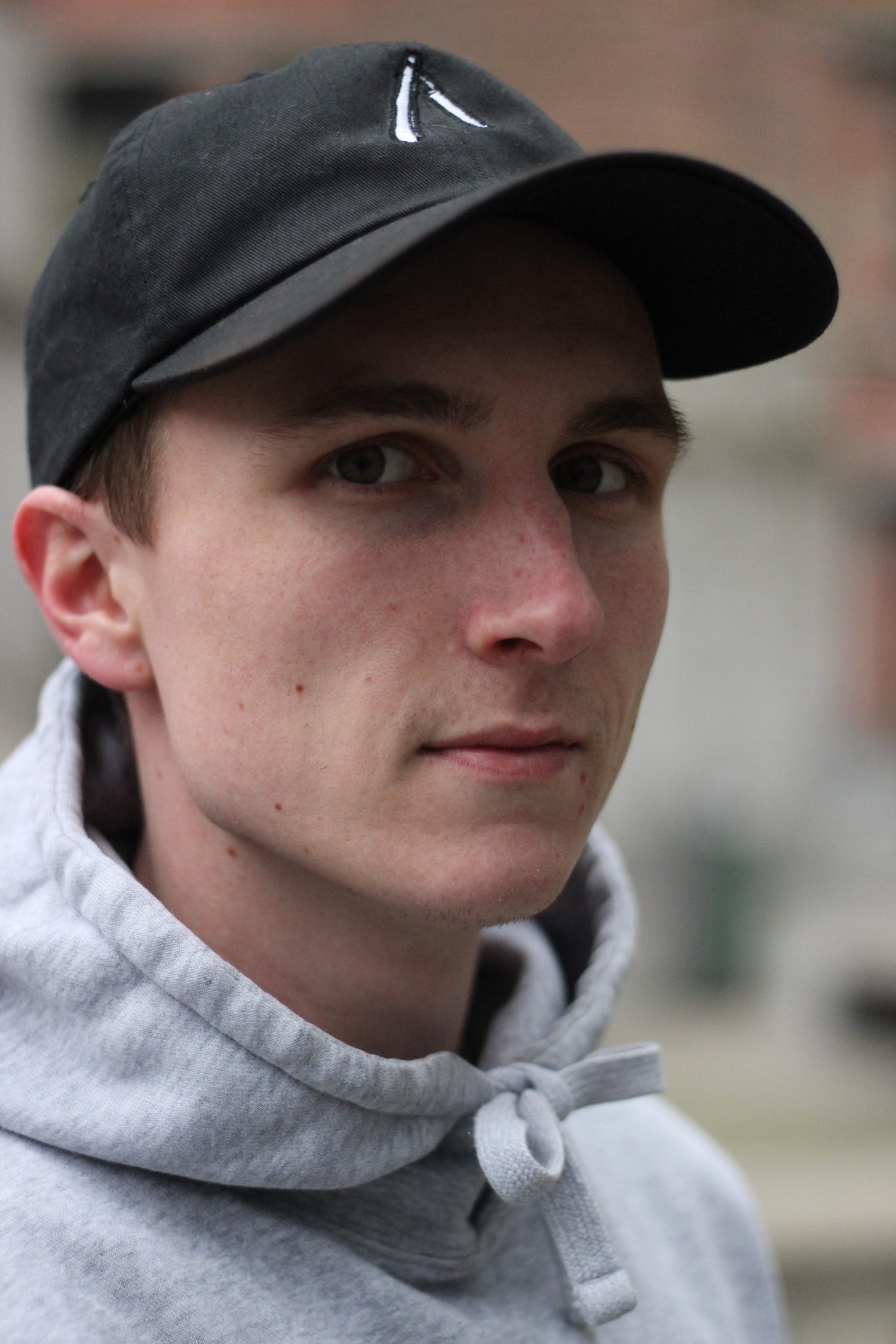 Adriaan Poortmans was introduced us by Francis Ali only a few months ago with his edit SWISHHH, and after bumping into the 22 year old talent at this year’s Winterclash, we thought we’d ask him a bit about what he’s been rolling on lately…

I ride the roces m12 Nils Jansons pro-model. I put some white create originals frames frames underneath because I absolutely love them. I have some 64mm ground control wheels, so I had to modify the soulplates a little bit to make them fit. I don’t really skate wheels under 60mm anymore, so this is something I always do to my skates. With the dremel it only takes about 10minutes. Inside the wheels I have some go project crown bearings which are amazing as well. The last thing I did was put in a go project shock sole. A small piece of advice I can give to people looking into these soles as well is that you should really try the right size in a shop rather than ordering them online. The soles come in 2 sizes which you then have to cut to the right one. The smallest size goes from EU38 to EU42, the bigger one goes from EU43 to EU48. Since I am rocking the EU44 roces I naturally ordered the bigger size. Once I cut it to the right size it was still way to big though, so I had to cut it further. Because of this I had to cut into parts you are not supposed to cut through. These soles are still a very good upgrade from the stock one because it is really thin. So overall ride comfort, especially when doing gaps is improved a lot with this change. Just make sure you get the right size if you want to try these. 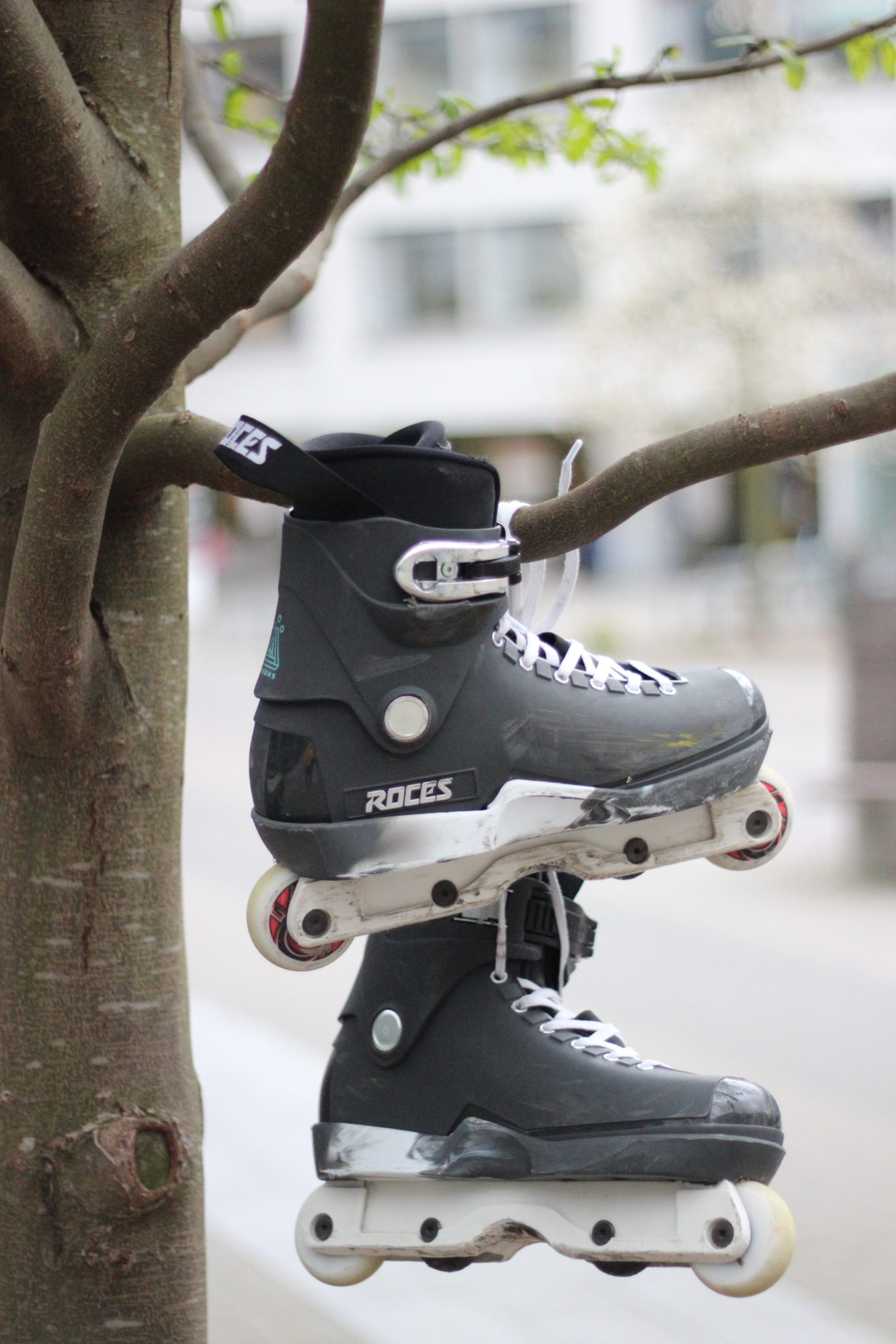 What parts do you wear through the quickest?

Since I skate street a lot, I wear quickest through my wheels. I change wheels every 2 months during the summer. Sometimes it takes me a bit longer to wear through or a bit less depending on which spots I skate and how often I get to skate. Since I cess slide quite a bit I also wear through my soulplates sometimes. The roces soulplates are pretty tough though so this doesn’t happen too fast for me. 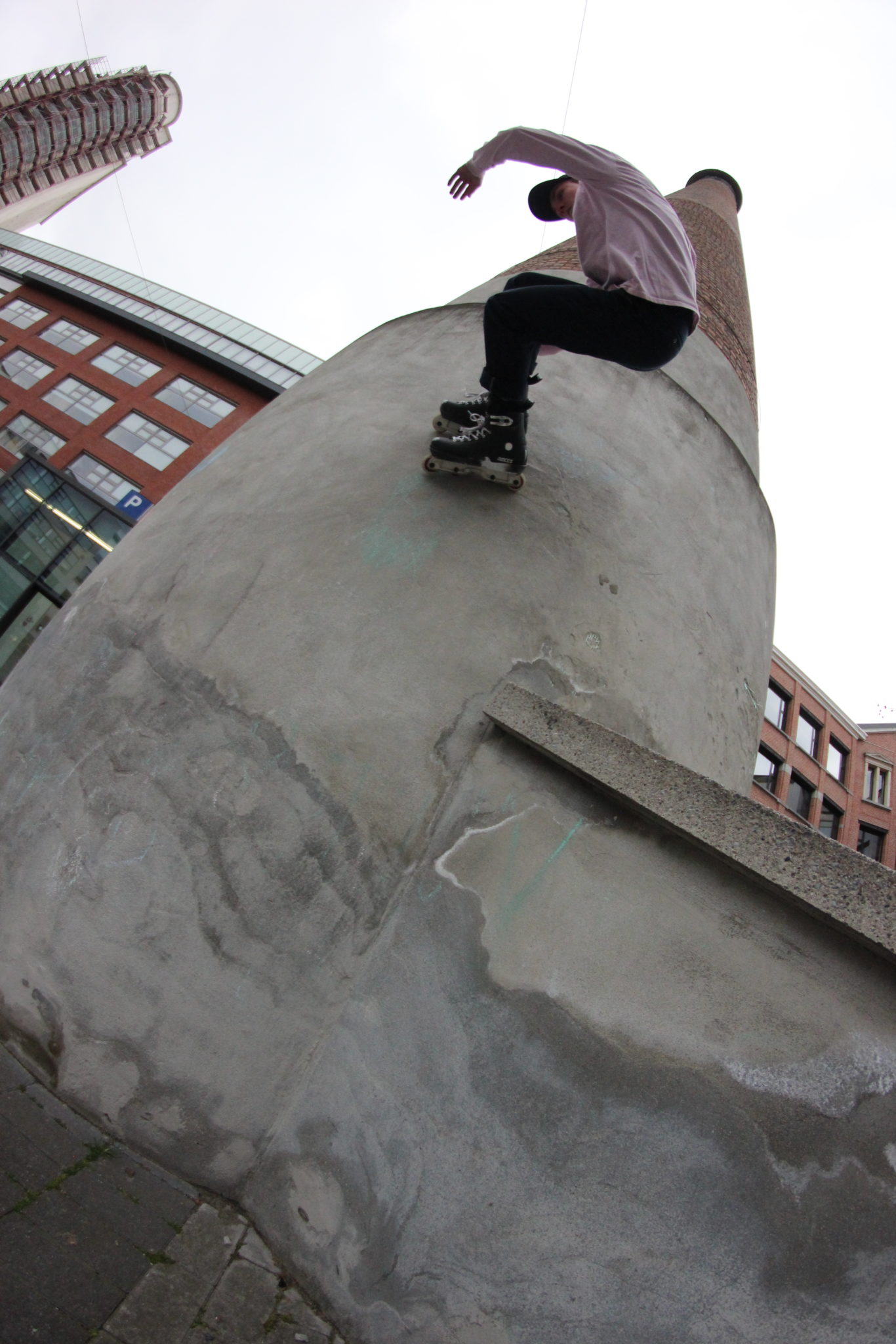 I don’t really break parts that often. I used to break my buckles like all the time. Since I started skating roces, or the valo V13’s before that, this hasn’t happened anymore. I find the memory buckle to be very strong and hard to break, which is another great advantage of this buckle.

Which parts are you paranoid about breaking?

I am most paranoid about breaking my frame straight off my skate. I had this happen once a few years ago. My frame bolts just ripped straight through the front hole of my frame, making it turn sideways. This happened while I pushed off to do a 360 in a skatepark if I remember correctly. Long story short, it’s not easy to land when your frame is turned sideways, HAHA. 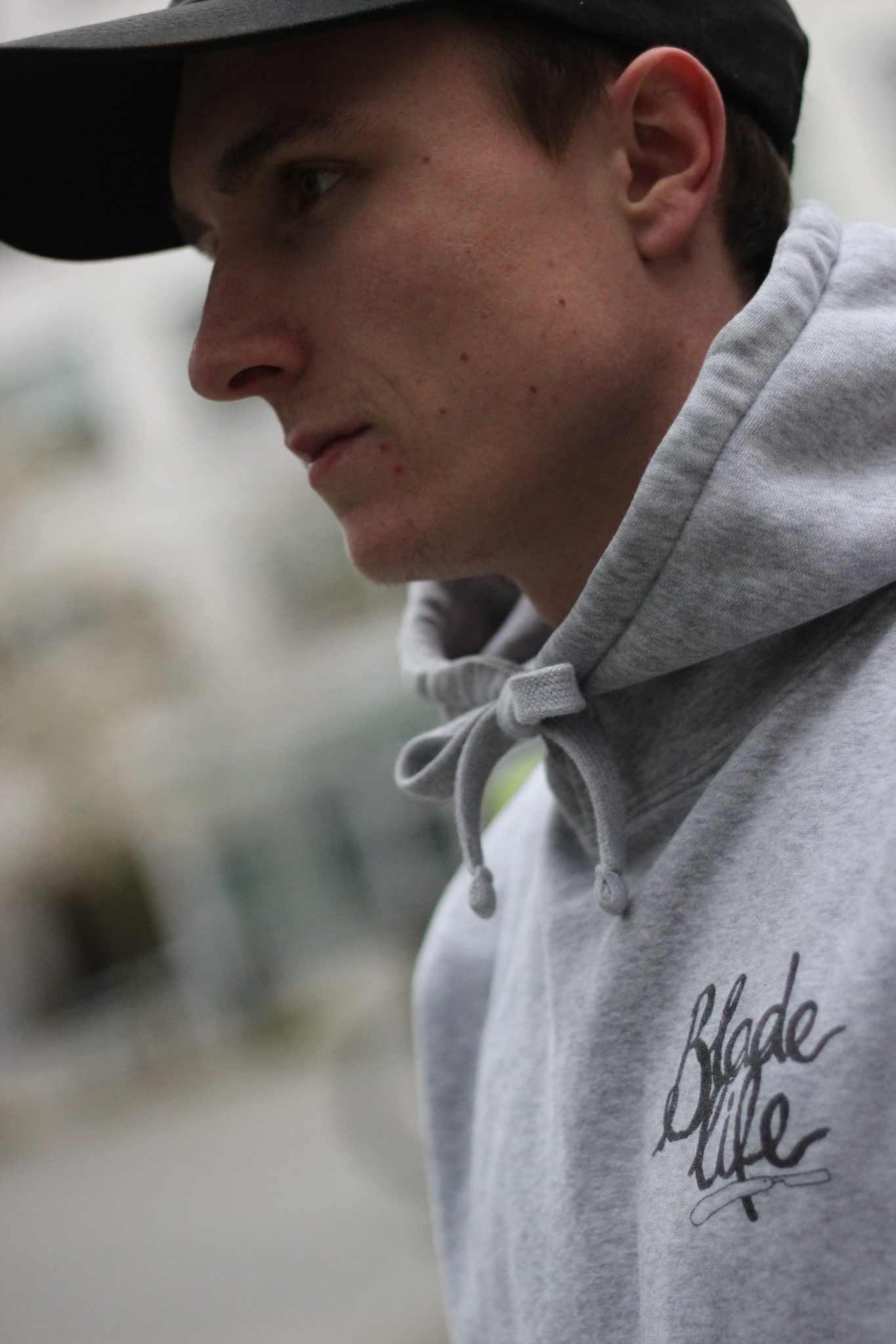 What spares/tools do you keep in your backpack?

I try to always carry an allen key so I can tighten my wheels or frames when necessary. When I go on a skatetrip, I pack a little bag with basically all the spare parts I could need. Frame bolts, axles, extra bearings, extra buckles and most off the time an extra set of wheels. When I take a skatetrip, I am always really paranoid about breaking something on my skate and not being able to repair it.

Where do your parts go once you are done with them?

If I change parts because I want a different setup, I either put the old ones away to use at a later time, or I give them to some homies. If I change them because I wore through them, I obviously throw them away. Sometimes I also just give them to a little kid sitting next to me if that’s the case because even though it’s not useable anymore, they always think it’s really cool to get something like that. 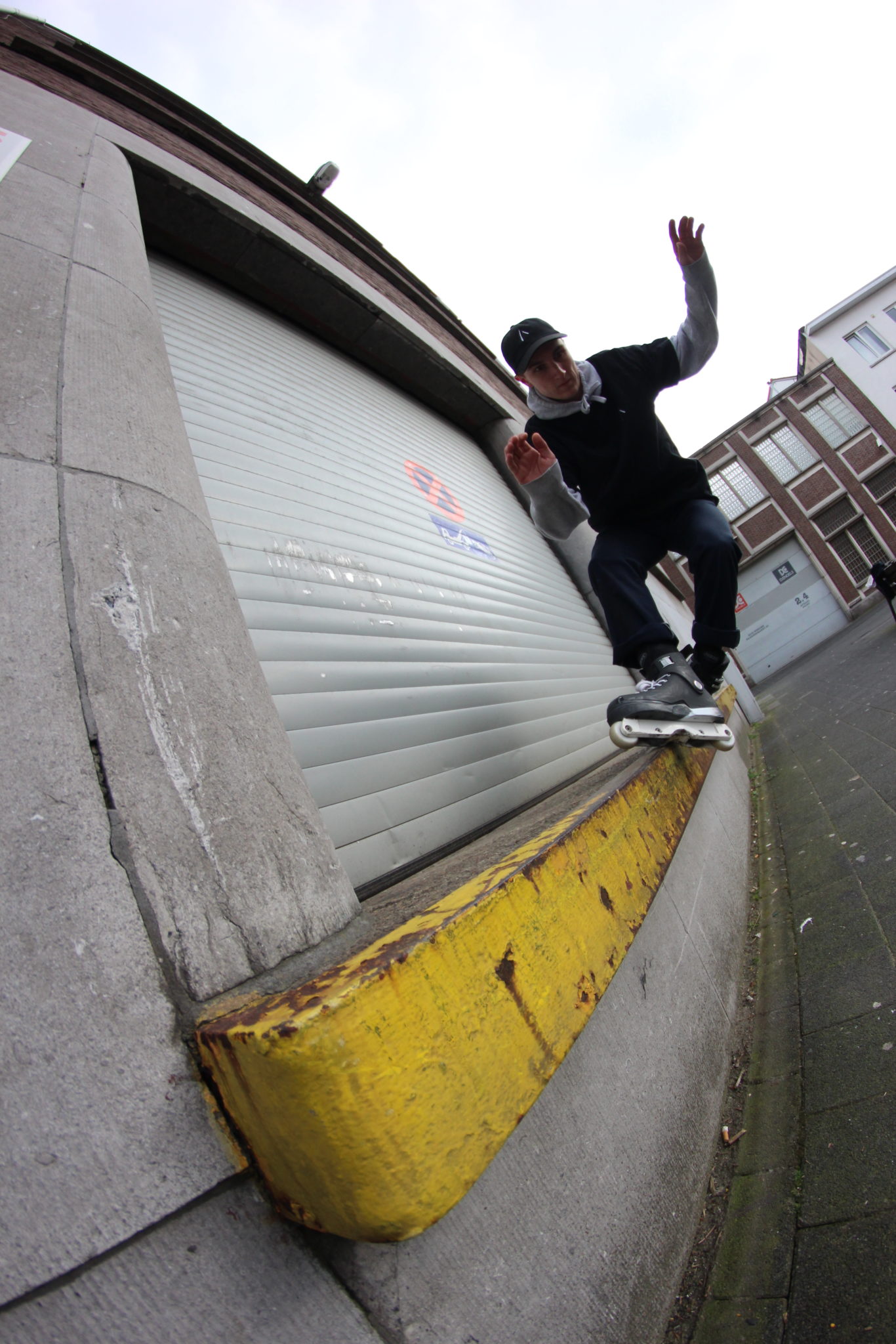 I don’t really, I have a set of powerframes on an old pair of V13’s for if I need to cover some distance. I also have a setup with oysius frames which I use when I skate a skatepark with big transitions. But I would say I just use the same setup for 99% off my skating. Unless I buy some new skates of course, which is quite often haha. 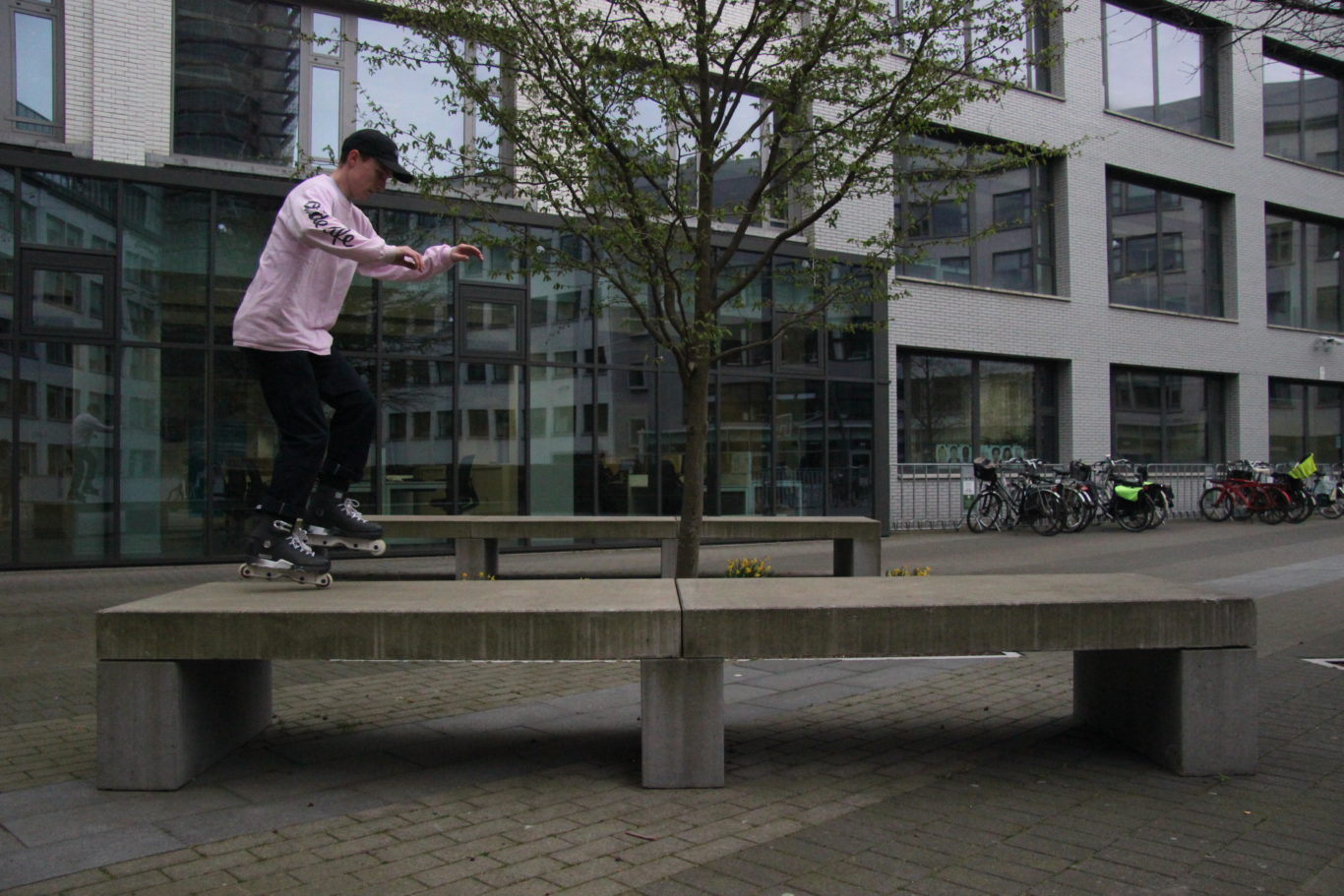 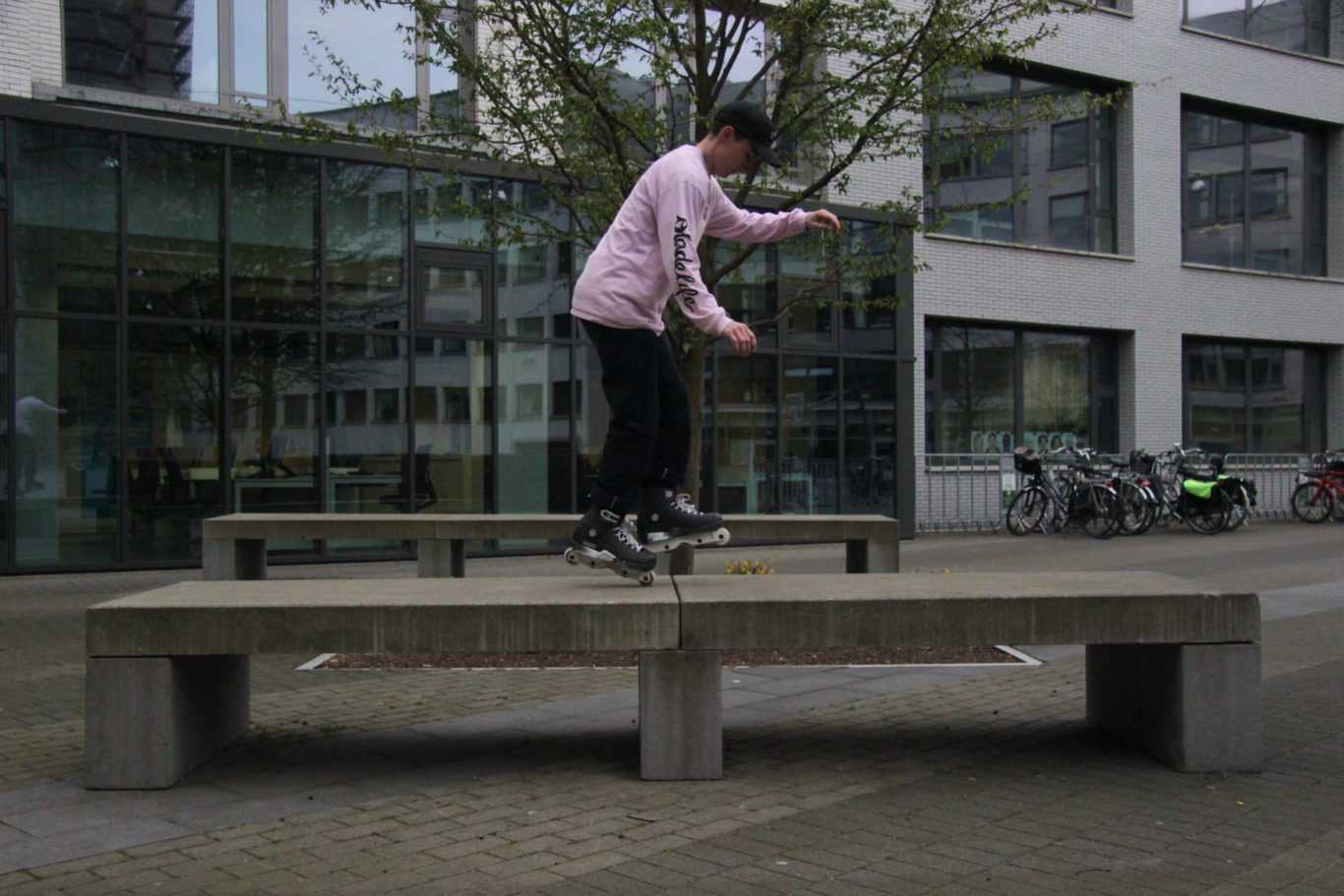 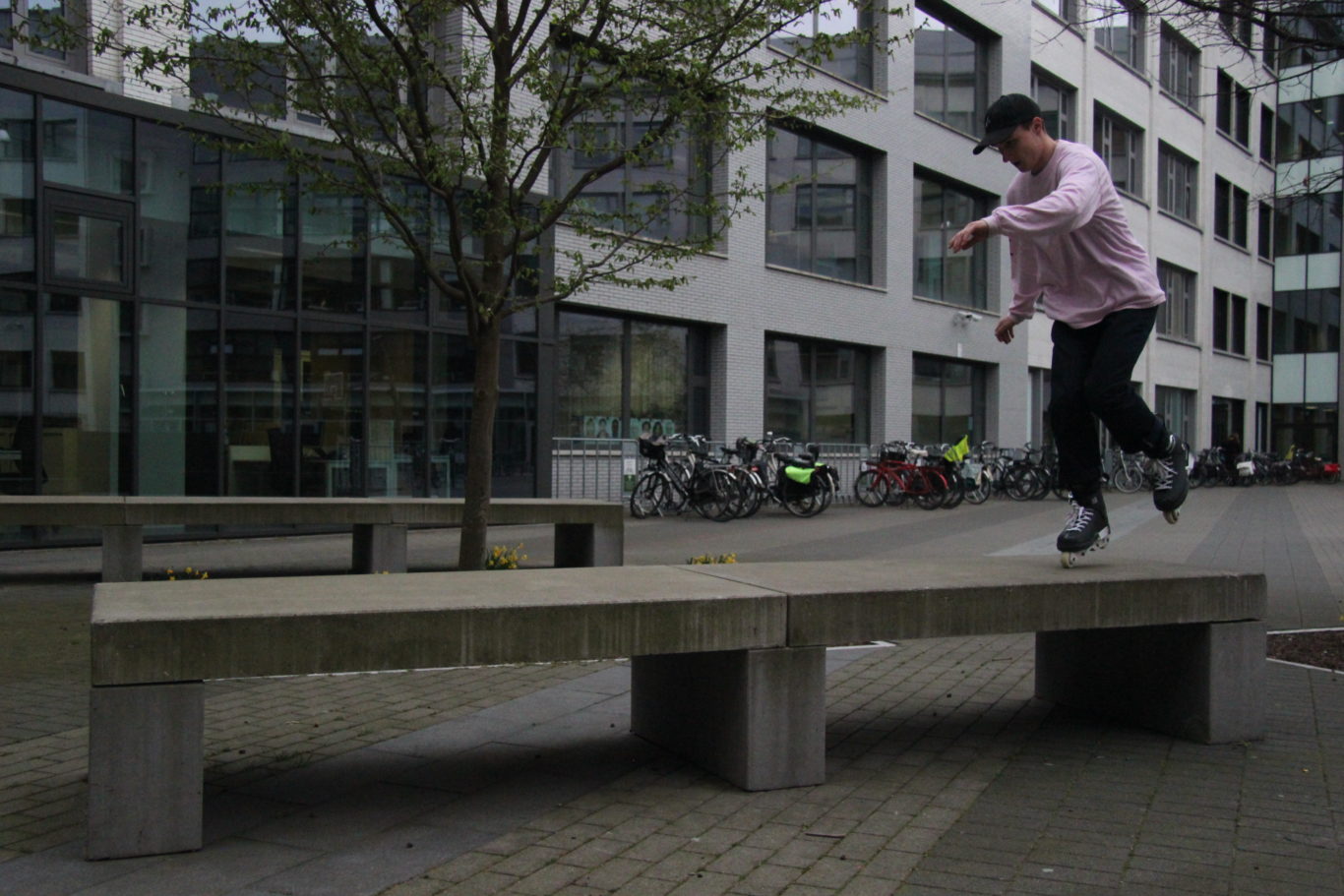 I really want to try some different liners, because the stock liner is rather thin. A little more padding could feel good I think. This is because I had a problem with some carbon skates a few years ago which caused a swelling on both my feet on the inside. The doctor explained it to me as extra bone forming to protect my foot from a pressure point I had right there. I still have those hard bumps on the inside off my foot today, but they don’t hurt anymore, so I didn’t need to get a surgery. I had to stop skating those skates immediately though. Because off this my feet aren’t the easiest ones to find the right skates for. That’s why I want to try a liner which is a little bit more comfortable. I am having difficulty finding a good match though, because to me it is really important my skate looks good (or at least in my own opinion). And this is hard because there always seems to be something about certain liners making it look a bit funny or weird to me when I put them in my roces. 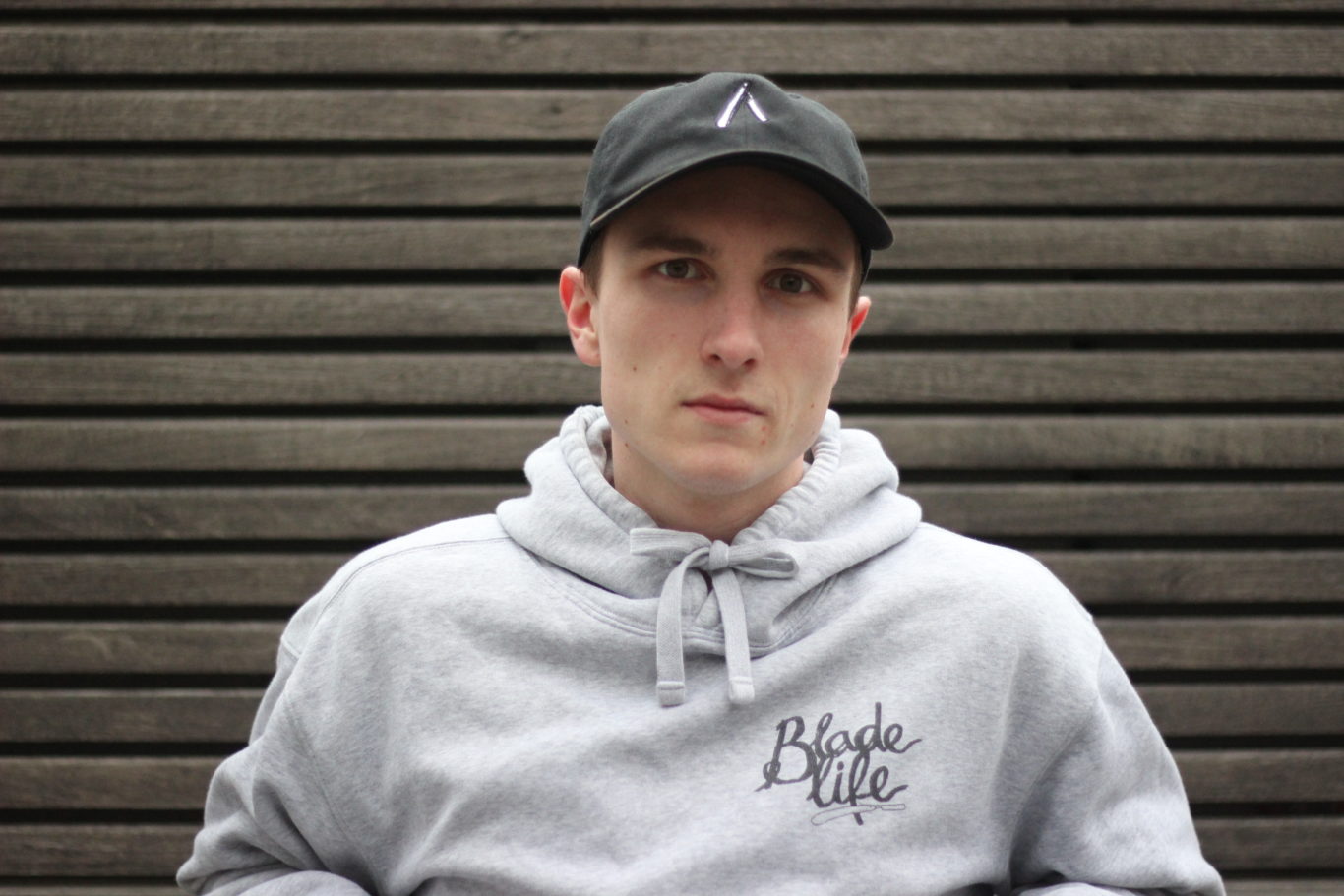