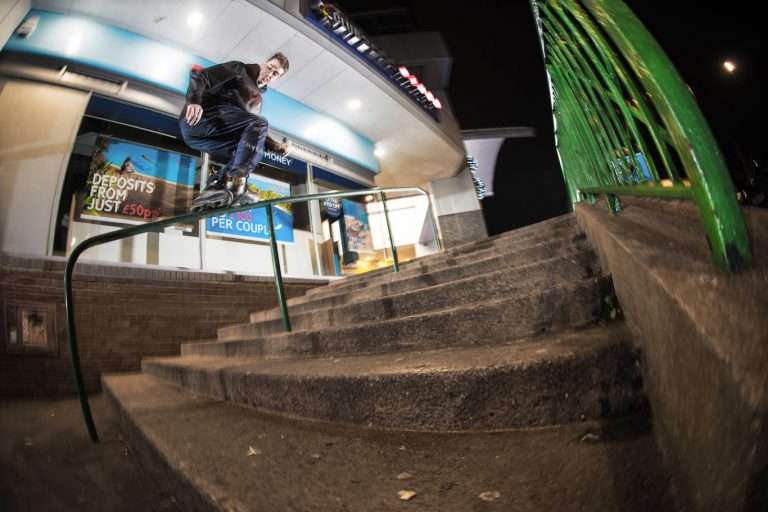 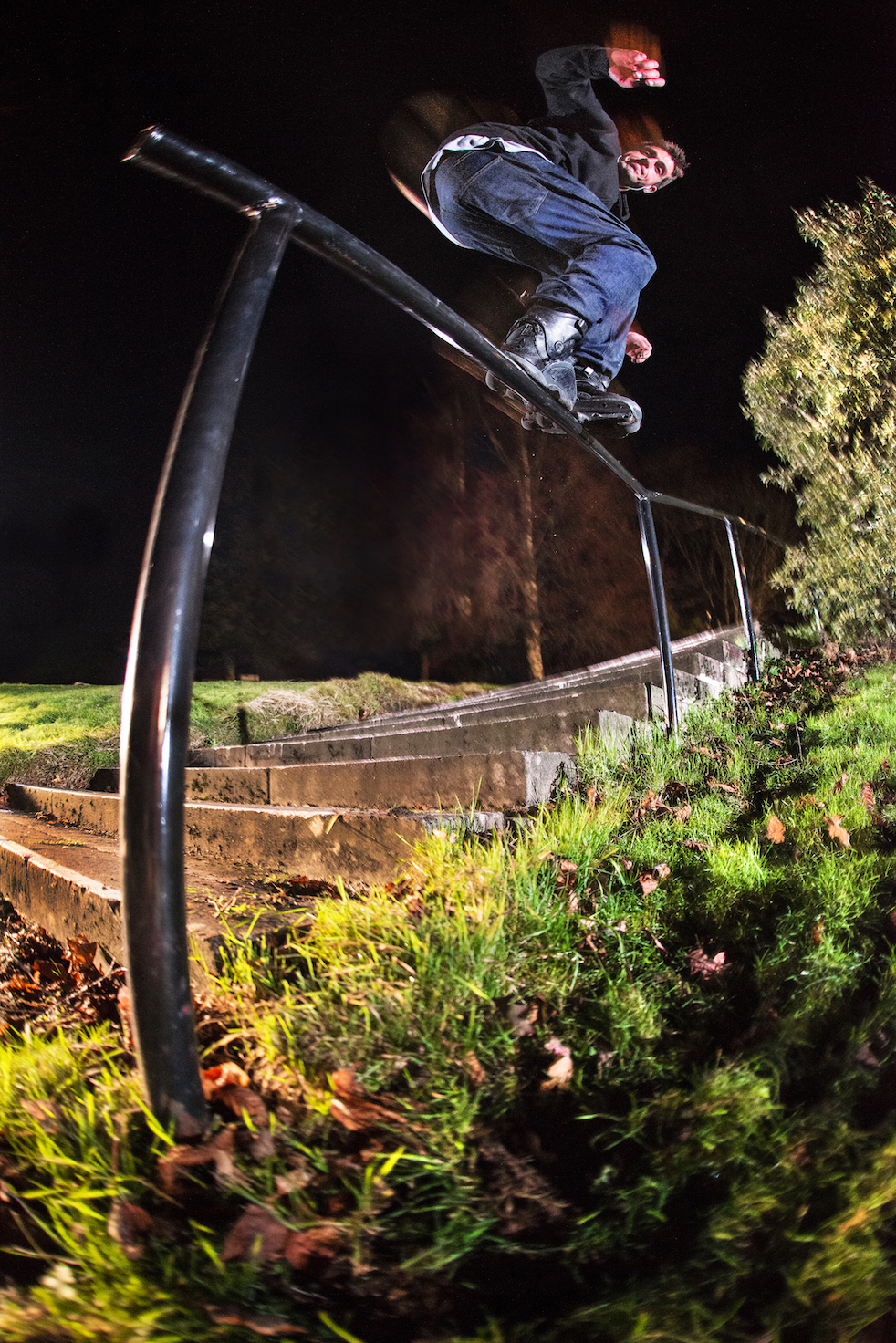 Words and Photographs by Sam Cooper

A familiar face in the South West scene, Ollie Jones is not only one of the UK’s best exports but also a Remz team AM, BHC pro, SlapTap shop team rider and one third of the highly coveted team legs.

I’ve lost count of how many photos I’ve shot with Ollie because nobody loves to skate just as much as he does. Before ever meeting him in person, I heard down the grapevine that he had skated something stupid like 200 days consecutively. He only stopped this ridiculous run because he succumb to some form of man flu.

Now that I can say I truly know the man in question and understand his passion for strapping on blades to laying down tricks I’m certain it was much more than just that. Maybe it was something much more severe like the return of the small pox or that one of his extra long legs had simply fallen off. Ridiculous I know, but only such silly suggestions highlight my point; Ollie is rollerblading . 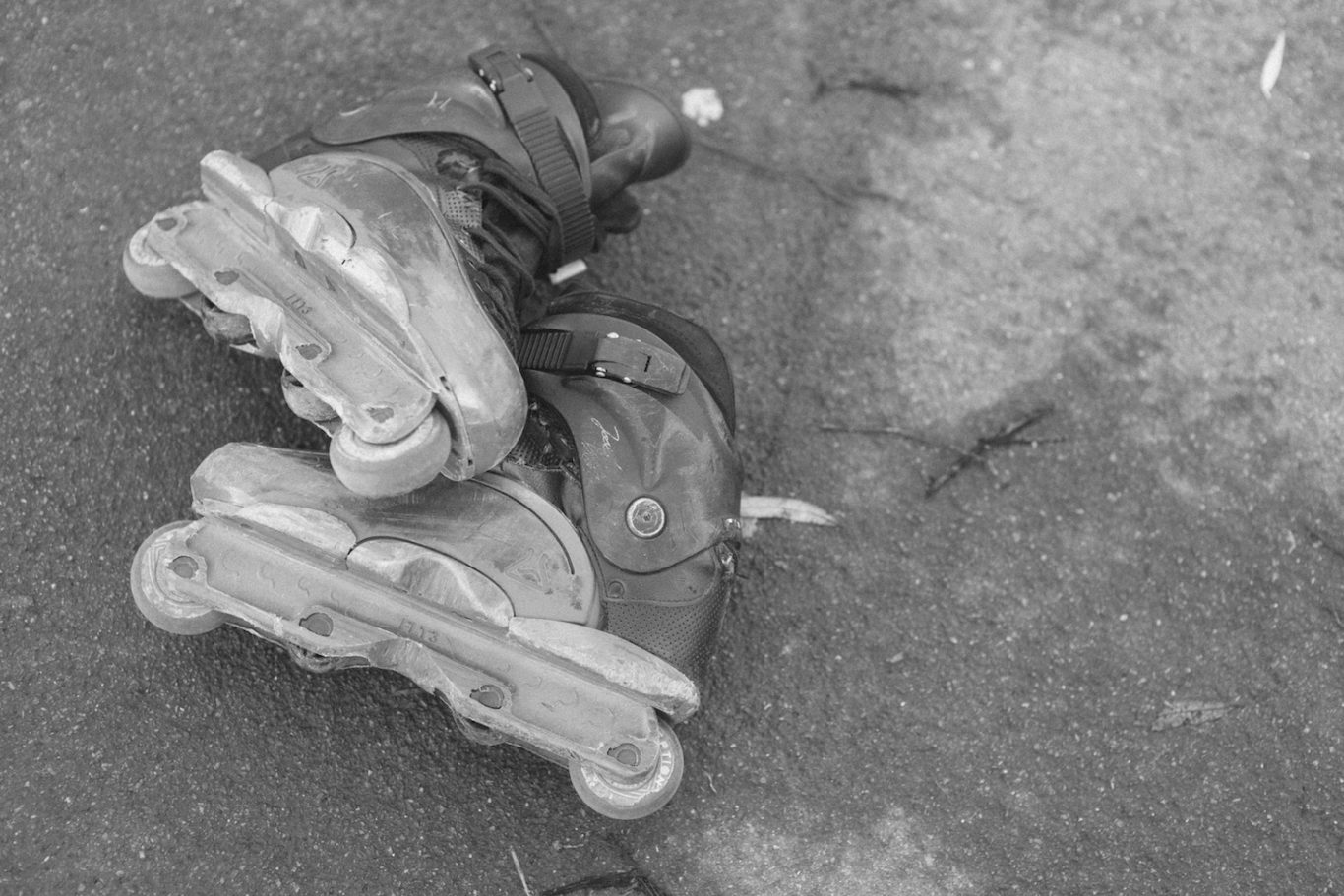 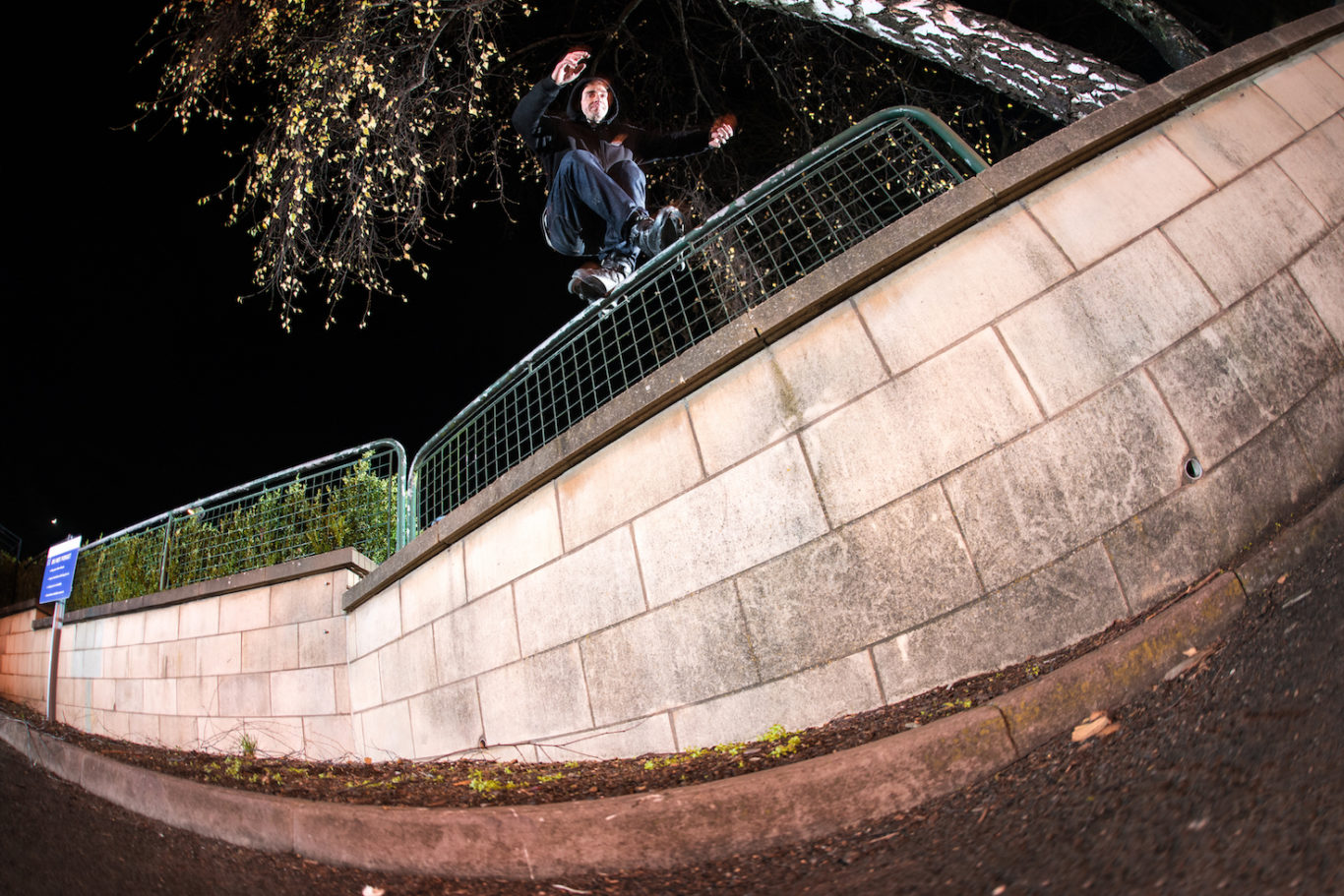 It’s pretty much stock except I cut away some of the skin so that I could attach the OS cuffs to the outside. The only other parts I changed were the wheels and bearings. I normally try to keep frames and backslide plates for as long as possible so I don’t have to keep starting new grooves.

What parts do you wear through the quickest?

Probably frames and soul kits. Everything has deep, rail shaped grooves in. I sometimes wear through parts of my liners from skating so much. 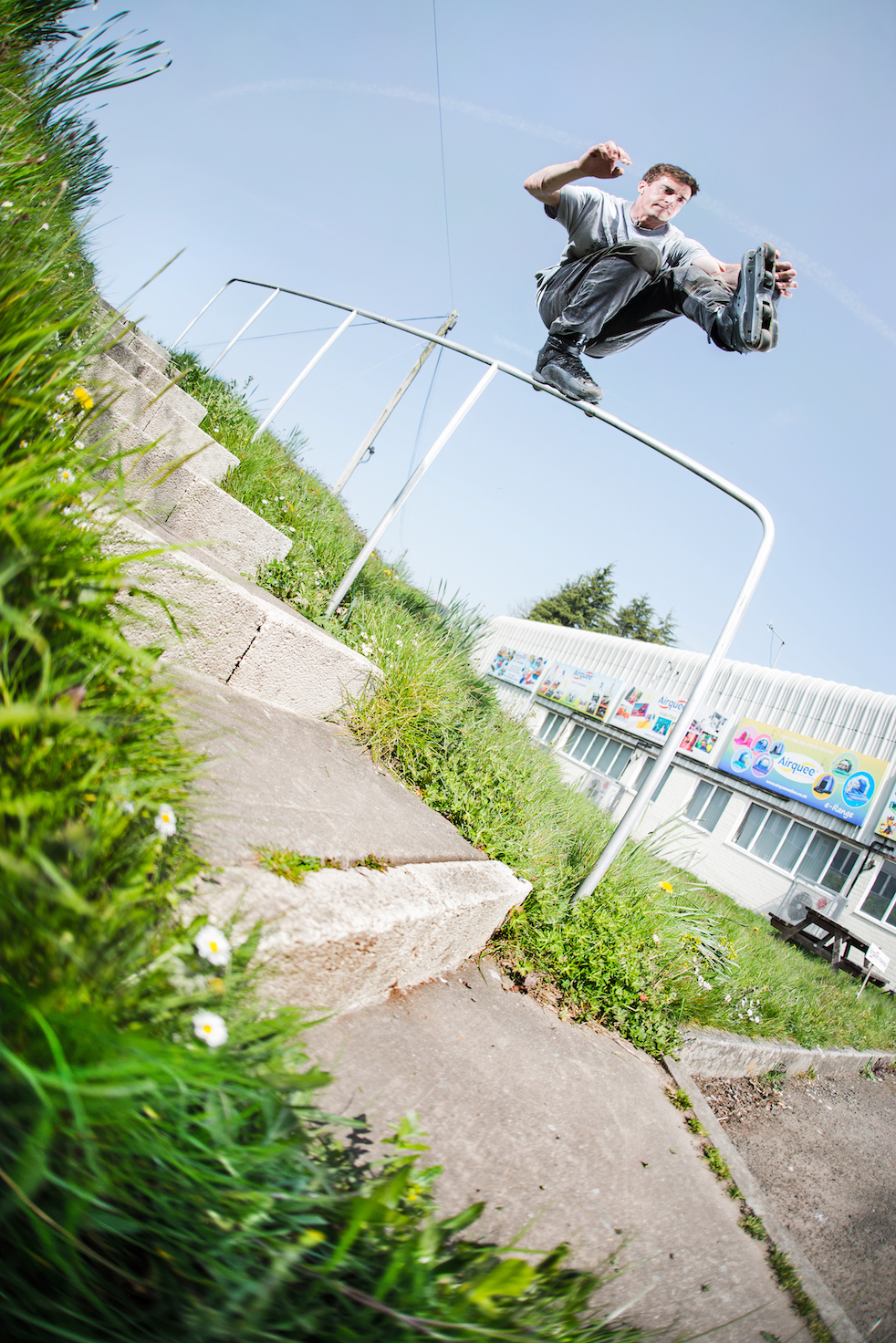 The laces. I pull them really tight  so I have snapped quite a few. Occasionally I have pulled the lace holes through the skin so I have to make new ones.

Which parts are you paranoid about breaking?

Laces and buckles. The things I forget to pack spares of. I’m actually going to put a spare lace in my bag right now. 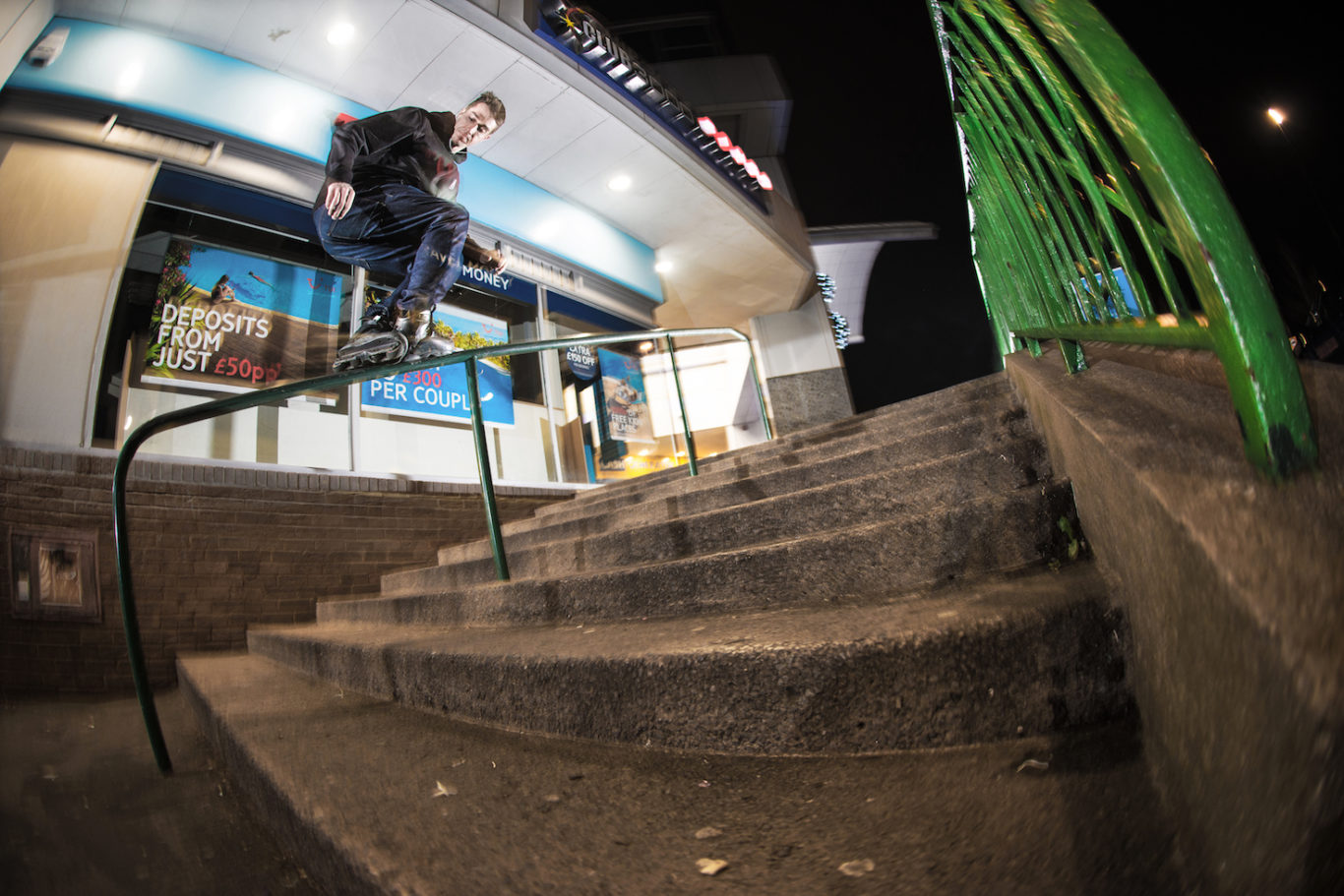 What spares/tools do you keep in your backpack?

I normally have two wheel/bearing setups in my bag as I’ll have one set that always gets skated in the wet. Now I will have a spare lace too.

Where do your parts go once you are done with them? 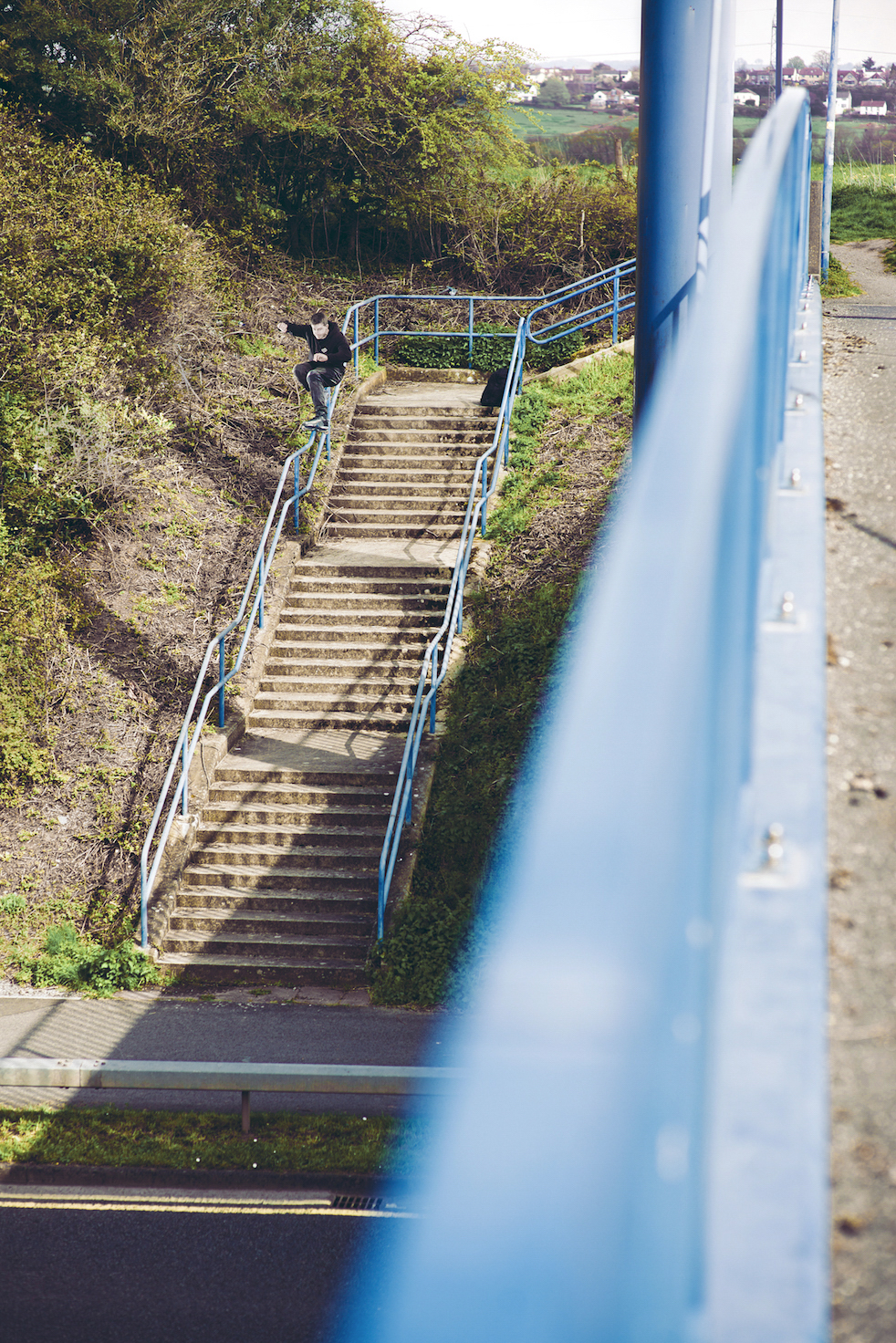 Only as far as wheels with older bearings for the wet. I like to get really used to one particular setup so I don’t regularly change things around.

No, I plan to build the exact same one again. And again. I did try to buy some hockey laces from Amazon but they barely lasted a month. 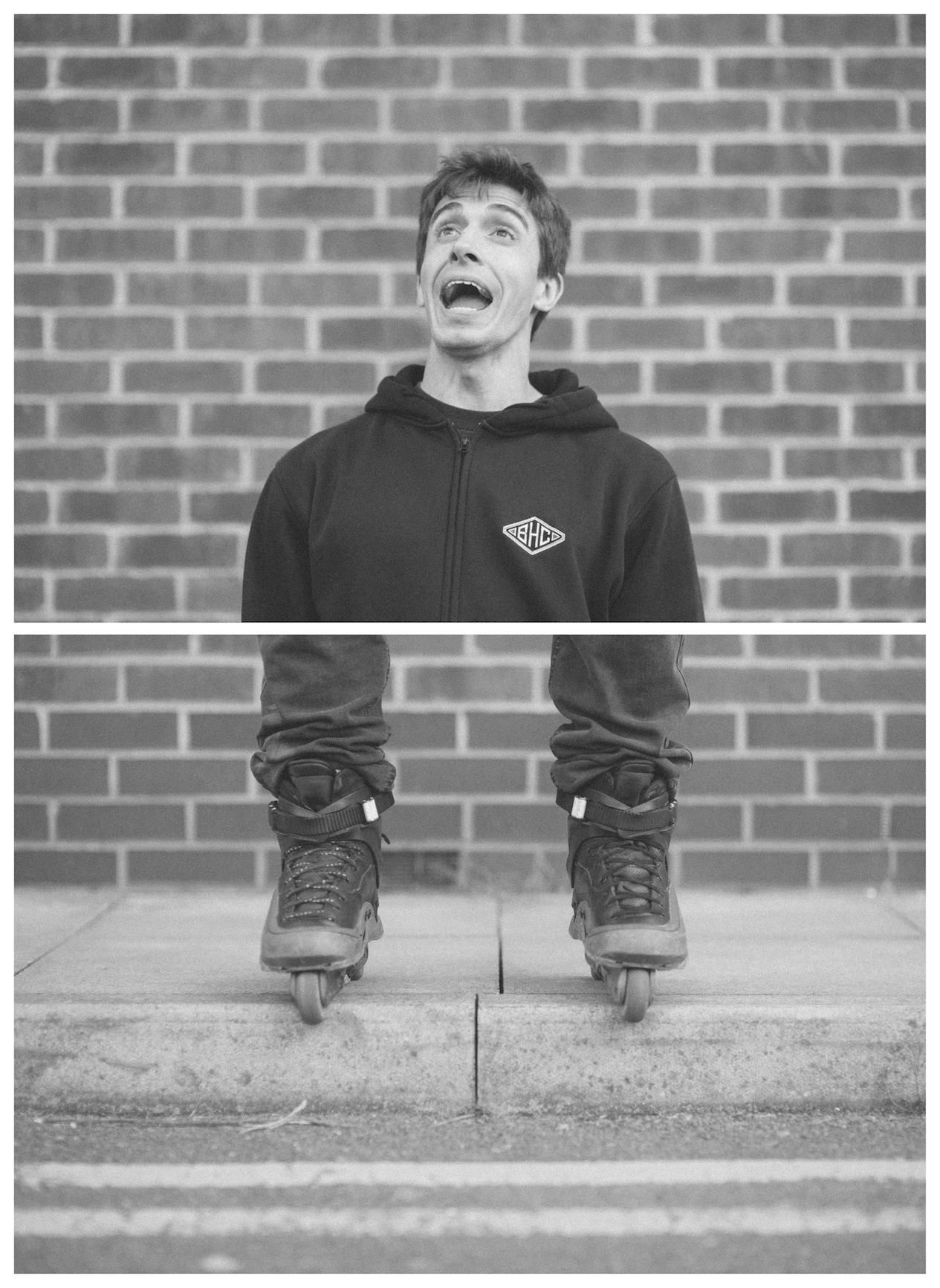