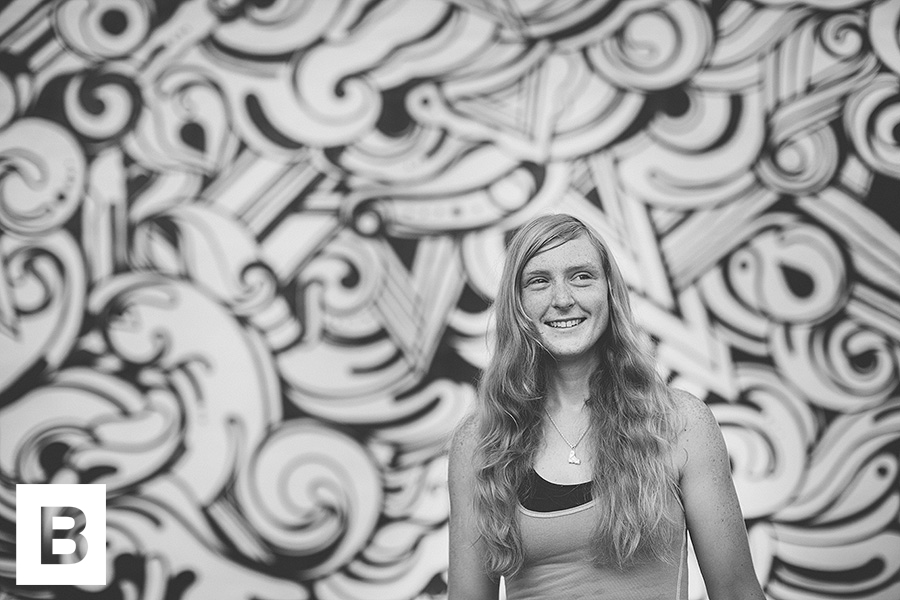 Chynna Weierstall is one of the leaders in Girls Street Skating. Her edits make everyone go nuts and her section in 2 Much Flavor is labeled as best section of a female blader, ever. We were wondering why there isn’t more to find about the 20 year old style bomb from Roseville / Michigan, and sat down for an interview.

First off straight to the basics: Your name and years of skating
My name is Chynna Weierstall and I have been skating for 10 years

What started you skating and what have made you continue?
What got me started skating was seeing the Disney Channel movie Brink. I always loved rolling around my neighborhood, then seeing that movie made me really want to take it to the next level. What has made me continue skating is the feeling I’m getting when I learn something new, and all the amazing people and places skating has taken me

Brink, that’s cool – A lot of people have seen that movie. But I never have. Maybe I should get around to that… Do you have any sponsors, and if so what are they?
Yeah you should. That movie is awesome! My sponsors are Razors, Create Original, Modern Skate and Surf and Provoke Rolling.

That’s a lot! What’s the skate scene like in Roseville, Michigan? And especially the girls’ skate scene?
In my city, Roseville, no one really skates. Our general Detroit area scene, though, is awesome, but when it comes to the girl-scene around here there are only 5 other girls beside me. We really need to get more girls skating out here, but it’s hard to find girls that want to. That’s why every time I see a random girl skating at a park I get so excited. I will always go up and talk to them and help them.

Why do you think that girls are so rare in aggressive skating?
Honestly I think one of the main reasons girls are rare in aggressive skating and in other action sports is because it seem like a lot of girls are afraid of the risk of getting hurt.
My girl skater friends are: My sister Savannah, Shelbie Wright, Crystal Lecoy, Michelle Gerard and Diana Worcester. Diana is one of the main people that kept me skating in the beginning . She would take me skating every weekend. I was really quiet back then so it really helped to have another girl to look up to, and push me

Alright – that’s interesting. What about strength? Most girls try to do the same tricks as the guys, and they seem not to be able to archive the same physical ability. Do you think that is right?
Girls do have different physical abilities than guys. I know sometimes I get frustrated that I can’t jump as high as the guys can. For the most part, though, girls can do a lot of what the guys can, but it might be harder so it takes a lot more work and dedication.

Ok. Do you have any favorite girl/boy skaters?
That’s a hard one… It’s hard to pick a favorite girl skater. There are the ones I looked up to when I was growing up, which are Katie Ketchum, Jenna downing, Fallon Heffernan and Fabiola Dasilva. Then there is Coco and Aarin Gates which are both awesome! Because there are so few girls, I look up to all of them in some way. When it comes to guys it’s kind of the same way they all skate so uniquely that it’s hard to pick just one

I was going to ask you if you looked up to girl- or boy-bladers, but I guess the answer is both then… Cool. Do the girl skaters have secret handshakes or clubs? – Just to clear up the girls vs. boy’s myth…
Ha ha not that I know of…

I saw that you have an “Ouch” picture folder on your Facebook. It seems that you are not afraid of falling. Why is that? – Compared to what you said earlier about girls being afraid of falling…
Yeah, seems like I’m always hurt, ha ha. It’s not that I’m not afraid of falling – I am to a certain point but a lot of the times the fear of falling is overpowered by how much I love skating and the feeling of overcoming my fears.

What’s your worst injury?
Uhmm… It probably was the time I hit my head while skating a kink-rail in the snow. I got a concussion, big bump on my forehead, and two black eyes

Oh my God… What do your family and friends say about injuries like that?
They worry about me, but they’re all supportive of what I do.

Sounds like a good and understanding circle of friends and family… Ok. Last two questions: Are there benefits to have a skate-name in your last name, and what’s up with Roller Derby?
Ha ha, having a skate name in my last name is kind of cool. My friend Alex Coe always jokes about making a edit called Chynna Weierstall doing a weird stall
What do you mean by what’s up with Roller Derby?

It’s the new and hot thing in Europe. I just wondered if it was the same in the States?
Really? It’s not really that big out here

I guess that’s it then. Thanks for helping out with this, and answering all my silly questions. Hope you find more girl skaters around – we need them!
No problem. Have a nice day…