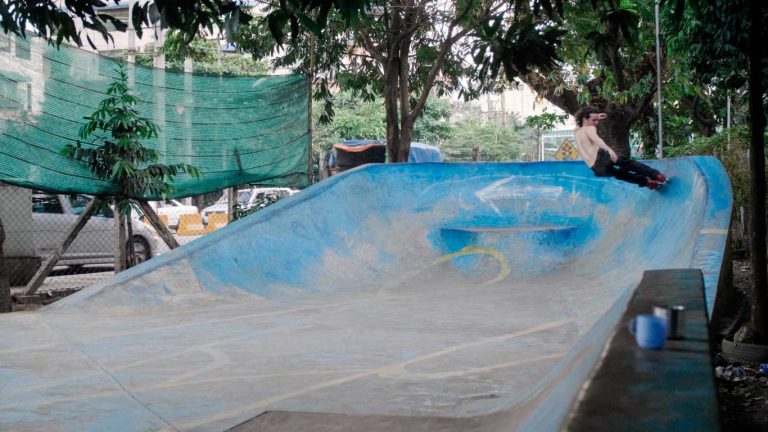 BLADING BURMA | PURE LOVE FOR THE GAME, WITHOUT THE BS

From a viewer’s point, Blading Burma is truly something special. It captures the essence of what rollerblading brings to kids who see it for what it is for the first time, without all the bullshit, without the gang mentality, without the fake friendships, without the sectarian gossip and snobbery we so often encounter in blading. When you see the kids build a scene with as little infrastructure and almost no access to product, just because they love it so much, it makes you stand back and think to yourself: why am I a rollerblader and what can I do to make it better? Dom West really has a talent for documenting rollerblading, be it the tricks or finding a great story about it, so don’t spare the money, get Blading Burma and immerse yourself in pure love for the game. But, before you do, here’s also the back story, straight from the horse’s mouth. 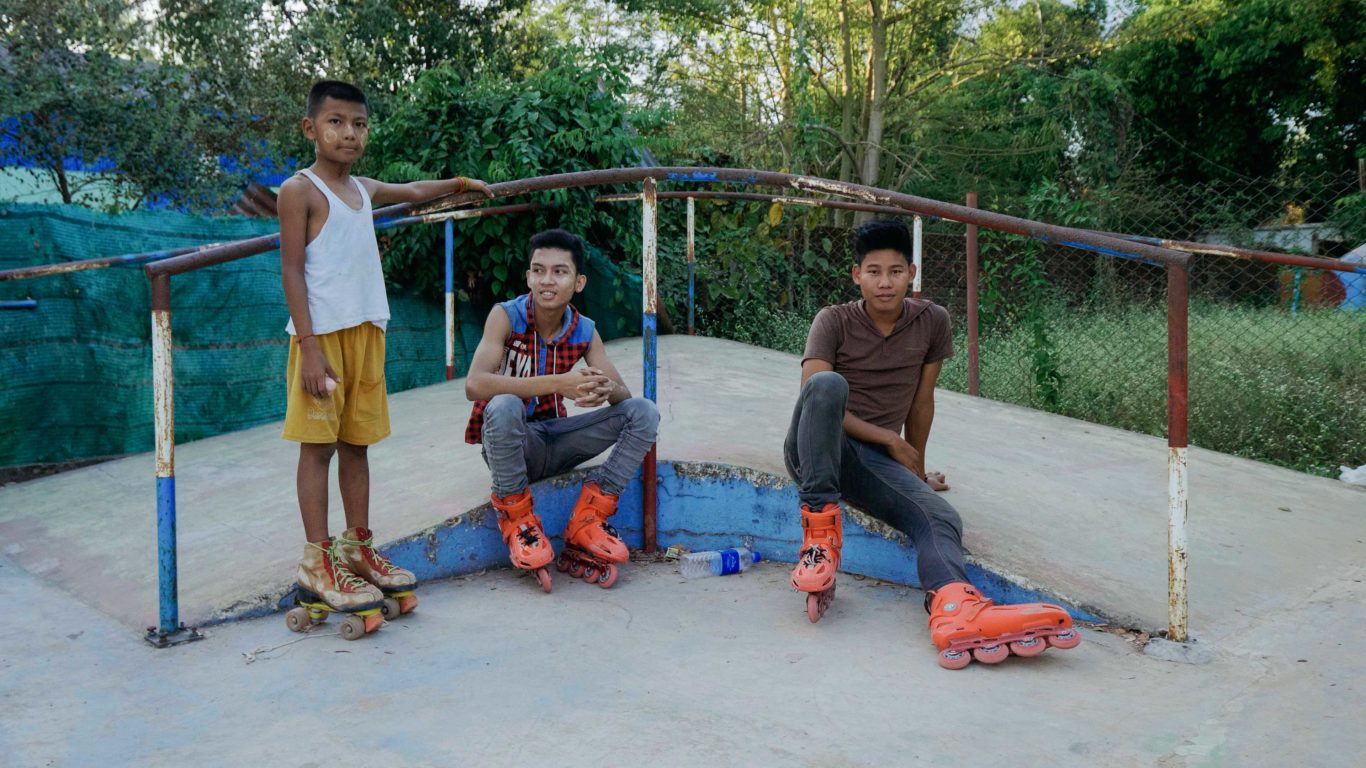 The Republic of the Union of Myanmar may seem like one of the last places on Earth you would choose to go for a skate trip. A once isolated country with a history of military rule, having only opened up to foreigners in the last decade, the worldʼs perception of Myanmar is polarised. Despite the countryʼs checkered political history and continuing internal conflict, amongst the melting pot of religions and cultures exists a thriving group of rollerbleders. The equally colourful crew that consisted of Gavin Drumm, Joe Atkinson and Mathieu Heinemann uncovered the unique scene and skated some of the most untouched terrain out there. 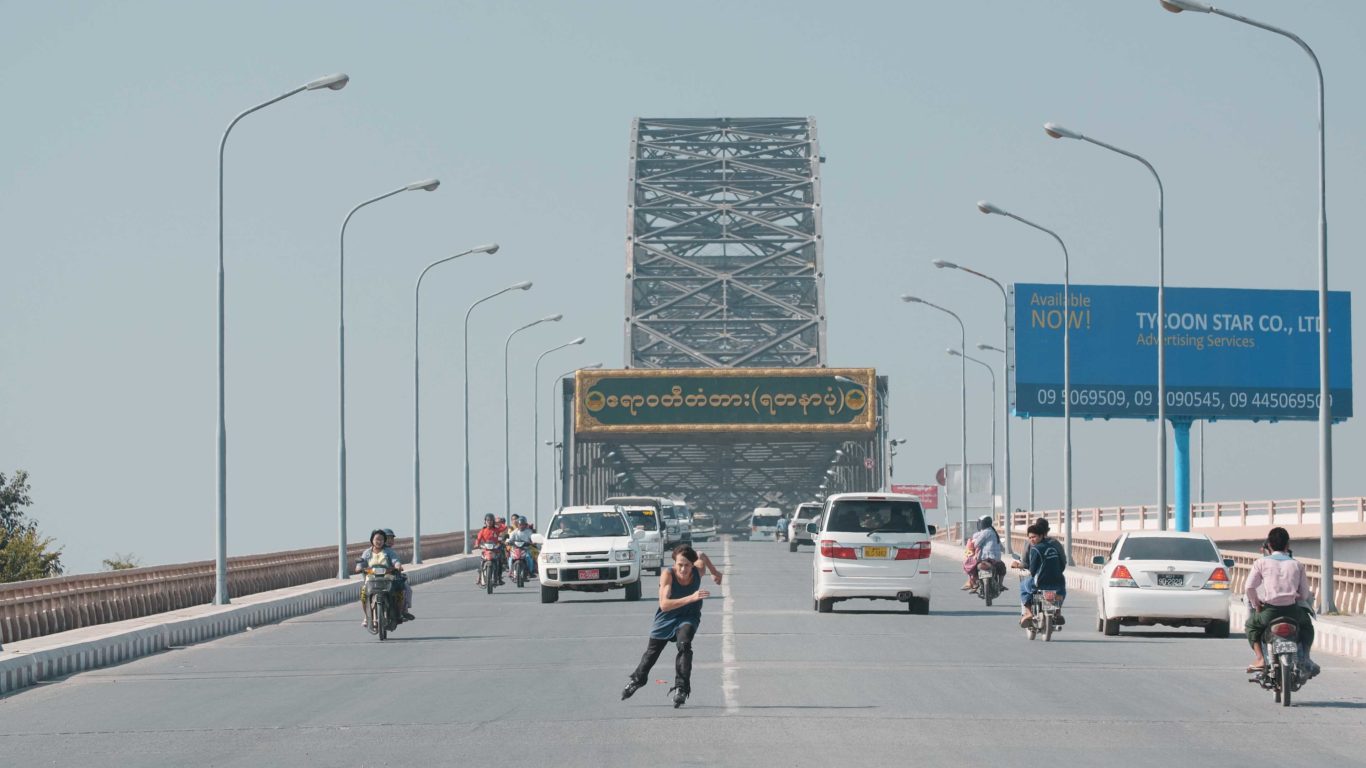 BLADING BURMA was the result of several different factors coming together. Joe and I first started talking about working on something like this following the piece we did in Sydney at the end of 2016. We wanted to do something in Asia as he’s always over there with FISE and other competitions and it’s relatively close to Australia for me. We started throwing other names into the mix and Gav was first on the list for obvious reasons. Mathieu had been hanging with Joe and Gav in Asia too and although I’d never met him properly his skating speaks for itself. One quick Skype call later and he was in! The last piece of the puzzle was my good friend Dave who I met back in the Vine St house days. He moved to Myanmar over 6 years ago now and would often hit me up about coming over to check the scene out. After a bit of research it became clear that they had something pretty special going on there and that we could make something quite unique, so we booked visas and tickets and spent 10 days over there in December last year. We travelled from the capital Yangon north towards Bagan through several cities and some small rural towns to get a real feel for the country and it’s blading community. 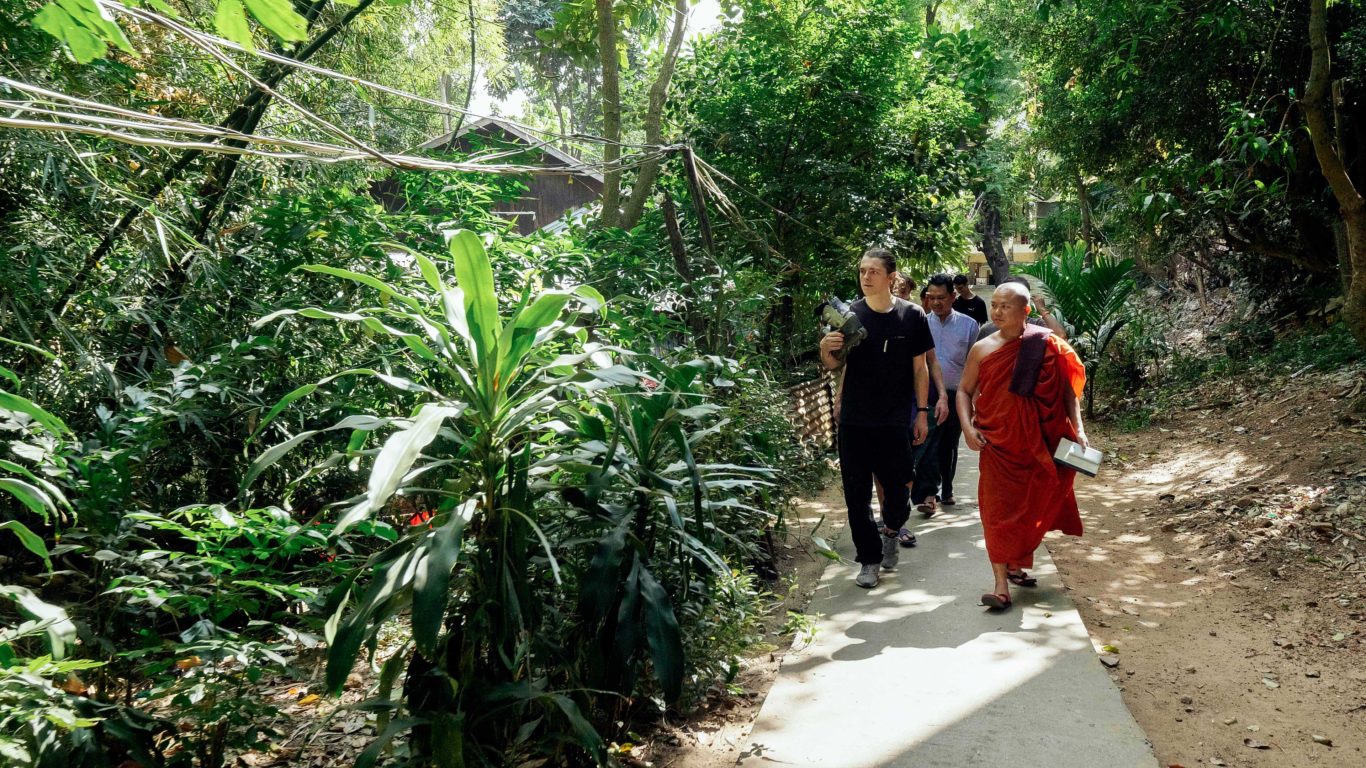 The scene as a whole reminded me of what rollerblading felt like when I first started in the mid 90s. There was just this energy that’s hard to describe and a really strong sense of community. It was super refreshing to see and definitely left a lasting impression on myself and the crew. It really goes to show that although what we do is super niche and underground now, there are still people in every part of the world that embrace the fundamental aspects of what blading can offer.

Big thanks to Dave Payne and Lwin Latt of Myanmar Skate Association and to everyone who has supported so far. Hopefully we can do something like this again in the future! 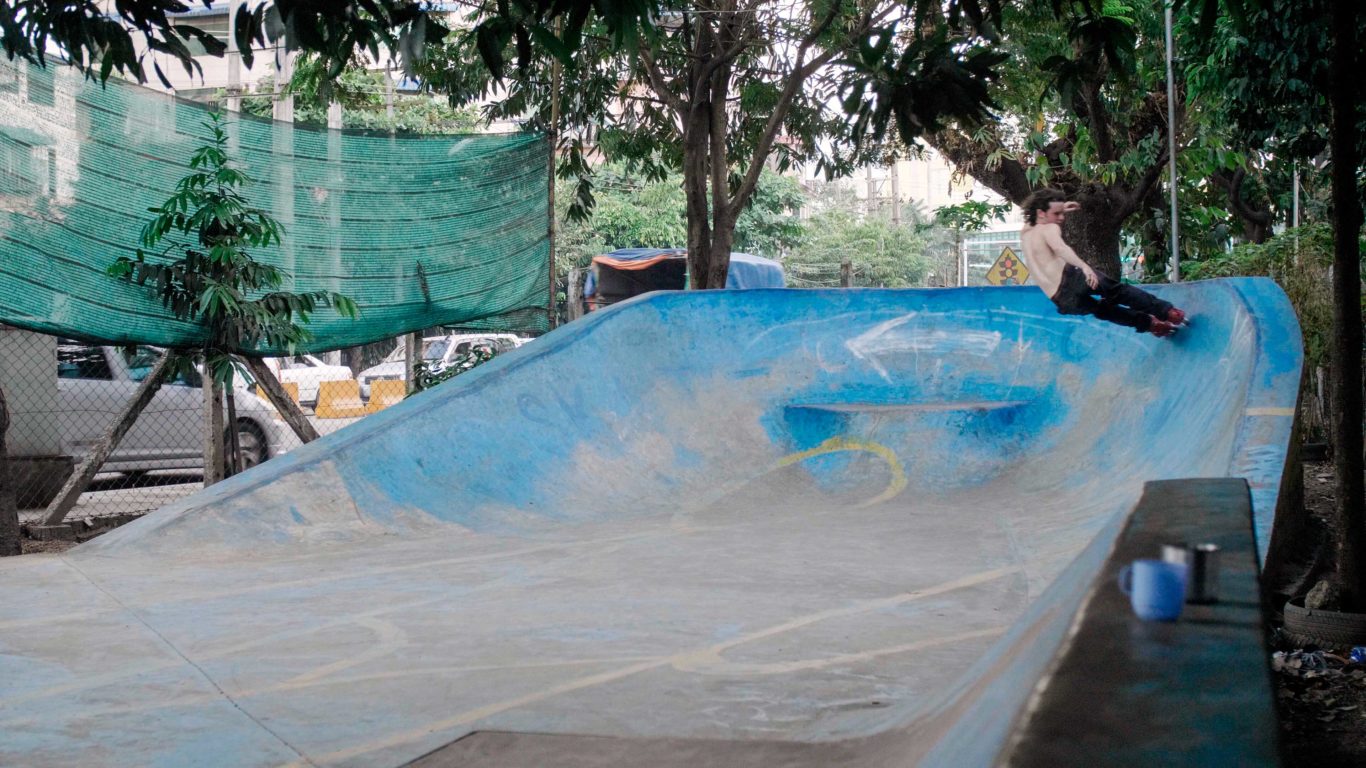 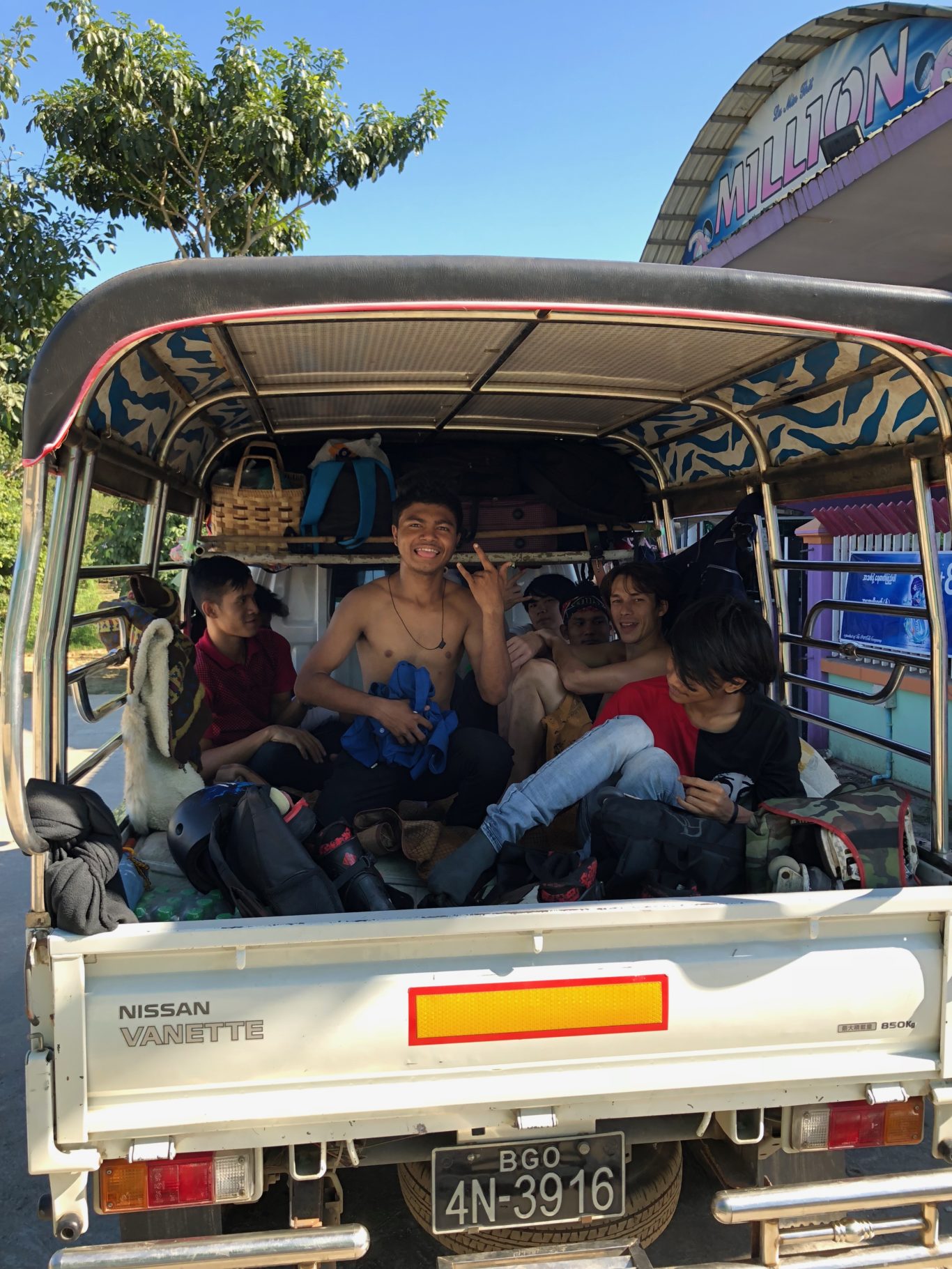