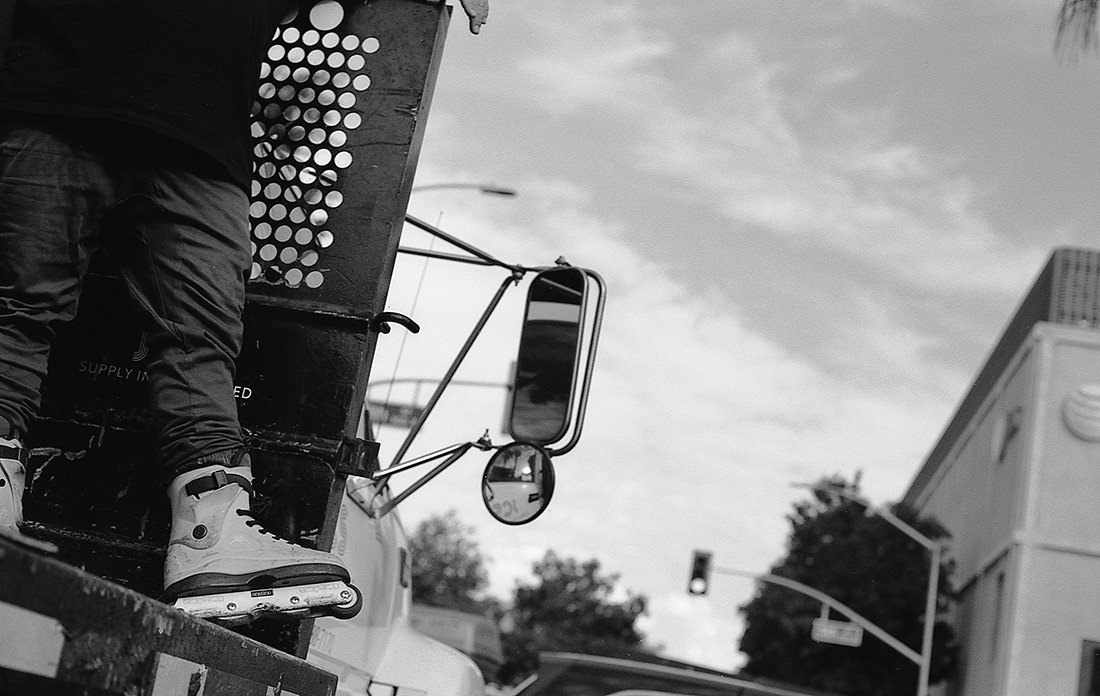 Documenting the rollerblading community has become an increasingly obsessive compulsion with time. It started out bringing a camera to premieres to capture the culmination of clips complied into half hour flicks and snapping shots during sessions that were too easy to blink away. Maybe it was because I have always been comfortable at the peripheries and it felt like I was looking through a peephole — from the outside looking in. It became my form of connection to the greater good I wanted to be a part of.

That kernel of truth stems from my earliest days in rollerblading. There was a sense of belonging that came with the amalgam of skaters I grew up with. It did not matter who you were as long as you laced up and came out to skate. Rollerblading appeared to be a democratic collective (in hindsight, this is true of most other action sports). If you wanted to be a part of it, all you had to do was take a stride forward.

As I found myself shooting more and more, I found myself connecting more and more. Sentiments shifted from strangers I did not know letting me photograph them to being waved at to come over and capture the commotion (having photos featured by the blade media didn’t hurt either). Pro or weekend warrior, it never mattered who let me photograph them. If there was a moment to frame, it was worth shooting. If there was a face willing to let me connect for 1/250th of a second, I welcomed them.

Blading Cup is the perfect example. I cannot count the number of times I would steal a snap and someone say to me, “I’m not a pro, I’m not anyone.” “But you are! You’re here. Without you, there isn’t—this!” Every face, every pair of skates matters. The whole equals the sum of its parts.

The communal experience that is Blading Cup could not exist without persons far and wide, known and known in their local scenes, child and child at heart. Their cheers resonate the same in every language, in every spectator there that day. That’s what we remember the day after; the year after. We recollect what it was like to be more than urethane islands floating over sidewalks on our own.

In that way, I want others to connect the way I have. Every photo becomes my way of ensuring they remember they matter.

I’ll see you at the next event. If you see me, say hello and stay for a snap.