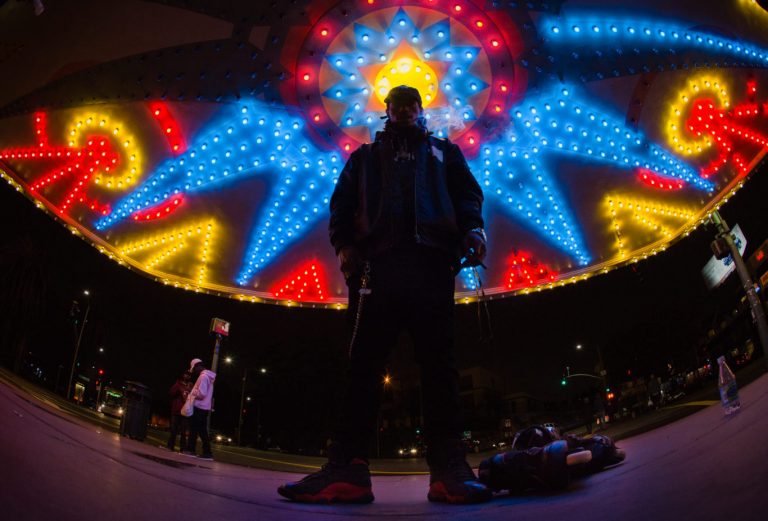 Brian Freeman loves rollerblading more than you. How so? He’s been rollerblading every day since July 1st, 2017, nonstop. Have you skated every single day for the past 5 months? I didn’t think so.

When I first met Brian, his welcoming was as if I had known him for years. It reminded me of when I met Dre Powell, who always treated people as a best friend even if they had never spoken a word to each other prior. Impressed by his commitment, in addition to his silky style and extensive trick vocabulary, as well as becoming the newest pro for Gawds, I felt it would be appropriate to sit down with Brian and pick his brain about blading.

Let’s get a bit into your back story. For me, you sort of just appeared out of nowhere back in the late 2000’s. When did you start, where did you start, and who got you started?

That sounds about right. Somewhere around 2004 is when I started blading, I was 15 still in high school and living in Round Rock, Texas. I met Alex E. and Zack G. at school and we all lived close to each other. One day I asked to try his blades and next thing I know I’m at Connections Skate Shop getting blades.

Fast forwarding to now, over the past couple of months you’ve dedicated yourself to rollerblade daily. How did that come about? Have you been consistently blading every single day?

JC.Ro was the one that sparked me to just do something. Creating an everyday content kind of evolved from a conversation we had while he was in Oakland doing a painting. I was already a few months in when Montre told me about Kevin Dowling doing a 365 challenge while in NYC for the BPSO2. I’ve been blading everyday since July 1st 2017. With being a father and working full time it’s been a real challenge , but I love every minute of it. Blading isn’t dead nor dying in my eyes. We just gotta keep moving forward and let’s keep getting it forever.

What are you doing for a living?

I’m many things, mainly involved in the cannabis industry, but I’m also an artist, blader, father, and brand ambassador.

I know marijuana is a big part of your life. When’d you first start smoking?

My good friend had just came back from Jamaica with his family in the early 2000’s and really put me on game about it and what the culture was about. From there on I was in love.

Do you smoke prefer to smoke pre, mid or post skating?

All the above. I treat cannabis as I do water. With the same respect, it’s just as important to me. Helps me be calm before, helps me get juiced during , helps me with relaxing after.


You think you’ll ever quit?

With weed becoming widely legal throughout the US, do you see yourself pursuing a career in that industry?

I believe cannabis has a bright future and people are starting to see the positive benefits of the plant and the things it can help with. I definitely hope to be apart of the industry as long as I’m alive and in death.

Tell me a bit about your relationship with Valo. How did you get introduced to Jon?

While the Vibralux crew was in Austin filming for On-Top I really think that started it all. Alex Broskow was a big influence on that and I had been making edits rocking the blades and next thing I know Julio’s starts hitting me up. History ever since almost 10 years now. Loyalty is real.


You’ve recently become pro with Gawds, how did that come to fruition? Is there any chance you may take on riding their skates as well?

I knew Street urethane was closing its doors and I’ve been friends with Franky for a long time through the Bladergang camp so it felt right to be apart of the movement he is creating. I feel it’s important to see a urban brand to be able to market to a different demographic; it’s beautiful to see and be apart of. I don’t know what the future is holding for me, all I can do is enjoy the ride.

What are you looking to accomplish in the next year with life?

To spend as much time with my family and just keep putting blading in your fucking face so you know it’s not going no where but up.

S/o to my love ones and the people who have always had my back. #letsgetitforever