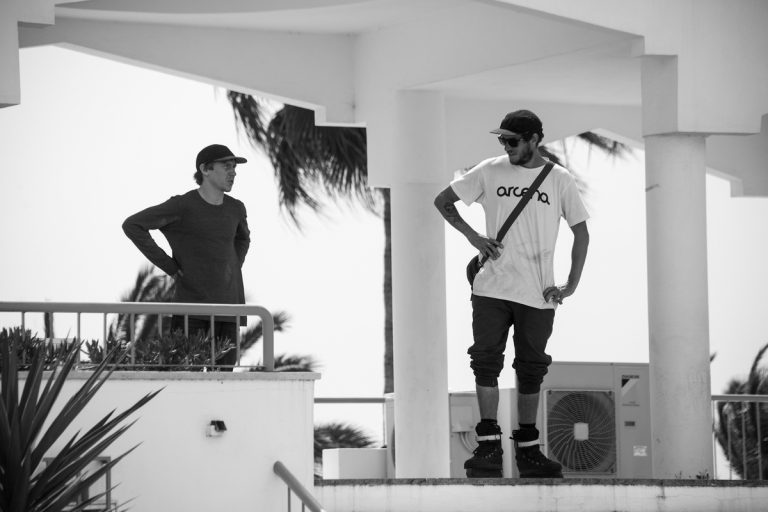 There’s been a lot of shit-talk about rollerblading not being hard enough these past few years, going soft and the standards for stunts dropping below what the norm was a decade ago. Truth be said, even the author of these paragraphs has fallen under the influence of the so-called “hammer nostalgia” at times, just being overwhelmed and not being able to see that with the democratisation of rollerblading content, we’ve gotten more than a few different directions of the blade game, and the ‘mainstream’ has become richer with different flavors, benefiting our lovely passtime activity and scene. If you have failed to notice, with the people pushing a more laid back approach to blading, there were always the people pushing the envelope further and further. If you seek proof, look no more than to Nick Lomax‘ and Sam Crofts’ Broke VOD, released just days ago, produced with support from Hanglosers and USD. Filmed in Portugal and Spain, it’s just stunt after stunt after stunt. So, here’s a chat with the men putting their lives on the line for your visual stimulation, Lomax and Crofts. 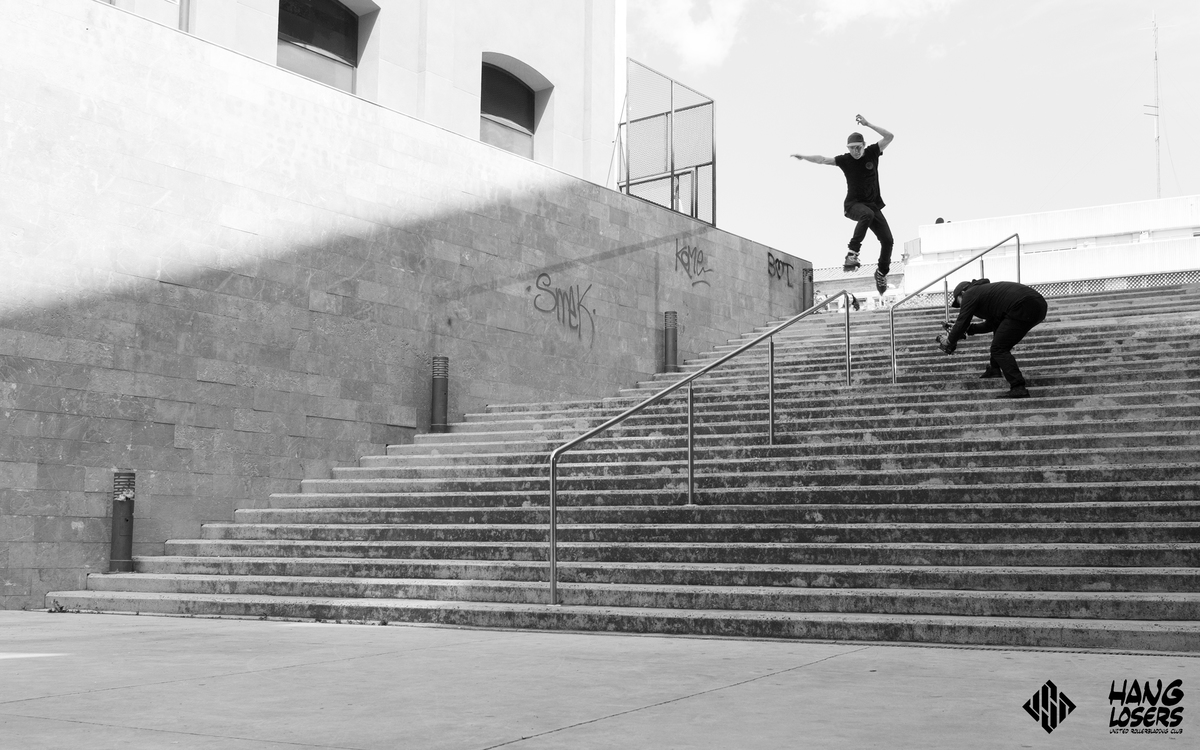 Your Broke video somewhat reminded me of the legendary DL / KG section in VG 6. It’s not really a breakout section as you have both been pros for a while now, but it’s a game changer for sure. Did you start working on the video from scratch or did you have some sort of idea how it should look like before you started filming?
Nick: The idea came from just wanting to get away for a little while, Sam had already planned to come visit me but I figured vince lives in paradise so we should go enjoy that too. Vincent was also planning to come visit so we decided just for the banta to make a vod.
Sam: No we literally had no idea how the final thing would look and the whole project was started and finished in those two weeks, I’d like to say it it was a meticulously planned out operation, but I’d just be lying. The original plan was for me to just pop over to nicks house for a smoke haha, but we decided we should probably try and film something too… The idea kinda escalated and we basically concluded with “Fuck it, lets have a crack at making a VOD”. The homie Vince got involved and we settled on the idea of Portugal for the bulk of it then heading to barca to keep with the original plan and brush up any final bits we needed. We swung the idea past the USD head honchos, got the nod and 2 days later I had a plane ticket to Faro in my inbox. 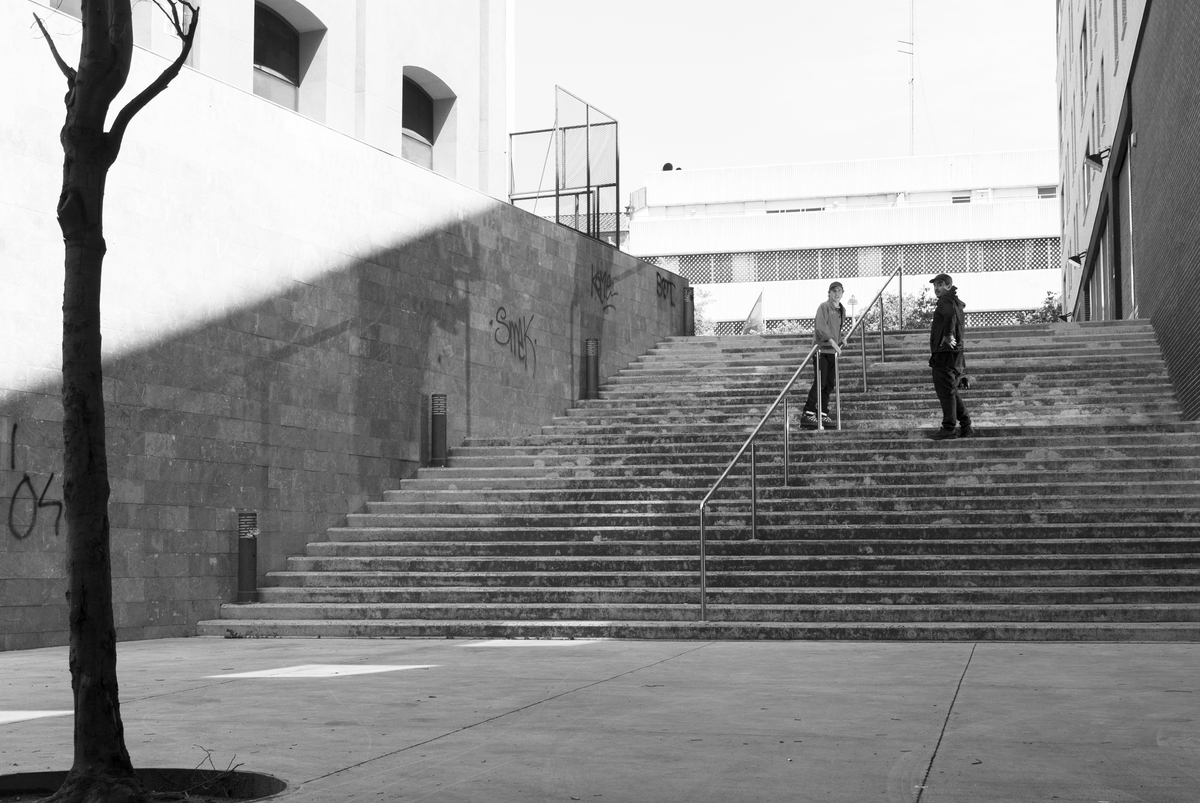 If both of you had to pick the other persons favorite trick from Broke, which would it be and why?
Nick: My favorite trick of Sam has to be the top soul and fishbrain down the drop rail. Because no one had ever skated it before and the staff were so shocked to see that. Plus you can see Sam telling the guy to move so they can talk. but its obviously so the guy moves so he can have another shot!
Sam: A few of Nicks tricks that come to mind…the gap to wall ride…zero run up, well far and also shit, glass and even his own piss in the landing for good measure.…NFG, that front torque on the drop rail was mental…and that 3 top sunny, he laced that second try…half hour after breaking his rib on the second day.

How did the process look like, was it like one did one trick and the other tried to top him?
Sam: Nar not in the slightest, we’re british, we que up, take turns, get clips then grab a pint. 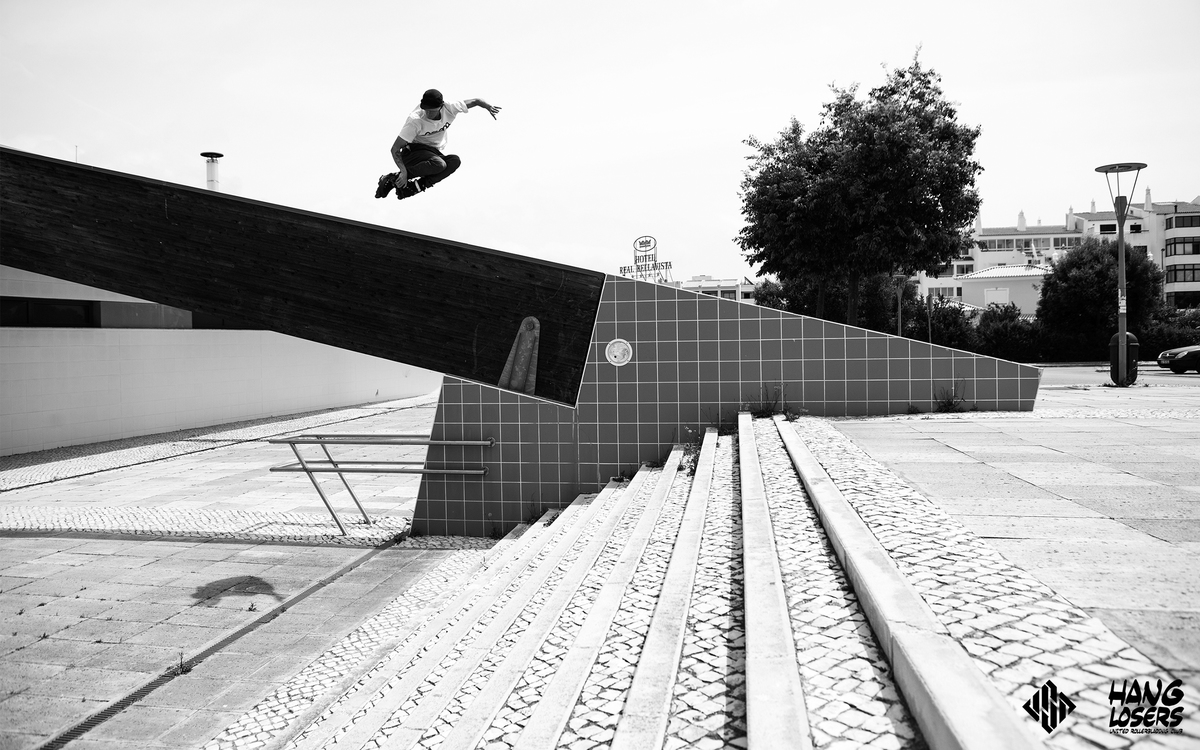 You’re both skating Aeons. Did skating flat exclusively for a while now change your skating and approach to tricks?
Nick: Not at all, just can skate alot faster now on all terrains. I do think twice before i grind a fat rail, but the groove is huge so no need to worry.
Sam: Not really, the split on aeons is so big that I never get much wheel bite on regular sized spots. I guess the main difference is that run ups have to be really bad to make me complain these days.

Even though you guys are both well known for stunts, Broke surprised me from the first to the final trick. You picked some really gnarly spots?
Sam: We just worked with what we had, skating in rural Portugal doesn’t have the biggest range of options when it comes to spots. And those Portuguese cobbles are a bit rough to say the least. 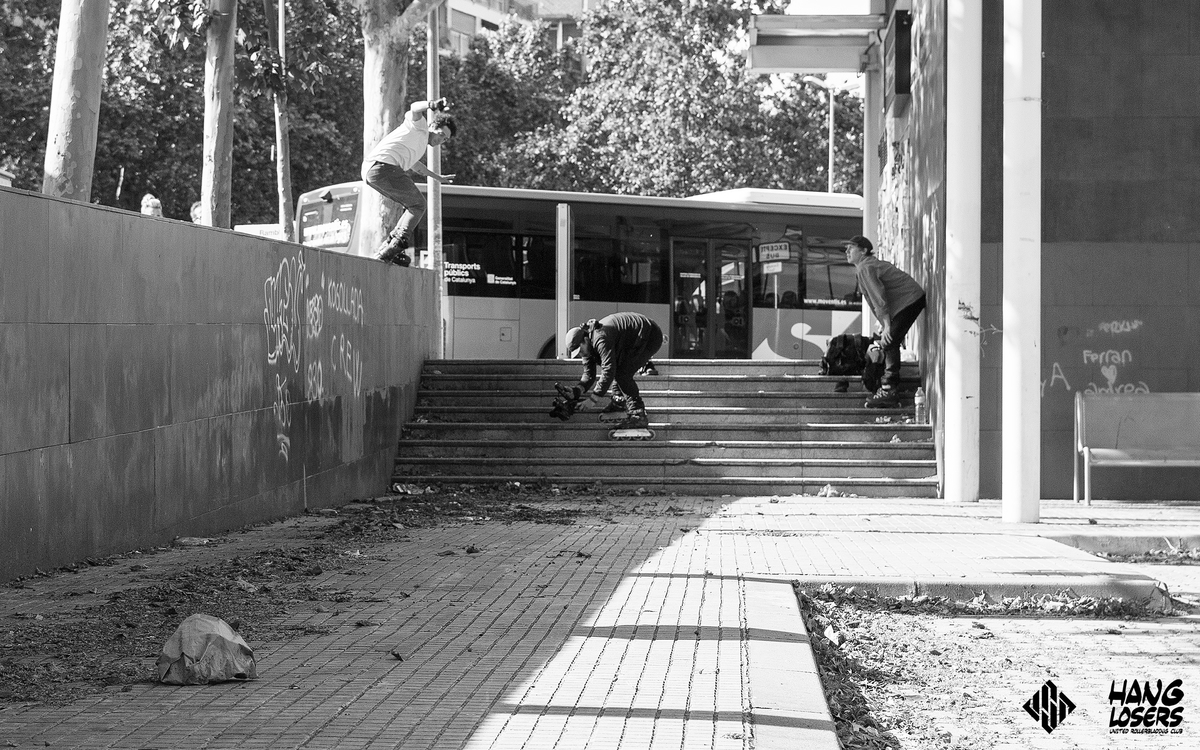 What was the scariest trick for the both of you?
Sam: I kept thinking during the neg mak on the rough down ledge that i was gonna smash my face on that rail poking out on the left, or do a Wagner and chop my shins in half on that sharp Spanish bin at the bottom.
Nick: My scariest trick was the horizontal wallride because the trick was pretty scary and on the landing was all types of disgusting things you don’t wanna fall into.

How was working with Vincent Lindgren?
Nick: Working with Vincent is always awesome. Its great to have someone with you that can film really well. I spend my days in barca desperatly trying to get people to film me well. So its very nice to be able to just skate and not worry about the filming at all. Also hes got 100% Bantaaa and its always jokes!
Sam: Vince is a fucking G, I caught the most jokes in his company….He’d film you all day, cook you the sickest ramen dinner and then smoke you under the table, for 14 nights consecutively. 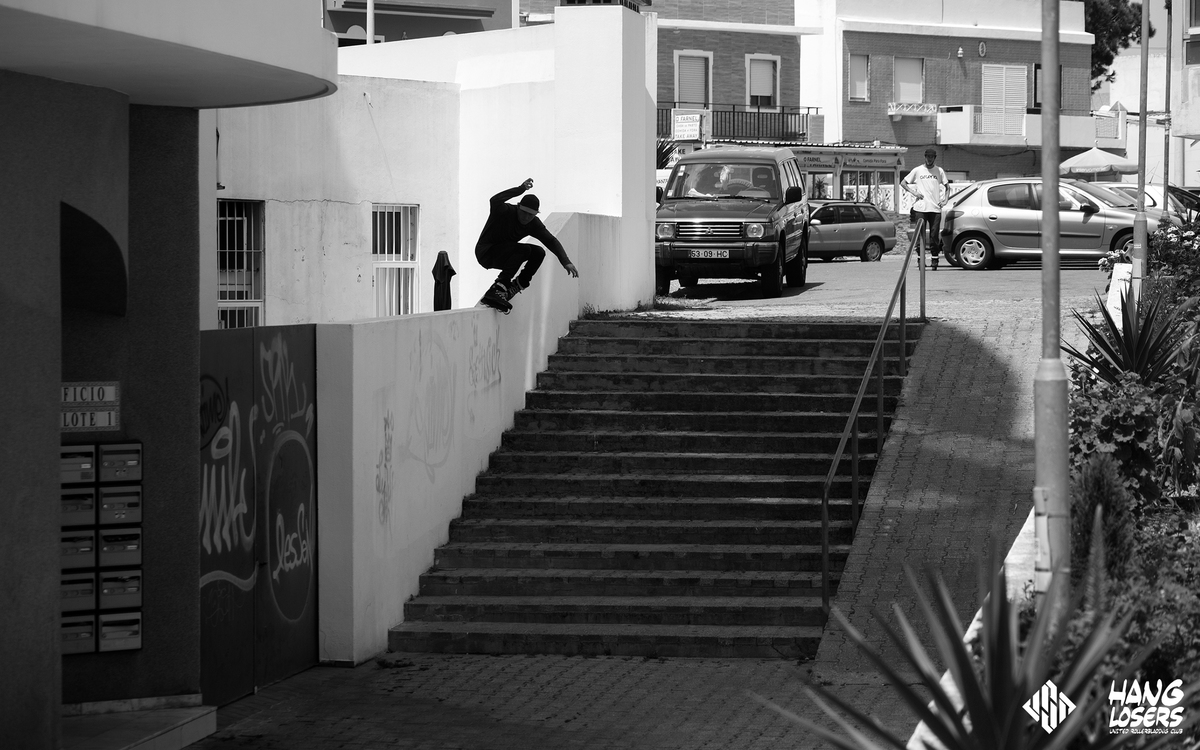 How did you guys join forces for the project?
Sam: We’ve known vince for quite a while, he’s a great friend and talented videographer. I’ve always enjoyed the Hanglosers take on skating so it was only natural to collaborate on this one. We were also very fortunate to have Emil and Kewy bless us with their photography skills.

Would you change anything about the video?
Nick: I wouldnt change anything about the video i love it.. I just wished my injuries were more towards the end and not on the first day haha
Sam: Nothing really, very happy overall with what we achieved given the scenarios we had. Maybe next time we could go somewhere further away…if we sell enough copies we’ll shoot the next video in Dubai and call it Ballin! 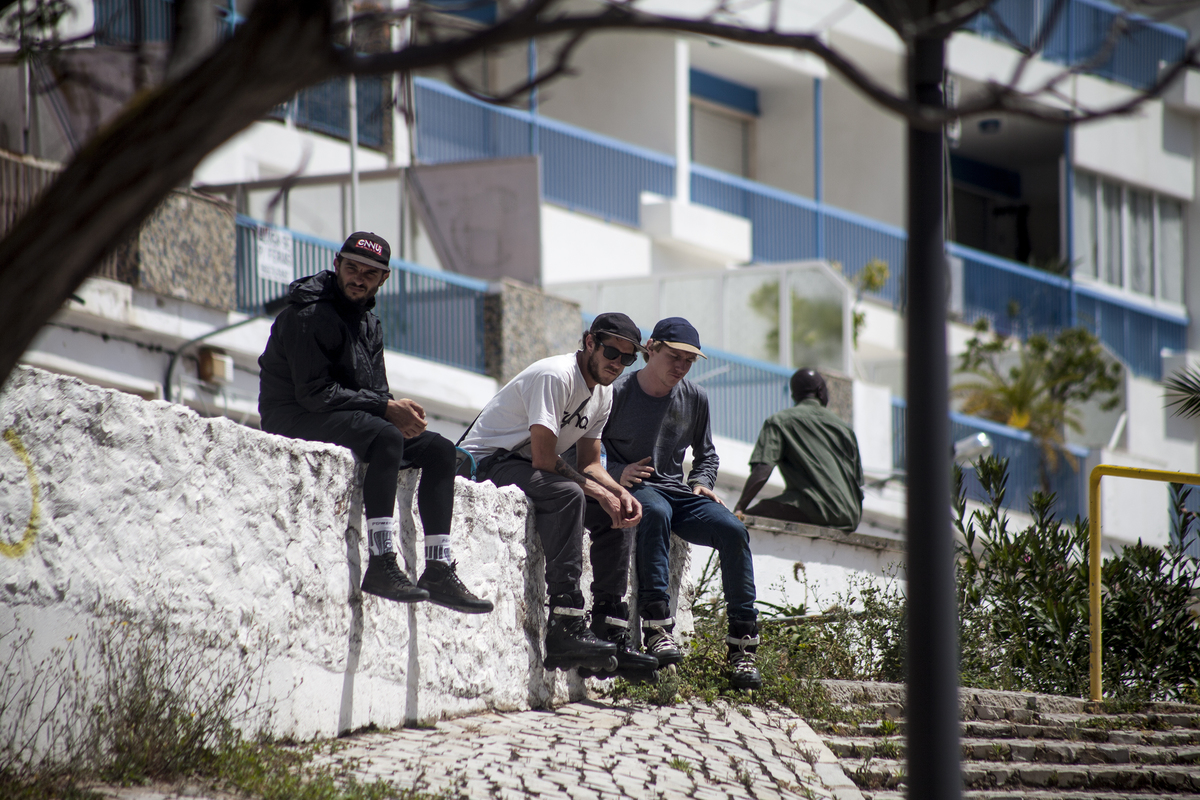 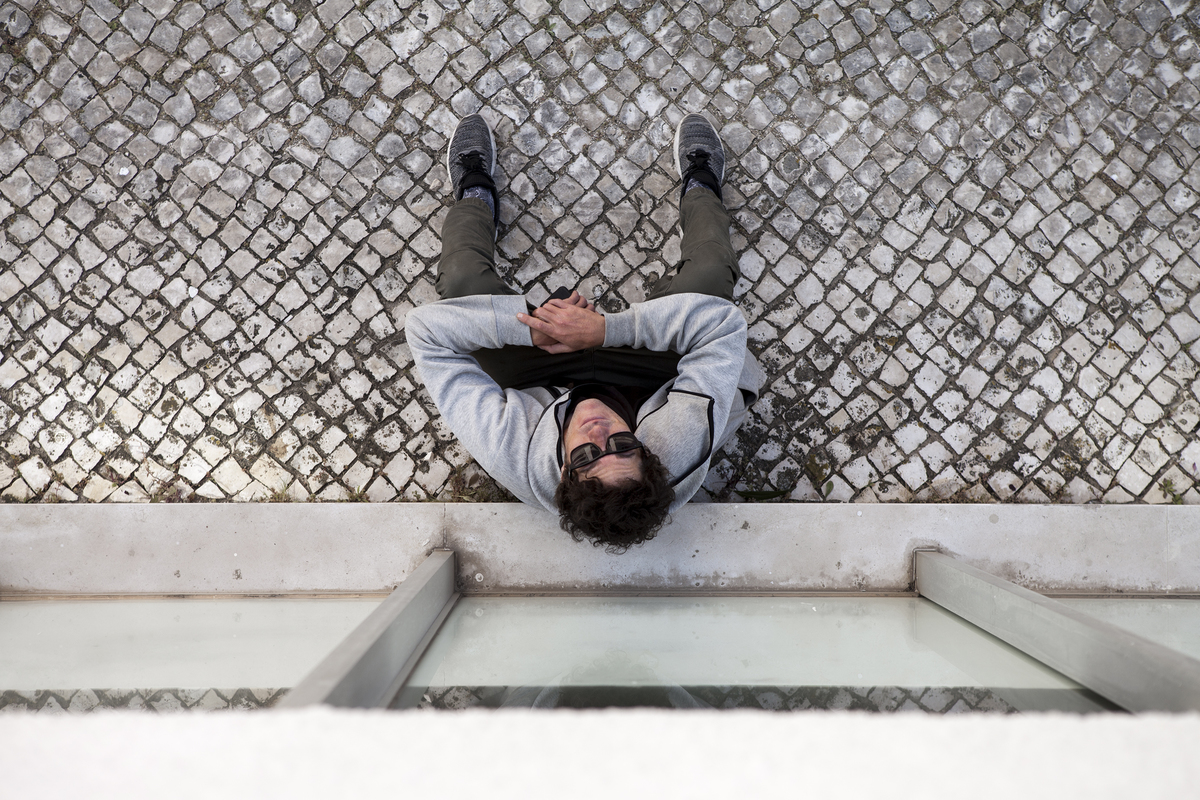 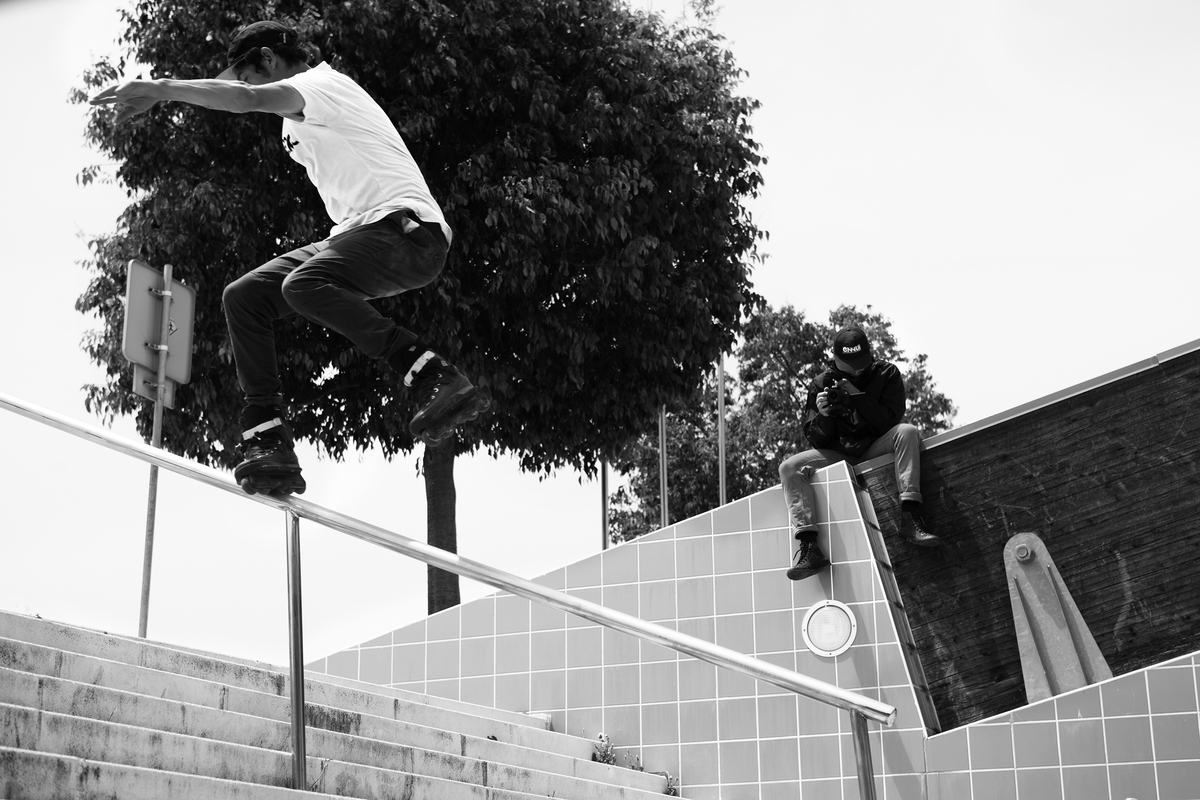 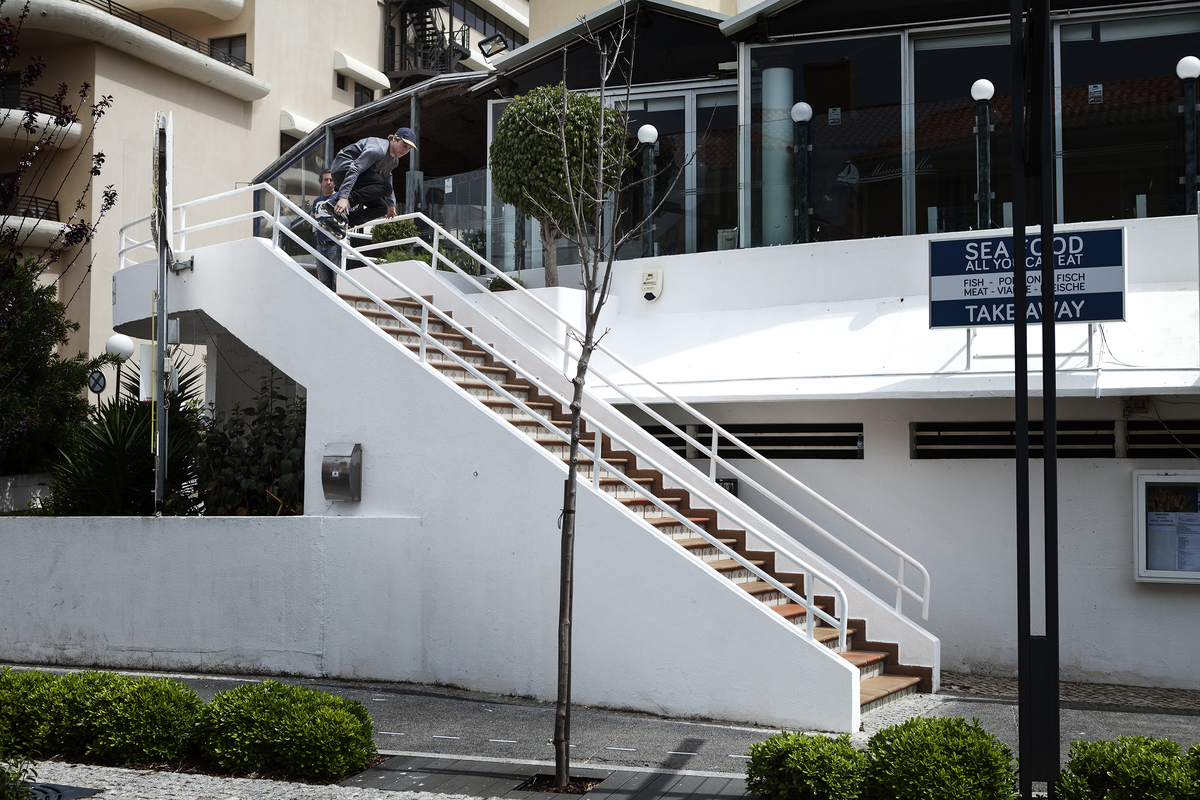 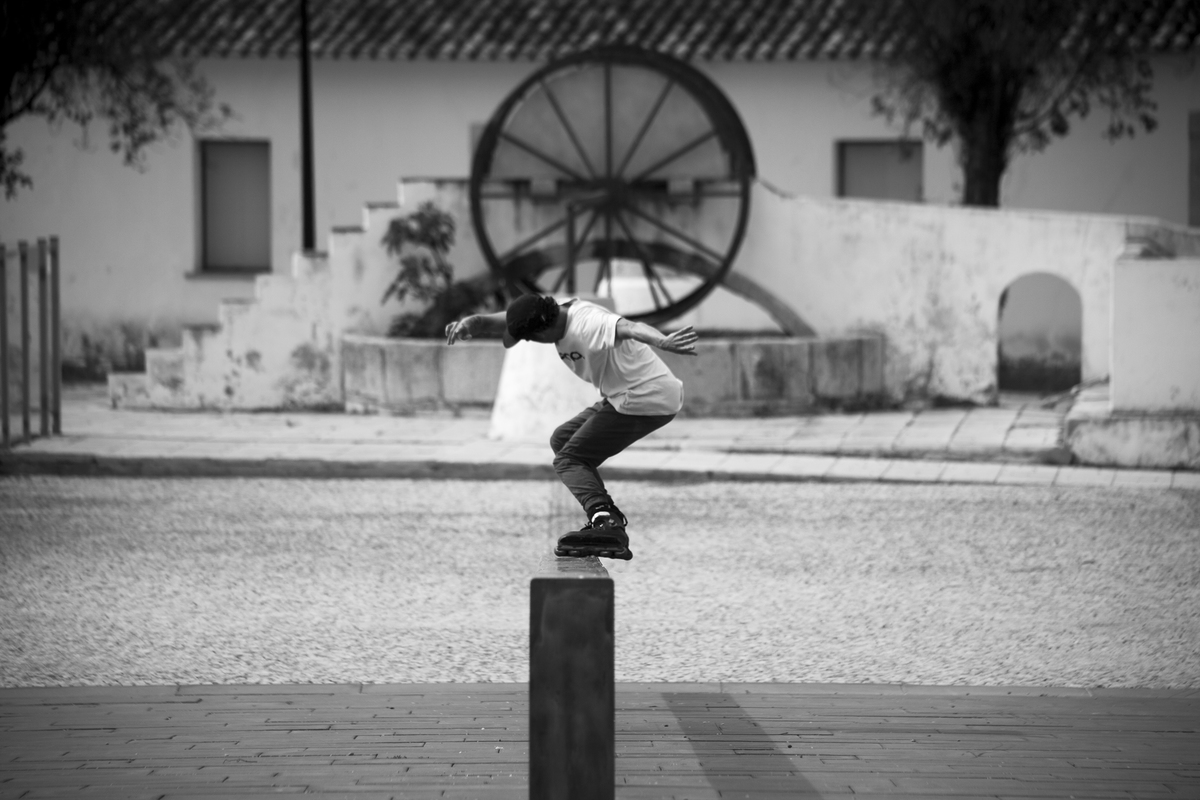