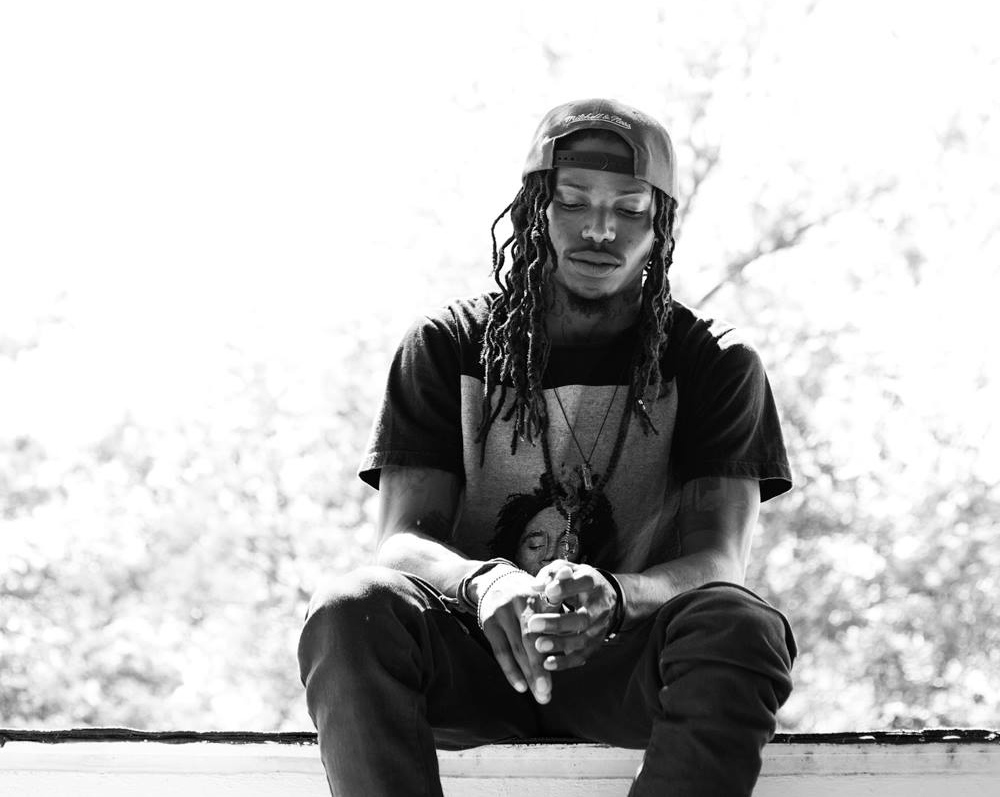 Checking in with Brian Freeman

If you’ve ever heard of Bfree, watched one of his profiles or simply met the man, you know there are a few things you can expect from him. Cool stunts on blades of course, but also a strong dedication to making the sport look fun, not just to our community but to any outsider that will be willing to take a look too. And most of all a huge, contagious smile on his face in all circumstances. He seemed to be more discrete recently though, and despite a promo edit for Street Urethane and a few clips in the Blader Gang online flick, we couldn’t help but wonder what he had been up to in 2014. Well, it seems like it’s been a pretty busy year for him already, so read on and let Bfree shed some light on his recent activities, as well as the many projects he has in store for you!

It’s been over three years now since you relocated to Oakland. How’s life over there? Do you ever miss Austin and the L$T fools down in Texas?
It’s hard to believe it’s been 3 years since I’ve left Austin, TX, but good communication is key. I felt as soon as I got in a groove of things, I got to work and haven’t stopped being busy since. 1,095 days can fly by fast living in the Bay. L$T is my family. No matter where I am or where I go on this earth that will never change. My Bay area family (shout out JSF) is amazing too, I just feel like I’d need more chairs to bring for a family dinner if you know what I mean haha. As far as Life, I’m living & learning and appreciating life for all that it is still. My family’s health and well being, a roof over our heads, some food on the table, KALYP$O, the homies, having a job that allows me to do what I love and help give back to the culture, all of which I am the most grateful for. JAH.

You were recently given a new pro wheel by sponsor Street Urethane, congratulations man! However, it’s been a little hard to follow, what’s up with the company and the name changes?
Thank you Freddy, and much love to anyone who is shredding them right now, and much love to those that ain’t. Basically we dropped the artist and just called it Street. Plain and simple. It doesn’t mean “this” or “that” when I think of the new direction of the brand, to me it makes me think of the word strength, because back in the days and even now when people would have peace riots, protests and marches, they would go to the streets and that’s where everyone would come to gather, their number of bodies show their strength. That’s how I feel blading needs to be as far as unity and coming together for the bigger picture. Everybody supporting everybody. This is our way of trying to get us together and I hope you want to be apart of it because these are our streets too. We got some things cooking, we are still fine tuning things like a guitar ’til the melody sounds perfect. I can’t wait ’til y’all see the new crew though. Straight Kush. Nick Stahl is a beast with the art work, he’s got some dope ideas and is one of the nicest human beings I know.

You were recently in KCMO filming with AJ, and from what we’ve heard you’ve been killing it over there. How was your trip, and what were you filming for?
The trip was dope, a lot of green ass grass, corn fields, it was great to be away from the city life and it was great that we had a plan, a “get shit done” kind of a vibe. 9 days in Lawrence, Kansas / KCMO. Then 5 days in Oakland is the plan. I just got back a week before the Oakland Blade Jam so there was a lot going on at once. We are working on the next online project from Vibralux denim. I hope people enjoy it because it was interesting finding new and old spots that haven’t been touched in a long time, and it’s been a while since AJ and I have filmed something. Shout out to the my Midwest family, much love.

It’s pretty rare that bladers discuss literature in their interviews, however you’ve never been shy of telling how great of an influence The Alchemist has had on your life. Why do you think more people should read that one?
It is the story of an adventure that we all should go on. I think it’s very important to try and see the world and sometimes life takes you on a wild road that leaves you with stories of your own, that sound like something written in a book. It’s a good read, you should check out his other novels, he’s definitely one of my favorite authors. “And, when you want something, all the universe conspires in helping you to achieve it” -Paulo Coelho .

Last year you took everyone by surprise, and threw in a great event which had some of the best pros competing at your local park. After this success, what were the plans for this year’s Oakland Blade Jam which just took place last weekend?
This year’s Oakland Blade Jam was a classic street comp. It’s been about 7 years since the last street comp in the bay area that Eric Garcia hosted, called the Kind Grind Classics. I wanted to see how a street comp would work out and to my surprise we had a great turn out, even though we didn’t have the same crowd as last year, this was more local homegrown classic gathering. Shout out to all the sponsors and everyone that put in work to make this happen, this was really a collaboration of all the bay area bladers coming together as a family and showing support. So now my plan is to do one street comp and one park comp every other year to help keep the scene alive. The skate park that I hosted last year’s event at Town Park just got a green light on building a new park, so when that’s finished that will be next year’s comp if everything works out. Really juiced on that because we need a positive influence in the hood and K DUB is the man for helping make that happen.

At one point, you were working on two separate video projects, that were aiming to bring blading back on TV. What happened to those, and most particularly to Road To Bfree?
Well Road to Bfree was a pilot of an idea Daniel Kinney and myself created, with the help of Ivan Narez, Chris Haffey and Billy O’Neill to try and show the other side of the blading lifestyle, something to get other people involved with. There has been many ideas and attempts to enlighten others with our culture and all we have to do is keep trying, because you have to start somewhere. We are still trying to pitch it and see if a production company would Iike to pick it up. To make a full season show would be expensive and time consuming, so we are just patiently waiting for the next step, but it’s still in the works.

Do you have any other projects in mind? What’s next for you, and what can the world expect from Bfree?
Now that the OBJ is over I’ll have a few months to just focus on blading and other projects I’d like to work on. As of this moment I’m still working on my Vibralux VOD section, about to link back up with E.Rod to finish the Blader Gang online deal, also the new Valo site as we’ll be doing more updates. This has been a really busy last few months, we were all just in Puerto Rico, Mexico, New York, it’s been getting wild but that’s the whole point in life. To live it. I’ll be around, I don’t see myself leaving the game ever but you can find me chilling, listening to some Lightnin’ Hopkins & a spliff somewhere. You can expect a smile from me too.

Wouldn’t be you without that smile. Any more shout outs ?
The Freeman family, all the homies Z lee, Matty, Omar, Steez, E$G, Smokemoore, K Scott, JSF, LST, Tejas, BHC, Valo, Amall, RW, Bander, Blader Gang worldwide, Brian, Noah & OG Pete, everyone that comes out to WNS, and to you for reading this. Jah.