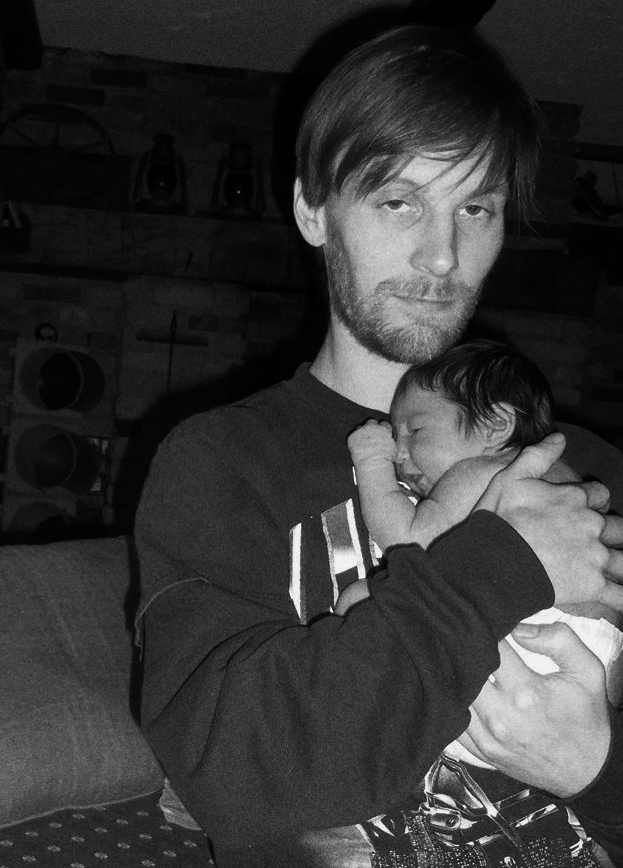 Checking in with Don Bambrick

While Don Bambrick may not have a pro boot sponsor, he is still stacking clips and developing his own edits for Street Urethane and Vibralux Denim. We wanted to check in with him to see what he’s been up to and how fatherhood has changed him, as well as looking forward to DGB edits in 2015.

Hey Don, thanks for speaking with us. Where are you these days and what have you been up to recently?
Hey Kevin, Right now I am just waking up at my house. Over the summer I moved from my house of 6 years, which was kinda sort of in the ghetto to a nice neighbourhood and a house with just under two acres of property. Plus I had a beautiful little girl in November. Life has been amazing.

Congratulations Don! On the blading side, we’ve seen a few edits online with yourself and Brian Weis, how did those come about? When can we expect the next one?
I guess Not Cereal started out in my head as just a winter park comeback section of myself. I had a camera lying around my house for about 2 years and was always kind of intimidated by it and at the time I wasn’t really creatively where I am now. Once I brought it up to Brian the idea kinda turned into a tag team thing. He had camera, experience and knowledge and not to mention his abilities on rollerblades. We work well together so it’s fun. Cereal 3 is in the works. It will be free and just like the previous two it will be out when it’s done.

Who’s in the crew that you skate with these days? Would you say you’re skating more park or street coming into winter?
It’s a mixed bag for sure. I skate with some old friends I grew up with, a lot of the younger generation as well. I just try to have good vibes and smiles no matter who I’m with. Obviously it’s basically all park right now but I do find myself wanting to go out there and get some tricks in the cold. I’ll probably wait until spring for that though, ha. My spot list gets bigger everyday.

What’s life been like as a “retired” blade pro? What do you think are some of the advantages of being a free agent of sorts?
I’ve had the time to learn how to become a lot healthier in the past two years and realized what works for me diet wise. My vegetarian diet is so important. I guess the irony about the fact that I’m no longer a “pro” anymore but in my opinion I am skating better than I ever have before. I think the only perk would be that I’m so far from the industry now that I had to learn how to create content for myself. Nowadays I like having creative control with my own skating and enjoy all of the processes.

Looking back, you’ve put together so many memorable video parts. Which one do you think is the best representation of the kind of skating that you want bladers around the world to remember you for?
If anyone is influenced or inspired by my skating in some way or another that’s always really cool. I think it’s less about which part but just that people dig what I’m doing. Mindgame parts were always special to be a part of, Generic Tour Video and Icons were great periods in time for me as well.

You just had a recent Street pro wheel released, who had the idea for such a simple graphic? Will there be a little video to promo it?
Nick Stahl designed it. I am super pumped about how it turned out. BAMBI. I’m working on a short video promo as we speak (Editor’s note: it just dropped yesterday).

After many years of skating for a living, what are you doing in Detroit for a real life job?
Right now I have a part time job delivering wine all around the state of Michigan. Once my wife returns to work in a few months I will assume the stay at home dad role until my little girl starts school.

The past few years you’ve been married and as you mentionned, you and your wife just had a daughter. How has married life and fatherhood changed you and your views on life?
My wife and I are extremely close. She is an incredible person and I couldn’t ask for a better woman to raise a child with. I don’t know that many views have changed all that much. Keeping a positive outlook and trying to enjoy all of the moments of life is something I try to focus on. Spending time with the two of them is a main priority as well.

What can the blade world look forward to in 2015 with Don Bambrick?
This spring I plan to start filming for a Vibralux VOD section with my man Adam Johnson. I’m also going to start stockpiling footage for a year or two and put out a section for me by me FUBU style.

Shoutouts? What’s up with your Red Wings? They going to raise the Stanley Cup this year or what?
I haven’t watched any Red Wings this season. I like the Lions but they suck. My baby is my new television.

Thank you to everyone who has ever helped me out in the blade world! Thanks to Valo for the skates! STREET Urethane for the wheels! Create Originals for the frames! Anyone with bearings, feel free to send a pair my way, lol.