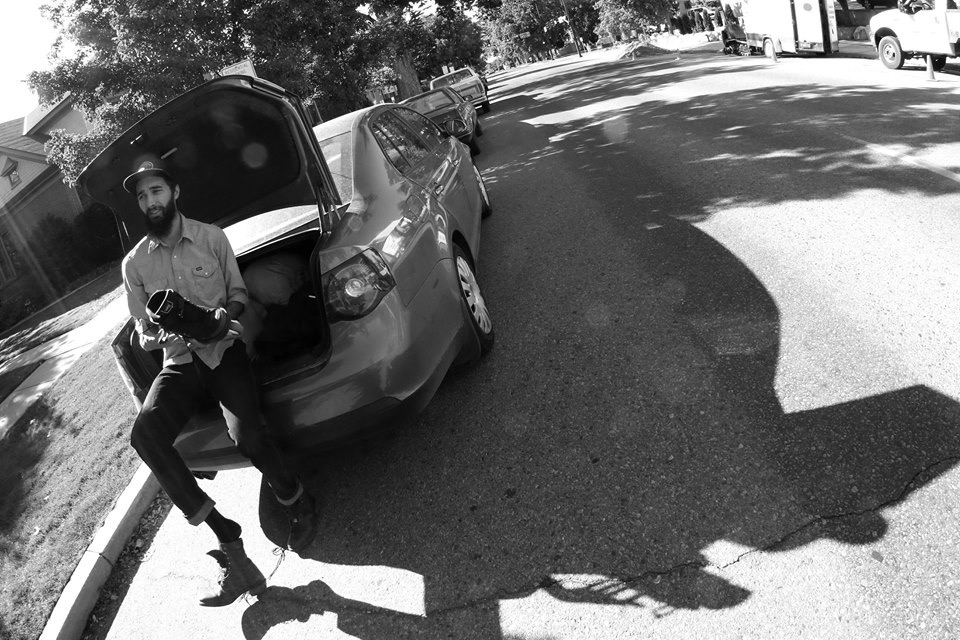 Checking in with Erik Bill

This can’t be said for many people living outside the State of California, but several times now, Erik Bill has succesfully turned the release of a local video into an international event. With outstanding titles like I Was A Cloud, Dayshapes or Snake River Special, and the distinct character and feel he instilled into his already long list of videos, with time Erik has undeniably built a strong identity for his productions. And Idaho was thus put on the world map.

We are now a few days away from the upcoming premiere and worldwide release of Erik’s latest video. Entitled Snake River Special 2, the second installment in the SRS series features a cast of both old and new faces, with returning champion Erik Bailey co-starring alongside traveling up-and-comer Geoff Phillip. Yet, once again it is most likely the city of Boise, ID itself that will play the lead role in this flick.

So as you get ready for the release of SRS2 on Saturday night, read our interview with talented blader and videographer Erik Bill, and learn more about the project while you keep your eyes peeled for another local video the entire world wants to see.

Hey Erik, it has been a little while since we last talked, how have you been, and how’s life?
Yeah it has been a long time. I’ve been doing well though, thanks. Life is great. Got a good family, good gal and good pals… I hope you’re doing well, too!

On a “professional” level now, you have produced several videos already, and if memory serves, you also released the first blade video on blu-ray ever. Could you maybe list your previous work, and tell us about your experience as a videographer?
That’s true! I never wanted to toot my own horn but I have always thought that was kind of cool so thank you. I’ve actually been meaning to upload the old videos for some friends so if you have any interest in watching them, they should be online sometime fairly soon! This list is actually a bit more lengthy than some might expect… I’ll see if I can get it right:

– Hatred (made this when I was 15 or so. Lots of sweatpants and homies)
– Disapproval (similar to Hatred but some of us got taller and started growing mustaches)
– Don’t Forget (facial hair filling in as well as some of the guys’ trick vocabularies)
– Some Mothers Sons
– Born Under Punches
– I Was A Cloud
– Dayshapes
– Snake River Special (this one got around decently, thanks to anyone who checked it out.)
– And soon to be released, Snake River Special 2

Even though I’ve had a camera in my hands for the past 13 years I don’t really see myself as a videographer by any means. I just like making skate videos with my friends. I really don’t enjoy filming or editing anything else.

Snake River Special came out 2 years ago, what have you been doing behind the camera since then? Any projects you have been involved with?
I have been filming for Snake River Special 2 for the whole time. I have made some online edits for The NDN. Made an online Geoff section and a Bailes section. A couple park edits and Geoff put out a section of me on the other side of the camera.

Were you happy with how the first SRS turned out, and how was the public reception of the video in general?
Like most people, I always feel like I could’ve done better but yes, I was happy with how it turned out. We still watch it sometimes and it serves its purpose, so that’s cool. From what I hear the public was pretty stoked on the video. I think it really helped people from outside our crew see what we’re all about. It got some distribution outside of the US which I think is great. 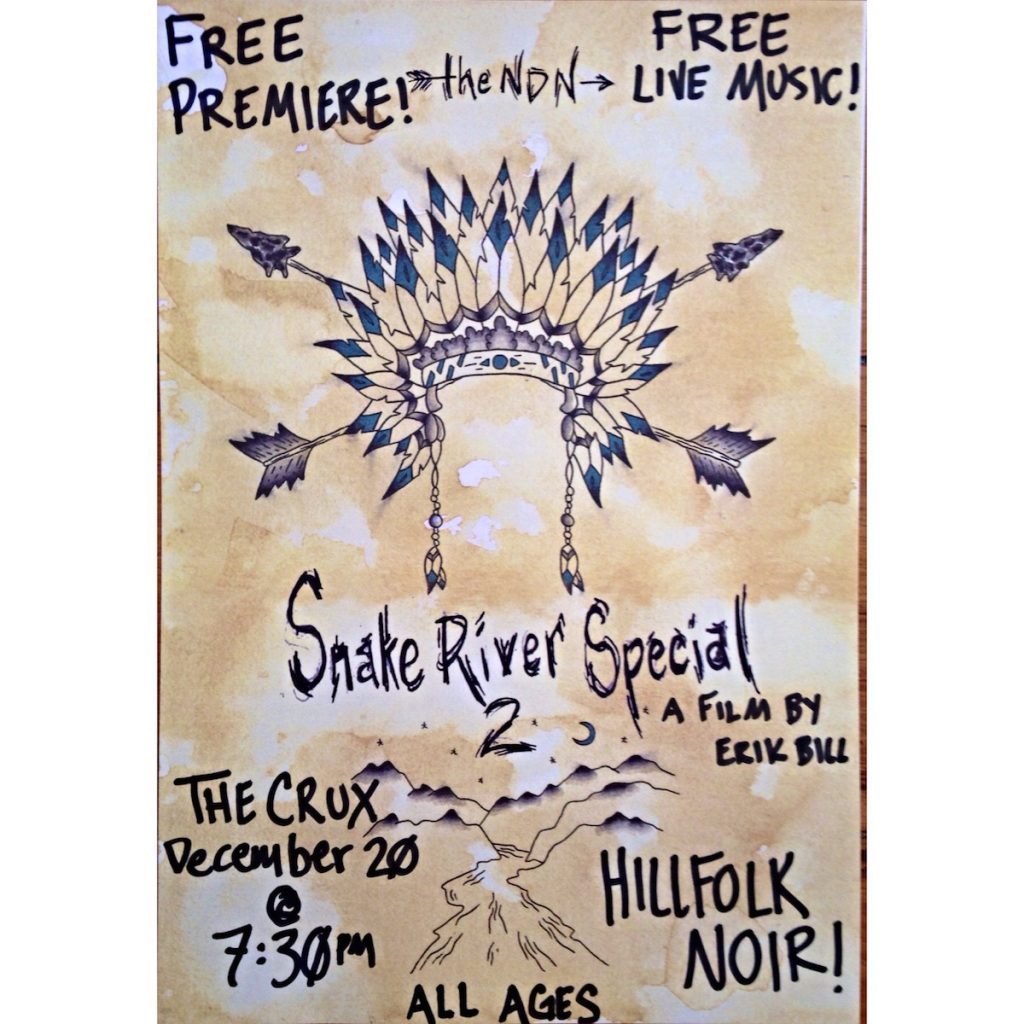 Was it a logical decision to keep the series going and work on a second episode of SRS? Or something that came about later, and then felt necessary?
I will always be making a blading video… So I was filming and skating without knowing exactly what it was for, at first. I wanted to keep the feel of the first SRS but build upon it so I figured “shit, might as well make it SRS2”. My friends were into that idea, too. Might even make SRS3…?

What’s the idea behind it, and who is involved with the project? How long have you been filming for, who’s having sections?
The idea is to capture the fun we have and the way each person skates and perceives skating. We’ve been filming since the last video released. About two years now. There are sections on Phil Davidson, Aaron Kasper, Jeff Stanger, Nicholas Swan, Geoff Phillip, Tim Jones, Erik Bailey and myself. All of which are good pals of mine and so are the other bladers who fill up the friends sections. We don’t all live in Idaho and we’ve got real life stuff going on outside of skating of course, so it’s a really cool thing to have captured full parts of them when we did have chances to meet up.

There’s always been a distinct feel to your videos, and it seems like Boise is the main character in a way. Why do you feel there is such a tight connection with this place?
Thank you. I’m stoked to hear that. I can’t really explain what the tight connection is with Boise… We don’t have the greatest spots. We have all four of the seasons pretty heavily so you can’t exactly skate year-round. Our cops are bigger dickheads than most. But despite all that, everyone who visits here to hang out and film with us ends up either wanting to move here or actually moving here. I like Boise a lot… Maybe it’s just natural that it shows in my vids.

What’s the craziest thing that happened while filming for this one? And your best memory from this whole experience?
Lots of crazy stuff happened. Geoff filmed most of his tricks (which is A LOT… You’ll see) while suffering from a double-hernia. He could barely force his feeble, piece of shit body into my car to go blade but somehow he would bang out some real wild stuff. He ended up getting surgery and filming a few more clips with the mesh holding his guts in. Some of the guys broke bones, teeth and whatever else which sucks… We also had some scuffles with naysayers. I’d have to say my best memories from all this are getting up into some mountains to camp and blade the tiny towns nestled in there. Love that shit!

There’s also a distinct image you have created around your videos and the whole NDN crew, especially in terms of graphic designs. Who’s taking care of those?
Thanks man! Pumped on distinction. As far as the designs go, a couple people have done work for The NDN. My friend Kyler has done a lot of the stuff… Always great. I have doodled up a few things. The cover art for the new vid was done by another Idaho blader, Joe Taormina.

The NDN blog was also really active and quite entertaining to follow, with frequent video updates and such. However, it has been really quiet in the past year. Why is that, and can we hope for a reboot now that SRS2 is about to be released?
I am actually glad you mention that. I have a busy schedule and it was always so much easier to just post things on Instagram or Facebook to keep people updated on The NDN. I did enjoy having the blog though… Kinda’ want to get that goin’ again.

The video premieres on December 20th, and you announced that it will be available right after that. How do you plan on distributing the video, and where can people get their hands on it?
I plan on doing the whole Sellfy thing as well as DVDs and Blu-Rays. They will all be available on December 20th. There are some skateshops who have pre-ordered physical copies… Those shops and www.thendn.bigcartel.com will have ’em up for sale right away. I will be doing the distribution around the States. If you’re reading this and would like to do some distribution elsewhere… Hit me up!

Thank you for doing this with us Erik! Any last words of wisdom you would like to share with the world, people you would like to thank?
Shit… I would just advise everyone to try and remember how incredibly fun blading can be. Filming too. Thanks to Valo and GC for holding me down, my tribe, my family, my lady and thanks to ya’ll for another cool opportunity!