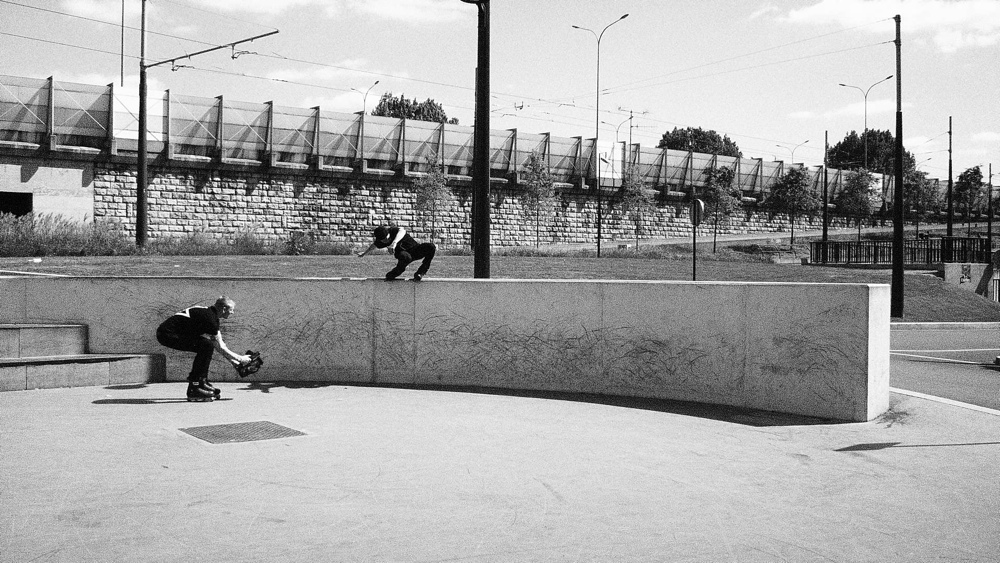 Checking in with Franck Trozzo from Nomadeshop

Nomadeshop from Paris is a long time Be-Mag supporter and doing good things for the French scene for years now. They recently worked on a new team and we took the chance to talk to team manager Franck Trozzo about what’s going on these days.

Be-Mag: Hello Franck, it’s been a while since the Nomades Tour 2012.
We haven’t heard much from the shop for the past two years. What’s been going on with you guys?
Franck Trozzo: Hello Be-Mag, since the Nomades tour in 2012, Yanik Clatot (ex team manager) and I have been working on the new Nomades shop team. We’ve spent a year and a half making contacts, going to events to find the skaters that can match the image we want to showcase.

What were the important points in that selection process?
Officially the team was composed of Warren Digne (Rollerblade) and Mathias Silhan (Razors) from the start but we wanted some continuity with the new skaters (headliners and new comers).
The personality, the charisma and of course the skating itself were really important factors for us.

About new comers, we noticed a complete unknown in your team, Antoine Riel can you tell us a bit about him? Where is he from and how did you guys meet?
The team was complete and we had all our names set but one evening, I decide to go skating to relax after a long day at work.
Then I saw him skating and watched him lace a UFO. It was so natural and stylish, that from the first moment we met I had to put him on the team.
Antoine is from Nice (in the south of France) and he has been skating for about 6 years now.

Who rounds out the roster for the Nomades team in 2014?
We are going to focus on the amateur team more this year. Fred Bukowski, who skates for SEBA, is a boy that we have support from the beginning with parimultiglisse (a local skate association). This kid is getting better and better and he’ll have more charisma as he matures. Allan Beaulieu (USD) and Clément Boucau (VALO) are pillars of street skating in France to me.
We also included a support team with Patrick Fransisco, Adrien Goujon and Nicolas Gadouas we while push them a little bit and see how they evolve.

Sounds like a good bunch of bladers. Some of them came to Paris to film this video. Have you planned other videos or events of the same kind for later this summer?
I can’t reveal what is going to happen next…. but with Warren helping manage the team, we expect a lot for this year 2014.

We look forward to this. Thank you for giving us a bit of your time Franck, do you have any last words or shout outs?
Yes I would like to thank Olivier Husson for believing in us and leaving us free to plan everything as we want to, the team for being reactive has effective, Cavin Le Macon for that great edit and Jean Christophe Baller for these beautiful pictures. Thanks Be-mag for supporting us. See you soon and keep it real!