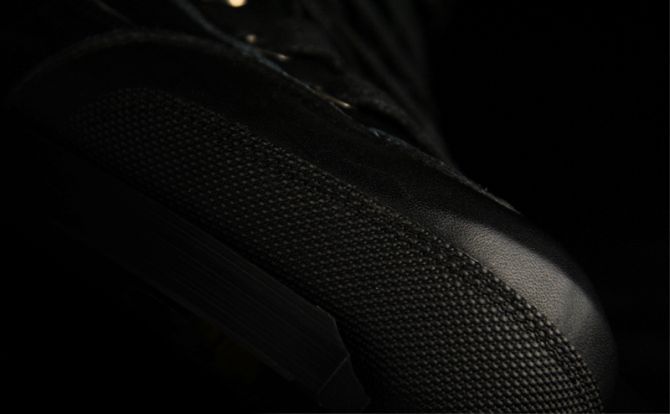 Checking in with Adapt Brand

Never heard of Adapt? We’re sorry to inform you that you’ve been living under a rock. Check out the Company Profile on Adpat on Be-Mag here.

Pieter, it’s been some time since we last spoke. Can you give us a little update on how things evolved after we’ve published the Company Profile on Adapt? Did everything go according to plan?

It has been a while now that you mention it. After the Company Profile things got really busy for us. We got a lot of people asking about the project. It was very difficult to focus on both making the skate and answering all the people’s questions. But I think it worked out great in the end. We got a final product and we could not be more happy about how it turned out.

How has the response been from the scene?

I think people want to see more. We got a lot of responses from the people we care about and also a lot of people that wanted to help out. So for us it was a good response.

You are said to premier the boot at Winterclash 2012. What can we expect?

People will get not only one premier. But they will get two new skating brands – that’s what you can expect. We have Adapt coming with the boots and a new brand that will be introduced at the Winterclash. Both are run by both me and Olga Bouwhuis. As far as the skate goes, we got a complete set-up ready and some cool collaborations between different brands. So people should be excited!

You mentioned in the Company Profile that Adapt would be making boots, souls and frames. What was the reason to move away from this plan?

At first, we wanted to make everything under the name Adapt. But when you think about it, every boot company that tries to make quality frames just ends up having another stock frame. Even if the frame is very good, like in the case of Valo and Rollerblade, they still end up in the junk bin for a cheap price. So, we decided to make a different company that would only produce hardware. Only high end hardware that is CNC crafted in the Netherlands. Our first product will be the soul plate. We got something special for this one. We also needed a different brand name so that people would buy the hardware and put it on their own skates if they are not into the boot project.

Any changes regarding the team we need to talk about?

We added a new rider. I think it is safe to say that Adapt will have three generations of skaters in one team. We are very proud to announce that Ben Harmanus is our third team rider! We wanted to feel a connection with every rider on the team. So we visited Ben in Germany and talked about the project. It was clear that we had the same ideas and were on the same level. I think people will be amazed when they see new footage of Ben.

Now the least important questions of them all: when can we expect to order a pair of Adapt Ones? How can one acquire the skate and how much will it be?

After showing the skate at Winterclash, we will put the complete skate on our website for everyone to check out. It will then be possible to contact us and pre-order a pair. After two to three weeks the complete website will be online and you can buy the skates on our website. The first run of Adapt Ones will be limited to 100 pairs and specially made for you. The boot as a complete with brand new Chimera wheels, ABEC 9 Precision bearings, CNC machined soul plates and Create Originals frames will be around the 399 € mark. As far as the boot goes, that should be around 300-350 € depending if you want the soul plates on them. For the price you get a handcrafted, super lightweight skate that skates like no other.