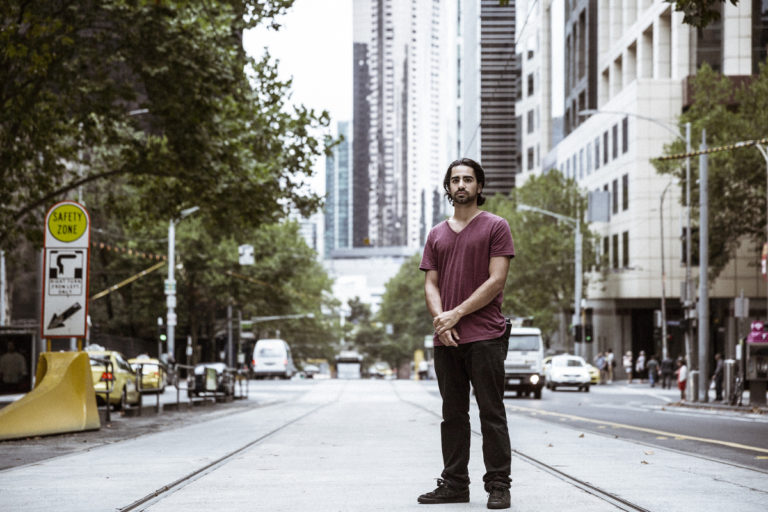 Checking in with Austin Paz

Austin Paz has had a hand in some of the heaviest hitting blade flicks of the past decade, on both ends of the video camera. After the PZA got an introduction section in IBI Unique’s praised Freestyle Rolling, he helped film the brand’s next team video, and then went on to produce two full-length movies along with the Kelso brothers: the Truth series. Not to forget his own sections in said videos, along with his regular appearances in the Valo team videos and countless internet gigs…

However, it wasn’t until The Booted released the video of the “Lost Dingos Tour” earlier this year that we got to see Austin in action again. Watching him shred the streets of Dubai and Australia recklessly with the immaculate style he’s always been known for, it suddenly struck us how long we had been missing Austin’s blading. And realized we had taken his undeniable talent for blading for granted. Needless to say, we immediately caught up with the man to understand what happened there.

From the slums of Shaolin, Austin Paz strikes again!

Where are you these days and what have you been up to recently?
I’m in Staten Island, NY, and lately I’ve been trying to skate as much as possible. In 2014 I worked almost every day and had a couple of free days all year so I didn’t get to skate much. But now I quit my old job to focus on my wedding cinema company, and I have a lot more free time now that I want to fill up with traveling and skating again like I used to.

We’ve seen a few recent posts online from the TRUTH archives. How did that start up? You told me the hard drive crashed, any luck with the recovery of the other old clips?
I found a hard drive that had a lot of old footage on it, including all my footage from the Truth 1 and 2.  It was enjoyable for me to watch the raw clips, it’s a different feel when you see something in an edit as opposed to the raw footage. So I also figured other people would enjoy it as well. My original plan was to make a big compilation of double angles that weren’t used along with raw footage and some unseen clips, but instead I came up with Truth Archive Tuesdays on Instagram and it seems to have been a hit! If you haven’t already seen them, check out #thetrutharchives. However, my hard drive did finally crash a few months ago so unless I can somehow find a person who can recover some files, it’s all lost for good now. I haven’t looked into it yet though.

Who’s in the crew that you skate with these days?
Usually in NYC I skate with Justin Brasco, Joey Scannella, James Perez and Mike Torres now, since he moved to town a few months ago. Fish is in LA now and Franco is in Hawaii, so I rarely get to skate or see those dudes anymore unfortunately, which was who I used to always skate with. Our crew now is cool and we’re all spread out around the city so we try to go back and forth and skate each other’s boroughs as much as possible.

What’s life been like as a “retired” blade pro? What do you think are some of the advantages of being a free agent of sorts?
Haha, “retired”. Over the years, I’ve always been the filmer in the crew, and after the Truth days, I didn’t want people to rely on me carrying around a camera and being the one filming all the time. It’s a bitch to skate around the city with a camera bag for 10 years, and I’m always sacrificing my skating to film or shoot photos of everyone else. So after that, I left my camera at home for a couple of years and skated for fun. I guess that’s when I fell out of the spotlight, but I miss that shit way too much. I’m definitely trying to film something in 2015, not exactly sure yet about the scale of the project, but I’m trying to do something. I still have a few companies that support me which I’m grateful for.

Looking back, you’ve put together so many memorable video parts. Which one do you think is the best representation of the kind of skating that you want bladers around the world to remember you for?
I’m not really fully happy with any video part I ever put out. I guess maybe one of the Create Originals sections, I like the one I put out with me playing the drums just because it’s a more personal video, and it was always something I wanted to incorporate together with skating. My proudest thing I’ve done in skating so far was probably my self actuations article for skate life.tv last year. Being the photographer in the group I skate with, I was always curious about somehow taking my own skate photos. Shawn Engler helped me make it a reality and I’m extremely proud of the way the shots and the whole article came out. Also since no one else has done that yet in blading. But aside from that, the section I want people to remember me by doesn’t exist yet.

After many years of skating pro and touring, what are you doing in New York for a real life job?
Last year I spent way too much time working and I regret not being wise enough to do something about it earlier. In january of this year I quit my job at the tire shop at Costco and went to Dubai and Australia for the “Lost Dingos Tour”. I sort of used that as a stimulant to how I planned on changing my life around. I value time, experience and passions too much, so when I got back from Australia I decided to commit myself to my wedding cinema company I started last year with a friend of mine. This gives me more time to focus on something I love doing, and it also allows me much more free time to travel, skate, spend time with friends and overall live a much happier life. So far it’s been great, one of the best decisions of my life by far.

What can the blade world look forward to in 2015 with Austin Paz?
This is what I’m looking forward to the most, ha. I can’t wait to get back on skates in front of and behind the camera again in 2015. It’s weird, the past few years when I wasn’t really taking skating too seriously was when I was shown the most love. More people complimented my skating and more kids than ever sent me messages saying how they appreciated me and my work. Like I said, I want to do a video of some sorts and do some traveling for skating as well. I’m really excited for the rest of 2015, there will be a lot of changes for me inside and outside of the skate world.

Shoutouts?
Thanks to the companies that still supported me over the years, Aggressive Mall, Valo, and Create Originals. Also, thank you Kevin, for wanting to do this article.