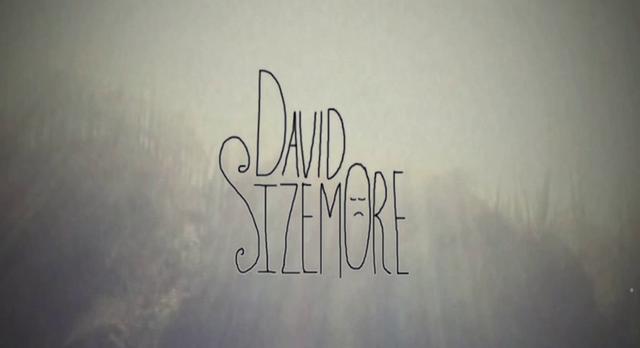 Checking in with David Sizemore

David Sizemore has been “good” for some time now, but as you know being good doesn’t always make you accepted amongst your peers. I don’t think anyone can say just what “it” is that makes you accepted in our culture. Tightness of pants, choice of slang, style of hair, who you hang out with, what your elbow is doing when you land. Styles have changed so drastically since my days as a “youth”, I don’t really know what’s acceptable these days.

Checking in with David Sizemore: Sizemore Scraps from Be-Mag on Vimeo.

In the pictures and video you are about to see, David has a helmet on which has seemingly kept him from joining the ranks of those who are “good” such as Broskow, Farmer, Stockwell and the like. Although his days of wearing bright orange pants and doing back flips to trip everyone out are over. I think the helmet has always kept him from being acknowledged as one of those who are “good.”

From the response of internet commenters and those who witnessed David skate at the NYC Invitational, it seems that this is all starting to change. All of a sudden David is beginning to be recognized for his Jedi like ability to physically do anything he puts his mind to on Rollerblades, hence the name I gave him some years ago “Young Luke Skywalker”.

When you look at these pictures and video, remember that we are all constantly changing and growing into what we want to become. For some it’s easy and for others there are trials and tribulations not only externally but internally as well. So long as we persist in our talents though, we will get to where we want to be. And even more exciting: end up somewhere we never imagined.

You recently took 3rd at the NYC Invite and having been touring with Rollerblade, what are you currently up to now?
I’ve been busy scanning in negatives from the summer.

I know you just finished up filming at school, what’s the next step for you?
I work in Atlanta as a freelancer at the major news station. Ultimately, I want to direct myself towards lighting for film, but right now I’ve been having a good time in news.

Have you been filming for any new sections?
Probably just another online shmeal.

I’ve been told you have a strong interest in music as well. Do you write music solo or do you collaborate with others?
Most of the time, some friends and I hang out and jam on some Dead or Allman Bros. Sometimes we’ll go on a blues tangent after a couple beers and add some vocals in, but for the most part I don’t write anything.

What are your top three songs at the moment?
Ramble On Rose by The Grateful Dead
Better Days by Graham Nash
Leopard Skin Pill Box Hat by Bob Dylan

If you have to pick one skater to represent our sport in a popular TV show, who would it be? Why would you take him?
I don’t want blading in a popular TV show, especially because I work in TV and I see how it works most of the time for attracting viewers. Blading is raw, TV is poppy. Television would make blading look like something it’s not.

Do you do anything else besides skating to keep yourself in good shape?
I’m an active person, so I can’t just stay inside all day. I live in north GA right now and there are a lot of trails and rivers to explore.

When was the last time you really got in trouble? And how did you solve this problem?
A while back, Nemo was in Georgia filming with Cody Porche and myself. While we were looking for spots, we saw a sign for a garage sale and decided to check it out. We pulled up at this sketchy house and noticed a one eyed black cat. Nemo and I tried to get the photo while Cody went to the front door. Next thing we know, Cody is saying, “Guys, I think we should leave…” We look over and see he has a gun pointed at his face, so we get in my car and leave. Cody and Nemo start talking about calling 911 since there are signs leading people to that house. I don’t trust police often, so I’m trying to talk them out of it, but we end up having the authorities meet us around the corner. We tell them the whole story, they go investigate and come back. When the return, they immediately have a different tone. They said we didn’t tell them the whole story and that we were going to rob the place. Apparently, they had video/audio surveillance. Haha, bullshit! So anyway, supposedly the guy had the right to point a gun at us because of it. Cody started arguing with the cop and he threatened to put him in cuffs. Nemo and I pulled him back and we get in our car and left.

Any other relevant memories you want to share?
Hours of Goldeneye with Cody at our old rickety house. License to kill, pistols, stacks, haha!