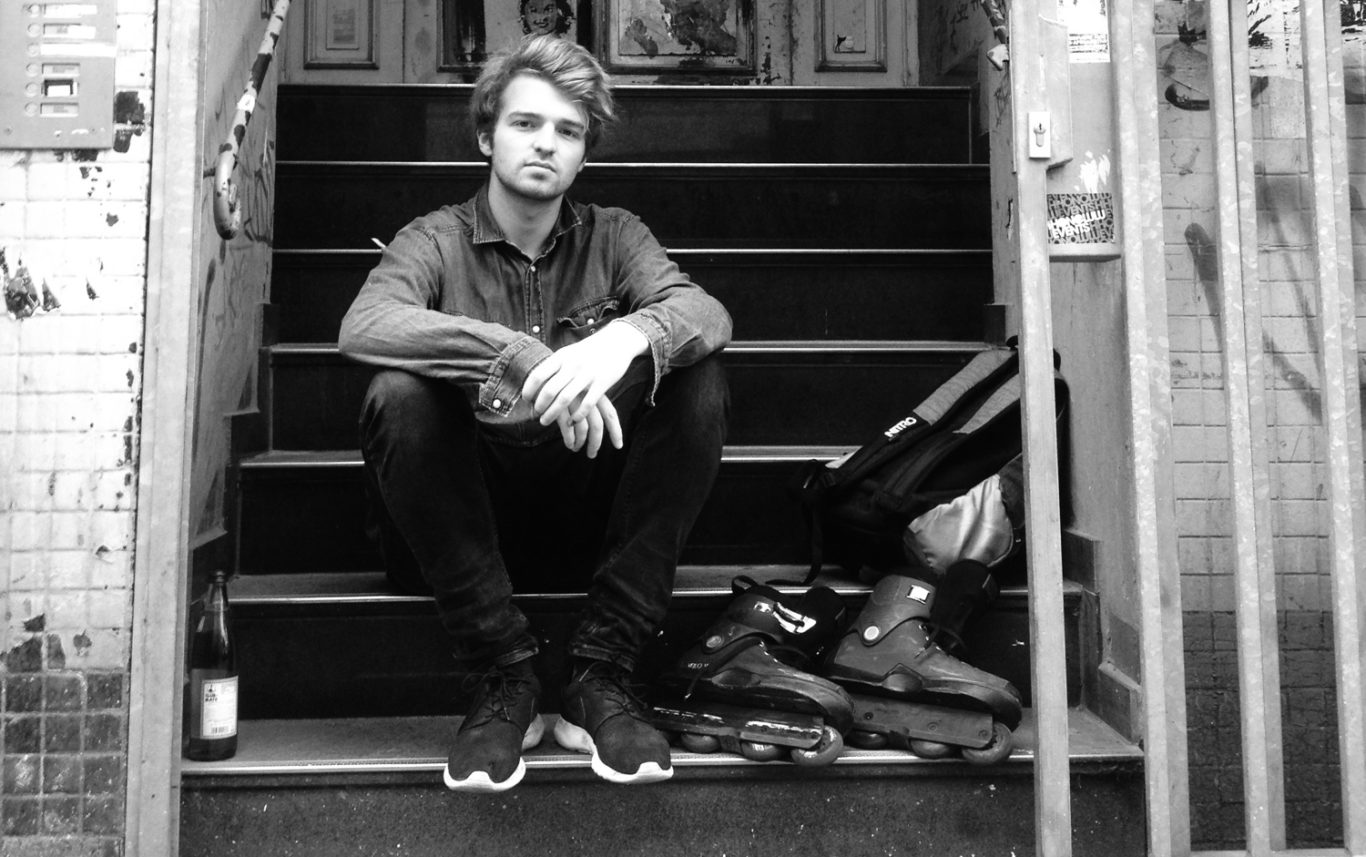 Checking in with Karsten Boysen

Karsten Boysen has generated around half a million views with his videos on Vimeo and Youtube. That number speaks louder than anything but still some people dont know who the modest man from Hamburg is and how he is involved in blading. Well, not only did he manage to capture some of the most memorable street sessions Europe has ever seen and can make blading events look even more awesome than they are, he is also someone who loves and lives blading with everything he has, and that you can see in all of his videos. Every single edit has that special mood and transports the atmosphere of that session or that event. He makes blading look awesome and he is without a doubt one of the most talented videomakers of our generation.

Recently Karsten finished the new Nitro Snowboards team video and we wanted to hear what else he has been up to and what the differences are between filming in the mountains or on the streets.

Karsten, for the last few people who don’t know already, who are you and why the hell are you holding a video camera most of the time ?
Hey Freddy! I’m a 24year old guy from Hamburg and I guess I just really like to film stuff that is interesting to me and fortunately to other people too.

What education did you receive? Did you specifically study film making ? Where, how long etc. ?
I just received a Bachelor of Arts a month ago actually. Studied film with a camera specification for two years at “Die Medienakademie” in Hamburg. Been freelancing for three years now and just pushed the final bachelor thingy until now, so I’m glad that it’s all done now.

What are your influences, both in blading and video? Any major inspiration or role models maybe ?
Hmm I don’t know where to start,Inspiration is everywhere as corny as that sounds.
For example music, it could be that I hear a song and immediately have images in my head to it.
Of course there are filmmakers I look up to, Guy Ritchie for example. His style of suprising storytelling and editing in movies like “Snatch” is amazing.
I’m quite the internet video nerd, so I see interesting stuff, like documentaries or artsy music videos on a daily basis that probably influences me in some way.
Blading wise I generally like videos that make me motivated to go out and skate, which leads to me wanting to film later in the session, because my friends are better than me.

Aside from blading, you’ve been heavily involved in another project lately. What is it like to be in charge of filming a full snowboard video, and what are exactly your responsabilities?
Yea that’s true,this year I got to film the most part of Nitro Snowboards new team movie called “The Bad Seeds”, which led us to a bunch of crazy places all over the world.
Also this time I got to edit the most part of it.

How is it different than filming a blade flick/edit?
It can be freezing cold, which is the most obvious difference I guess. The biggest difference for me though is the preperation of the spots. In blading you can show up to the spot and the only thing you need to do is wax it usually. With snowboarding in the streets you always need, depending on the snow situation, atleast an hour to set up a spot. That means shoveling and figuring out how to get speed for the obstacle. Usually the spot doesn’t have a perfect hill as a run up, so you either bring a drop in tower, build one with snow or use a bungee.
The spots are sometimes quite similar actually. Sometimes, for example in Minnesota last year, I recognised quite a few spots from blade videos (FARMER).
The bust factor is equally high, the only difference is that it sucks a lot more to get kicked out if you have just shoveld for an hour and didn’t even get to shoot at all.
Backcountry snowboarding is a whole different game again though. There it’s a lot of hiking and shoveling kickers. Sometimes you only prepare a kicker for one day and show up the next day to shoot it, but it’s all worth it because it’s always so nice to be in the mountains.

And in general, what do you see being the main differences, but also the similarities between rollerblading and snowboarding ? Anything we shall learn from them?
Well the size of the industry is of course the biggest difference. The payments of the riders, travel budget, corporate sponsors etc..It’s all a lot more and yet they all still complain, so that might be a similarity haha.
I think contest wise blading has way cooler stuff though. Because at contests like the Clash’s everybody shows up. Be it the contest kid, the videopart icon or your homies. In snowboarding it’s more split up. There is a contest scene and a videopart scene and there aren’t many events where they gather.

When will the video be out, and when will you officially be done with that project?
We just got done with it last week. There will be a premiere tour starting next week with screenings all over the world. The video itself will be out online sometime around October/November.

All in all, how many days have you spent home in the past 6 months?
Ha, I don’t know. Well before the last two months I spent editing it was usually like 0-7 days a month during the production.

And if I may ask that question, as a successful filmer and editor, why do you even waste time on blading still ? Why take the time and effort to film and edit blading pieces, when you could use that time and effort elsewhere and actually benefit from it?
Because doing soul grinds is awesome and showing that in form of moving pictures too! I love this shit, that’s why. Also, it’s actually quite interesting to shoot. For example spot wise..We have such a big diversity of spots that we can hit. From huge rails to interesting architecture of a big city. Filming followcam must be the best sport to do so.

And as a conclusion, the most important question of them all: when will the Roskilde 2014 edit be ready!?
Well..Soon.

Shout outs?
Thank you guys for doing such a great job on this site again!