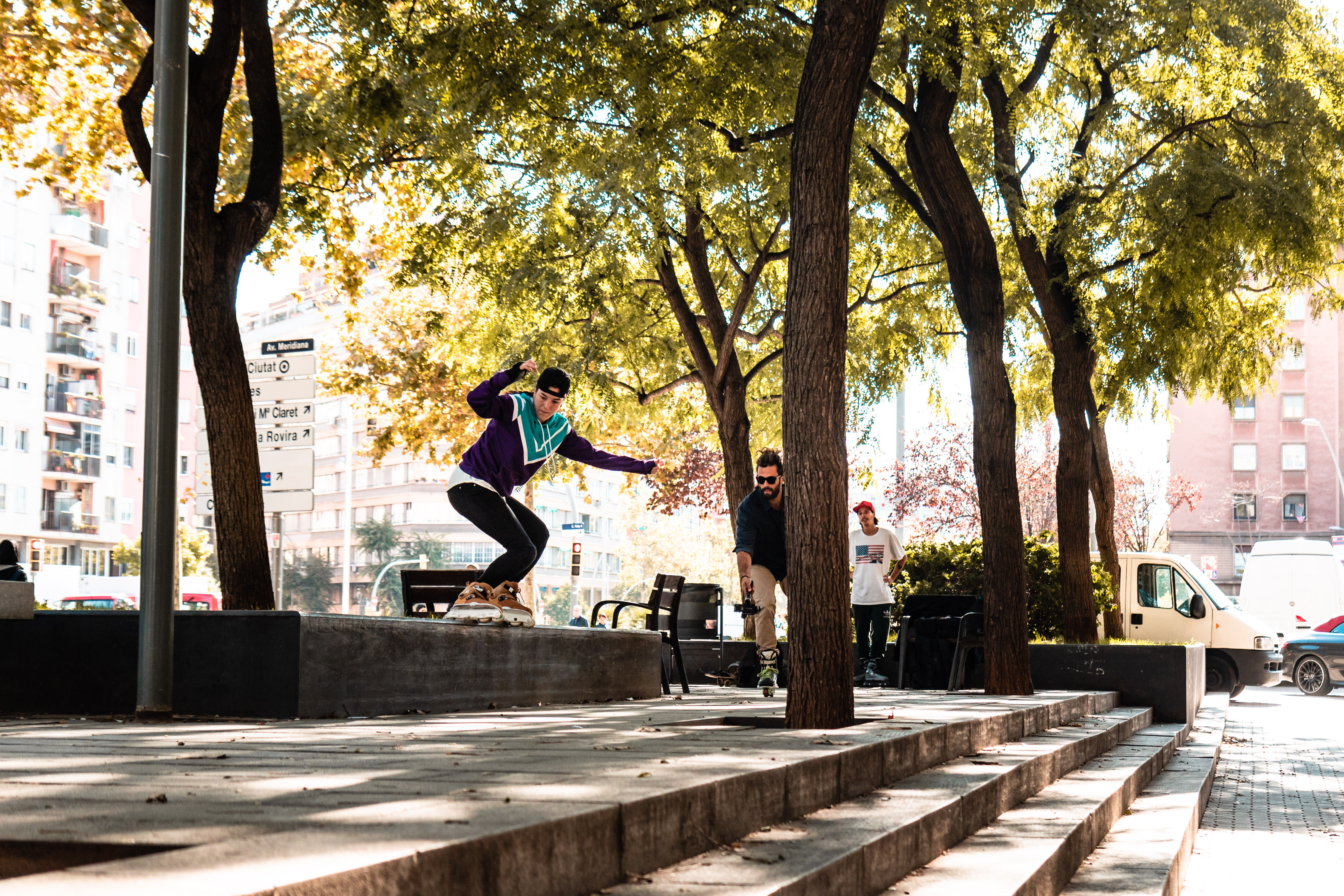 CHECKING IN WITH MERY MUNOZ

When looking at the current state of inline skating you can make the assessment that there is an overall lack of professionalism from some of its participants. There are a few exceptions to this view and one of them is the incredibly talented Ms. Mery Munoz. Mery embodies what it means to be a professional by the way that she represents herself and her sponsors to the general public. She is a Rollsport Academy and Blading Camp skate instructor that understands the responsibilities and importance of being a positive role model that teaches the fundamentals of inline skating to developing skaters. She also holds herself to a high standard of presenting herself and her skating in the best possible light to her fans and also the companies that she represents. Being a female in a predominantly male dominated sport has its fair share of adversities but Mery is proving time and time again that she is as formidable on eight wheels as any of her counterparts of the opposite gender. We had the opportunity to speak with Mery about her early skating roots, how our industry can better represent women and what projects she is currently working on. We are proud to present to you the incredibly talented, Mery Munoz.

Thank you Mery for taking the time to speak with us. So let’s start from the beginning. You grew up in the beautiful city of Bilbao, Spain and started skating at a very young age. What prompted you to start skating? Did any of your friends or family push you into it?

First of all watching on TV the classic movie Brink is what made me want to skate, because it was the first time I saw grinding and jumping on inline skates ever. I fell in love with the sport when I met all the blade community in Bilbao, my friends (Bilborollers, we used to be called) from whom I learned everything about roller freestyle tricks and the local pros already showing really high level of skating (Borja Fernandez and Jose Felix Hormaetxea). Since then I couldn’t stop no matter where I was.
I’m lucky to say my parents were always supportive in all kind of sports ( tennis, swimming, football, athletics, karate) but what I really enjoyed most was inline skating for its freedom in all the aspects of it.

Were there many female skaters in your area that influenced you or was it primarily male skaters around you?

For most of the time I use to be the only one, maybe 1 or 2 more around. But meeting Crissy Bonilla and Sara Vilella from Barcelona really motivated me more. Suddenly in Bilbao it started to grow the Bladies scene. Nowadays I’m happy to say every time I skate in a skatepark I look around and we are starting to see more and more female skaters, at least in Barcelona. But yes, we had 6 in my group of friends and I was the only girl skating when I started.

The amount of female participation for inline and quad skating has really grown within the last few years. What do you think has been the cause of the boom in female skating?

I guess the amount of new awesome female riders in all the categories (skate, BMX, inline, quads, etc.) A lot of new incredible skaters inspiring the world, coming together for contests and events making the sport evolve together. The more visibility we have; the more little girls will join us.

As one of the most recognizable women within our sport, what do you feel our industry can do to better promote female skaters as a whole?

You have been riding for USD/ Powerslide and Kaltik for quite some time & you have released a good amount of content to promote them. Has there been any conversations of possible signature products for you? (If not there really should be!)

Let’s say there’s high possibilities of a signature product very soon…
Also I will be working on the promotion of a special USD boot and if it goes well there’s positive waves coming for the future.

You have been in an important role as an inline skating instructor for awhile now. What advice would you give to our readers that want to teach the next generation and become an instructor themselves?

I was very lucky I could start teaching more than 8 years ago in a school and learned the most important things to teach the basics of inline skating at a young age. Always keeping them having fun and mostly giving them motivation when they fall over and over. We teach psychology to overcome a challenge.

To become an instructor you can get experience in schools or just at your local park showing other kids what you usually do, not only tricks and theory, but how a skatepark works. If you want to you can get a formation as a instructor in clubs or programs in your respective country. I did that with one, learned a way of teaching every little step to be able to roll (theory and practice ), together with my perspective it helped me find a structure to develop my particular group of classes.

What does 2020 have in store for you? Do you have any projects you are working on? Also are there any skate camps or contests that you will be attending?

I would love to attend the Pow Wow Contest in Florida, they are doing it again after some years break. Would love to repeat the FISE World Cup again ( Japan – France – China ), Winterclash, GGFest. We are doing Bladies Blading Camp again in Málaga for the fourth year. Hopefully my Rollsport Blade Camp in Barcelona too. We talked about filming a VOD street section with Xavi Eguino also. Maybe try to travel to South America for a little tour. A lot of plans, open agenda for all of them. Lets see!

Thank you so much for taking the time out to answer some questions for us. Do you have anyone that you would like to thank for supporting you and your skating?

I would like to thank my parents for supporting me since day 1 in all the aspects of my life. To my girlfriend Anyela for being awesome and helping as an emotional coach.
To my sponsors Powerslide (USD & Ennui) for trusting in me especially this year, helping me achieve one of my dreams of becoming professional.
To Kaltik for the support all these years. To everyone involved in the Spanish Federation making the World Cup possible (Alexis E, Alexandra A, Borja F, Xavi M). Thanks to the Watermelon Crew for always keeping me motivated and happy while skating together. They really help me a lot with filming and with everything to do with the Rollsport Academy. Thanks to everyone that helped me get where I am now. Always grateful.

And finally, to Be-mag for the opportunity of this interview. Its good to see inline skating so alive.

Be sure to follow Mery Munoz on her social media accounts.