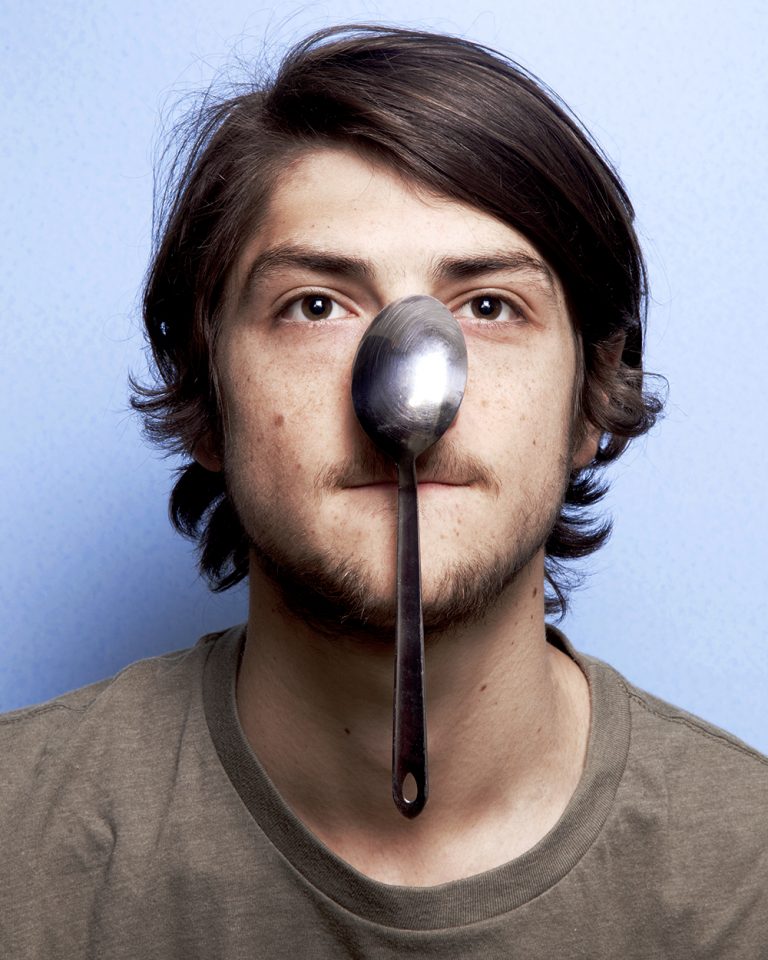 CHECKING IN WITH NICK FATATO

The New York blading scene always has new kids on the come up. The cities’ frenetic style of living leaves little to the imagination, however some find their creative and personal outlet in rollerblading, which gives them a chance to figure themselves out. And such is young Nick Fatato, that our NY photog Ryan Loewy caught up with for a brief chat about blading and the like. 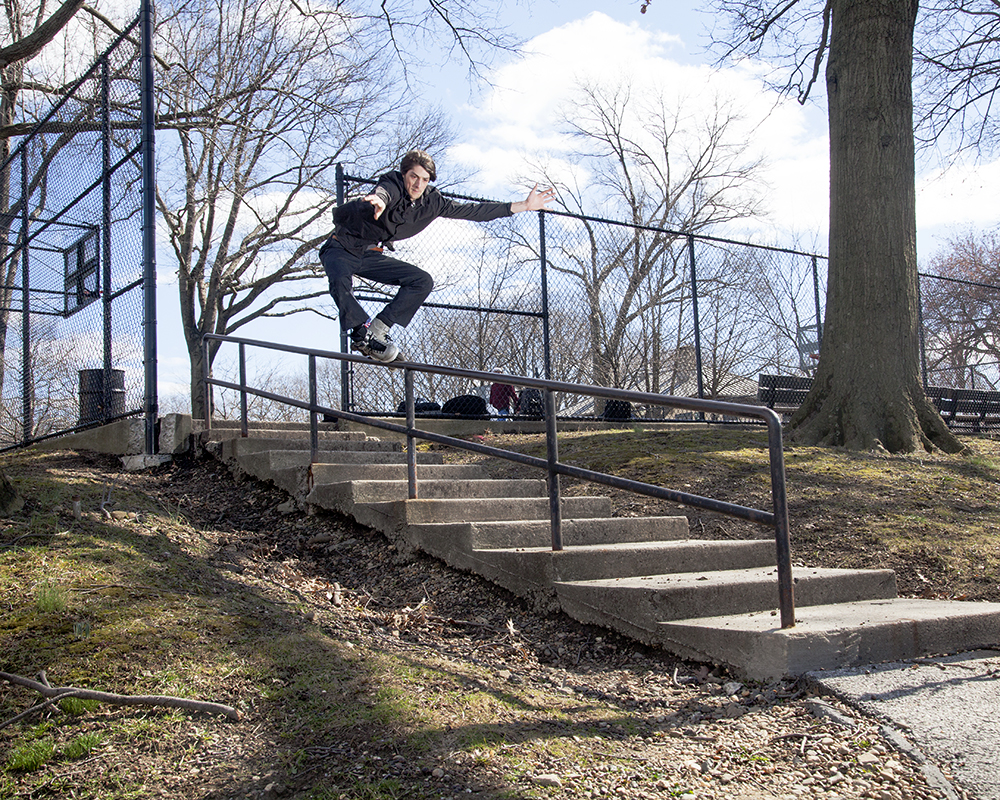 You originally began as a skateboarder. How did you transition to rollerblading? Where did that influence come from?
Growing up on Long Island in New York, I always used to carry around a skate board and my blades. No matter what, I was just always skating; be it skateboarding or blading, I’ve always had a desire to catch air in some sort of way.
Having Tri State Skate at the time was a major influence for me to pursue rollerblading too, mainly because I got to see the community and the cool ass dudes that went along with it.
Skateboarding was and always will be awesome to me and was a huge part of my life, however I felt way less restricted on my rollerblades, and because of that, I’ve never looked back. 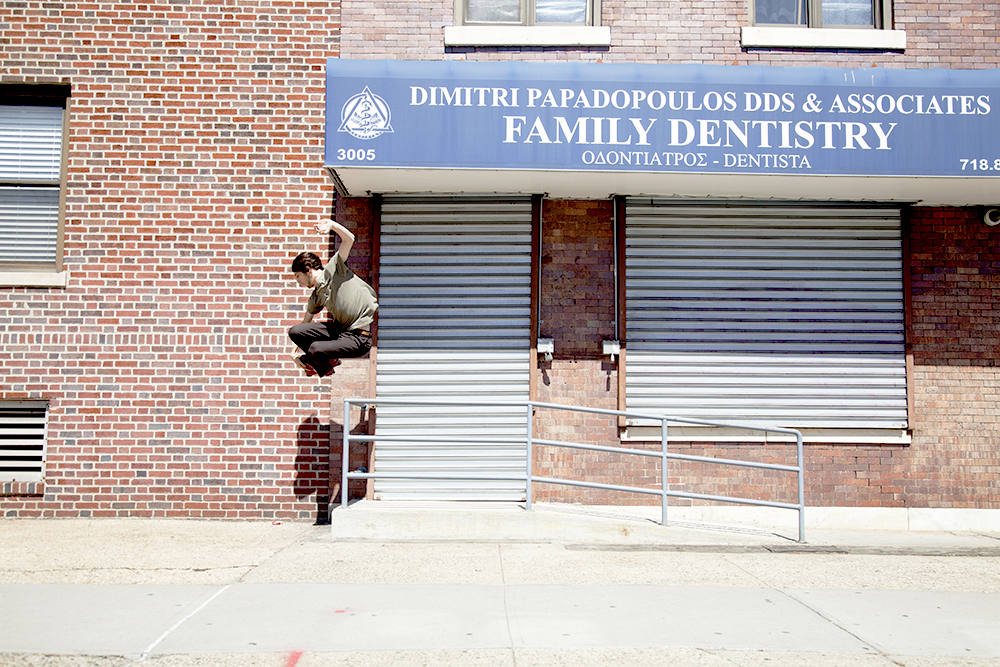 You mentioned that you skated a lot with the Kobryn brothers, how do you feel that impacted your development?
I first met The Kobryn brothers at Tri State Skate and they were killing it in every way. I always looked up to Taylor and Jimmy because of how how much they loved to skate and didn’t give a frig about anything else.
Having 2 kids my age near me to skate with was incredibly beneficial for me. A 40 minute drive from each other made it easy to get out and film whenever we really wanted to. There was never a dull moment with the Kobryns; their motivation really helped with my progression.
Taylor and Jimmy recently both moved out of NJ, but I’m positive we will be making edits in the future together. I really want to thank Jim and Tay for always having a positive influence on myself and rollerblading in general. 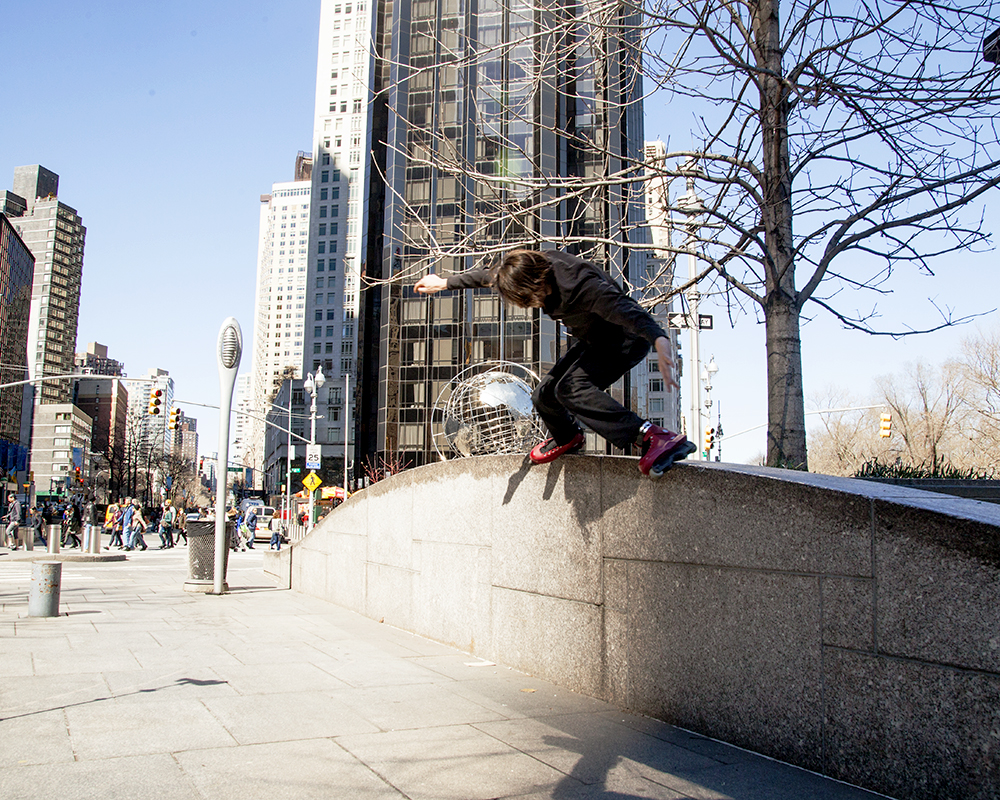 What is more important for you, style or technicality?
Style is definitely more important to me, but that doesn’t mean I do not respect the technical aspects. Really, my favorite thing to do on blades is go big and make it look good. Gabriel Hayden is a great example of someone having a great style and while still lacing big shit. 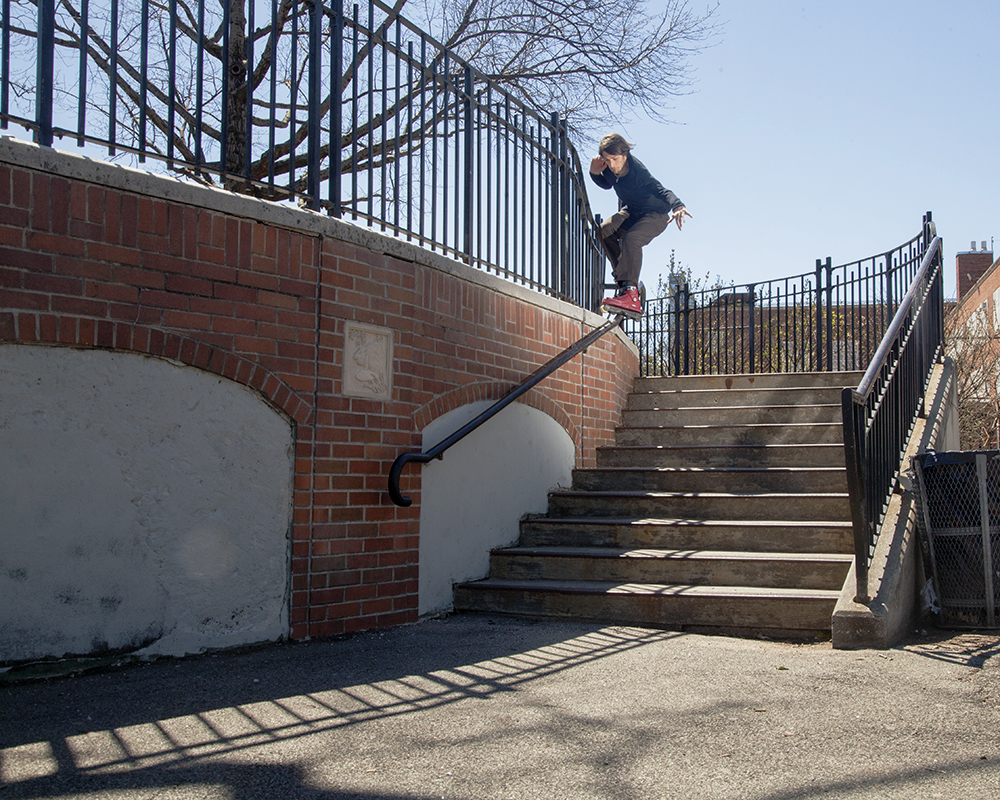 Where do you find inspiration for your skating?
My main influences in skating are all the positive skaters that love skating and filming just as much as I do. The whole Valo crew is what I always love to watch and look up to. All the Haitian magazine content was and still is a big influence in skating for me. I always thought everything they did was rad as hell! A big thing that influences me with skating is the positiveness that comes along with it in every aspect.
With that in mind, every NYC event was a HUGE influence for my skating; being able to meet skaters from all over the world people who I never thought I would have the chance to skate with is a huge benefactor. Billy O’Neill’s NYC Street Invites that were hosted under the bridge were some of the best moments of my life. I really also admire the efforts of the guys behind Bacemint, they’ve been really inspiring me a lot lately as well. 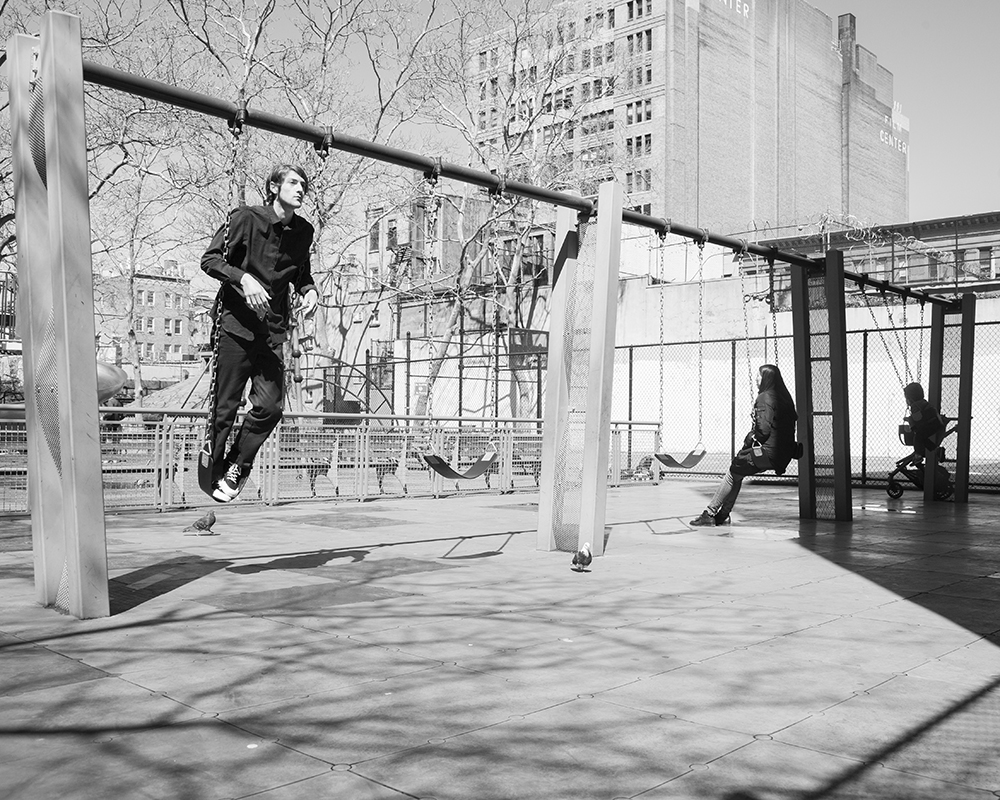 What are some necessary things for you for a productive session?
One absolutely necessary thing for me for a solid session is to have other skaters there that I can build energy with, and a camera to document the moments. 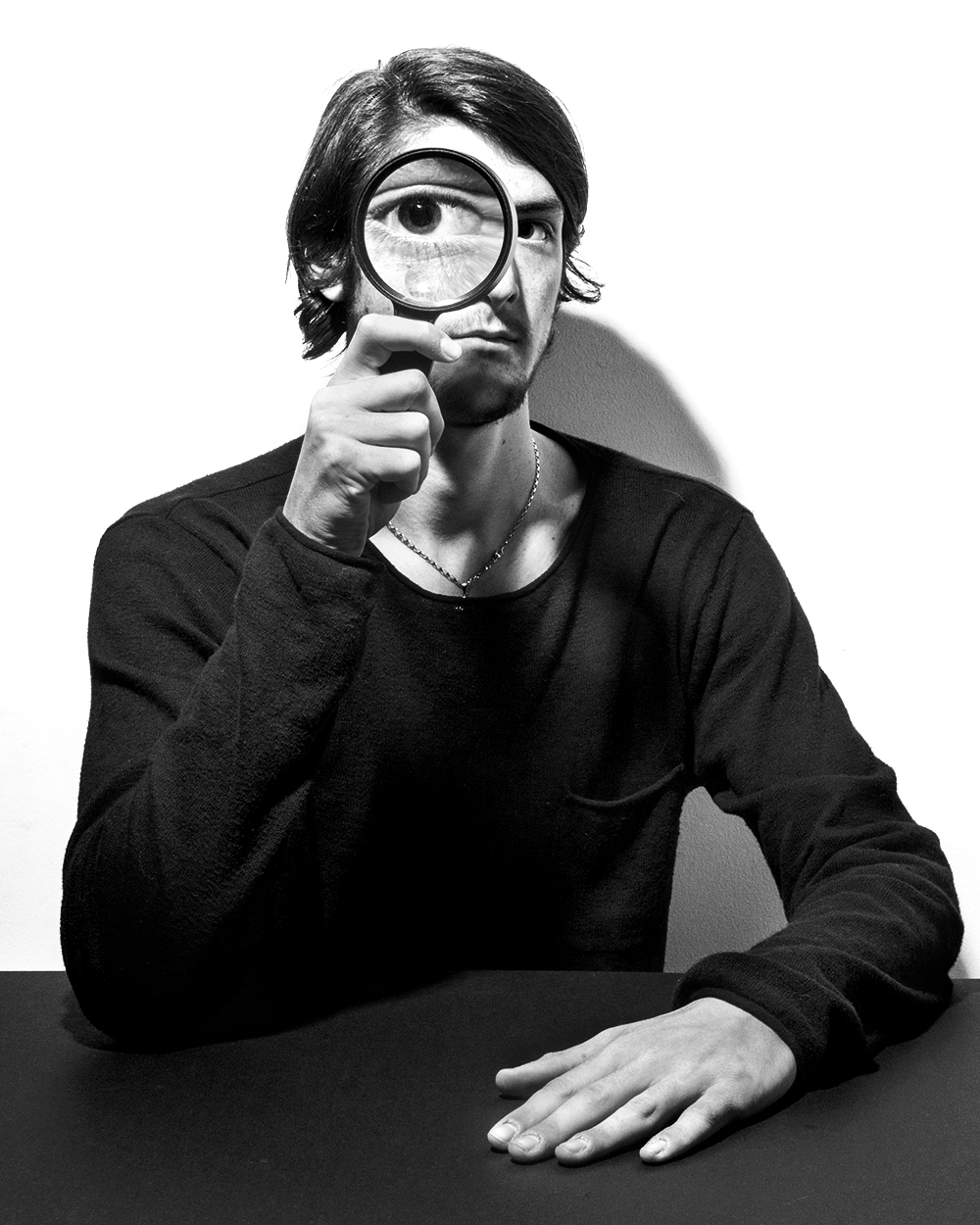 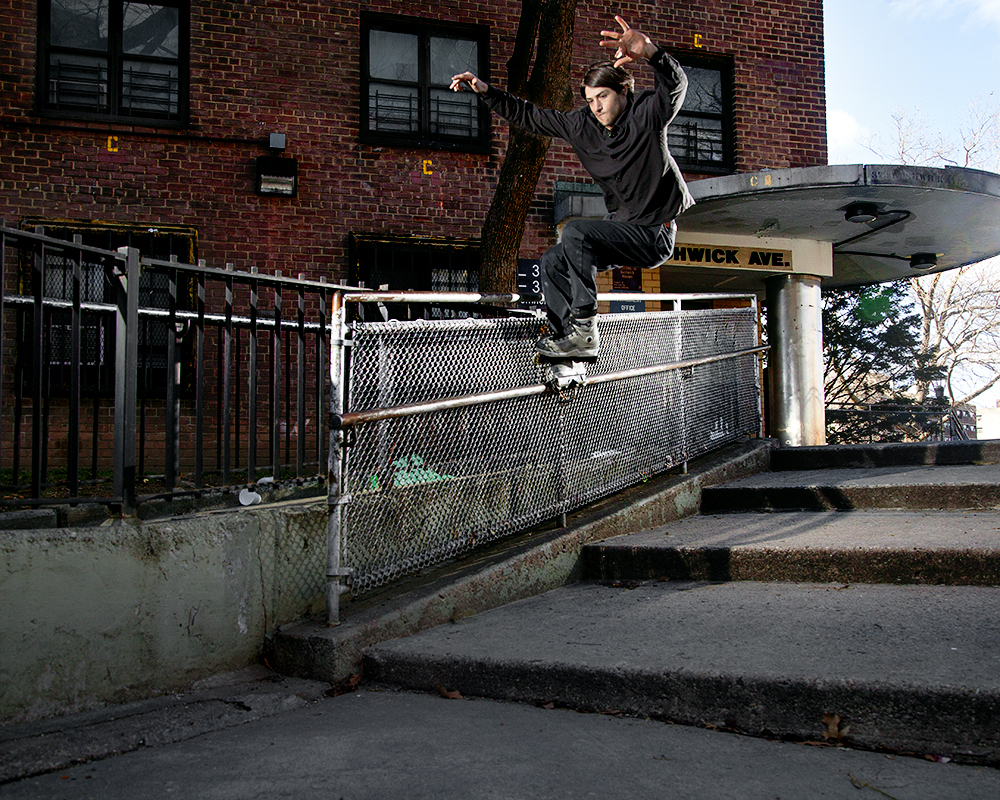 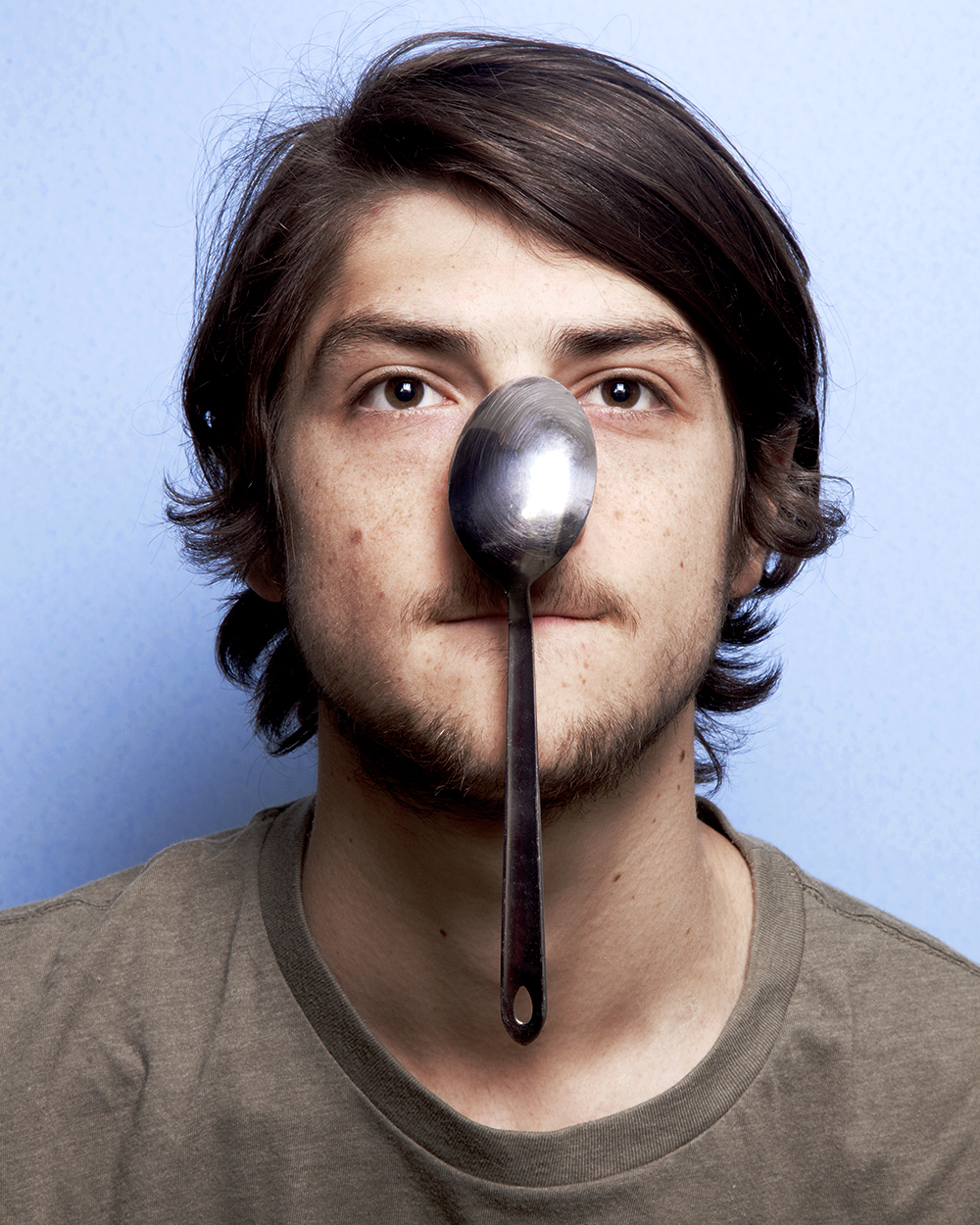 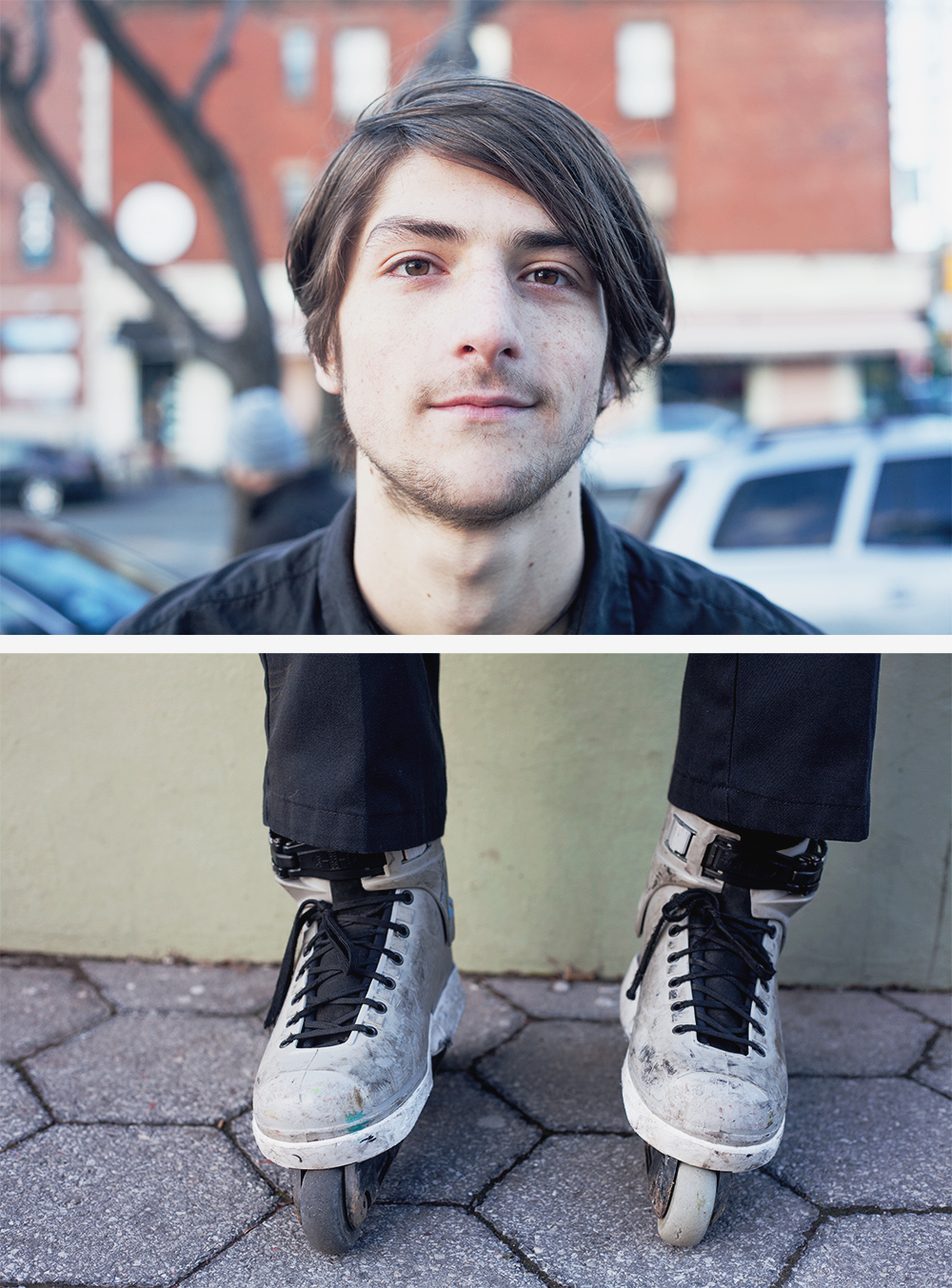 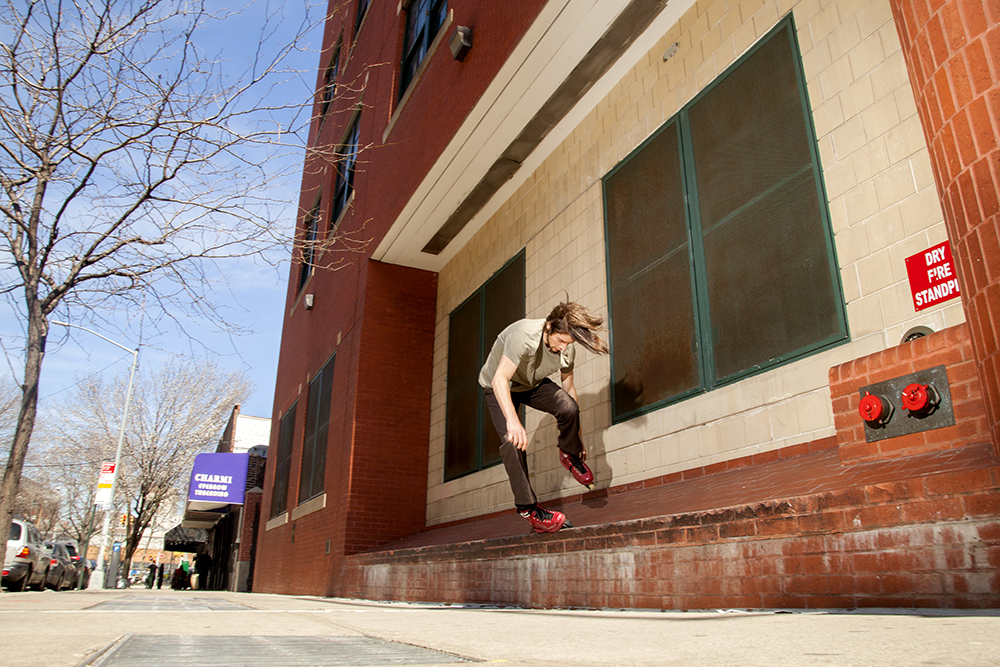 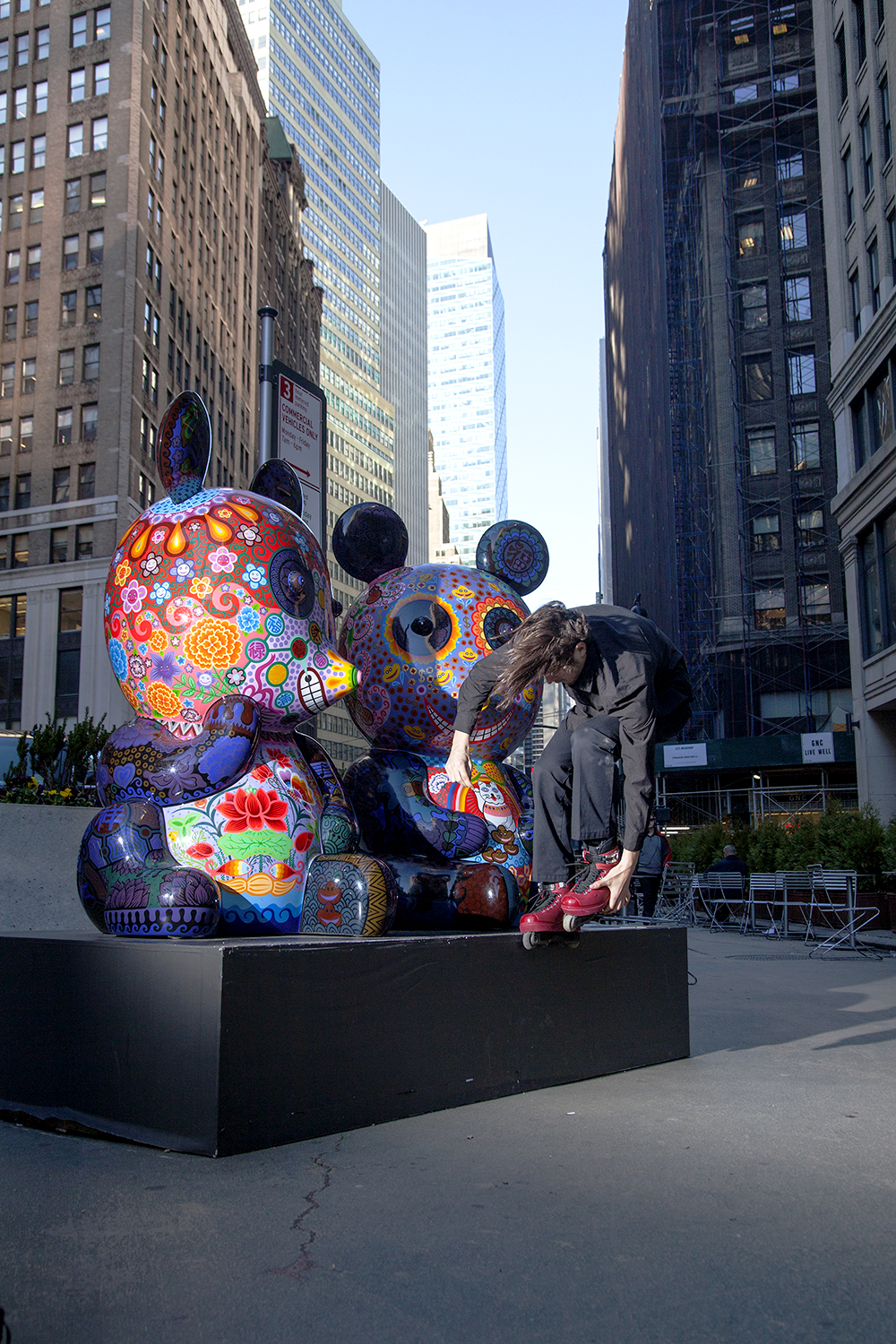 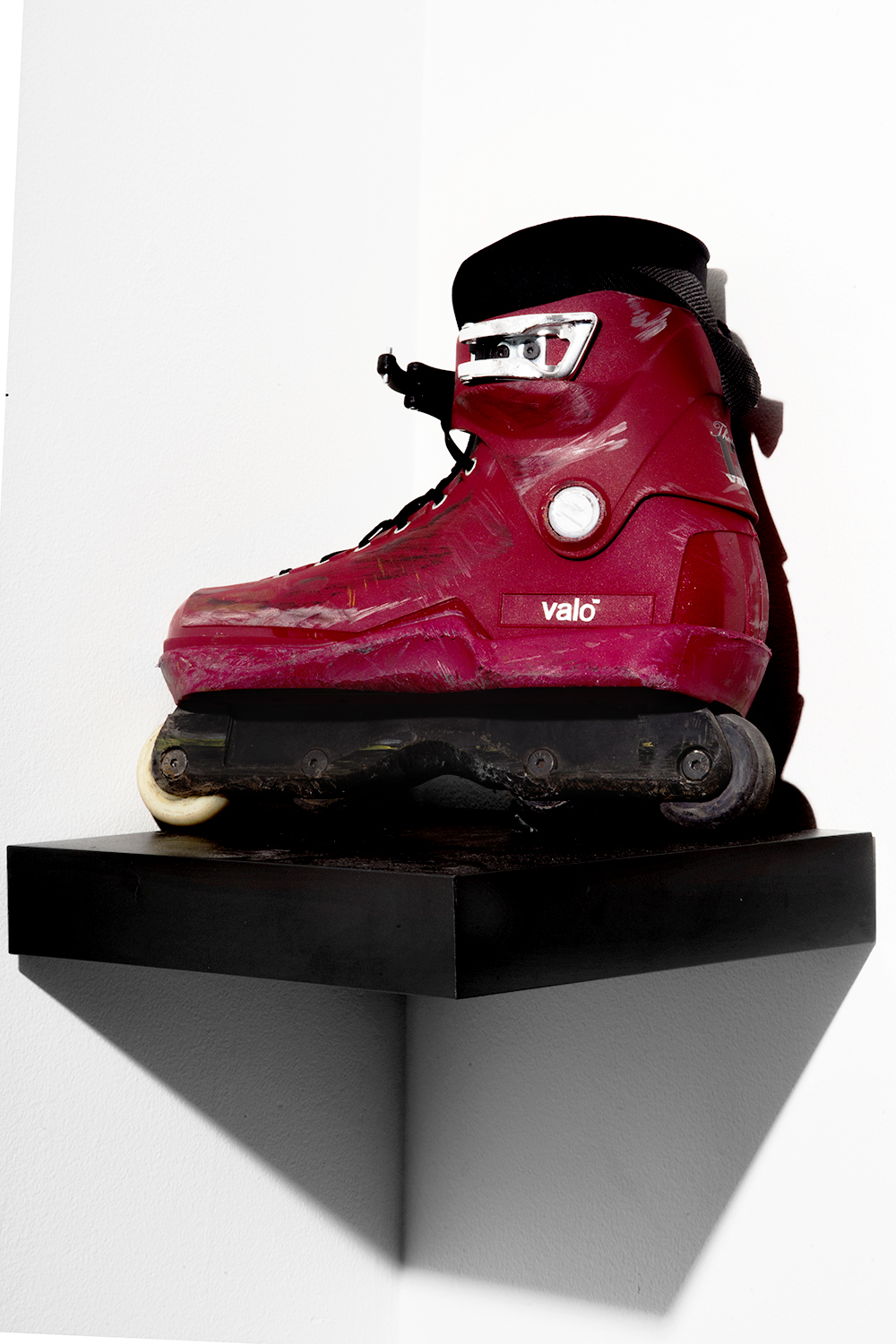 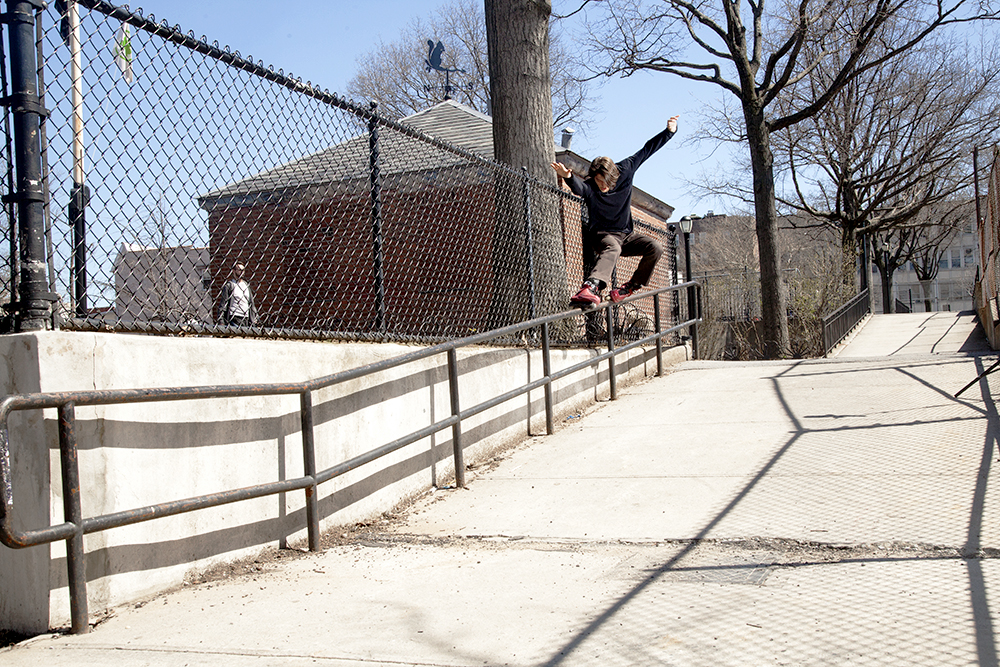 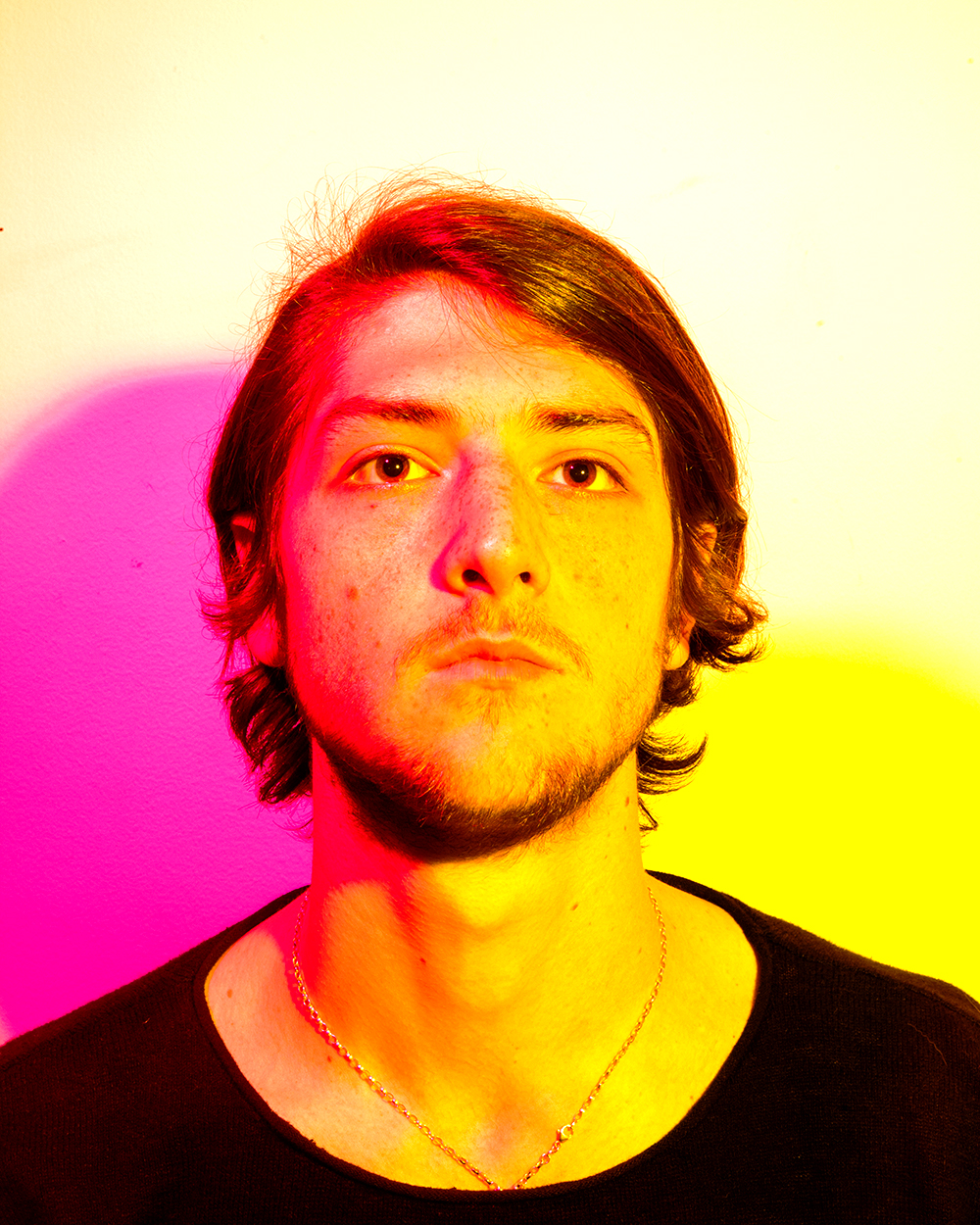 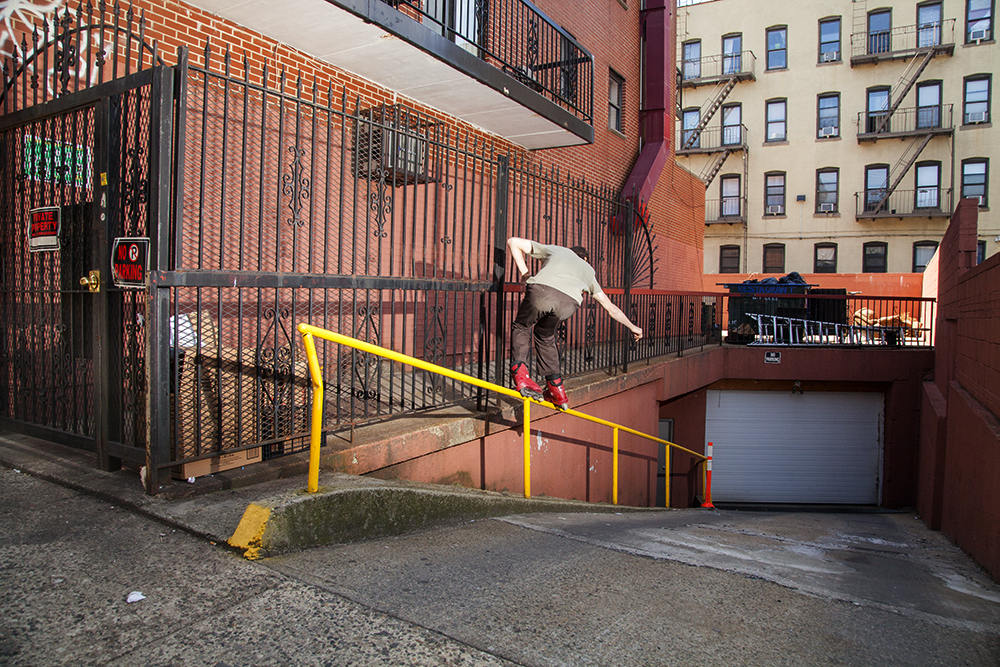