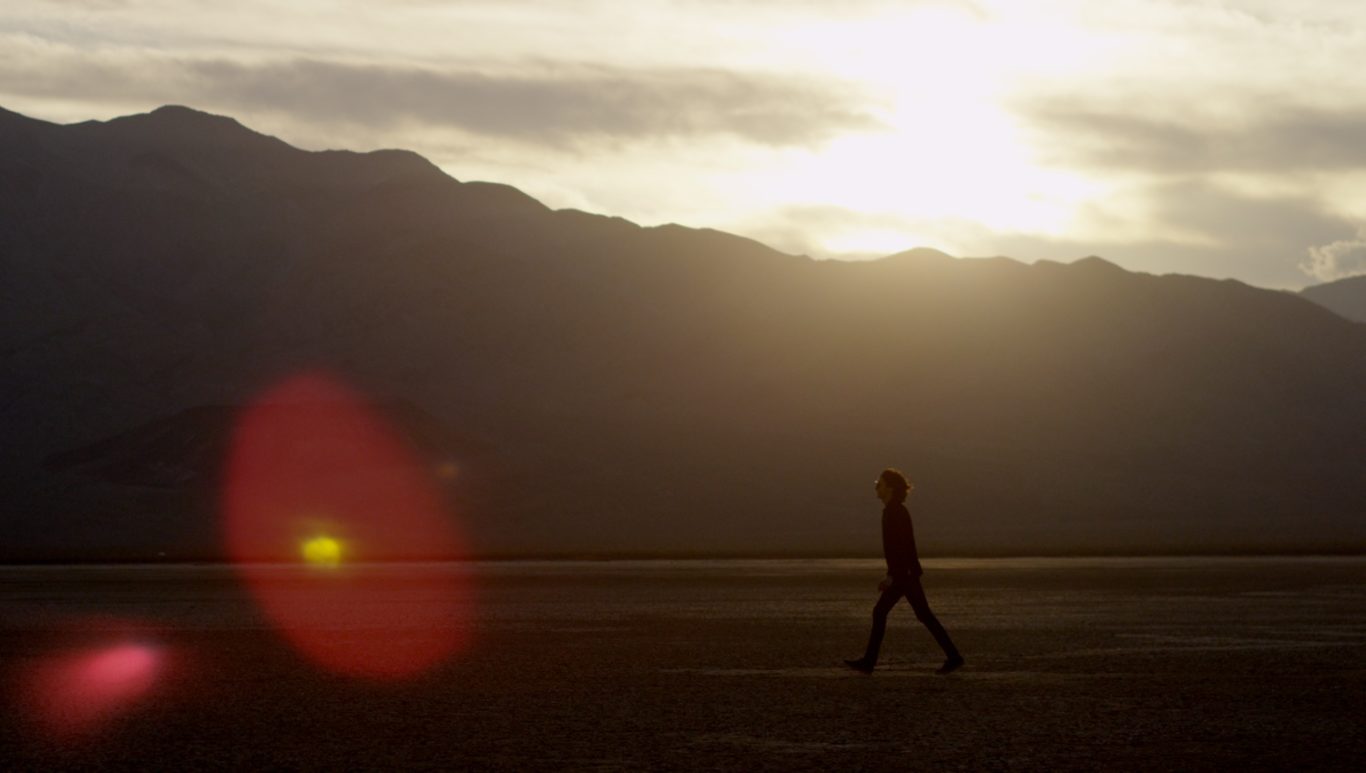 Checking in with Lonnie Gallegos

With more videos under his belt than even he can remember, Lonnie Gallegos has had one of the most prolific careers of the past decade when it comes to producing quality blading footage. Not only did he put out sections on some of the best pros and up-and-coming amateurs in the game with great consistency, but he also managed to capture some iconic moments, both athletically (Haffey & the 666 rail, Noise), and aesthetically (the rain section in Noise). Not to forget a certain sense of humour (Rob G & the bench in Feet), which underlines Lonnie’s personality better than a long interview could describe. As he’s currently finishing the third opus in the Feet series, we took some time to check in with the man and took a look into the undergoing process of creating yet another masterpiece.

Where are you right now and what did you do before you started answering my questions?
At my day job in Los Angeles. Before this I was in the studio shooting footage tests.

First of all, there are probably some readers out there that started blading only in the past couple of years. In case some of them are not aware of your past projects, please tell us a little about your previous work?
Muerte 2000 (unreleased – Featuring Chris Fleener & Jayson Reduta)
Noise 2001 (Robert Guerrero, Louie Zamora)
Language 2002 (Robert Guerrero, Chris Fleener)
BFTV 2003 (Ryan Northway, Robert Guerrero)
Summer Vacation 2005 (Robert Guerrero, Chase Rushing/Michael Stein)
2feet 2007 (Introducing Michael Obedoza & Chris Haffey)
Fade Nation 2009 (Co-created with Brandon Negrete, featuring Chris Haffey)
Too Faded 2010 (Victor Galicia & Montre Livingston)
Fade Nation 3 “Green” 2011 (Robert Guerrero, Victor Galicia)
Some of the years may be wrong. I honestly had a hard time remembering all that.

It has been a few years since your last full-length video. Is there a specific reason for that, or did you just feel like you needed a break?
I didn’t feel like I needed a break, it kind of just happened. One contributing factor was the Xsjado video. Those dudes are basically who I skate with so I couldn’t really do much with them. I was also living in LA and a lot of people were still in Orange County or Long Beach until recently. I’m also 32 years old so adult life kind of caught up. 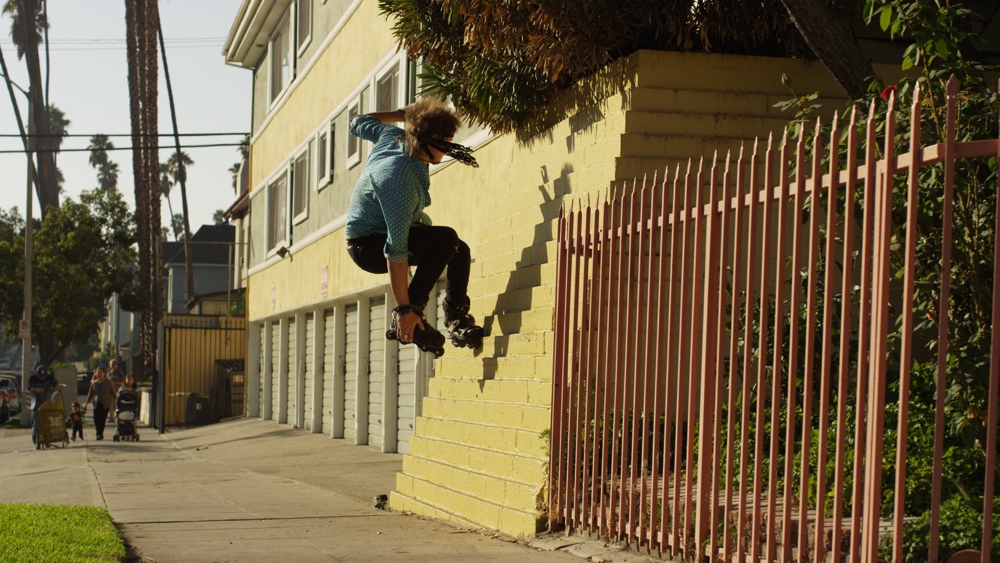 What did your life look like without working on blading videos?
I’ve always been attached to rollerblading in some way/shape/form, so I’m not entirely sure. I always helped Brandon Negrete with his projects (Regardless and Xsjado video when he was shooting it) and we also did some music video projects together. I’ve also done a lot of work for Rollerblade and The Conference since my last full length video which, length-wise actually totals up to near 2 full length dvd’s.

You are working on f33t right now. When did you start thinking about it and can you tell us how it feels to be back on the road to film for a project like that?
I started thinking about it in 2011 when I was living in NYC for the summer. The entire video is basically the result of me not wanting to just flop some of the coolest tricks Rob G had ever done on the internet. I was filming on & off for over a year until I started talking to Rob about it, set a deadline, and then we went full steam ahead. 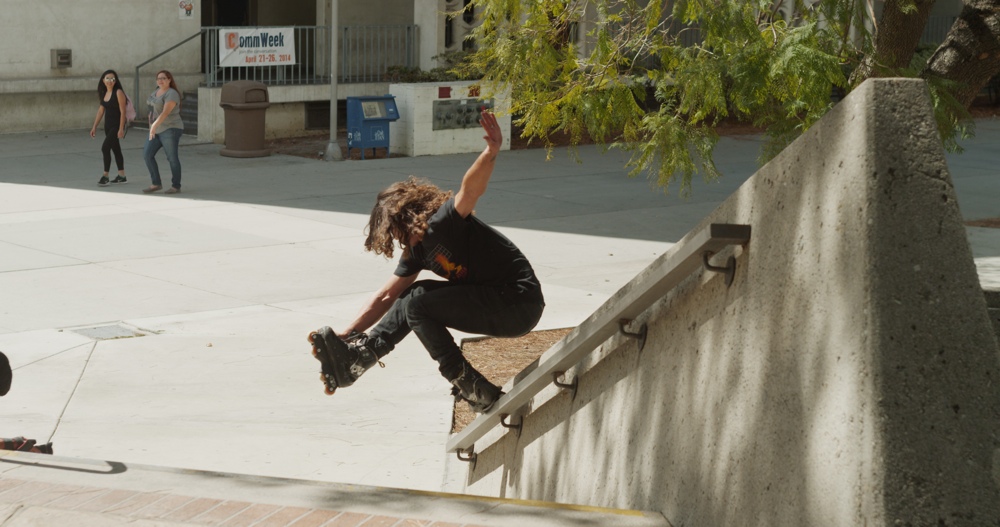 Can you remember the first trick you filmed for it?
Summer 2011, lower east side of Manhattan, New York City. Robert Guerrero did a truespin-cesslide that locked to alleyoop-fish on a curb. It’s a weird explanation but basically that trick is the one that made me realize that I needed to make something more concrete than an online edit.

Where did you film so far and is there other locations on the list?
LA area, NYC (mostly Brooklyn), Chicago and we shot an intro for Victor’s part in Death Valley. There’s nowhere else aside from the contributed footage. There’s something I love about our major Metropolis’ and the architecture (aka spots) that you’ll come across.

How are you financing the whole project?
My day-job covers the bulk of expenses (gas, car, food, plane tickets, etc). I was able to buy a new super8 camera with the money Wheel Scene is paying to be an advertiser as well. 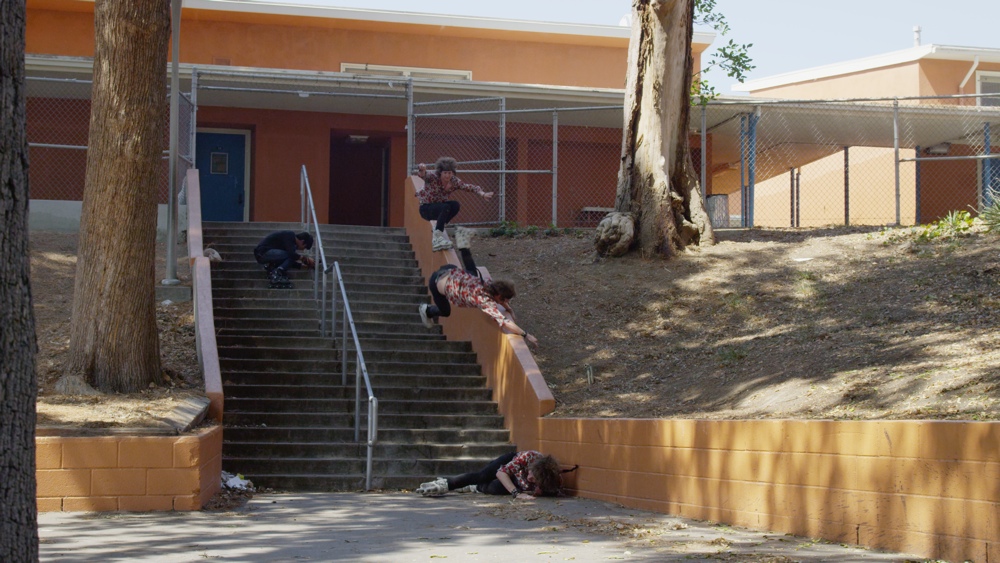 Can you already tell us how long it’s going to be?
Anywhere over 35 minutes and under 50 minutes is my goal. I couldn’t watch a full hour of blading so thats the only real limitation I’m sticking to.

DVD or online? And what’s your opinion on that topic that everyone is discussing right now?
Online and on thumb drives. I think DVD’s are a bit dated. If you have a DVD player chances are it takes a USB stick.

How much is it going to cost?
I’m not thinking that far ahead because if I did it’d probably be something along the lines of “FUCK IM GOING TO SPEND ALL OF MY TIME & MONEY ON THIS AND NOT MAKE ANYTHING BACK!”

Who put in the most work so far?
Everyone puts in so much in terms of skating and helping me film and lug around all my crap. That said, I’d say that Victor puts in a tremendous amount of work for all his parts. He will somehow figure out how to get over to where the sessions are happening even though he doesn’t have a car and doesn’t get paid to blade. On top of that his energy and drive to push himself both creatively and technically are very inspiring. Him and Chris Farmer are similar in all those same aspects. The obvious difference is that Chris is a paid professional, but he actually conducts himself as such. He will be at my house friday night & wake up Saturday/Sunday ready to go. He is the most dedicated to his parts out of anyone because he is aware of his influence and aims to continue to push himself with every section. One of the other amazing things about Chris is that he’s better at filming than most people who would consider themselves a cameraman. On the other side of Vic/Chris is Jeremy Soderburg. His willingness to organize sessions and film whenever possible is 50% of the reason I will get up and get out of the door. Without him this video honestly might have stayed an idea. 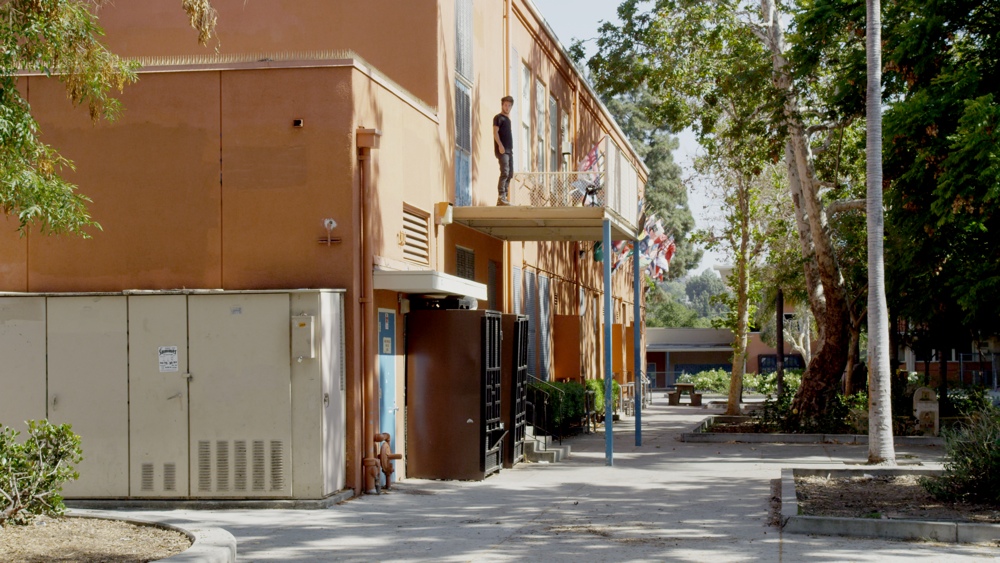 Is there anyone that was supposed to get a full part, but got hurt during the filming? Any bad slams in general?
No, and I’m glad about that. I don’t push the stunt card too hard on my friends. If they feel uncomfortable with a spot then so will I, and we’ll usually move on because a lot of us have work on Monday. Honestly all my favorite tricks in the video are on obstacles that most people wouldn’t even consider a spot.

Something funny, bad or crazy happened during the filming so far?
We’ve honestly been super-lucky despite all the circumstances. Maybe 4 or 5 months ago I went out with Victor, Soderburg, Seba and Xathan and we pulled up to a rail where a homeless dude was sitting. He immediately came up to the top and tried to be a street vigilante. Long story short: he was more scared of my swinging tripod then I was of his pocket knife. Blading in NYC with Chris is always interesting too. He has to put up with a lot of shit from people, especially in NYC. They have no problem screaming their opinions from the windows of their homes, buses, cars or bodegas. After awhile it just blended into the rest of NYC’s consistent white noise. One time we found a spot in Brooklyn that was in the courtyard of a really sketchy feeling building. Getting in wasn’t too hard to figure out but once we did we had to navigate a maze of hallways to get to the courtyard, which gave us a very trapped feeling knowing that was the only way out. The spot was really good though, so we found the moves and everyone clipped up. The one thing I didn’t tell the dudes is that I heard the gnarliest fights happening the whole time (I was filming from a hallway and could hear everything happening inside the building). Glasses being thrown against walls, people just generally yelling; it was sketch. But nothing came of it. I guess everything like that seems a little uneasy when you’re far from home and you have a $20,000 camera in your bag. 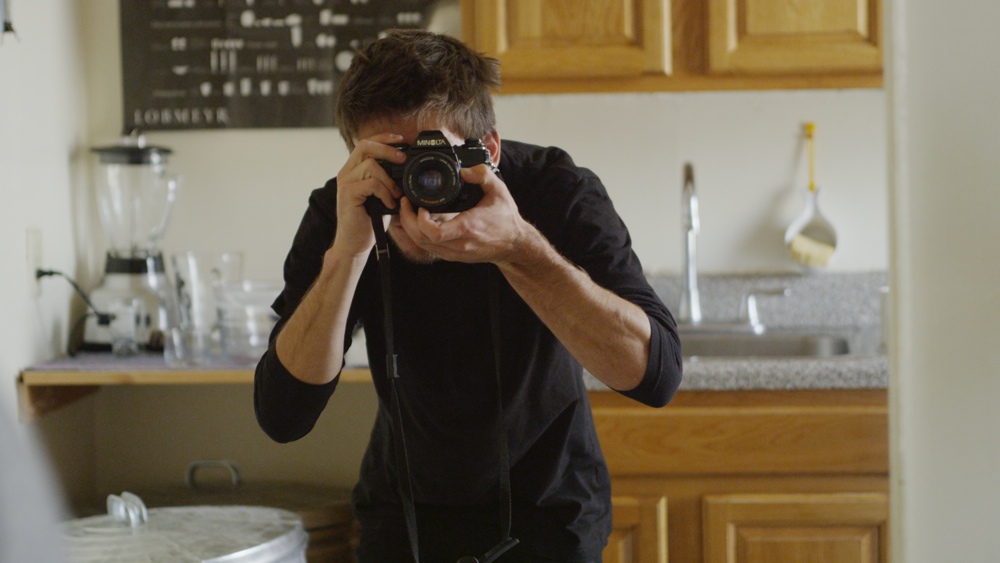 When is it going to be out and is there something else we should know about it?
It will be out before the end of summer, most likely late-August. One thing that I’m excited about is that I’ve been lucky enough to shoot at least half of the video on a Red Epic camera (they own one at my work and actually let me use it), so its going to look really nice! Also, if you aren’t familiar with the previous “feet” videos, find ’em online and watch them! It’ll give you a good idea of how this video is going to feel.
Thanks a lot. We will talk again once the video is out! 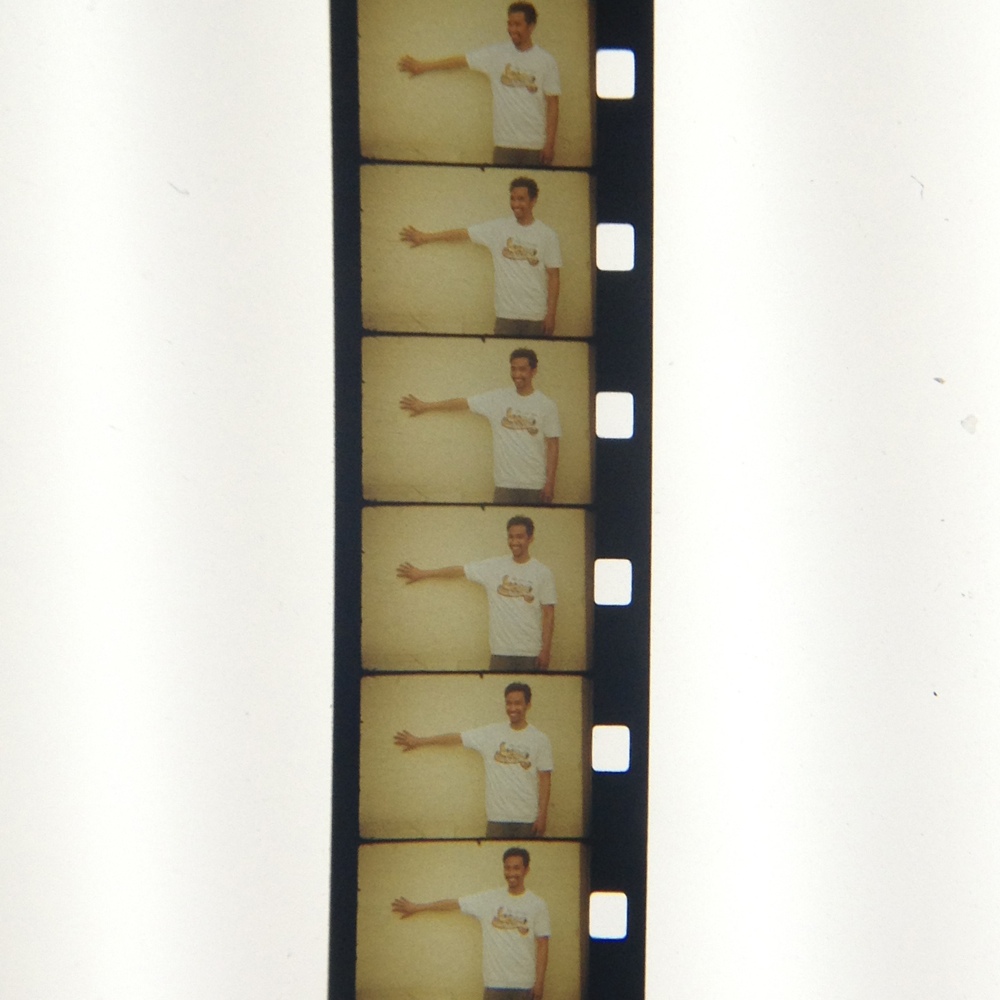 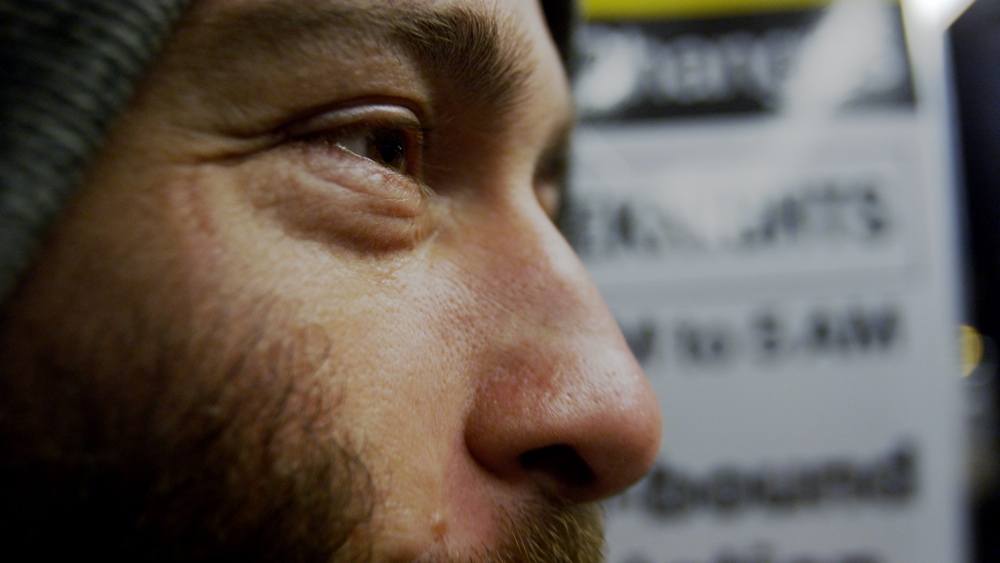 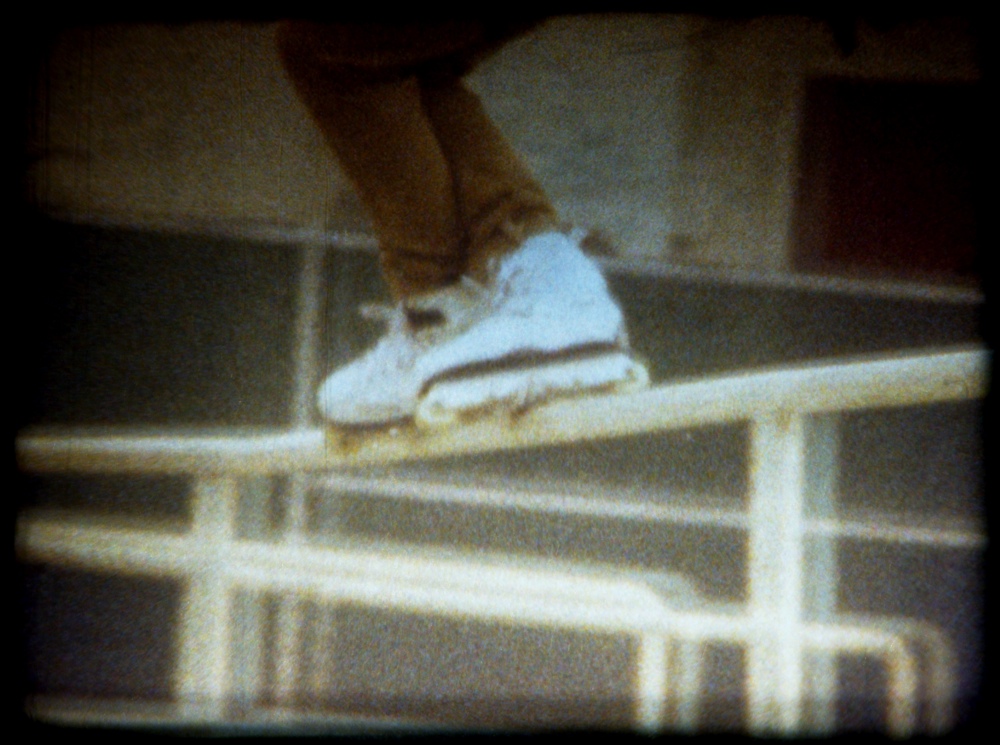 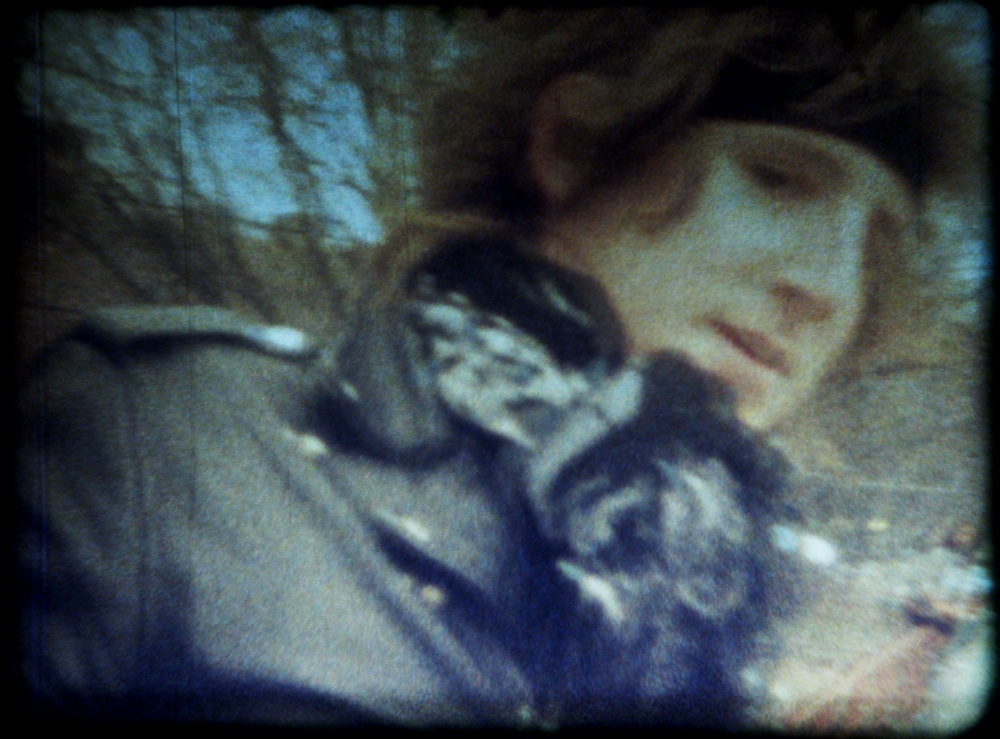 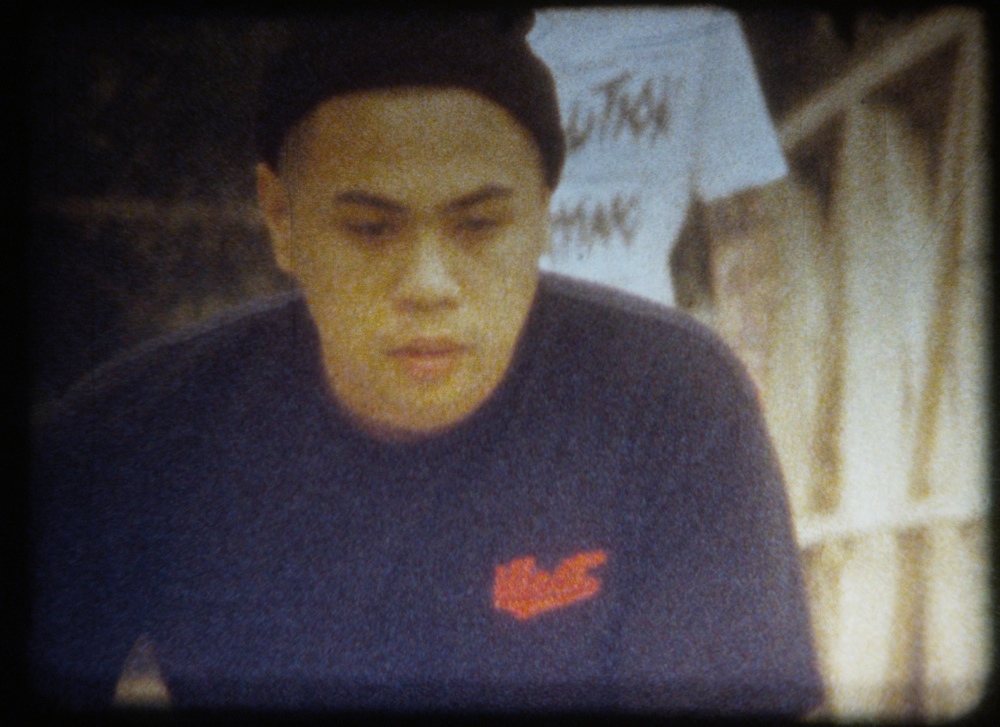