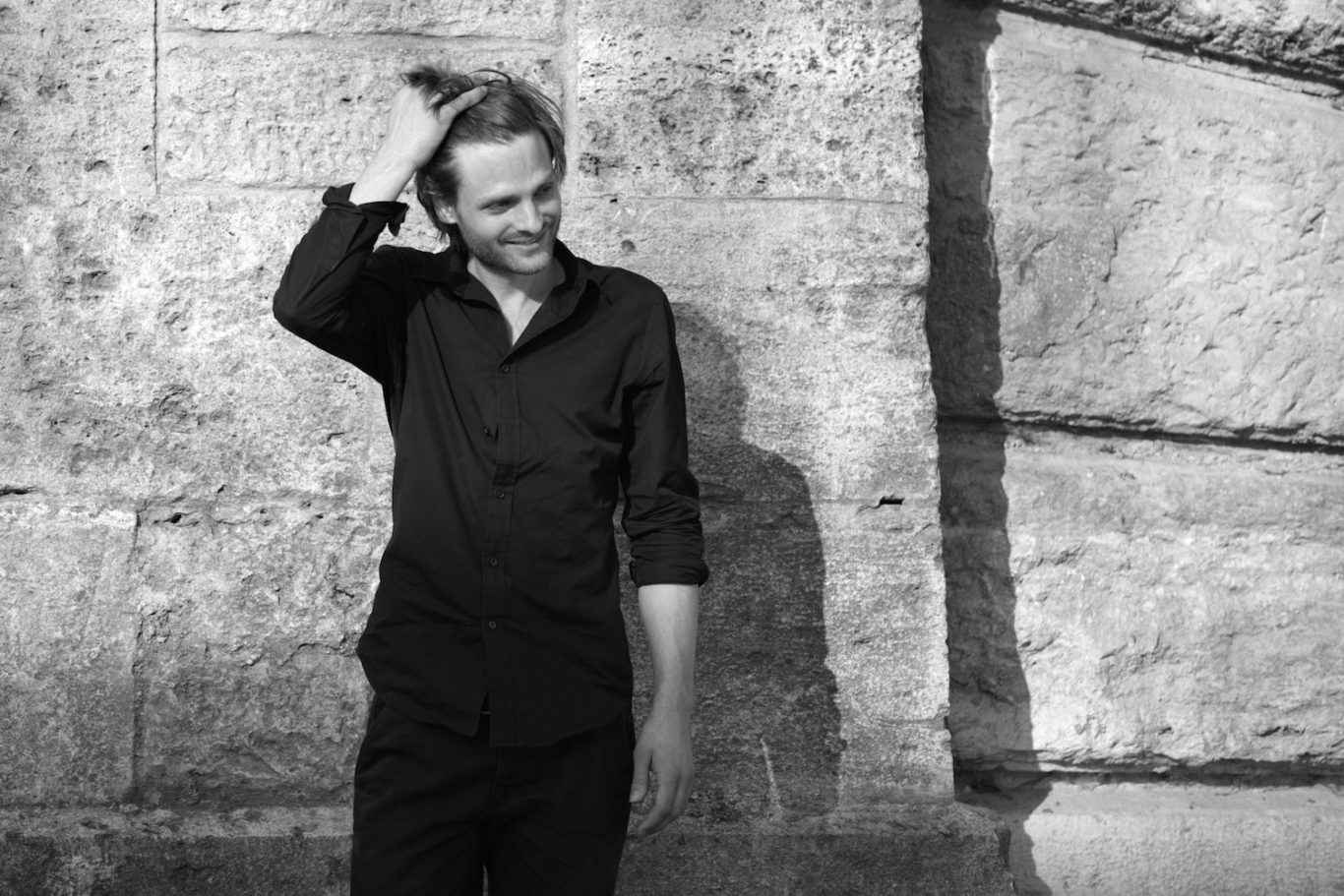 A few years ago, German blader Matthias Ogger wanted to find a new purpose in life so he moved to Australia to start all over again. In his first year of living there he filmed a full section for the local blade flick “Seven Rats” and after that, things quieted down and he fell out of the spotlight. A few weeks ago he returned home where he met up with Holger Thalmann and shot some pictures in Munich. We felt it was just the right time to check in and ask him a few questions about his life down under, dropping Rollerblade and missing Deutschland. 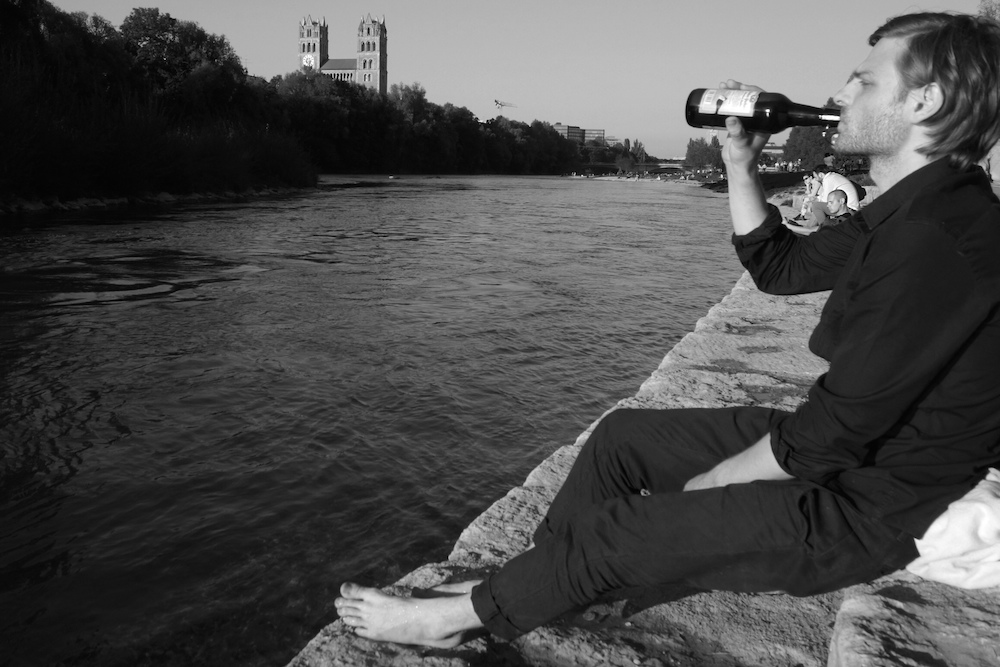 Hey Matthias, where are you right now and what did you do before you started answering my questions?
I’m at Home in Melbourne at the moment and before I started with this interview I went for a run to stay in shape!!!

You recently went to Munich. Did you move back to Germany or are you just visiting?
No I didn’t move back to Germany, I just went there to visit friends and family and also to get a bit of skating done. It was good seeing all of my old friends again and even the weather was on my side this time.

When was the last time you visited Germany before that?
It must have been a few years. I originally bought a one-way ticket to Melbourne and never looked back.

For those who don’t know, what made you move to Australia and what have you been doing there since?
I met my partner in Munich and we stayed in touch over a few months. At the time I was in my final year doing a apprenticeship in logistics at a canon business center in Munich. A few days after I graduated I made the move to Australia.
In Australia I mainly worked in warehouses, which is exactly the same as I was doing in Germany. There was nothing wrong with doing this sort of work but at the end of the day it wasn’t what I wanted to do with my life. Shortly after arriving in Australia I bought a Canon 7 d with is for this who don’t know a semi professional camera. At the start I shot mainly portraits and skating. I started to get more and more into photography and at on stage since education in Australia is available to everybody that can afford to pay for school fees, I decided to aim for a career change and enrolled at a place called Photography Studies College. The rest is history. 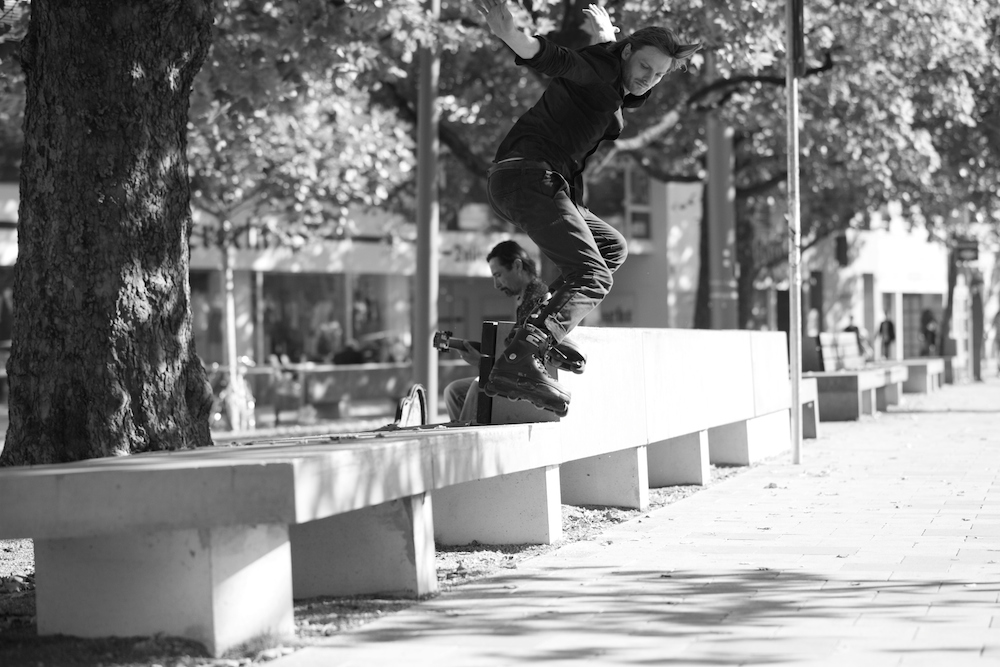 With who did you go skate and did you go skate very often at all?
I usually skated with Craig Smith, Jarrod Thack, James Gdb, Andy Plumrich when he’s not missing in action, Matt Carratelli, Martin Gade, Thomas Dalbis, Hayden Golder and Robbie Pitts. We are very lucky here in Melbourne to be blessed with an endless supply of skate parks and a very health skate scene.
I usually skate on weekends as these days my career comes first. That being said I still skate on a regular base and still love to skate more than ever.

What do you miss the most about Germany when you’re in Australia and what do you miss the most about Australia when you’re back home?
About Germany I miss the most my friends and family. Also the German food and the German beer. In Germany you have a lot of different cities and countries always near by which is awesome.
About Australia the only thing that would come to my mind would be a good pub burger with fries .The great things about Australia are more the lifestyle and the fact that education is accessible to everybody. Melbourne has been ranked world’s most live able city in the last couple of years for a reason. 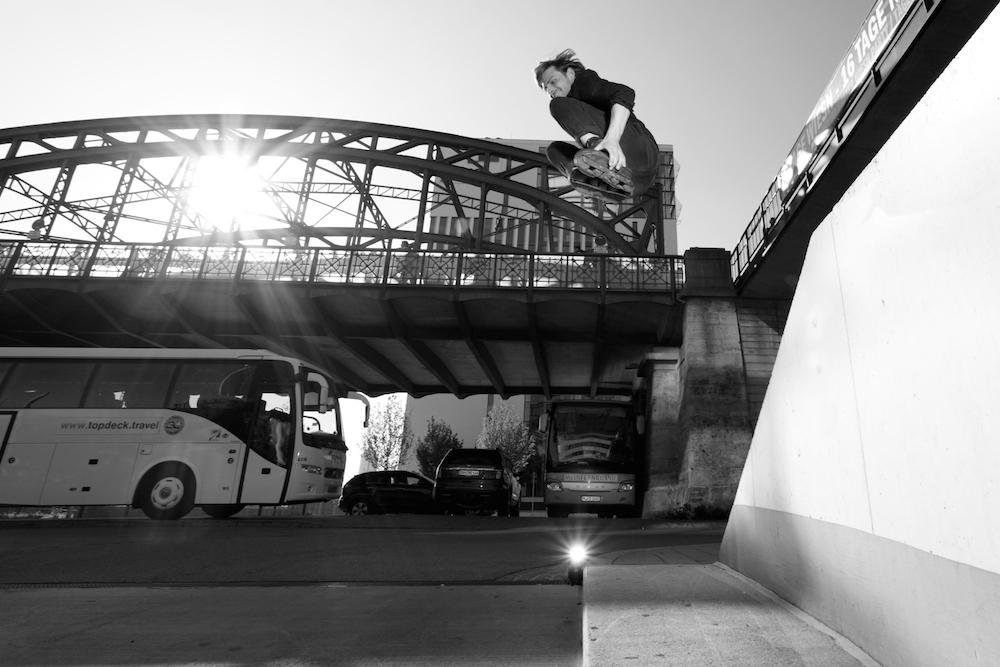 You are riding Razors Skates right now, what happened to you deal with Rollerblade?
Ok so the only reason why I skated for rollerblade in the first place was cuz I received a email one day from Tom Hyser asking me if I wanted to skate pro for Rollerblade .Tom said they would pay me a monthly salary enough to make a living of and fly me to all major comps around the world. At the time this sounded like all I had ever hoped for and it felt like the hard work I had put in started to finally pay of. Shortly after getting on Rollerblade I received an email from a Sven Boekhorst saying that we would get only 50 dollars a month, 3 pairs of skates a year and a trip to Winterclash. After a lot of emails back and forth Sven explained me that Tom was in charge of Rollerblade US and he was in charge of Rollerblade Europe. Sven told me that there would be proper payment the year after. Ok the year after Rollerblade decided to not pay me but they said they would pay me for the things I would do, such as edits and interviews .So for my Be-Mag interview they ended up paying me 2000 Euros which I thought was awesome. Then I got another 300 Euros for another edit but after that I was told that we had reached the limit for this and they could pay me more the year after. That never happened. You may ask me why I didn’t quit after they did not keep any of their promises? Well at the time I’ve worked so hard to turn pro and that I’ve come such a long way that giving all up and to start from the bottom again with another boot company wasn’t an option.

In the end all I ever got from rollerblade in 5 years was 2300 Euros, a trip to the US and 2 trips to Sydney. While on the other hand Rob G, David Sizemore and Sven Boekhorst received the promised monthly salary, which was enough for them to make a living out of. Sven even has a rollerblade company car.

In 2014 I decided to part ways with rollerblade . 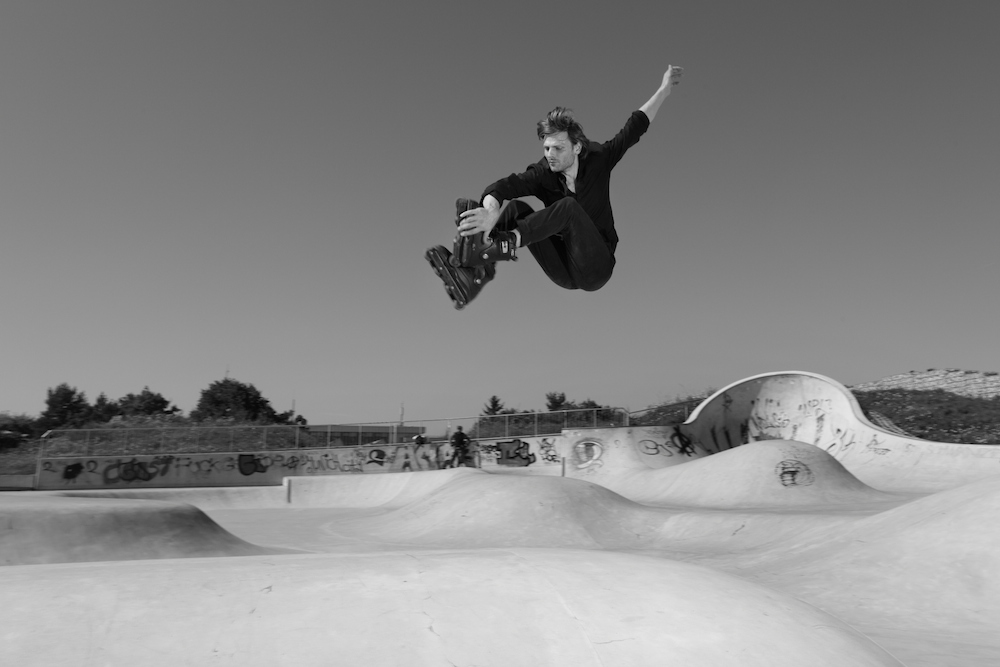 Any other Sponsor changes from your side?
No I’m still on grindhouse which has been my main sponsor for along time and I still have a very good relationship with the owner and all of the riders. In fact a lot of the older riders such as Prell, A-lap, Ridder and other people that where involved with
Grindhouse such as Bass´t and Rietzel have become god friends of mine .

There’s the Shred Cologne competition going on next weekend, any chance people will see you there, or is there any other opportunity to see Matt Ogger at a European event in the near future?
Unfortunately I missed the Shred Cologne event. But I wouldn’t mind going on a Winter- or Summerclash sometime.

Thanks for taking the time doing this with us. Enjoy Australia and see you soon Matthias. 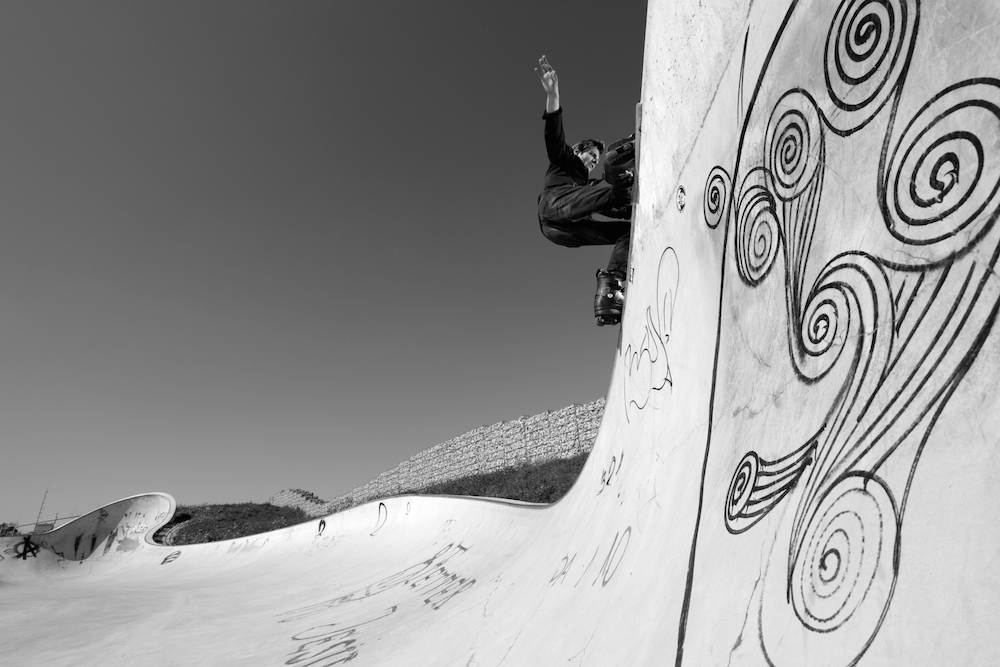 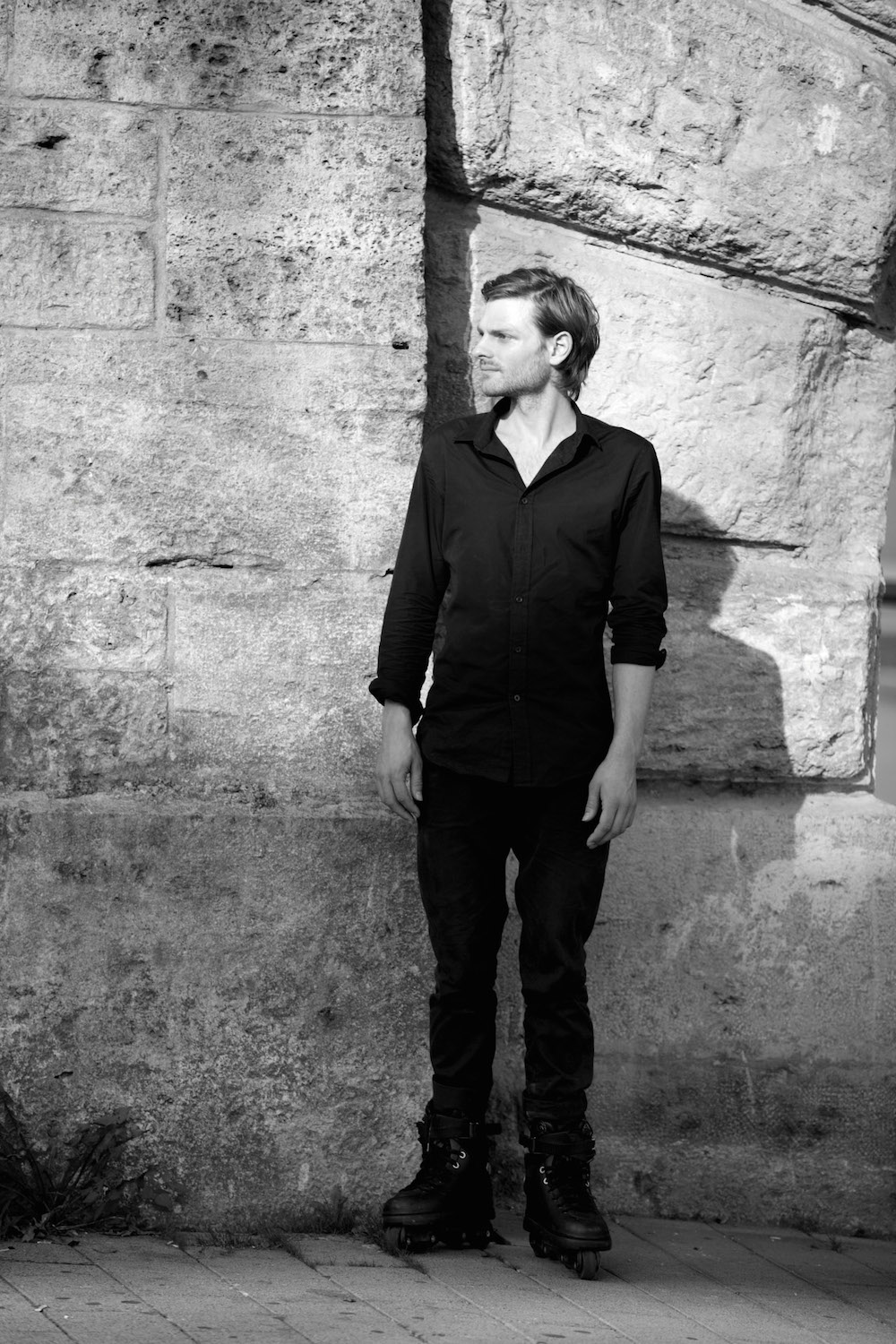 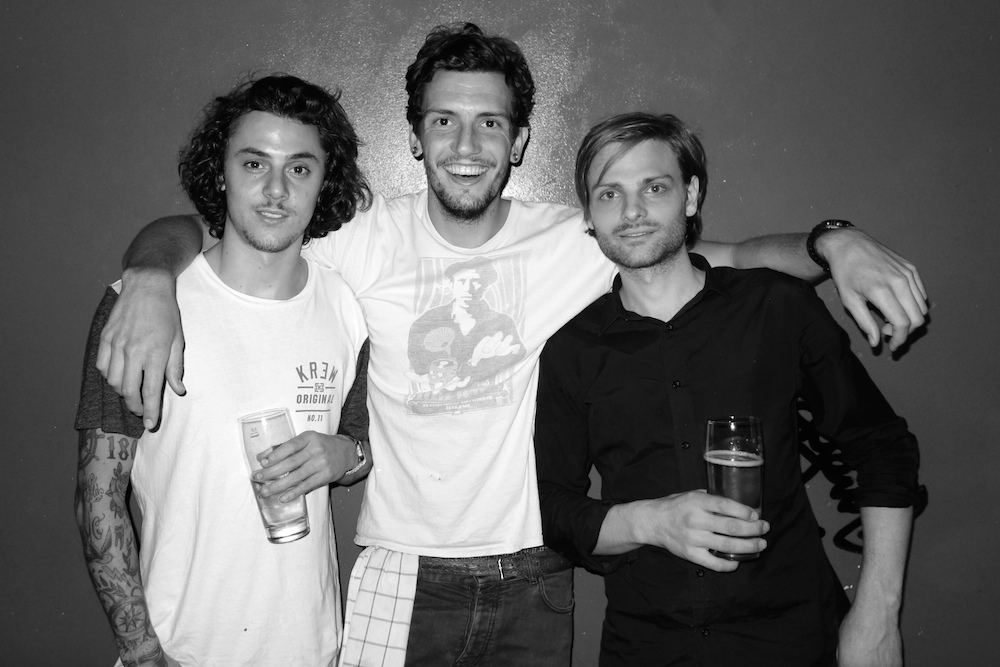