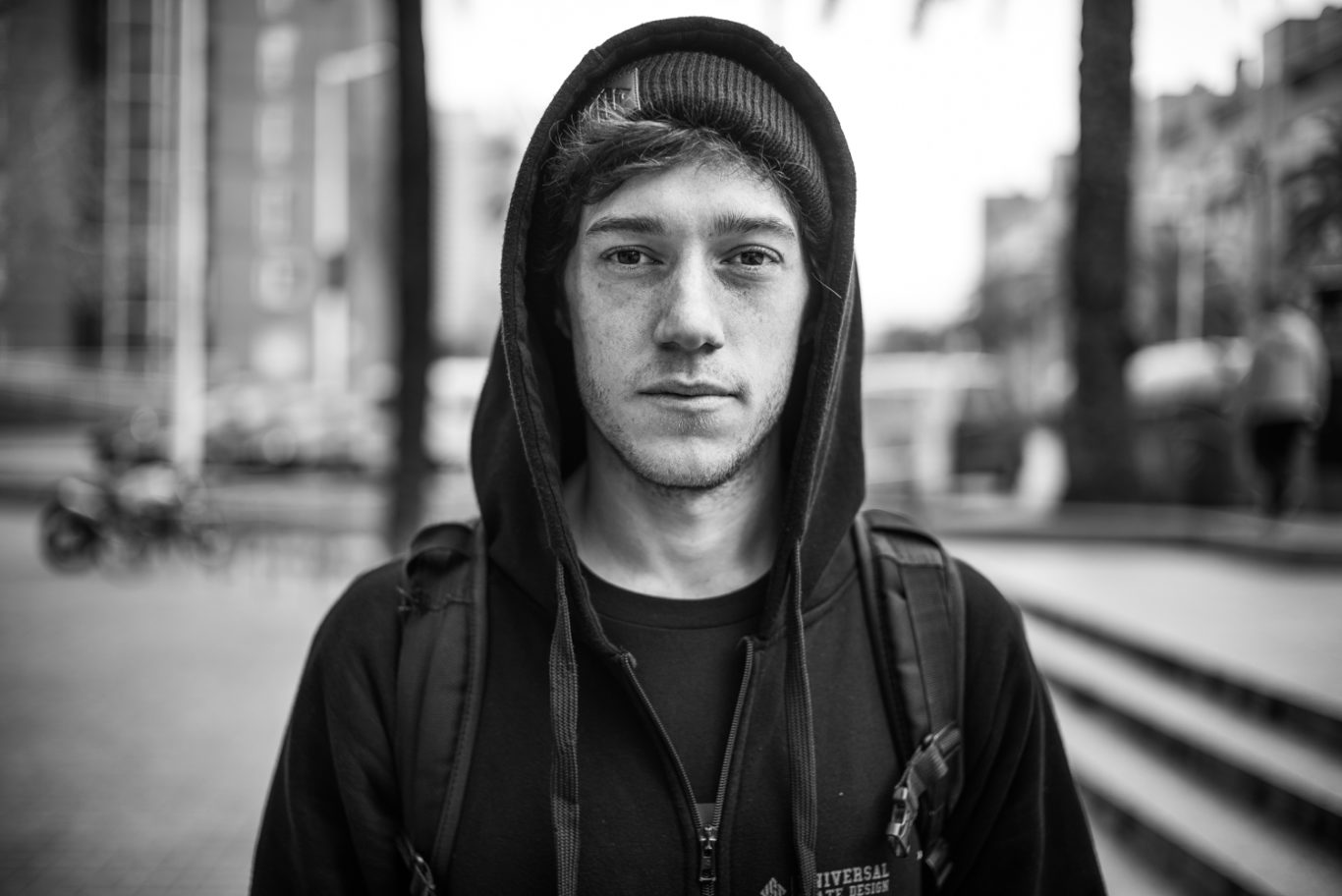 Checking in with Nick Lomax

Nick Lomax is currently residing in Barcelona, living the dream. Being able to film in the probably best city for blading on a daily made him become one of the most productive Pros today. If he’s not blading hard himself, he keeps himself busy by filming and editing for his friends.

A few weeks ago he got hurt and we made use of his little break from blading and sent him a few questions about his life in Barcelona. Just in time, because a few days after the interview he started blading again and as a result he just released his recovery edit today. Keep on pushing Nick and thanks for your time! 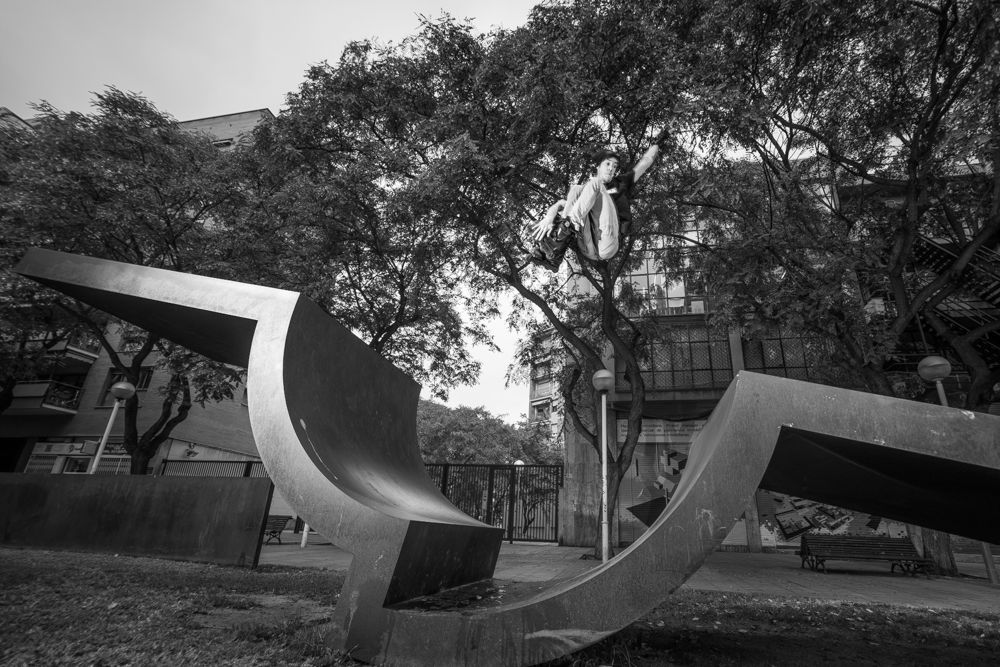 Hey Nick, where are you right now and what did you do before you started answering my questions?
Jo Jojo, Right now in Barcelona, and just before I answered I was watching Dexter’s Lab in Spanish.

You are currently living in Barcelona, is that right? When did you move there and what made you decide to leave your beloved Manchester?
That’s right man, I had already left Manchester 7 months prior moving to BCN, I left home because I wanted to travel and skate more. Nothing much happens in Manchester skate wise. So I finished my depts, got my driving license and took off. After travelling for so long, sleeping on sofa’s and saving contest money, me and my girlfriend decided at the end of the comps (September) we will make the move to BCN.

Did you rent an apartment or where are you staying?
Yes we rent a small apartment, in a really nice spot

Is it just a temporary thing or are you planning on staying there for a few years at least?
Feels like home now here, no rush or plans to move. 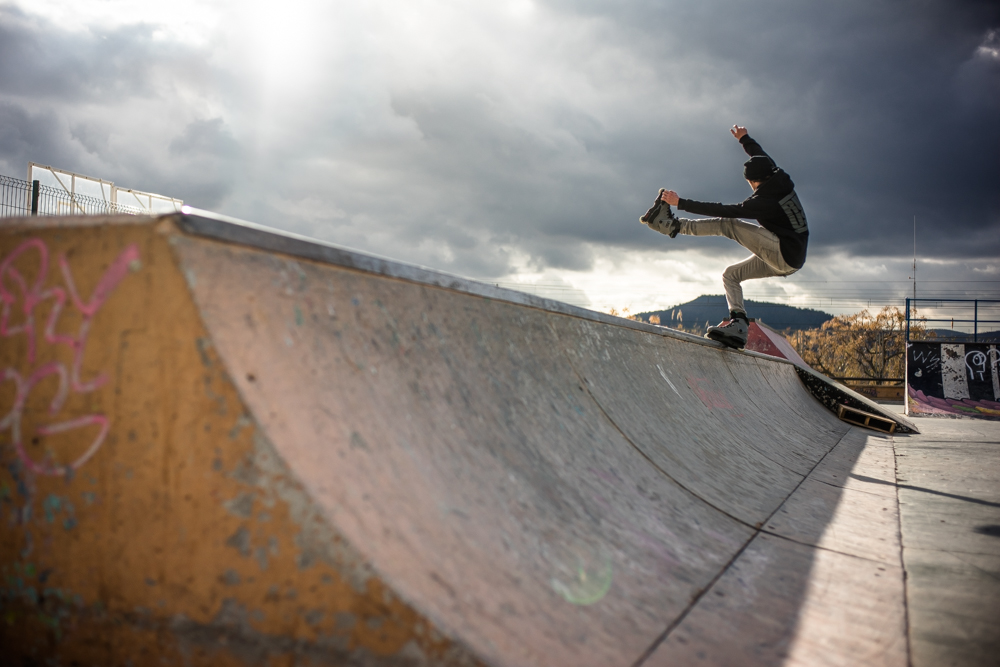 You have been more productive than ever since you’re living there. At least it feels like that. Can you please list all the edits that you’ve worked on since you are living in Barca?
Thanks man, Gotta stay productive always! Ok so all the edits since I moved here:
UC Wheels Kizer Frames edit, Mountain cruise,  Gopro solo, Oli Smallman edit, James Bower edit, Beers & Blades, Stephanie Richer – Loco Street, Sammy Brookfield ,Nick Lomax – LocoSkates.
There could be more that I forgot haha. (Check the bottom of the interview for all the videos.)

What is the one you are most proud of and why?
Probably my UC wheels edit, because it was all filmed by Stephanie, we would go out on really chill days and try to get a few. Feel proud because we worked together and obviously it pays our bills!

With who are you hanging out and blading the most and how does your typical day look like right now?
Right now I’m hanging out with more of my UK friends than normal, everyone’s always in Barcelona. Literally when a group leaves, another one arrives. It’s too sick! When no ones staying at my place and its not hard to organise, ill go and meet all my Spanish amigo’s. They skate every single day, injured or not! 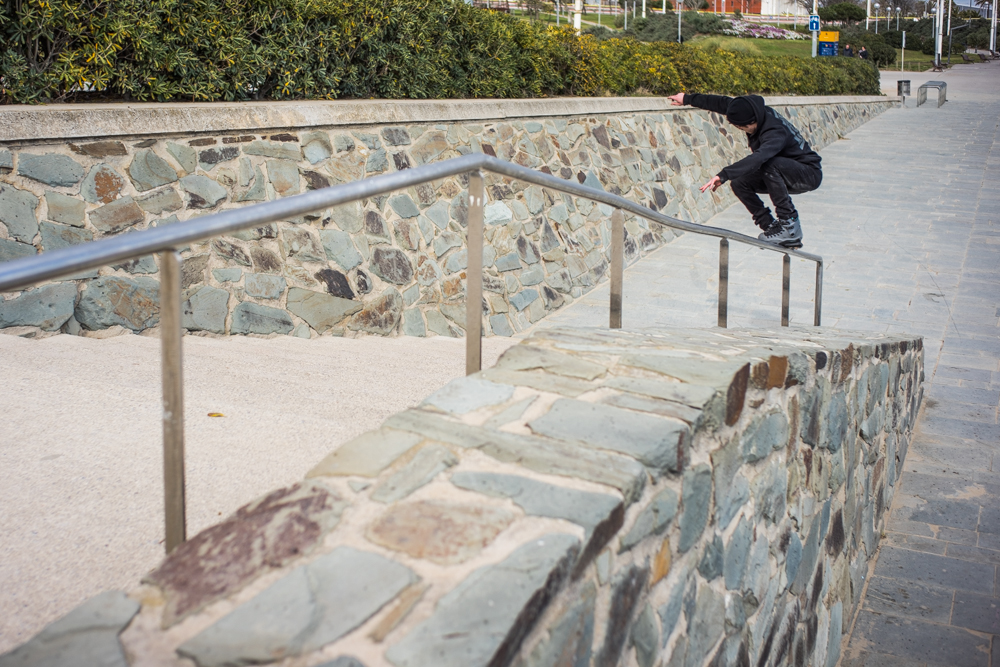 Barcelona always has loads of bladers visiting from all over the world. Could you name a few of your recent guests?
Ah there’s so many I can’t remember! The winter Olympics tour was packed full of sick guys. There have been some other tours too, but literally way too many people to remember.

Is there a crazy or funny story that happened during your stay till now – one that really stands out and will be remembered forever?
Craziest thing to happen so far would be my good friend Matthias, and his nightmare finger. Set up to skate a spot, using all Matthias’s expensive camera equipment, He was testing the rail, and what I thought was a little fall he had, turned into his finger hanging out of his hand. Popped it in a plastic bag… and off he went to hospital. It was a lot more dramatic than it sounds. Then I was left with about 4 bags, two skates, three camera’s and a huge Tripod… in pickpocket/thief Central. All worked out fine in the end.

What do you miss the most about Manchester?
All my Family and friends the most. Sounds crazy but I miss the Bolton countryside (does not compare with palm trees) And I very much miss chips and gravy from the chippy. 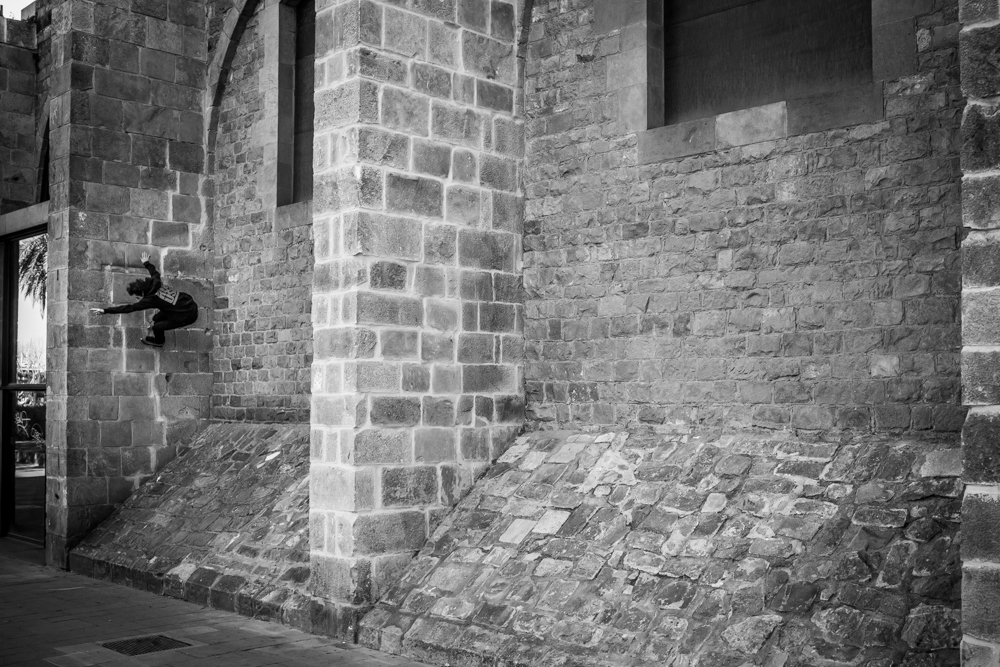 What’s the best part of living in Barcelona and what is the worst?
Best: Sunshine hitting the blinds every single morning.
Worst: Not having any bit of health insurance.

What’s planned for 2014? Any exciting trips planned already? Or is it all about getting healed up again and see whatever happens after?
Love it here in BCN so much that I think I will chill out this year, get healthy and focus more on just skating and filming. For sure ill still be going all the big contest’s Like Summerclash, Fise, Nass, mainly to see all the Amigo’s! Weyy.

Thanks for doing this with us. Any last words?
Big thanks to Kenneth for always being down to shoot pics, Jonny Lee for shooting, thanks to all you guys for reading, thanks to you Jojo for keeping it alive! I would also like to thank my Main sponsors USD and Loco for their constant support and opportunity’s to travel so much! 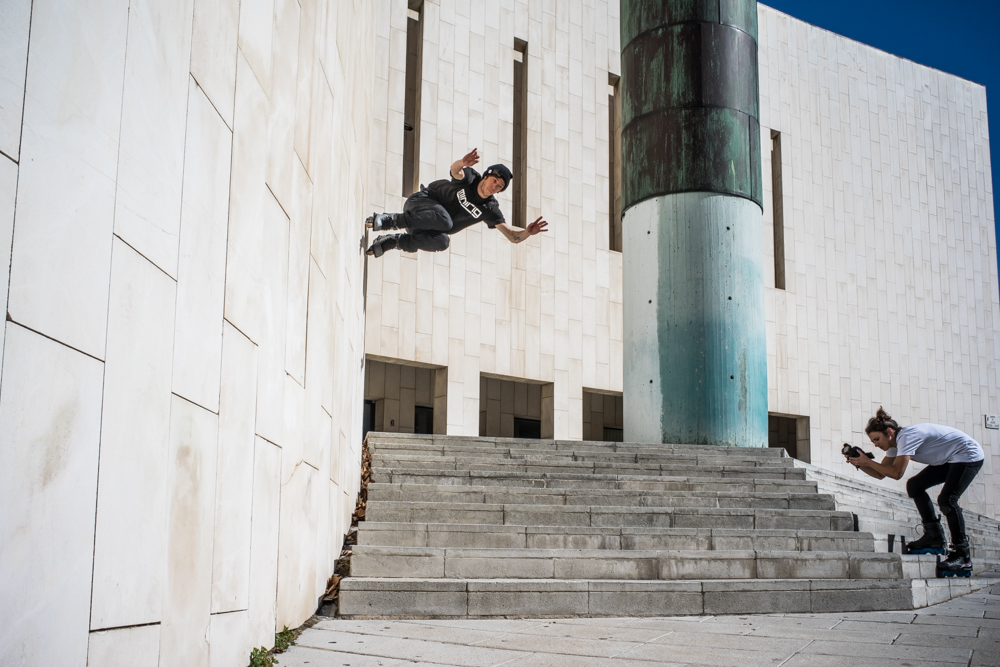 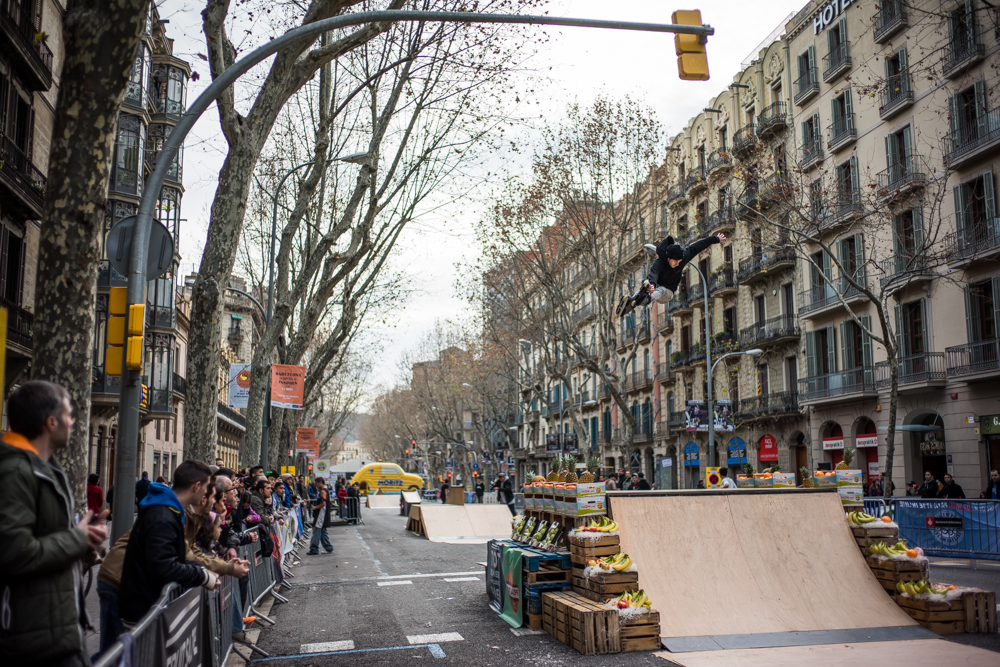