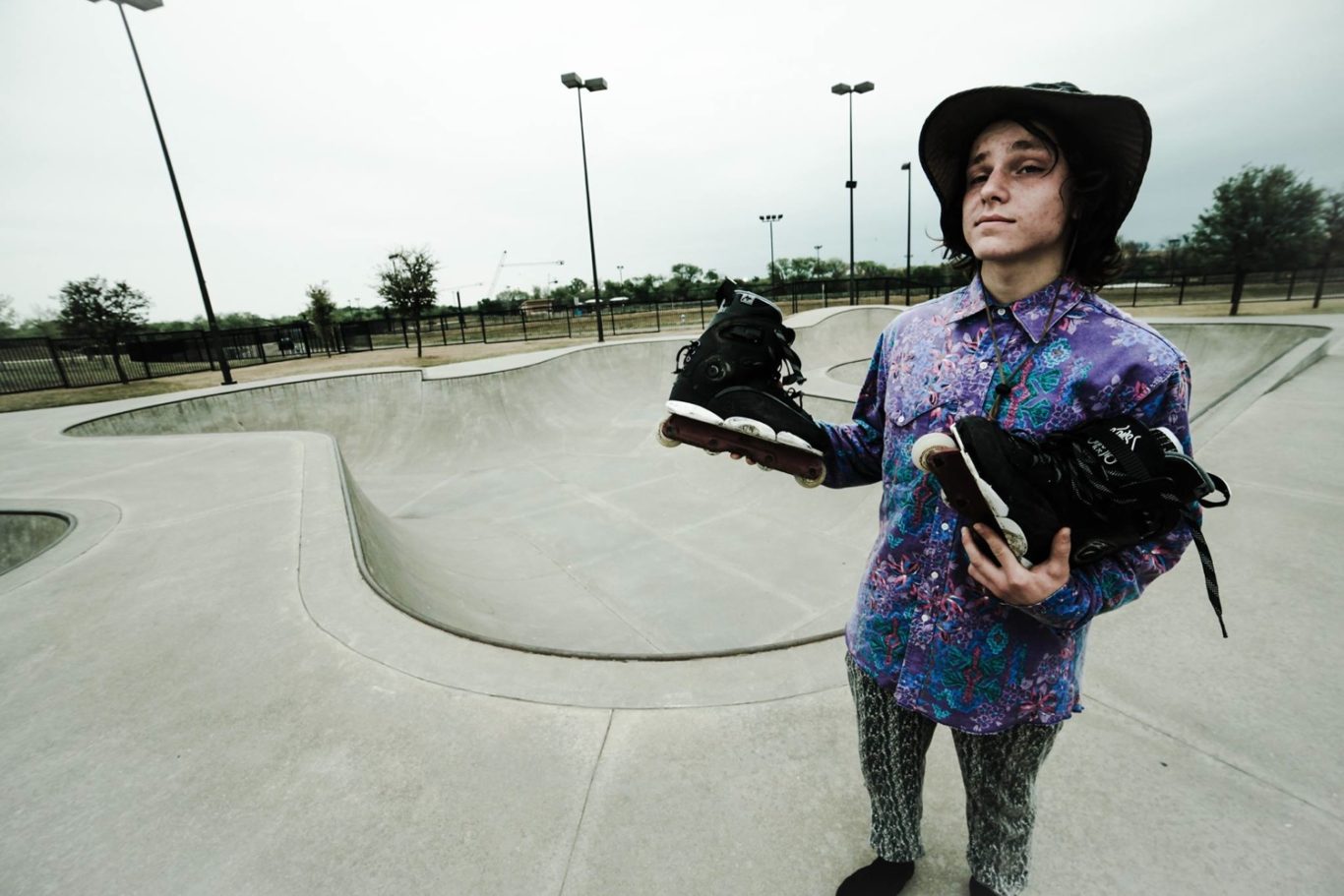 Checking in with Nils Jansons

Nils Jansons is a lot of people’s role model, and the example for the term “working your way up”. Coming from Latvia he got introduced to the scene at a very young age when he first traveled to Winterclash in 2007. He left an impression on every single person in the building that day and it only got crazier since then. Today he is skating his own pro boot with his pro wheels underneath. But that didn’t happen because of his high level of blading only , but also because he stayed true to himself and always kept the fun in blading. Nils Jansons is enjoying himself doing what he loves to do and he doesn’t give a damn about other people’s opinion on that. Time to check in and see what he is up to these days.

Hey Nils, where are you right now and what did you do before you started answering my questions?
Yo dude. I’m here in a hotel room with the GC crew in Austin, Texas. Chillin hard. We had a sick street session and killed a lot of street spots today. Filming for a Ground Control project here.

Congratulations on your first Pro skate. When did you get the news about it and do you remember how you felt when they told you?
It was a while ago when Kato mentioned this idea. Sure I felt excited and juiced about it but I knew it was still a long way until the final product is done so I didn’t get too excited. We had no rush with it and took our time to make everything legit.

Did you tell your parents about it and what was their reaction? I mean, it seems like they always supported what you were doing and by that helped you to get where you are?
Yes sure. I guess they didn’t realize that it was actually happening when I first told them. I didn’t get into any details as well. I guess they never thought that it was actually that serious for me. haha But now they definitely feel happy about me and I wouldn’t be here for sure without their support. They have always believed in me and feel happy that I succeed in what I love. I love u mom and dad.

Lets go all the way back to when it all started. How did you actually got into blading and was there a moment when you realized you are maybe a little better than the people in your surrounding?
It all started I think in 2001 for me. I was 9 and my brother got aggressive skates so I started rolling around with him. Then I got semi aggressive skates and started more jumping and grinding. I was just hooked and super juiced about skating and doing new stuff on skates. My brother and I had built few practice boxes and kickers in backyard, so we could skate everyday. My brother always kept pushing me do new tricks I didn’t realize I could do, so he teached me a lot. Two years later I went to my first comp and won it. I felt super happy and juiced. I ended up winning every other event there that season in my age group. I skated all the time with my brother and his homies and I was always the little kid. So I think that played big role as well- hanging out with the big boys and learning a lot from – them especially from my brother.

Was receiving a Pro skate or wheel ever a goal for you, or do you just not care about such things?
I’ve never cared about those things too much. It just happened when the time was right, so I didn’t even feel like trying hard. It came naturally and I couldn’t be happier about it. But of course that has been in my head – how cool it would be to get pro skate. And sure it is awesome haha Here it is. Kind of a big deal, but a lot more to come. I’ve always felt good about skating, every time skating and progressing felt great and fulfilling from day one so I knew it was definitely leading me to something good. It has always been just a fun and mind relaxing thing to do with homies, now it’s just the same – I only travel further to do that.

You think living in Latvia made things more complicated and everything took longer than it should have?
No. It was how it was and made me who I am. And I love it. It shaped me in a very good way. We had to adjust to things back here and we couldn’t be picky with spots. That made me appreciating things maybe a little more. So now when I go new places I’m amazed. Now we are having sick spots and the sickest skateparks, so it all just came.

When did you first got sponsored by Remz and can you please also tell up how your relation with Hedonskate, BHC and you other sponsors started?
The first sponsor was Hedonskate. They came for a big event in Ventspils, Latvia and Sean & Colin Celso were there as well, so I just busted it all out haha. I ended up winning the whole thing. After the contest Yoghurt from Hedonskate asked me about it and sure I said yes. I was super excited about having a sponsor from somewhere abroad. Got my first pair of Xsjados from  them and like a year later or so Mirek (Hedonskate Boss) told me about a chance to get on the Remz Europe team, so I got hooked up with Kato and Remz and started skating the skate. The connection between Hedonskate and Remz just got stronger and stronger over the past years. And a little after those two companies I got a mail from Mark Trebble asking if I want to ride BHC wheels. He hooked me up with some wheels and I’ve been trustful to BHC since then. GC happened because Remz was close to GC and I’ve always skated the frames since Featherlights came out.

You are super loyal when it comes to sponsors. I´m sure you received the one or the other offer from different boot companies over the past years. What made you stay with Remz?
I received a few, yes. Remz was the first one who cared and noticed me. I love the skates, I know Kato well and he’s the sickest guy. Chris Haffey has always been my top one inspiration as well so I’ve always felt good about Remz. Sick skates & passionate people.

You’re in Texas right now. What are you doing there and how long are you going to stay?
I stay here for full 6 weeks. I’m shooting an online part for GC. We filmed as well one week in Austin and there’s a team edit coming. And then I definitely want to film for my new skate together with Mason Richards. I ended up as well in Guadalajara, Mexico for three days for the Mariachi loco event on 20th April which was an amazing experience.

What’s next, now that you got voted as skater of the year, won most of todays big events, received a Pro wheel and a Pro skate. What’s left to achieve, what’s your motivation and what’s next for Nils Jansons?
Keep going. I’m only half way up the stairs. I mean comps, pro skate and titles are just to make marks, so you can look back and remember. For me it’s how I feel about skating right now. You can never get too good. I want to keep going hard and shape my blading, keep promoting blading in the best ways I can and just step up my own game. My motivation is my loved ones.