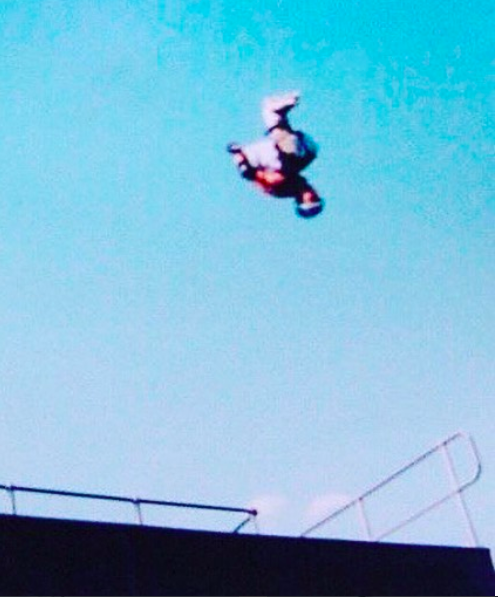 Let’s talk back flips: one of the tricks I’ve been known for which is both good and bad. Good because it gets people excited, but bad because it also means I was expected to do it everywhere I went, which sometimes meant doing it on a dangerous or crappy ramp. Let me start by saying, the back flip is one of the easiest tricks to do on a vert ramp. Technically, the mechanics of a back flip on a transition is not hard; just throw your head back n your body will follow. The transition of the ramp will help you over, and the position of your body once you get to the coping is already leaning back, so it’s basically a game of dare; do you dare to commit to flipping straight over? 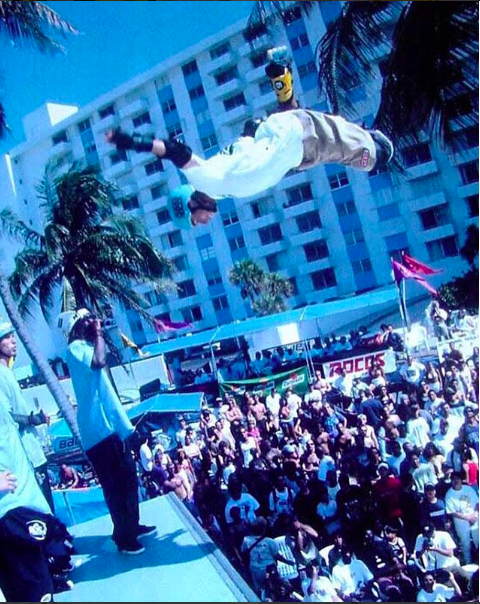 I’m sure quad skaters were doing them before inline became popular; the first I saw one done was by Jimmy Trimble from team rollerblade and I was amazed.

The hard part is starting to do it higher , because the higher you go, the more that can go wrong;  if you miss the transition, it could be catastrophic. I’ve seen skaters over rotate and whip it too hard, and as a result, their feet don’t even touch the transition on landing, causing them to land straight on their neck or head.  More height means more fine calculation. Sometimes, you are upside down and are unaware of how far out you are until you almost land, and then it’s too late. I got to a point where I was so comfortable, it became a second sense sort of thing; I could feel on take off exactly where I was, so I would just air as high as I could, and on the next wall throw the back flip as high as I could; no holding back. Sometimes I won high air contests, doing a back flip at 11 ft from the coping. Scary yet rewarding; I often got more applause for a back flip more often than  a 1080 to 900 to 900, haha. There was a famous quote from a judge, one that shall remain nameless. when I didn’t understand a certain contest result, this person said – “I mark a soul grind higher on vert than a 10 foot back flip.” Everyone had a good laugh, yet I was just dumbfounded, as I had my philosophy on what vert skating should look like, and in contrast, that person had theirs. Mind you, that person wasn’t even a vert skater. Once I found my range with the highest of back flips, I started grabbing them; rocket, mute, judo, stale, in an effort to just to clean them up and make them 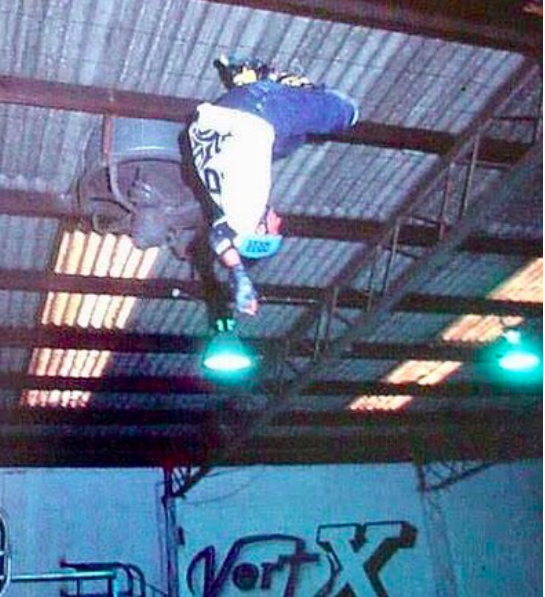 In the early days at Bondi, there was always a crowd. I would do these back flips where I would stall them out half way through, and do a sort of spasm, pretending I was going to crash, but then quickly bring it around and land it. It was always a good laugh, even though a couple of times I actually didn’t get it around in time and crashed; shit happens. But the back flip, as basic as it is, has brought a lot smiles and excitement to people watching all over the world. It’s a perfect example what I’ve always tried to preach; learn a trick n make it your own. I wasn’t the first to do it, but as I perfected it, I gave it my own style.