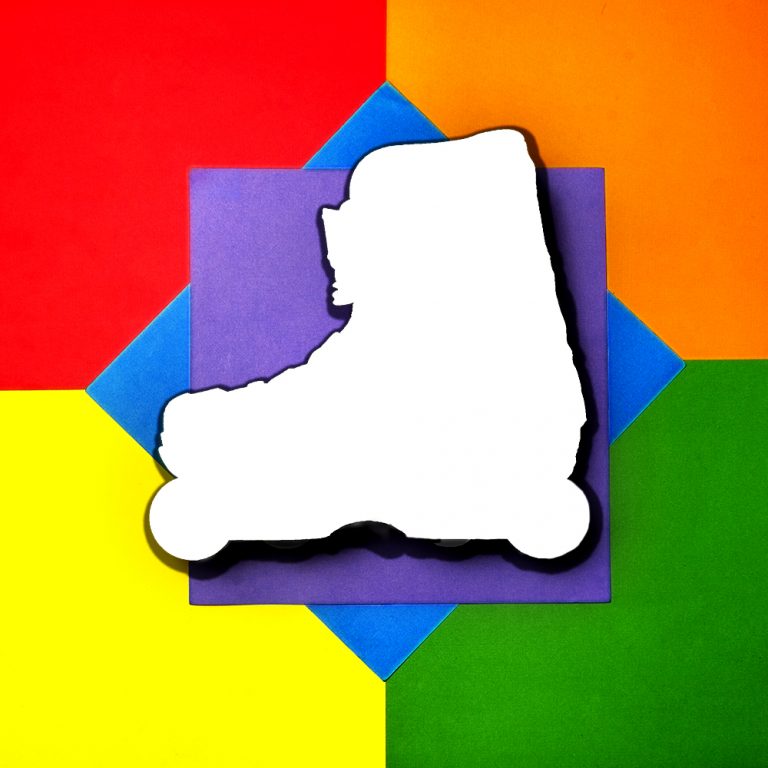 WE YEARN FOR THE ACCEPTANCE FROM OTHERS, BUT ARE WE ACCEPTING OF THOSE IN OUR COMMUNITY? 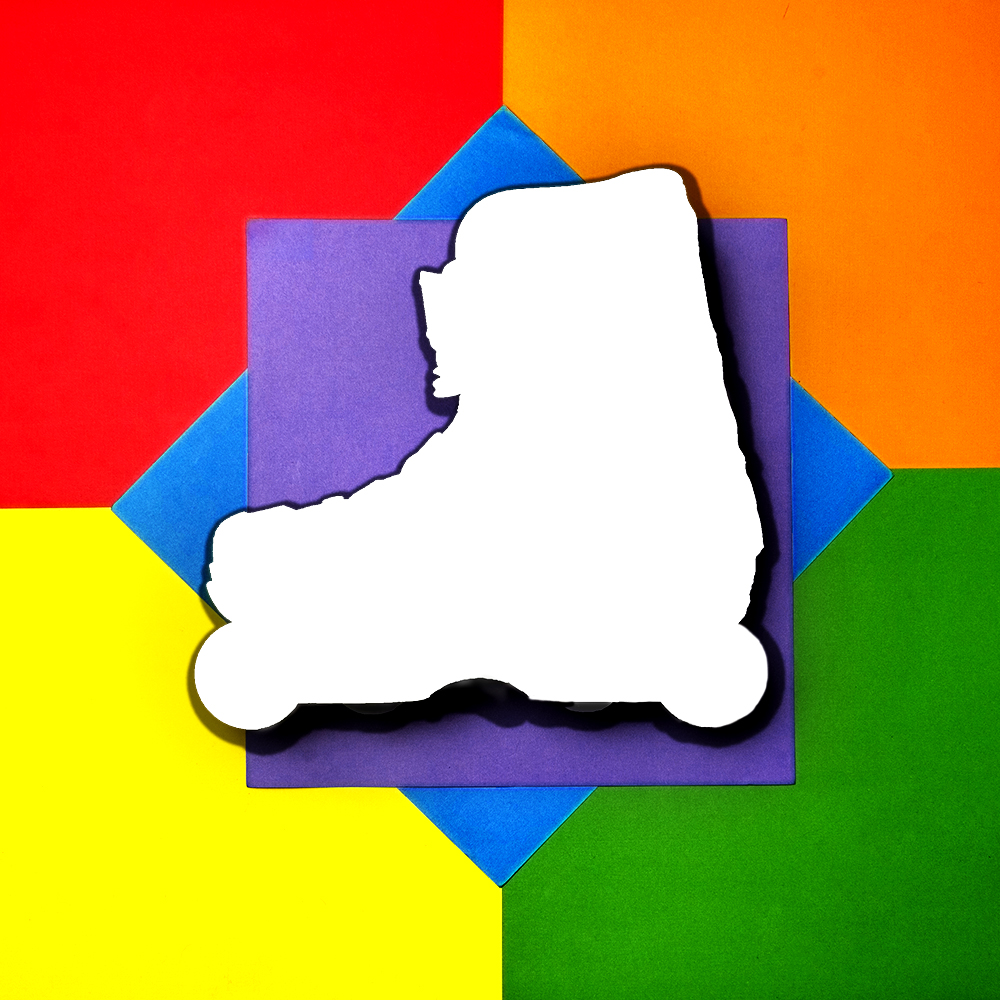 This column, written in a back-and-forth collaboration between Ryan Loewy, Autumn Shambeck and myself, is a reflection on certain issues we recently decided to cover and support, which caused a few ‘concerned’ and ‘good-willed’ people in rollerblading to advise us to consider if running such stories would make us look bad or what not in the eyes of other action sports, whom always considered rollerblading a pariah.

So, what is up with us covering such stories, instead of praising Broskow’s incredible style or Enin’s creativity ad nauseam? We can do that, and some of you will be happy with it, but it’s not the media’s only job to make senseless fodder and feed it to you in an effort to sell ad space. We feel that’s its our job, that we do sometimes more and often times less successfully, to inform, to entertain and to make you think every once in a while. 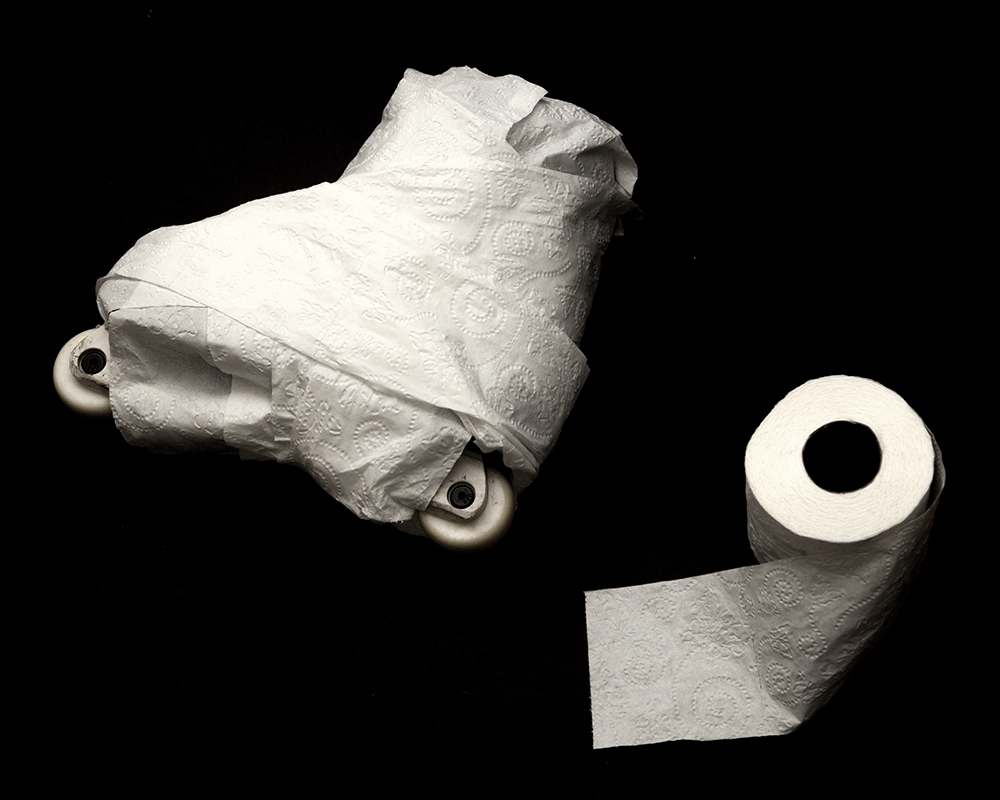 You may ask,  how can a rollerblading media source can be political?

The same way any type of media outlet is political, without directly favoring the actions of politicians or government policies. Just look at a media source such as Fox or CNN, each of which falls on different sides of the political spectrum. By choosing topics and addressing certain issues, or rather by choosing not to write about certain issues, like a sports outlet covering American Football, deciding whether to write or not about things such as Colin Kaepernick’s kneel, each of these sources caters to specific political views, as per the audience they tend to.

So, aside from interviewing skaters, writing about videos, covering tours and competitions, every once in a while, when we get the chance, we try to talk about certain problematic issues within our scene / community / culture / sport / industry, as rollerblading is a synergy of all of these. 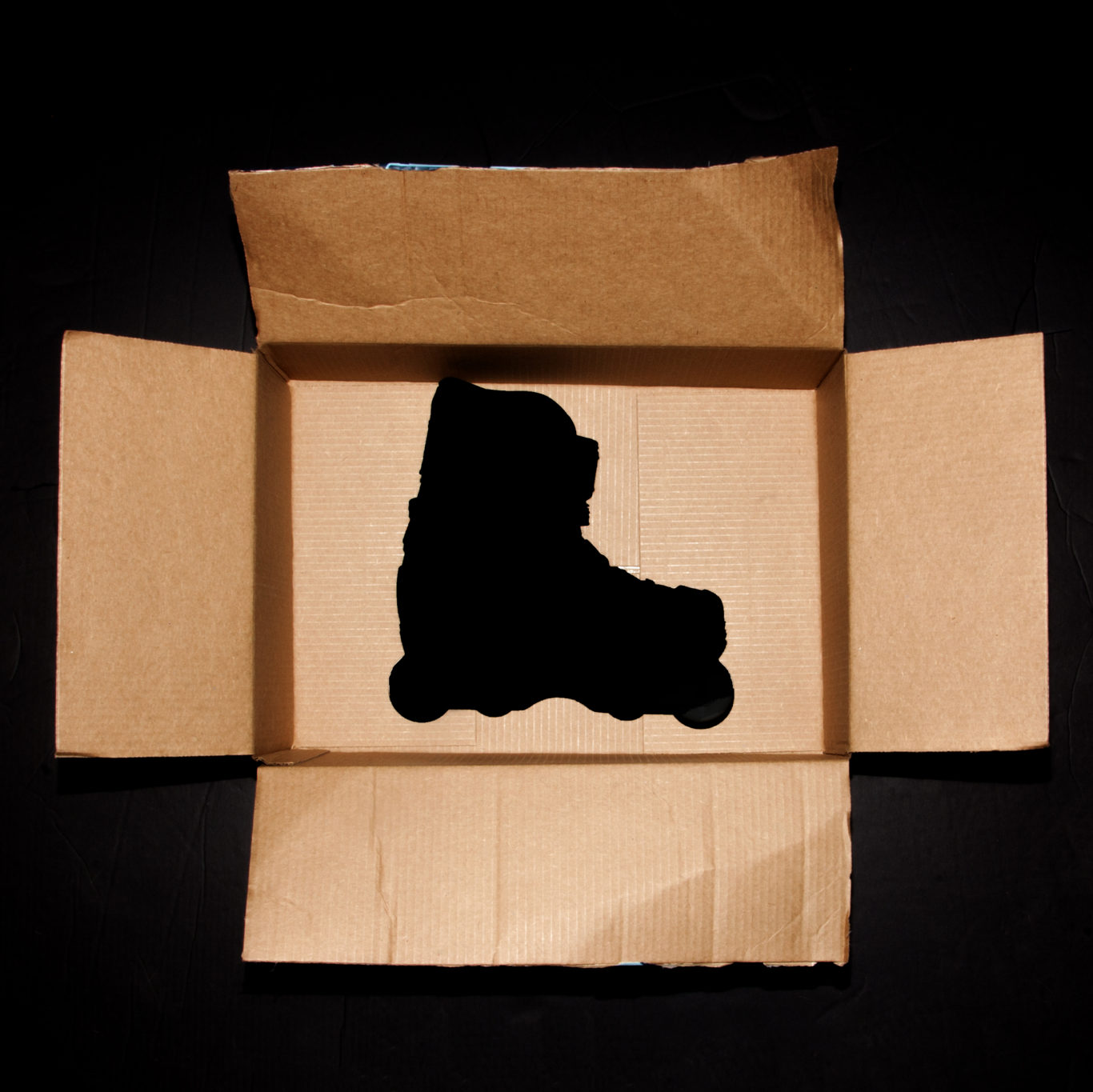 And while we address these issues, we try our best to affirm the values of tolerance and inclusion.  We simply cannot afford to lose people based on their ethnic or social background, or sexual preference.

We are extremely proud to have been the first media outlet to feature a big feature article on one of the most talented, well-versed and nicest rollerbladers ever, Tim Adams, coming out. Once again, thanks to both Tim for letting us into his personal life like that (remember kids, personal is political), and Freddy for the incredible and sensible editorial work on that one.

In every article we write about the women in our sport, we ask them how well are they accepted from their male peers. Mostly, they praise the inclusiveness of their male counterparts, but we have heard more than a few of them wanting to talk about it only if we don’t run it. This is still a huge issue, as we’ve witnessed sexism at events; this is another topic worth covering and examining more.

(Editor’s note: Honestly, we don’t cover the women  of our scene as much as they deserve, which you can blame on both us, as well as the fact that they already, being exposed to the sport’s prevalent sexism and misogyny , don’t even expect anything of us). 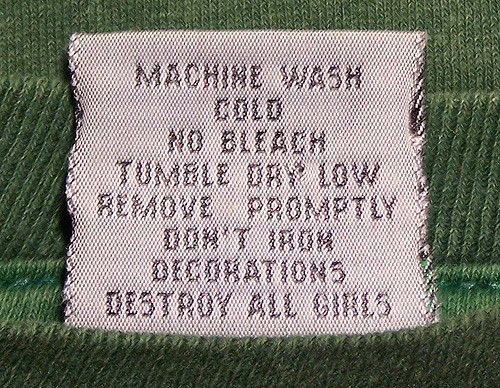 Senate’s “Destroy All Girls” tag not only caused a stir in the 90s, but was a pre-cursor and unsuspecting symbol of rollerblading’s inherent misogynistic mentality.

As Be-Mag is a global magazine, we talk to people from all over, and when talking to skaters that are a part of certain minority, whether it be race, gender or sexual orientation, we sometimes ask them questions about how well they are accepted in their communities in correlation to their white cis male counterparts. To keep it short, none of the aforementioned wish to explicitly talk about the casual bigotry of their peers, merely brushing it off as unimportant.

And among the most misunderstood minorities in society, often cast away even by other discriminated groups, are transgender people. The Western civilization has only recently come to grasp the concept; their mainstream culture has begun to acknowledge the issue, which in turn has enabled the education in regards to their struggle for acceptance.

Well, we at Be-Mag have decided to join the struggle by featuring Autumn Shambeck in a post on our webpage, asking you as fellow rollerbladers to financially support her transition.

And this it the topic that got some people in our scene riled up. In short, that publishing such articles is a huge step back in the acceptance of rollerblading among other extreme sports and communities. And that many of them worked for 15 years to get accepted, not to be laughed or associated with homosexuality and merely  being accepted for who they are. That promoting a transgender person will somehow hinder our marketability, as corporate sponsors won’t touch sports where there is any gender ambiguity, as only straight, white masculinity sells.

We felt it crucial that we aren’t the only ones that voice our opinions on this issue. As straight white men, we have certain privileges we over look, and in that regard, we will never understand the struggle and biases that those of LGBTQ+ community face daily. 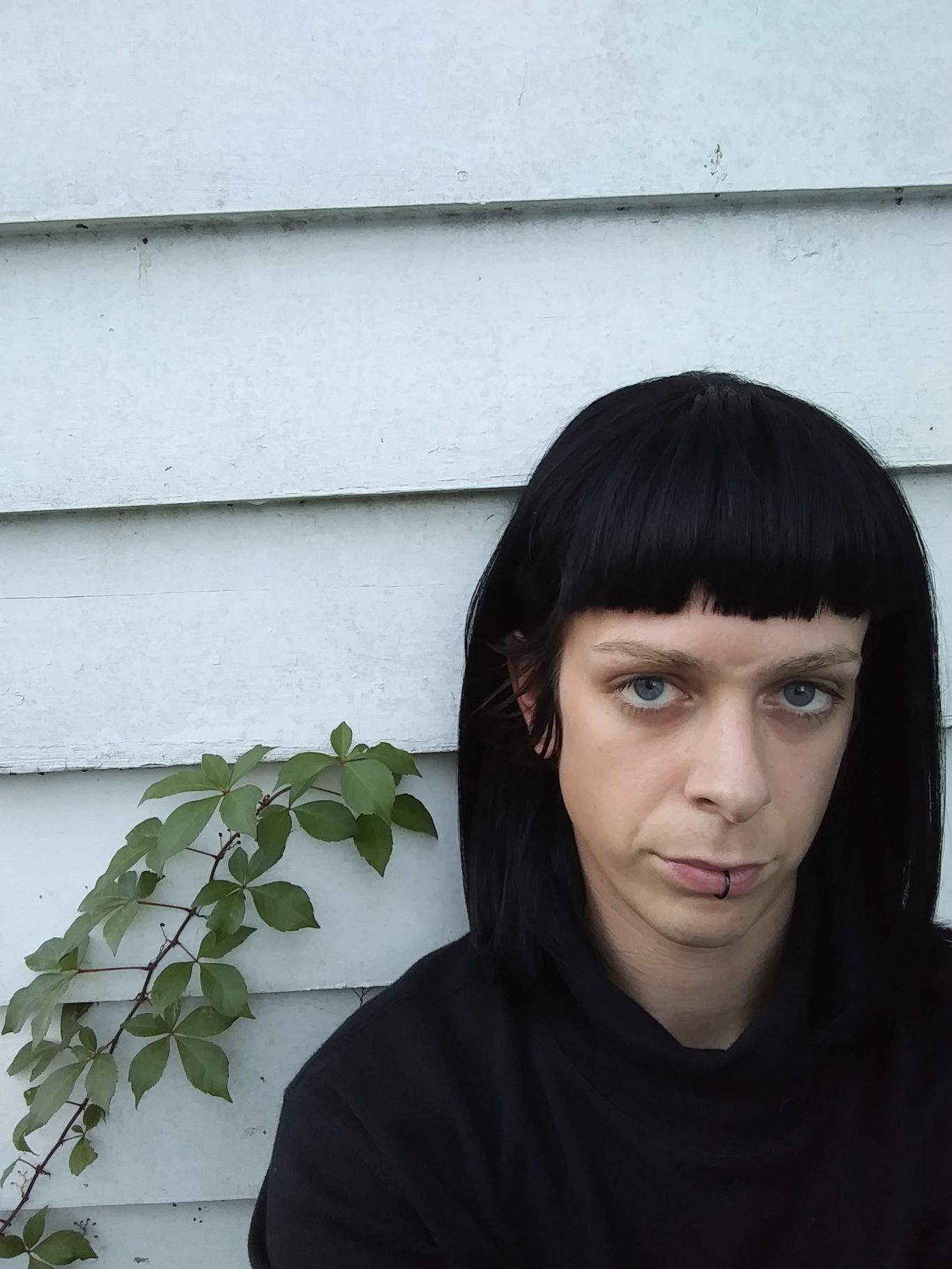 “Aside from this matter directly affecting me, it’s really important for queer folk everywhere” Autumn Shambeck said to
us of the matter. “If I have to fall on a sword to raise questions about queer acceptance in our community, then I am happy to do so. It’s upsetting how fragile people must be to worry about openly-queer rollerbladers damaging how skateboarders view us. Honestly, is this about queer folk tarnishing rollerblading or is this about their own fragility?
Maybe they aren’t aware there are badass trans BMX riders, trans skateboarders and trans scooter riders. I’ve met them;
they shred. The existence of trans folk, and all queer folk, is valid and no amount of heartless toxicity will change that.
Our scene is so small and seemingly irrelevant amongst other sports, yet there is so much dissonance and hate between all of us, regardless of gender identity. Is it not important to adapt and push each others limits, together? Our community’s biggest enemy is itself. We are responsible for losing traction. Not queer people.” 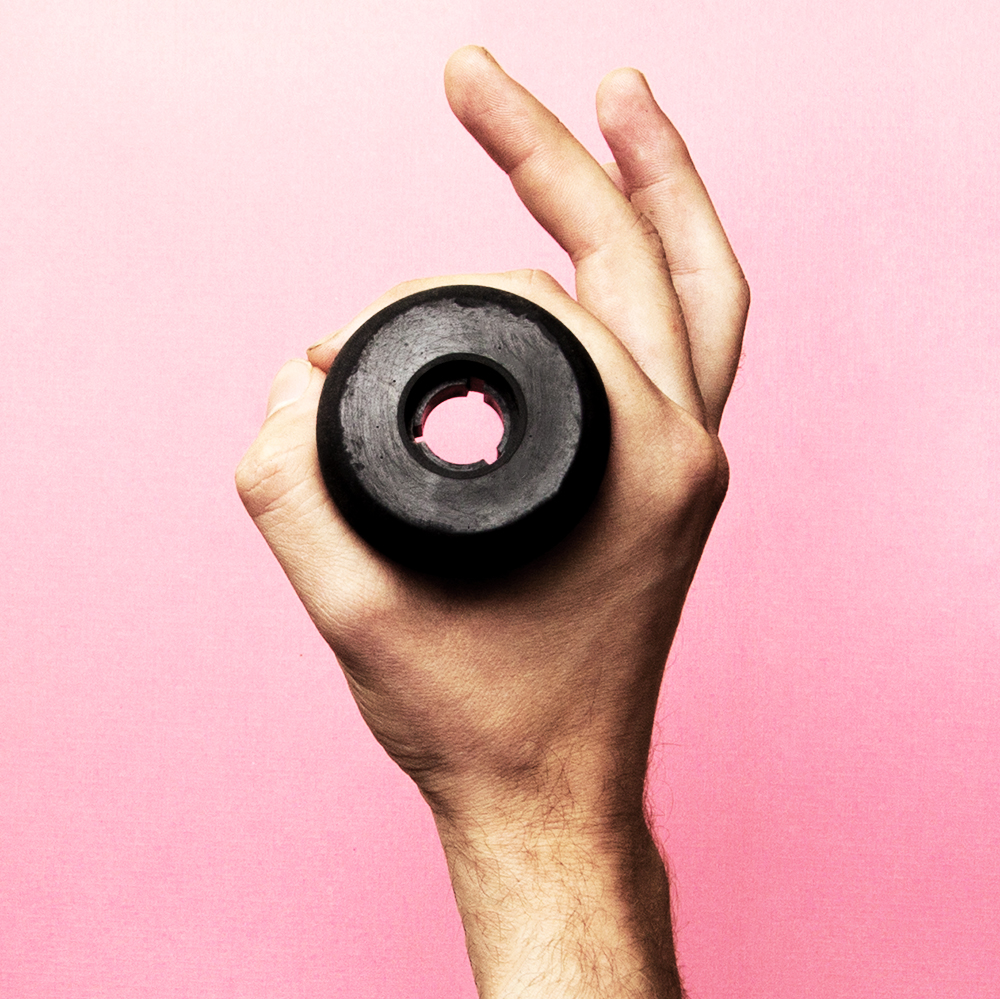 Photograph by Ryan Loewy for Be-Mag
Autumn’s analysis of the situation couldn’t be more accurate. The theory that young participants, who are already burdened by the toxic masculinity shoved down their throats through school and church, will not want to rollerblade if they see a transgender person rollerblading, is insane.

It was even suggested to us that we should have ran through a panel of industry elders and influencers to ask them how they feel about us promoting a transgender person before running the post ( editor’s note: jeez, that one made me laugh)

Well, to all of you thinking like this, you are just plain wrong.

Rollerblading is cool for what it is. And its future depends on the ability to accept diversity. Just see what big wheel and mushroom blading brought to ‘core’ blading. It made it both more technical with people like the Kelso’s or Ryan Parker doing things only people who have a deep understanding of skating will get, and on the other hand it once again made the more athletic skaters like Sam Crofts, Nick Lomax or Joe Atkinson go bigger than ever. Through our diversity, we are richer as a whole.

As a media outlet that lives within a  youth subculture that has been on the receiving end of disgusting bigotry for decades (editor’s note : eat shit and drop dead, Jake Phelps. Dave Carnie can do the same.), we simply cannot stand silent and support the internalization of this same bigotry towards one of us. We have to break the vicious circle of hate and stupidity.

Sheesh, while I hate to admit it, we’re not even the first among our “alternative sports” colleagues to address this issue. Despite their violent and homophobic tendencies, skateboarding did tackle the issue before us, just check out Jenkem mag’s article on Hillary Thompson.

In general, as a rollerblading media outlet, we will continue to support the underdogs as its’s just the right thing to do.

Pants are a different issue, though. 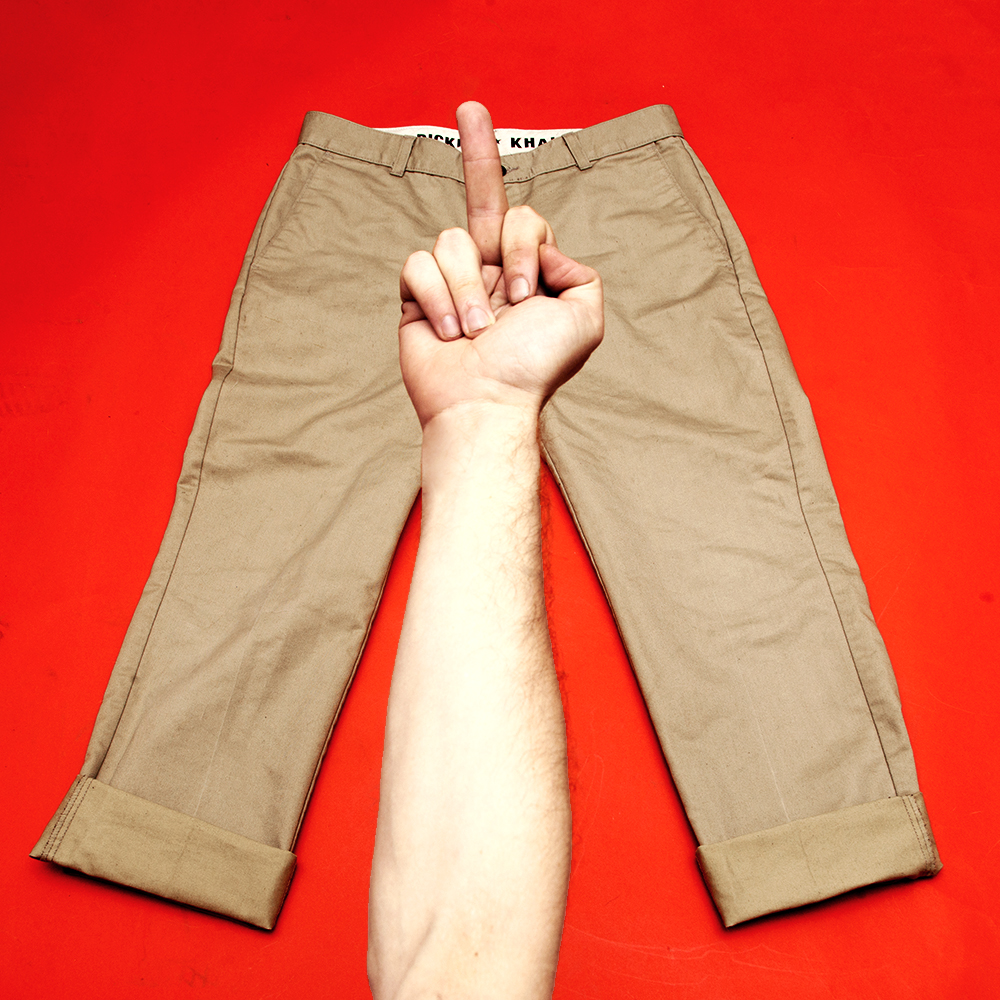 Autumn Shambeck lives and works in Richmond, Virgina for Lamlighter Coffee Roasters as a mechanic repairing espresso machines. You can follow her on Instagram here.