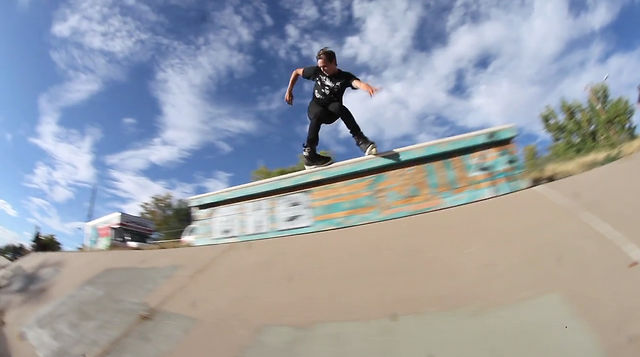 Usually, something like that happens once in a competition. In this case, eight times, clearing a drop-in to flat. It’s not something that words can describe. It also became a place where aged tricks appeared, several from before many of you reading this were even strapping in. And, to add one more element to the mix, two visits from the local police department caught everyone off guard when not only did they let the competition go on, but they witnessed and personally documented on their iPhones Brian Aragon 540 the stair-set over the rail, which was followed immediately by local up-and-comer, Charlie Neou’s stomped misty flip that blew the crowd up. When was the last time you saw a cop throw out a call of props to a blader, let alone one who stomped a misty at a local elementary school?

Well, the entire day really can’t be put into words. It’s something that really must be seen. So, sit back, relax, and soak it in as Luke Bender takes you on a journey through the day that was, The Mile High Battle 2011. The edit was shot, edited, premiered, and streamed the same day as the MHB! Enjoy!