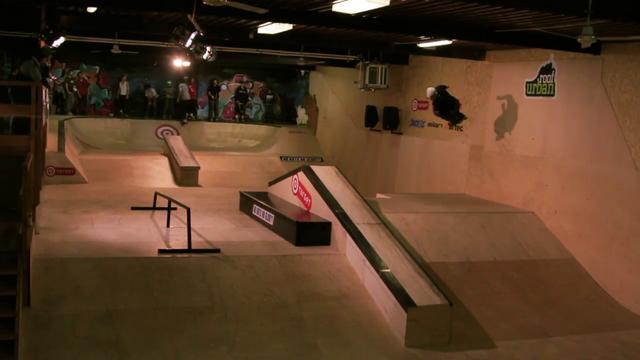 This year BRS brought together ten of the best events in Serbia, Hungary, Croatia and Slovenia. At the same time, these are the first country members of the BRS. In the next period, BRS goal is to expand by adding more quality events from other countries like Romania, Bulgaria, Bosina, Montenegro and Greece.

All BRS events were also part of WRS as one star events, except the final event which was ranked with two stars.

Past weekend we held the BRS Finals powered by Snickers in brand new indoor skatepark in Ljubljana (capital of Slovenia). The event was open also for countries that did not participate at the BRS and so we hosted the riders from Slovenia, Hungary, Austria, Croatia and Serbia. Overall only 30 riders competed at the finals, but the level of skating was really amazing.

In qualifications we had 5 minutes session with 4 riders. Best 8 advanced to the semis where each rider got one minute run and the finals was again a session of 4 best from semis. The atmosphere was rising in semis where riders showed some massive 900s, all sorts of »spin to win« disaster tricks and some huge wallrides and transfers.

In the finals we saw a battle of two best Slovenians against brothers Hadiomerspahi? from Croatia. Tin Hadiomerspahi? once again proved that he is currently unbeatable in the region. Tricks like disaster 540 truespin acid, disaster 450 back savannah, 360 soul 540 out on the big coping and some crazy spins on the jumpbox made the spectators went crazy.

As the best skater form Balkans Tin collected enough points to qualify to WRS World Finals. He is already on the way, so pay attention on him as he might beat the best riders from WRS list!

At this place i would like to thanks everybody who helped out and made BRS and the final event possible, especially to Slaviša ivkovi? for all his effort!