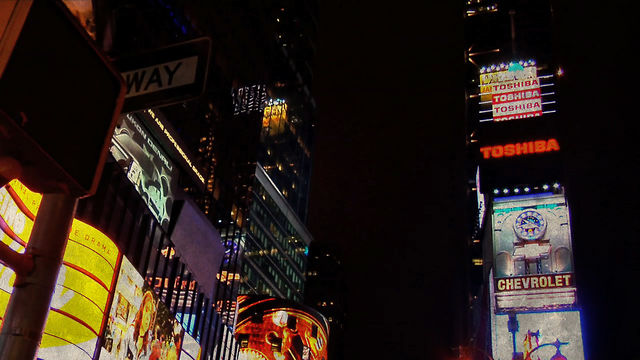 What inspired you to take on doing a comp like this? Who is working with you on this project? When was the idea born?

Well, I’ve had been wanting to do a competition for a few years now. Since the IMYTA series, I felt like blading was missing that powerful energy that comps used to have, so I wanted to try and bring that feeling back. There’s a lot of people working on this with me… Mainly Daniel Kinney, Ray Mendez, Kyle Sola, Brian Lewis and all of the contributing sponsors.

The NYC Street Invite is associated with the WRS, what ranking is this comp going to be?

I’m pretty sure it’s the highest ranking possible for a blade comp.

There are 40 competitors that have been invited as well as 5 wild cards. How will the wild cards be determined?

We’ve been discussing a few ideas regarding that and will be releasing that information later on in the month.

How will the comp be judged?

Whoever skates the best will win.

Let’s talk about location a bit. I had heard that you rented a space under the Williamsburg bridge and will be building some obstacles. Care to elaborate?

For this event, we wanted to have a street competition without the hassle of traveling from spot to spot in between rounds. While looking for a location, we realized that it would be a huge pain to find a space that could facilitate the amount of people we wanted there and have the spots to provide for an exciting comp. Since we found out how difficult is was to find that, we figured that we would just bring everything to the location. Companies who choose to sponsor this event have the opportunity to sponsor their very own obstacle as well.

What do you expect from the contest tick-wise? Does the location with its added obstacles cater to a diverse competition where not only grinds are the main focus?

The obstacles and the format of the comp will make this event stand alone. It will be like a street skating session on new and different obstacles, with the best street skaters in the world trying to skate their best on it. It’s going to go off.

I noticed alongside Create Originals, a company named Bernal Heights Collective is sponsoring the event. What service does this company offer and how do you fit into the whole thing?

Bernal Heights Collective is the main sponsor for the event, as they are putting up 10k for the prize money. The owner, Johnny Batista and his girl Dawn Everett, are very active in throwing blade events. Earlier this year, they sponsored the Kind Grind Classic, a local comp for bladers that live in the bay area of California and now this. If you guys have been skating for a while now, then you’ll remember that Dawn was a very active pro in the late 90’s, skating pro for Roces and other prominent companies of the time.

Who are the other main sponsors?

The rest of the money for the obstacles and production is coming from blade companies, all of whom will be listed and confirmed later on this month when everything is finalized.

Can you explain to anyone that is still hesitating to attend the event why they shouldn’t miss out on it?

The best skaters in the world, in the great city with unique obstacles designed solely for blading that’s 100% legitimate. This comp is gonna be awesome. Don’t miss it.