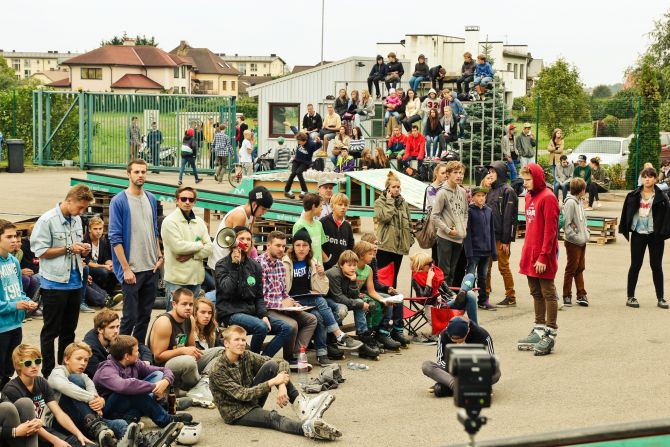 At first A.L.N.I.S was street contest and was organized by older generation dudes who all have serious jobs now and for last few years me and Kaspars Alksnis took care to make it happen and we are the ones who have to continue this. So this was the third year when we make this street/ghetto skatepark. In 2011 we just tried out how it would be to make our own playground which would be super close to skating street. So this year we made a sick ghetto park which was maybe too much of a skatepark but that doesn’t matter now, because it was better than ever. Everyone skated hard and pushed their own limits. It was amazing to see so many juiced people.

Next year we ARE returning to streets to make it like it was at the beggining, just better. So thank you everyone who showed up and if you want to see how THE Latvian blading scene looks like and just have loads of fun just come visit us next year for the greatest street contest in Latvian blading history – A.L.N.I.S 2014!!!