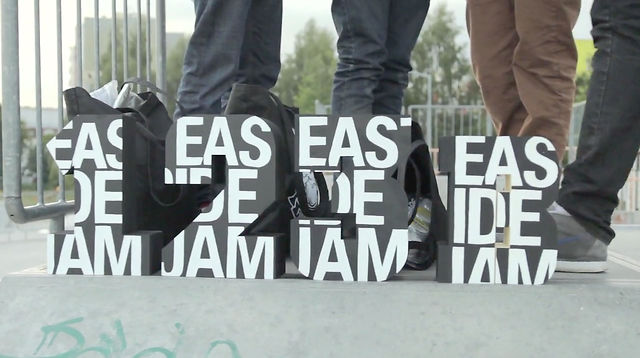 Once again the organizers, known as East Side Group, had to make some tough decisions regarding spots and other matters. The weather also did not look too promising. However, after the last trick was landed on Saturday evening, everyone felt accomplished and in relief. It didn’t rain, we didn’t get kicked out from any of the spots, and amazing tricks were landed in front of a huge crowd.

I should also mention the falls. The skaters truly pushed their limits, which resulted in a good bunch of injuries. Luckily none of them were too serious, and everyone was in shape to attend the after party. Which is also another tradition after all those years – the party didn’t stop until the sun went up.

I would like to thank everyone who was involved in the idea of East Side Jam, whether as an organizer, skater or spectator. See you next year!