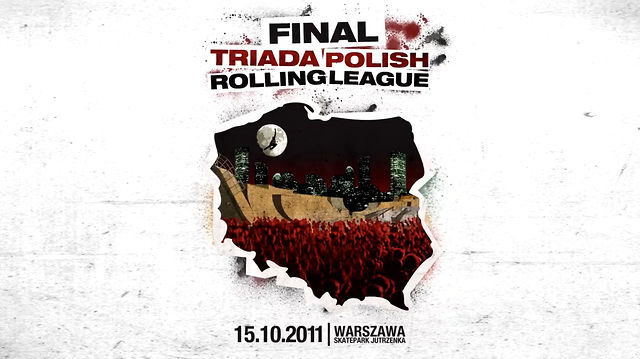 The Jutrzenka skatepark has been a notable spot for skaters since the old school days. Located in the capital, it hosted many competitions and helped many talented rollerbladers develop their skills. The regular set-up was changed a bit by adding some new obstacles just before the finals, which brought more possibilities for some fresh tricks. It was a cold day, but the weather didn’t stop over 80 skaters from competing; and a broad audience from showing up and having a good time.

The competition, just like the whole league, was divided into 4 categories: Girls, Junior, Senior and Masters. One notable thing is the number of competitors in the Junior category as it was quite big. The organizers chose to do a single run contest, which favored a fluent and consistent use of the whole skatepark. The skaters didn’t disappoint, it was a pleasure to see everyone push their limits. The competition, and the whole league was won by Piotrek Combrzynski in the Masters category. Knowing that he spent a good portion of his childhood at that skatepark, it wasn’t a surprise. The girls’ champion turned out to be Grazyna Wratny and Eryk Muszynski took the Senior category. They can all be recognized as National Champions now, which surely helps our sport look more legitimate. The league is now over for this year and it left us all with a feel of accomplishment and anticipation for the next year. Hopefully things will grow even further next year, as it seems we are on the right track.