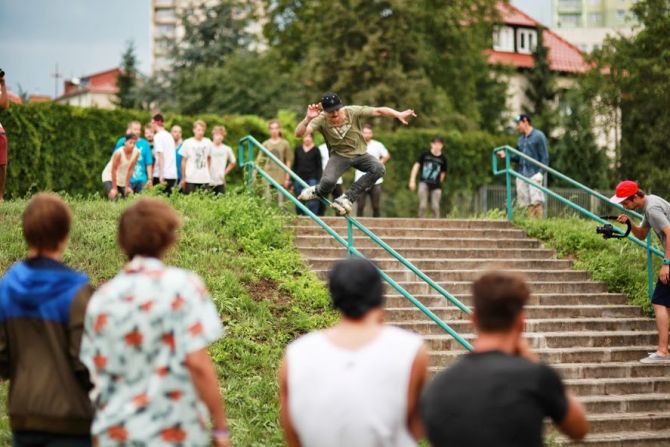 Write-up and edit by Michal Lewandowski of mvideos.pl
Photos by Agnieszka Szkabar

On August 8 there was a contest Battle My Crew-style. Junczyslawy Crew with members Radzik, Gufi and Kuba Malecki won. Team BOSH Szczecin with Michal, Tomasz Lewandowski and Czad placed second.

On August 9 we crowned the best rider of a certain spot. That award went to Lukasz Kazmierczak!

On Saturday, August 10, there was the main competition as part of the Polish Rolling League. On that day, all the riders were skating at 100%.

The ending to these few days marked the official after party with the premiere of ‘Valo V’ at the club Elefunk. There was great atmosphere and hammer tricks! See you next year!