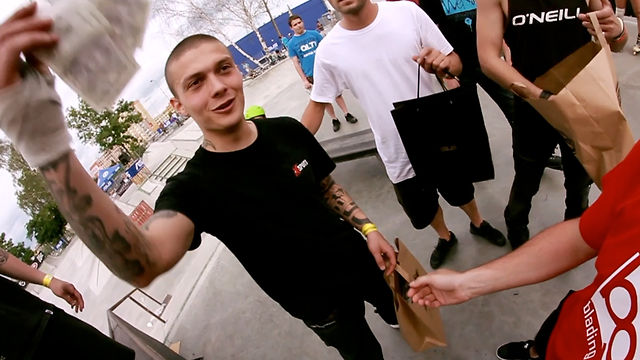 Over 50 riders all over the Czech Republic and Slovakia registered for the competition, included blading legends like Jara Mrstny and Martin Darnadi. The crowd of spectators was as great as the atmosphere.

Competition rules were simple: A skater had to use every obstacle in order to achieve a good ranking. Trick level was really high all day. From hard technical combinations to brutal spin-to-win 540° kind grinds, 360° outspin top acids etc.

Final fight at the final spot was between Honza Puchyr and Tomas Odlozil. Both of them showed the best of their skating skills. At the end the judges decided to give the first place to Honza Puchyr for his brutal and pure tricks and skills on every single obstacle. Second place and best trick won Tomas Odlozil who skated close to Honzas trick level throughout the day.

We want to thank everyone who shared the atmosphere with us, who enjoyed the whole day and celebrated every landed and not landed trick. See you next year!