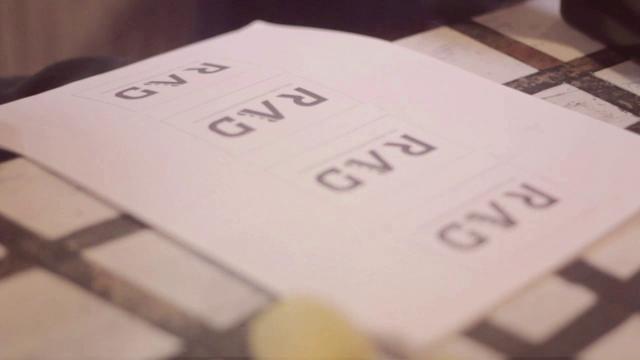 In recent years Pony Cup has become the Danish indoor championship. Despite this keeping the good times in focus and making room for lots of skating with people from all over Denmark, Sweden, Norway, Germany and England.

Nykøbing has one of the best skate parks in Denmark. It’s not a big skate park, but when you’re done figuring it out, the possibilities for lines are endless. Most importantly it’s made to fit both bladers, skaters, scooters and cyclists. In Nykøbing this mix possess no problem and there is no beef between the sports. This is really cool and offers the best circumstances for a good competition.

Casper Cordua hosted the event again this year, and once again did a really good job at it! This year’s Pony Cup was also the event that officially started Rollerblade Association Denmark with about 50 members right from the start. So look out for R-A-D and our Danish events In the future!

In recent years a good deal of young skaters has emerged into the Danish scene. It’s amazing to see the young guns go all out and make skating look good. Among many great junior skaters, the three best were Mathias Johannessen, Jack Ekholm and Theodor Reumert. Mathias is one of the local skaters who skated the park as if it was his own, skating cool lines and making huge airs with his hands in his pockets (almost). To name just one trick, he did a super high zero-spin wall ride in the bowl at the back end of the park. His skating made him the # 3 in the competition.

Jack Ekholm had travelled all the way from Sweden – for a very good reason. He skated with an unfazed “cool” style, doing fishbrains like pro. An unimpressed kid with plenty of style and skills. That made him achieve second place. Our local hero Theo “Doom” (Theodor) just gets better and better every time he puts on his skates. His skating at Pony Cup had a consistency of a senior and his grinds and airs were unmatched by all the other juniors. Moreover he was smiling all through his runs, making it all seem easy and fun. Congratulations to this year’s Pony Cup winner and Danish Junior-Champion: Theodor Reumert!

The new Danish Champion also made a great comeback! After a year off – due to surgery in the knee – Jacob Juul is back! Huge transfer truespin-mizou from the bowl to the park’s steepest grind box, with a rusty rail and a landing so narrow that hang-ups surely would end fatally. In the world of Jacob, there is no room for mistakes. Actually it seemed that a year’s break from rollerblading has just made his skating more condensed and focused. Some of his biggest stunts – just to name a few – probably were a giant fish brain stall on the top of the scary 5 meter high wall. In addition, a giant horizontal, almost upside down, soul stall 270° out, 2-3 meters above a small ramp in the back end of the park. This trick was one of the best of the day, if not the best! Juul’s Pony-comeback sent him straight back as the Danish Champion and a worthy competitor to the other international skaters at the event!

Jojo Jacobi from Germany was one of the greats at this year’s Pony Cup. Jojo is humble about his skating, but he is one of the best skaters in Europe. Being busy with Wintherclash and Summerclash, and promoting other’s skating. His own skating is often forgotten. If you were at the Pony Cup you were witness to Jojo’s great skating. Not only because of his skating, but because of all the things he brings to skating as a whole. He did a transfer grinding up the rusty steep grind box, jumping 2 meters all the way down into the bowl going on to a giant wall ride, over the gap again, grinding the same box back. All this just after asking – as guest of honor – how much he owed for the entrance, and if he could become a R-A-D member. In addition a giant air half a meter above the 5 meter high wall straight onto a long 360° all the way across the box from the opposite side. Then after a long extension of the final he was the one asking us to stop the competition. Because he knew from countless competitions that people were now too tired and would soon begin to get hurt. A great skater, with a big heart for Rollerblading.

We had the great honor of having the Razors rider Alex Burston showing up at Pony Cup this year. He is one of those skaters than can skate everything well. Insane grinds, huge airs and spins. In other words, one of England’s best street skaters! At Pony Cup, he did a huge 540° flatspin on the large spine at the bottom of the park. A crazy backside U.F.O all the way across the grindbox on the acid-drop side. Truespin topsoil 360° out up the acid-drop rail. His level of skating was simply beyond the other competitors. Skating all over the park, doing tricks so technical and crazy that he earned the prestigious Pony-trophy.

Alex was really fond of the competition and said that the atmosphere around skating in Denmark was really great and that he looked forward to coming back. So do we.

For more info on the Danish blading scene visit RAD