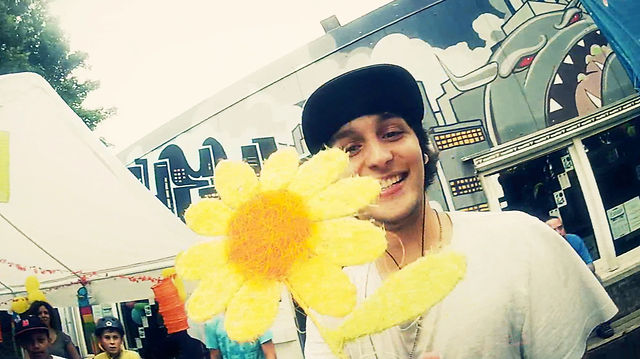 On Weekend 4th and 5th of August 2012, the I-Punkt Skateland in Hamburg held its annual “Sommerfest”, with hundreds of kids bringing their decks, bikes and blades for two full days of contests, fun and wurst-madness. Local rollerbladers and shredders from northern Germany gathered on Sunday to challenge each other at Limbo, Best Grind, Best Trick and the infamous Bowl Contest. About 50 bladers signed up and sessions that were seriously juiced up went down at the in- and outdoor obstacles.

Even though severe hangovers troubled the hosts for quite a while, they really pulled it off nicely. Thanks Assia and Jürgen!

And what was it I was complaining about? Right. I attended the bowl contest as oldest blader of the pack and struggled through my 45 sec. run, with minimum oxygen-level inside the skate park, slipping on the heavily waxed coping. Sure, it was fun to compete again, but I payed for my lack of preparation. Resulting in pulling myself together hard to keep up with my girl later that night. But come on. It’s ya girl.