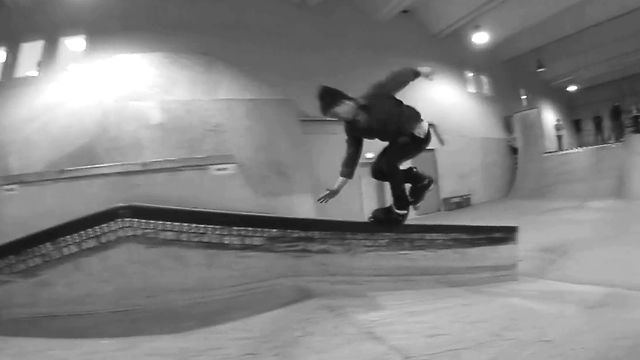 The event could welcome some of Germany’s best skaters like Dave Mutschall from Berlin, Denis Wolf from Chemnitz, Miro Kolb from Berlin, Patrick Dressler from Dresden, Daniel Gruß from Halle and Sven Hausmann from Chemnitz. Traditionally the event started with an ice-breaker to losen up the crowd: A race with a start and a finish line, which is different and a lot of fun for everyone. Winner of the this derby was Patrick Dressler!

After that it was all about open session which was mostly concentrated at the central pyramid ledge with its good and fast run ups from both sides. Some really good tricks where pulled and the mood was accordingly cheerful. The session then launched an even higher frequented Best Trick Contest with instant reward out of the box. The above mentioned skaters really raised the bar here with creativity, speed, style and of course difficulty; simply fun to watch.

Of course I’m not gonna forget to mention that others did pretty well, too! Rene Leonhardy from Bamberg for example is someone who rather waits for a chill moment and then does some stuff nobody would think of in the first place; like ripping some topsides up the new ledge which is just really high and steep. The other one is Björn Ziemann, a quiet guy from Berlin who laced an text book Hurricane Topsoul on the pyramid squared ledge – why not?

To sum it up, the event was fun for everybody, the level of skating was great and the vibe was good. What else do you need to finish a year? Thanks to the sponsors Hedonskate, The Conference, XWD-skate, Connected Inline and Be-Mag. See you next year with new features and one size bigger.