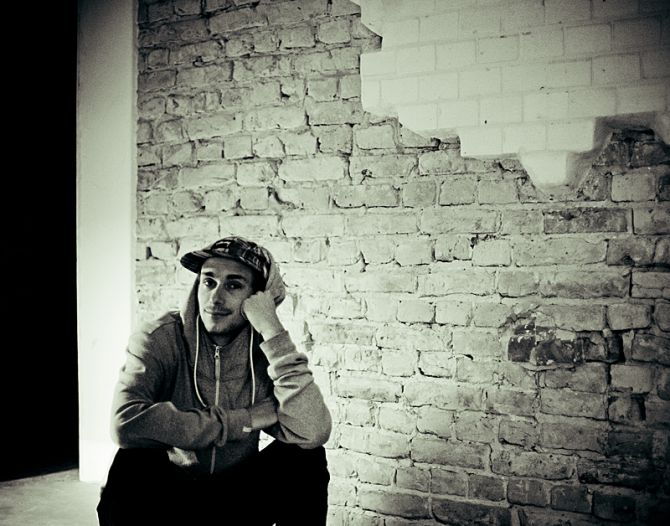 #1: Winterclash 2010: When Sven Boekhorst landed his 450 Farv to Topsoul and the Dutch Crowd started a wild party. That was the only moment I stopped worrying about our future with the event and personal wise. Really intense and made all the trouble worth it.

#2: Winterclash 2011: I was up in the tree house “DJ-ing” for a second and had fun with the Dutch buddies and then my very close friend Dominik (Wagner) started to flow the park and I realized that there is a possibility that he might win this whole thing. I was so hyped this moment and couldn’t stop smiling. I got so excited that I almost fell down the stairs on my way down.

#3: Winterclash 2007: Michael Leibner won the Amateur competition that year. I grew up and started skating with him and we went on our first travels and shows together. I was in the middle of the crowd and was screaming like everybody else. Intense moment because also the Event MC this year was Martin Deile who was teaching us to blade back in the day. For a second it felt like “the City of Dresden is ruling the Rolling world!”

#1: Winterclash 2010: It was Friday evening. The facility manager came into our production office and showed me the numbers of Weekend Passes and Day Tickets we sold this first day. Even though I knew it before, I still had hope till this moment. But when he showed me the numbers it was the first time that I could see on paper that the coming few years for me personally would be fucked! I can’t even describe the feeling I had. Having everybody telling us how sick the event is, and at the same time knowing that we fucked up big time.

Winterclash 2010 was held in a big arena in Berlin and the original plan was to attract a huge non rolling crowd. Loads of promotion was done all over the city and the event production itself was also way more expensive as the events in the past years. In the end “only” the same amount of Rollerbladers like every year showed up, but not many other people. That’s why the organization lost loads of money.

#2: Winterclash 2009: After everything was over, I was functioning the whole time while everything was running. The fire, the move to Eindhoven and the event itself… Everything was going according to plan – as much as it can in such a situation. But a couple of minutes after everybody left the skatepark I had a break down and it hit me so hard that I couldn’t walk, talk or do anything for at least an hour. Thanks to the people who helped and cheered me up in this moment!

In 2009 the original event venue in Belgium burned down just one day before the event was supposed to happen. Winterclash got moved to Eindhoven, Netherlands and in the end the event went down without many problems.

#3: Winterclash 2008: I got a call from the local hospital and the main doctor was asking me what kind of event it is that we are having. He just had a guy with a possibly broken back, but before he could check him, the guy walked away again because he wanted to be at the event. Couple of minutes later he had a girl with an Ecstasy overdose (that’s what he assumed) walking out of the hospital through a closed glass door. Just some minutes later somebody told me that some skaters burned down a car in front of a hotel the night before and just in that very moment we had a couple of hundred people too many in the building according the German law. In that moment I felt like we totally lost control and I was so scared that something really bad would happen. Luckily it didn’t!

Top three Winterclash competitors that attended the event often and amazed you:

#1: Erik Bailey: Every year up for a great show. Never chilling too much at competitions. True professional!

#2: Brian Aragon: Every year up for a great show. Never chilling too much at competitions. True professional!

#3: Matthias Silhan: There since day one and always up for some good skating with a smile on his face! Always happy to see him at our events!

#1: »Everybody is here. Everybody. Like everybody in Rollerblading is out there right now!« -Jeremy Stephenson

#2: »So many people out there, showing you that Rollerblading is far from being dead!« -Mike ‘Murda’ Johnson

#3: »I tell you to make an effort at least one time, because it’s definitely a once in the lifetime experience. It’s going to be worth it« -Chris Haffey

What do you have to do to enter the ticket raffle?

Your task is simple. All you need to do is answering a question and write your answer as a comment below this article.

This is the question:

What was your personal best Winterclash moment?

Only comments of registered users will be considered for this competition! If you want to take part in this ticket raffle, but are not yet registered on Be-Mag, you have to do it now. Register here.

The competition will end this Monday, the 21th of November 2011. We will contact you through PM on the msgboard and also hit you up on the e-mail you used to register your account. It therefore is important that you use a valid e-mail address you check often!