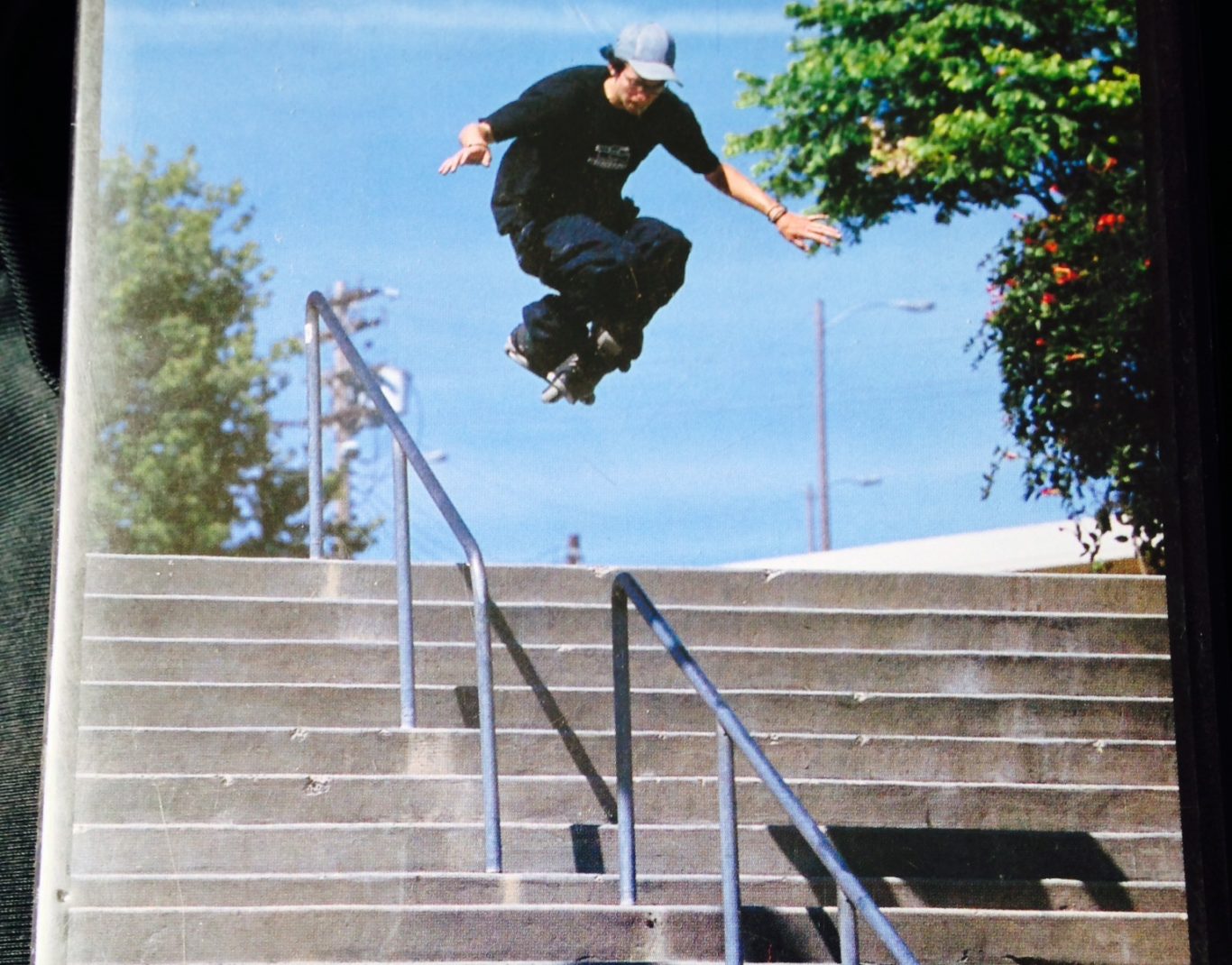 For Your Consideration: What Your Mouth Can Teach You about Style

There exists out there in the wide universe some tacit premise or perception that style is an entirely subjective thing that varies widely from person to person—that objectivity and style do not overlap in the slightest*. In the next few paragraphs, though, I’m hoping introduce a crack into that dam of thought by suggesting a prominent site in (rollerblading) style in which objectivity can be seen with crystal clarity.

Let me start with an example somewhat far afield from rollerblading: phonetics. Phonetics (briefly) is the linguistic science that deals with speech sound production in humans. But, to be clear, it’s a great deal more like the study of anatomy and a great deal less like some parent or schoolteacher prescribing to you the “correct” way to pronounce words.

In the United States, we have a radio station called NPR (National Public Radio). It is akin in many ways to Britain’s BBC or Germany’s ARD.

The relevant thing for us to be concerned with here is the way many Americans pronounce the station’s acronym because it can tell us something very useful—believe it or not—about rollerblading.

See, when a linguist observes the differences between certain sounds, they look to the anatomy of the mouth and throat to see what’s doing what. Normally, when an American pronounces the “N” sound, the tip of the tongue touches (very briefly) the roof of the speaker’s mouth to halt outward airflow. Alternatively, the tongue does not touch the top of the mouth when pronouncing the “M” sound and the sound resonates outwards through the vibrating (and closed) lips.

In the picture above, the tongue moves to position number 3 for the “N” sound, but to a position more like number 2 for the “M” sound.

Somewhat curiously though, a lot of Americans don’t pronounce NPR by starting with an “N” sound. We pronounce it in a way that sounds a lot more like MPR, or, if you like “impiar.”

This kind of phenomenon occurs in most of the world’s languages, but it happens in this particular way in the American English dialect for a couple of reasons. First of all, there is no MPR station (or other familiar acronym) that we might be confusing it with. Second, and perhaps most importantly, the anatomical transition from an “N” sound to a “P” sound is rather abrupt: the “P” sound happens with the lips at the front of the mouth and wants the tongue held out of the way in order to make the correct sound appropriately. So we can imagine that this shift in the pronunciation from NPR to “MPR” by many Americans is to help themselves accommodate what’s about to happen—namely, production of the “P” sound.

We see the very same phenomenon take place when we engage in the familiar act of reaching for a coffee cup or teacup. Suppose you are sitting down at a table with your hands resting on the table or on your lap. At the exact moment you decide to reach for the cup, your hand automatically takes a certain shape in preparation for how you’ll grasp the cup. I typically hold my coffee mug with my first two fingers, and, predictably, every time I reach for my cup those two fingers jut out in anticipation for grabbing the cub in my own particular way. It’s my brain’s way of doing me a favor by getting everything ready in advance for something it knows it’s about to have to accomplish.

In rollerblading, we do the exact same thing when we jump into a grinding stance. 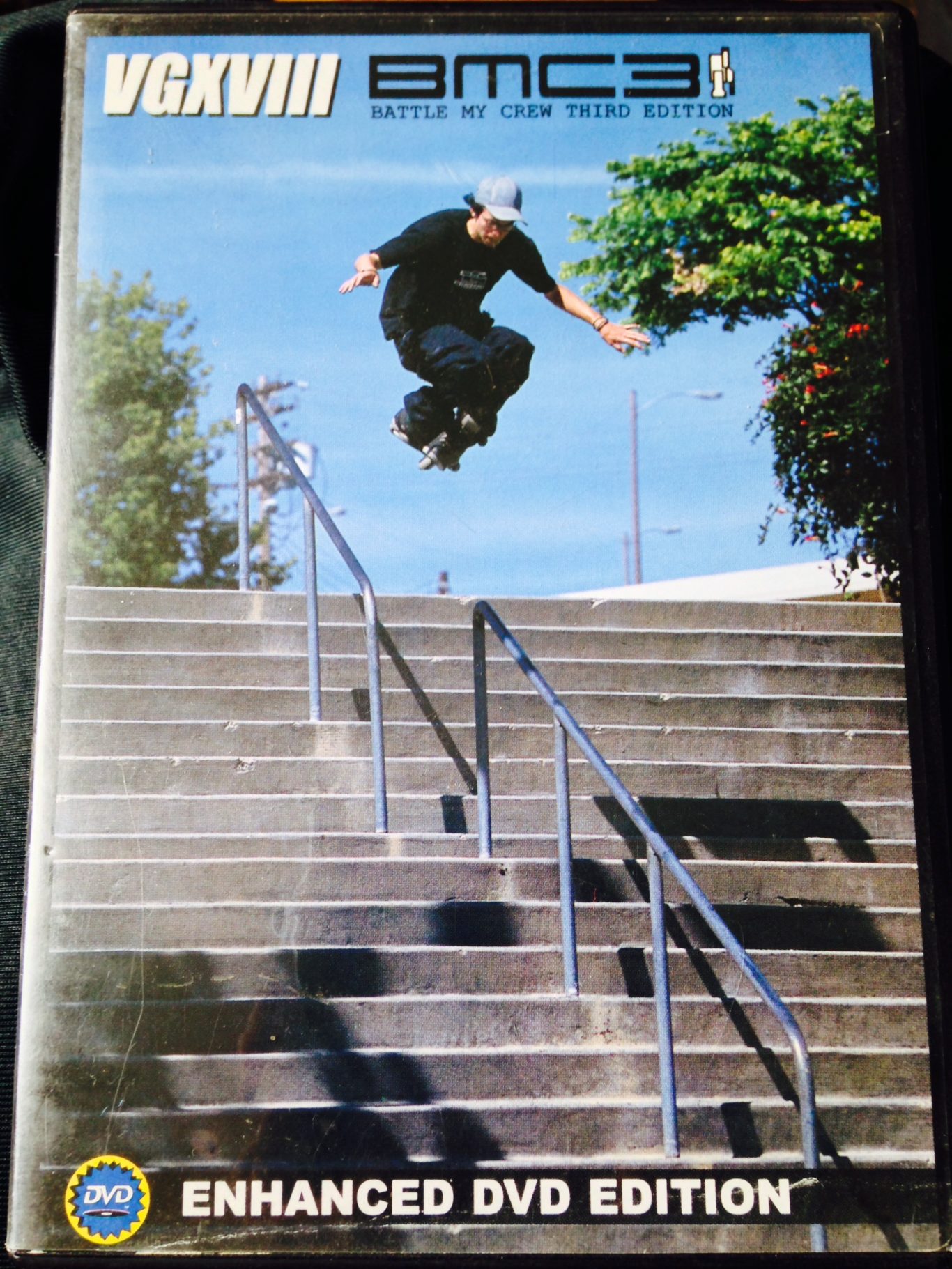 My point, then, is that we can understand “good style” here in a pretty objective way. Style, at least in so far as a “jump on” is concerned, correlates exactly with how well the stance is assumed in mid air during the moments prior to locking on. Style then, at least for this portion of a trick, is a measure of the brain’s ability to act successfully (or not) as a butler getting all of your business in order prior to you needing to accomplish something. It also supposes that a solid instance of “locking on” is preceded by and equal in precision to the stance immediately above the rail. In other words, if your shit is sloppy in the air, your lock-on is probably going to be shitty too.

So, for a soul grind to appear stylish—at least in the beginning—the feet should already be “soul” position above the rail prior to jumping on to the rail. The same can be said of all tricks, though it seems to me that this principle would probably be doubly true of “nugen-,” “torque-,” or “fahrv-” based tricks because these, more than some others, require some exaggeration of the stance that may also require (or at least be aided by) some amount of resistance against the object being grinded. So if you can get your torque foot “all the way torqued out” in the air ahead of time, I will say that, objectively, you have jumped on in a stylish way.

The objective goal, therefore, is to NOT do a lot of moving around and adjusting once your feet get to the rail. This is probably why tricks like the “shifty”—a makeshift means of doing royales by doing a frontside and THEN bending the body back into a royale posture—went by the wayside so many years ago.

Another thing to note here is that this principle of style does not make any comment on the specific angles (or positions) the feet take while actually grinding—provided that feet established that position beforehand. For example, some people do front torques in a way that more closely resembles a fishbrain than an alley-oop makio. Some people royale in a way that looks more like a kind grind than a soul. Those things, it would appear, are still subject to the realm of subjectivity and are, therefore, not of any use to us here.

Finally, I’d like to add that this apparent principle of style seems particularly useful because of its dual nature. On the one hand, we can use it in a “generative” way that can be helpful to us all as we try to “tidy up” our style. Additionally though, and on the other hand, we can use this principle to analyze the style of others. It’s like getting two metrics of style—one of production, one of analysis—for the price of one. It also seems like a useful place from which to launch an explosion of style analysis, rather than limiting ourselves to the familiar territories of trick and dismount.

Thanks for your consideration,

*For Your Consideration is a new column on Be-Mag researched and written by me (Frank Stoner). I will continue to be indebted to many people, rollerbladers and academic colleagues alike for their assistance with this project. Foremost, I am very grateful to Johannes Jacobi for offering me the opportunity to pursue this project on Be-Mag, as well as to rollerbladers Jay Geurink, Jarrod McBay, Eric Torres, Rob Zbranek, and Cody Sanders for their thoughts and feedback on this subject. I am also indebted to my colleagues Jess Wigent and Dan Singer for their editorial assistance, and to Steven Pinker from whom I borrowed the NPR example. Additional thanks go to Sean Michaelson and Eric Osborne for their help acquiring the VG/Stockwell image above.