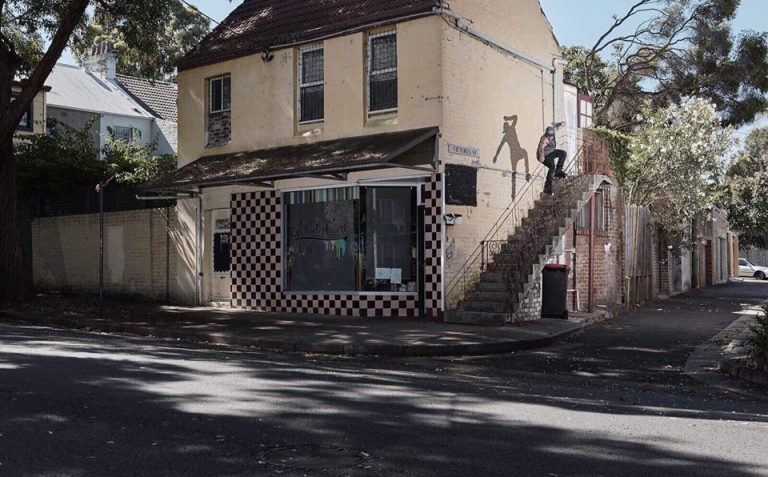 When I was 18 I was lucky enough to spend some time travelling around Australia or “straya” as the locals would put it. Undoubtedly had some of the greatest times of my life, meeting new friends and creating memories that will remain with me forever.

After a brief ten year hiatus I finally made it back to the land of OZ. Unsurprisingly I found it mostly unchanged. The spots were still outrageously good, the weather still idyllic, the people were all just as laid back and easy going as I remembered, The list goes on. During my time in Sydney I was lucky enough to have the man of the moment Mr. Dom West aka “dom best” capture a few of my moves on some quirky Aussie architecture and upon returning home my brother Ed Inglis was kind enough to chop a few to the beat. Huge thank you to them and the one and only Adam kola for the shot And another equally huge thank you to everyone who helped to make it another unforgettable trip Down under. Hopefully it won’t be another ten years before I return. Until next time, as our friend mr wellsmore would say #ripituptheroad.