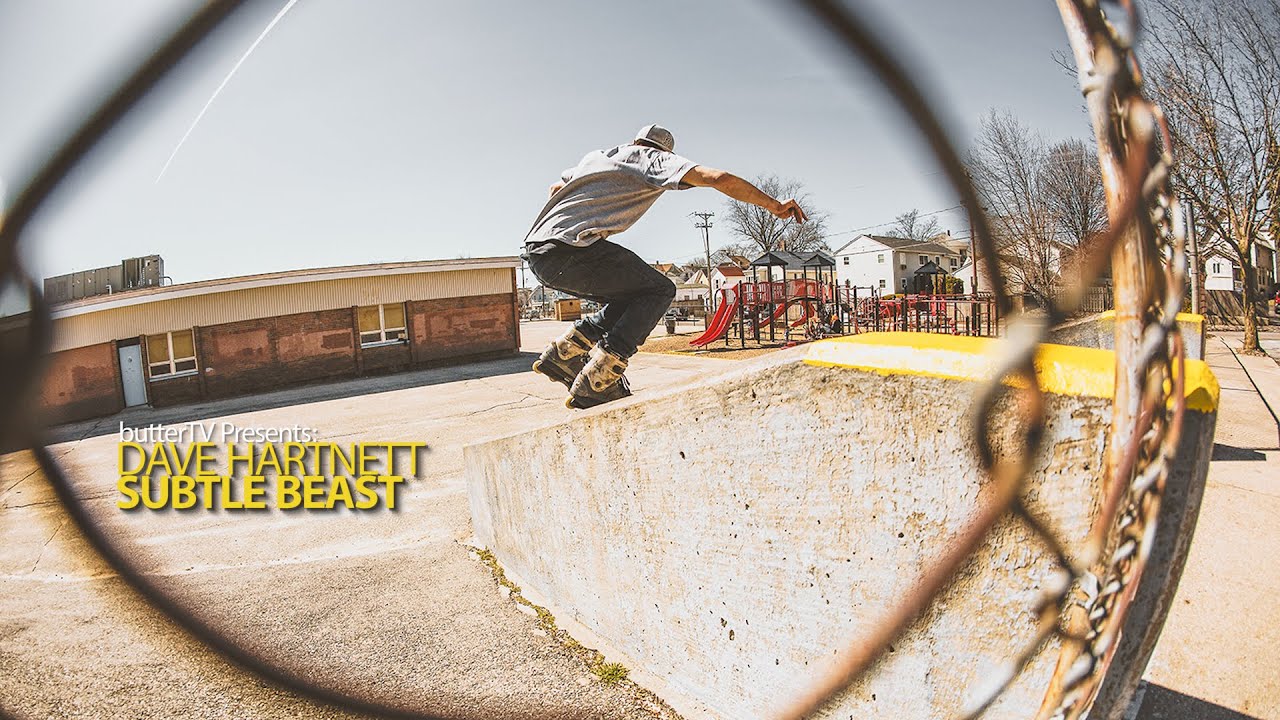 J. P Primiano of Butter TV has just released a mind blowing new profile on one of the most underrated skaters in the game, Rhode Island’s very own Dave Hartnett. If you have been following Dave for the last few years you know that the man is INCREDIBLY talented and if you are like us, you are probably wondering why he hasn’t received more exposure and support despite being one of the East Coast’s most consistently impressive skaters. Even though these clips might be slightly dated, you can hardly tell it as they are still highly technical and masterfully executed. Thankfully for us Butter TV didn’t let these incredible clips collect any more digital dust and have released this beastly profile on Dave for us to enjoy. J.P gave us a brief run down of the filming process behind “Subtle Beast” and what makes Dave and his skating unique. Here is what J.P had to say.

Filmed in New York and New England areas. Rhode Island has always had a pool of talent coming from there and Dave Hartnett is one of those names on that list. The filming of this project began in late July of 2016 and was finished around a year later, but we didn’t know that we were finished yet. I would meet Dave once every few months for a day or two and we would film whatever we can with no real schedule or planning. We would always talk about meeting up a few more times before I sat down to edit but scheduling and timing was never on our side and quickly the months apart would turn into years.

A few days ago I went through the footage and realized, there’s definitely something really good here and rather than letting the footage age any longer, I decided to finally put it all together. If you’ve had the chance to meet Dave, then you know that he’s a man of very few words and he keeps things fairly simple but his skating speaks the opposite—hence the subtle beast. He’s always been one to keep your eyes on during street competitions as he won a good amount here on the east coast or at the very least placed in the top three. It’s been nothing but good times working together on this piece and hopefully in the future we can make the time to get a few sessions in to keep him included with upcoming projects because his skating and consistency to land tricks is very fun to watch . Cheers!

So enjoy the full profile and we hope to see more incredible footage from Dave in the near future as it is scary to think that he has only gotten better since these jaw dropping clips in “Subtle Beast” were initially filmed.

HIT UP THE BUTTERTV.COM SITE AND BE SURE TO FOLLOW THEM @BUTTERTV