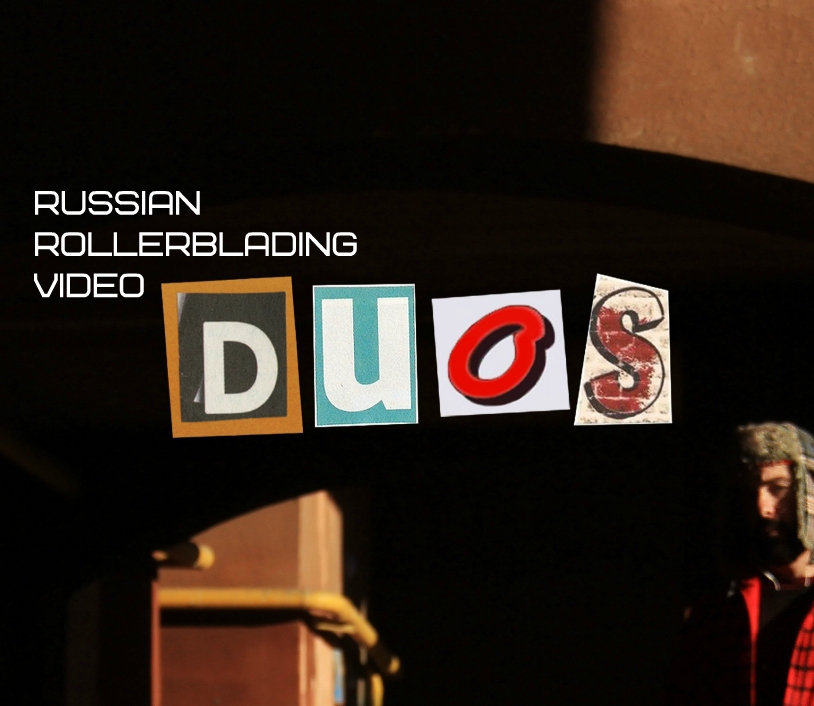 There aren’t many videos I feel as though need the company of an article or a review nowadays, but in light of the number of VODs that’ve dropped since the start of this year, I feel as though DUOS deserves a bit more of our attention than most. From all of us.

I buy most VODs the moment they drop. Especially the ones I’ve had my eye on and often then, some that I feel have gotten exposure but through a series of unfortunate events, the majority of us have been unable to find the download link. I hunt for those more than anything else. The XCCVOD is a prime example of this. When it dropped, the link went dead shortly after. I and many others had missed it entirely. After some digging around, I found up on an Instagram page belonging to the XCCV that had a link to watch it on Google Drive, with the option to download for free. Not a lot of people noticed that, and the download link from Google was literally in the Instagram bio. This was about a year ago now, and only recently have the rest of the world been able to catch up since the XCCV crew have graciously uploaded it to YouTube. “Better late than never” for some when you consider that not everyone is in the position to buy a VOD the day it drops, and even more people hold firm to the old “it’ll be online for free soon enough” mentality we’ve grown used to since the fallout of physical DVD videos and the rise of Video On Demand.

What I found with DUOS, was that two equally proficient skaters have managed to deliver an equally stunning video, for a mere $4. American. Yet, the community hasn’t been ranting and raving about it. Again, not busting anyone’s balls here. Those of us who still skate handrails have taken that beating for all of you, and you’re welcome. However, I will say that if you’ve had the chance to buy DUOS, and you didn’t, you’ve missed out on an incredibly well-produced piece of work from a region of the world that hasn’t seen the most opportune exposure when it comes to rollerblading. It’s neighbors to the west have been given arguably more consideration in the past, based upon location, up until the recent revolution that rocked Ukraine in 2014 had come to rest. USD/Powerslide having received several strong team riders prior to this, with an honorable mention going to Yaroslav Sheyko. But it was only after the events of 2014 unfolded, and only after Razors had taken notice, that these two were able to start building on something that really struck gold. With the dust now settled, I’m glad to finally see that the material these two have continued to produce, has only gotten better.

To the “here and now” we have DUOS. Shot entirely by Ivan Kovtun & Daniel Goncharov.

From the moment this video starts, it’s evident that these two have exactly the eye for rollerblading that we should be aspiring to. What filler clips there are (which is very few), have been placed in what should be considered the “intro” to each section. If fillers are being used at all, then this is exactly where they should be. The track selection itself felt very appropriate for the skaters it had to represent, and the direction in which the video took; went on to set a pace that nearly borders kinetic in some parts, as the clock on it’s 13 minute & 14 second length winds down. I’m fortunate enough to speak a little Russian, so while the listening may be rough around the edges for some, I assure you that the track selection was indeed, perfect! Especially the segue for Goncharov’s section, which he played the guitar for himself.

The trick selection was something I’d been hoping to see in a VOD for a long time now. A matched confidence in both skaters while skating both smaller spots, and handrails alike. There was no one trick that stood out to me as “well, if he took it to a handrail that’d be another story” kind of thing. The tricks in this video stood out as straight up confident, and after watching it over and over and over again, it’s all still very pleasing. There’s a series of tricks Daniel performs on a handrail, that while aren’t typically considered hammers by “old guard standards” are easily tricks that would choke you up in a game of B.L.A.D.E as they were all dagger. Fakie out-spin topside variations that the average person chooses never to throw because well, they’re daggered. Like, David Sizemore’s out-spin sweaty from Champagne. You just don’t see those types of tricks being done much anymore and when you do, no matter what they’re being done on, you kind of have to take a step back and appreciate the headspace that that particular person was in when they did it. It’s really a rare sight. Daniel’s section is boasted by technical ability & focus. I was curious why Ivan’s section came first, but then after watching Daniel’s, it became abundantly clear. For argument’s sake; let’s just say that a true front savannah to 270 out, on a handicap rail, is one of those tricks that deserves to be in that sought after “save the best for last” position.

For Ivan Kovtun, where do I start? I mean, really. Where do I even start? I don’t believe there’s an appropriate way to describe what he’s done for trick vocabulary’s sake. I just don’t. I remember an average length profile of him when he was announced AM for Razors (as many of you also may remember) some time ago that was just a bit confusing. Not so much because of his wardrobe as much as it was the way he approached obstacles in general. I don’t believe anyone had seen such control in a channel 1 fastslide before. Yet alone, be able to do it themselves. Ivan’s section yielded some things that hit home for me. It was well blended and chose to show more handrail footage than the typical obstacles we’re used to watching him destroy. For those of you who don’t follow him on Instagram, you’re slacking. If you’ve got five minutes to kill? He has the aptly titled “Stuff 92” that will pretty much prepare you for what you’re going to see on a much larger scale, should you buy this VOD. I won’t go on to spoil his section, but I will say that there are a number of tricks that should not have been possible. Or rather, a number of tricks that should not have been done THAT effortlessly, in the places he chose to do them.

Between the onslaught of phenomenal foot-work they both share, the spots, how everything was filmed and processed, this VOD really encapsulates what a good production should be. There’s even a small bonus section that had more value put into it than I’ve seen with other videos. It was satirical, sure. But it is also unique and full of value. I believe that rollerblading needs exactly this. This ability and true dedication to a craft that isn’t trying to capitalize on anything other than the love of the sport. The same love that’s invoked in each and every one of us. With DUOS, Ivan & Daniel have managed to create something really wonderful here. They’ve drawn us in and opted to deliver an experience that should make everyone take more notice of the fact that these two, simply love rollerblading.

For your money, DUOS is the $4 you wish you could spend twice! There’s just that much in it! And while there were some seriously heavy hitters to contend with in this first quarter of 2020, as far as VODs go, I think it’s safe to say these guys have pretty much “hit the nail on the head”. No team of accomplished videographers or cinematographers behind them. No absconding off to Japan, or Thailand, or wherever else everyone’s going. These guys did what the most of us aspire to do. And after the numerous social media posts about “coming soon” “filming now” and “stay tuned”, they turned around and delivered our community with a product that was solely based on the strength of themselves. It’s a banger! And in a sport where individualism is meant to be our salvation, what more could you ask for than that? I’d say these two have outlined a standard we should be holding ourselves to when it comes to producing videos of this kind in the future, especially when there’s no budget behind it. No chance of making it to another country, or low-key paradise to shoot.

DUOS is the hometown hero of VODs. And if you’re not already, you should be buying it now!

To purchase DUOS click the image or Sellfy link below!