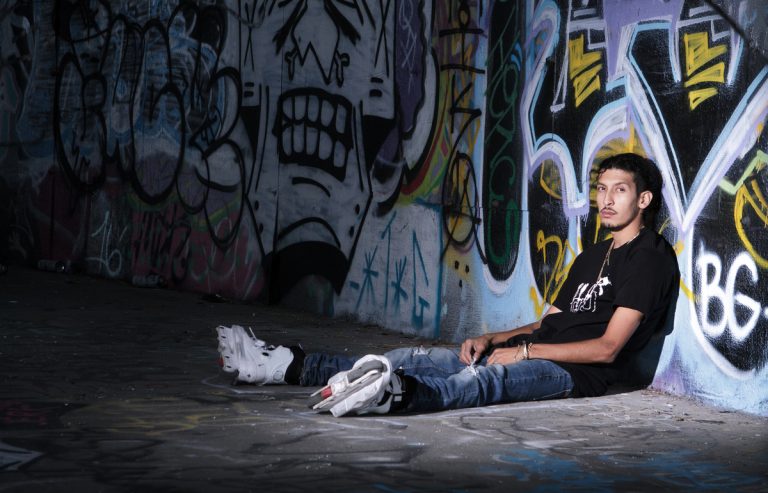 E.ROD TALKS F.O.R. 4 LINE UP, HIS INFLUENCES AND LOVE FOR BLADING

Dr. Dre’s The Chronic is the perfect soundtrack to accompany the writing of the intro to Erick Rodriguez’ interview. In rollerblading, E. Rod is synonimous with the West Coast, in style, attitude and in his artistic approach. Don’t let his laid back appearance fool you, he’s the kingpin of Cali blading filmography. Numerous VODs in rollerblading and music videos under his belt are proof of his drive to capture and create unique visual content. And he’s not planning on stopping anytime soon. He’s obviously a man with ambition and a mission, to bring you the best rollerblading available. Otherwise, how would anyone dare and undertake something so bold as creating another Future of Rollerblading film? On this project, E. Rod is working with his childhood rolemodel, the infamous and genious Joe Navran, who was right on the money who the future of rollerblading actually was over a decade ago. Almost all the bladers promoted through the F.O.R. series are still on top of their game. With his track record up to date, we are confident E. rod will succeed in doing the same. 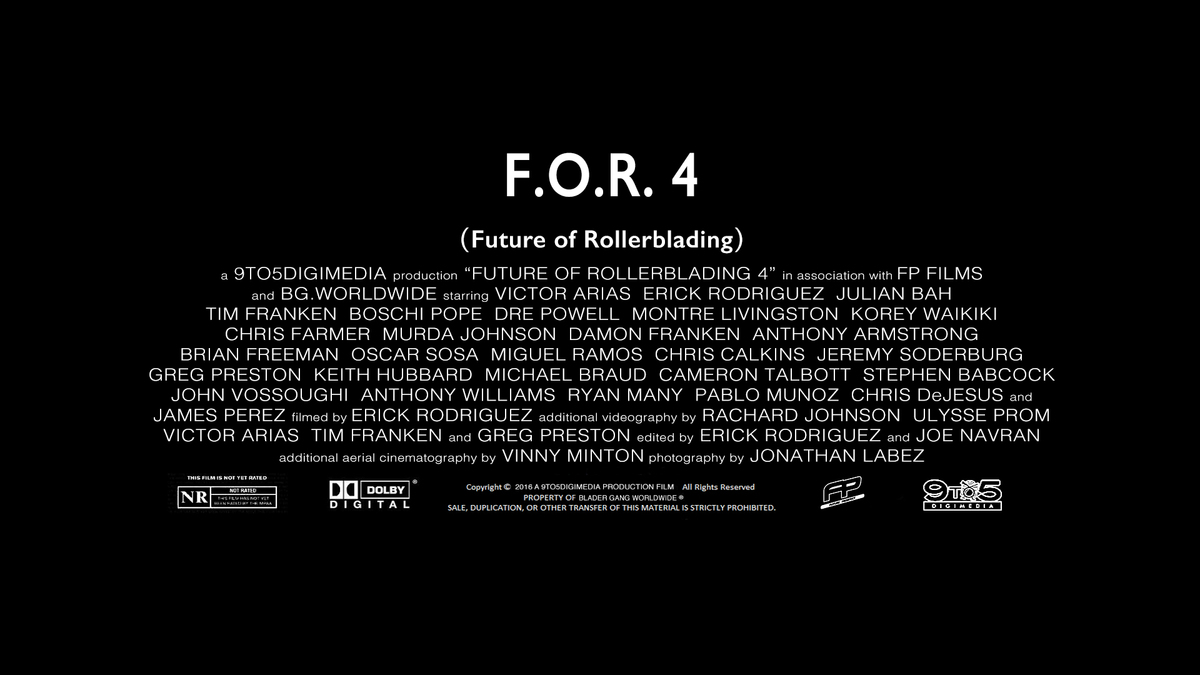 First, tell the readers a bit about yourself personally, where did you grow up, what interests did you have as a kid before blading and in your teens?

I’m from the West Side of Long Beach California, I’ve been skating since I was 13 before then I was running around the streets.

How do you make your money now?

I do a lot of video work these days.

Looking back, what got you into filming rollerblading?

I literally watched Joe’s (Navran) videos everyday before going skating, I studied the them heavy. I guess I wanted to make myself look the way my idols did in his videos. 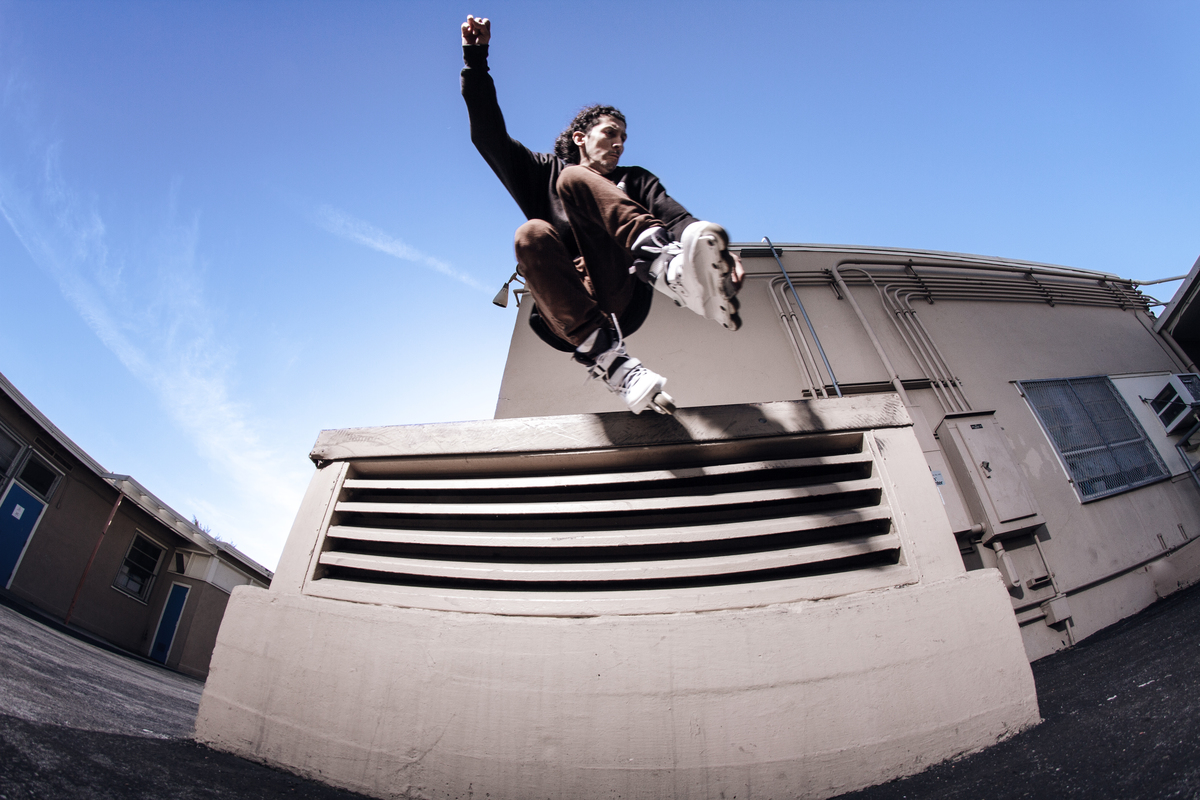 What was your big break? What section, working with whom?

Damn, I honestly don’t know. I was just fortunate enough to be around the right people.

Who made the biggest impact on your filming and editing style, both in and out of blading? Your role models, so to speak?

Joe was for sure the biggest impact and reason why I started filming blading, and Vinny is the reason why I’ve been able to step my shit up but these days my inspiration comes from Chariot Pictures/Kid Art. 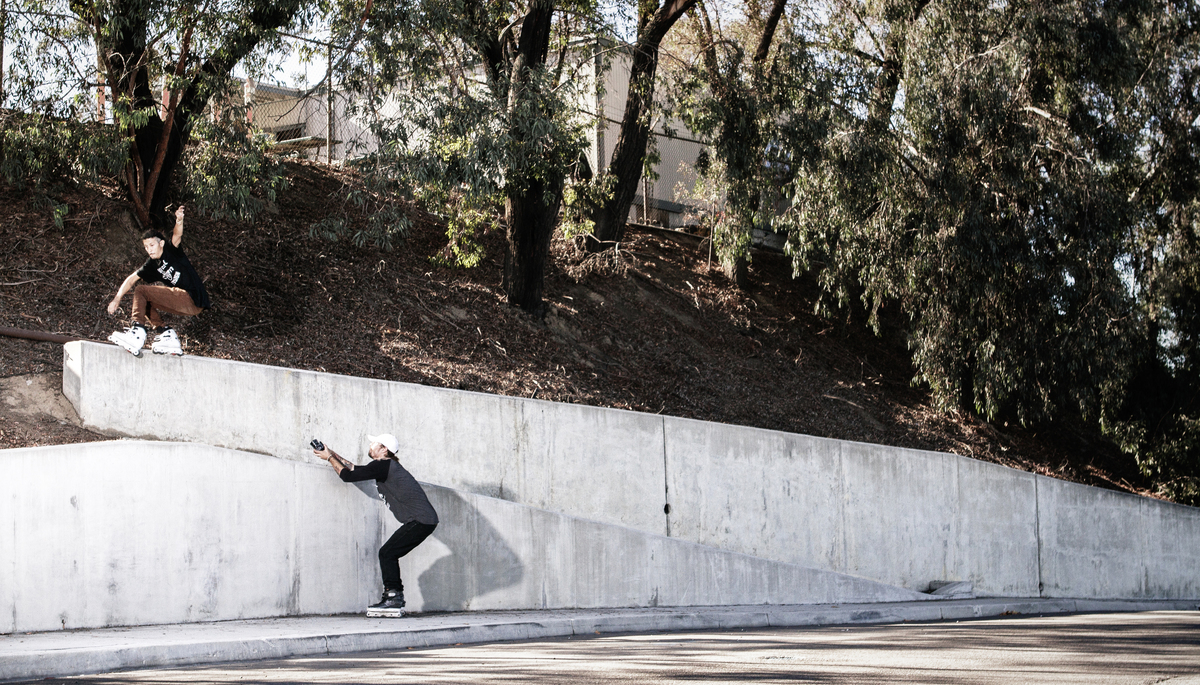 I think Franky will forever be the best person to work with. He understands my vision and the amount of shit we can do together in unreal, but we’re both hella busy these days.

My young bro Damon (Franklin) is dope to work with too, he has so much energy and is really with the shits. Love that lil nigga.

Who would you like to work with, both in and out of blading?

I’ve worked with so many people in blading, maybe a project with my bro Ivan (Narez) would be wavy. 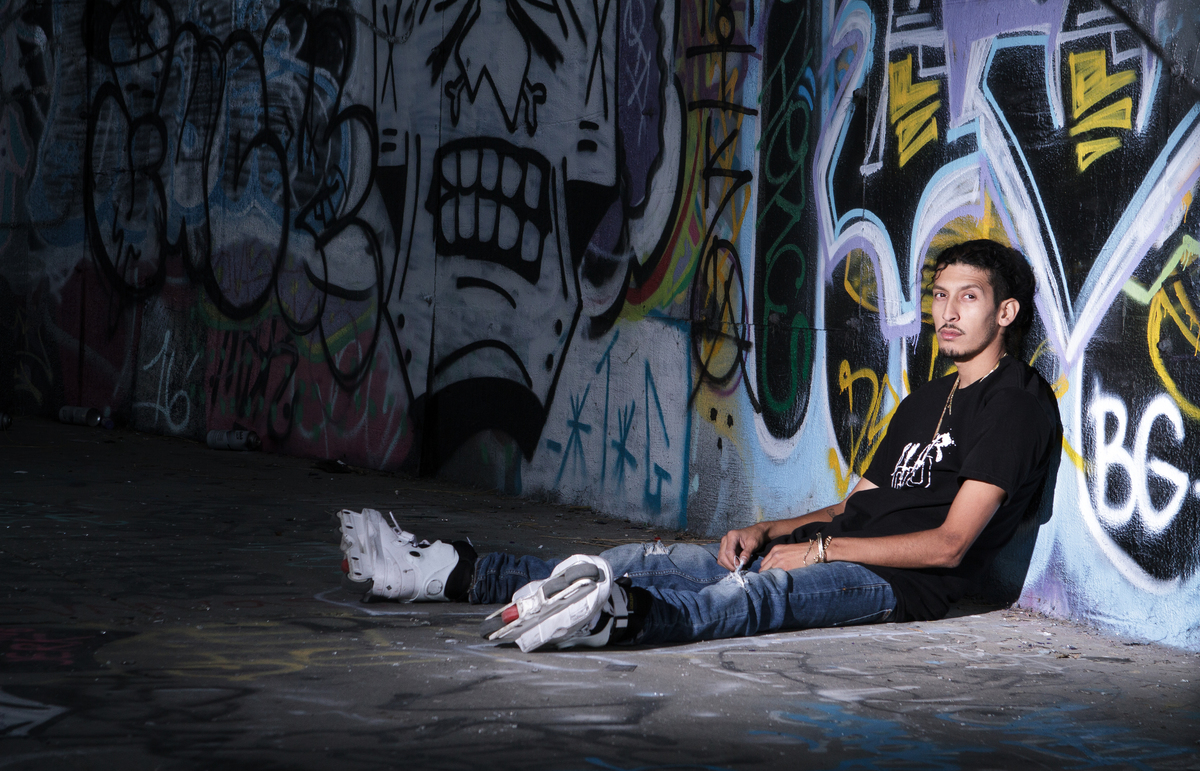 Is there somebody you would have liked to film from the earlier days of blading but never got a chance to?

Is there somebody you would never work with again?

If there was I wouldn’t mentioned their name and give them any plug, they know who they are. 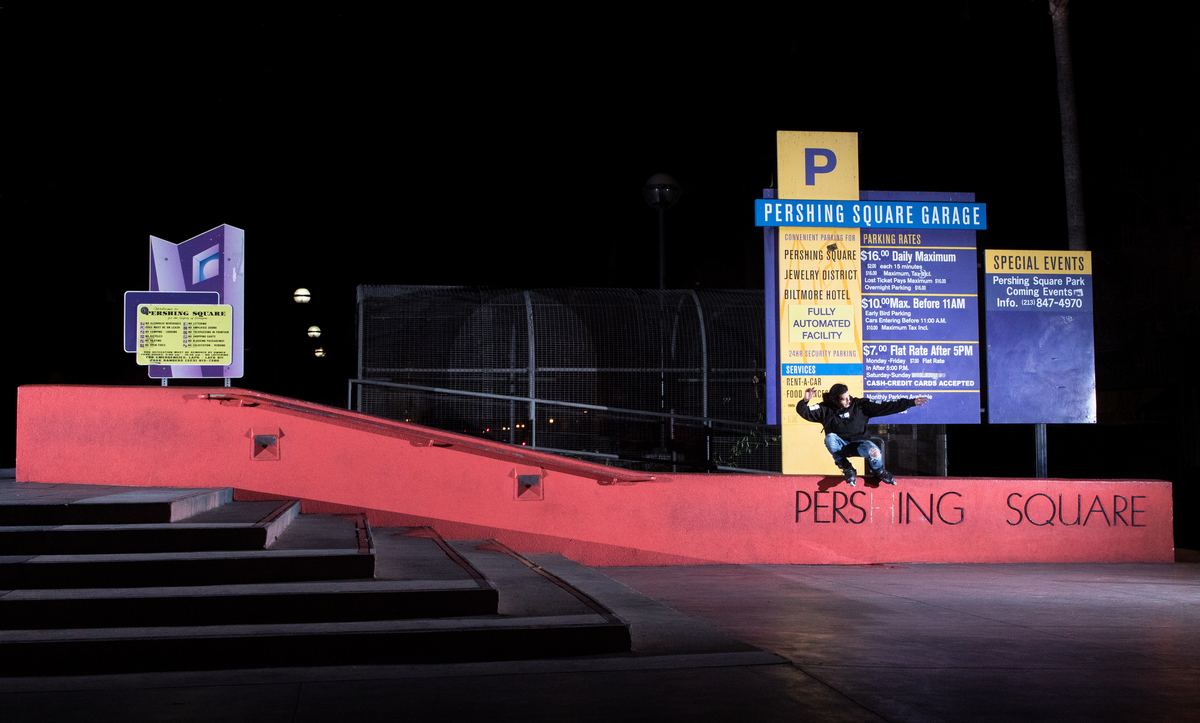 What is up with bladergang and gawds lately? Any new gear releases coming up soon?

Man so much shit is going on with the Gang, new backpacks, jackets, hats, and collabs. Gawds just dropped some new wheels and I think they’re working on some other stuff too but idk if I can spill the beans just yet.

Besides being a filmer, you’re a pretty skilled blader too, how often do you get to skate?

Not as much as I’d like too, I’m a full time father now and the times I do get to skate I’m mostly filming for this project I’m about to drop.

Congratulations on becoming a father. What video project are you working on atm? Who will be featured in it, when will it be out?

For the past 9/10 months I’ve been filming non-stop, mainly some random locations in Cali but we also hit NYC and I’m hittin’ ATL and North Carolina before the deadline. Joe Navran will be a part of this project as well and decided to call it “F.O.R.4”. I’m not trying to rush it so I don’t have a release date yet, and theres too many names to mention but you can check the credits to see who will be featured in it. I will be dropping a trailer soon and start with all the social media promo. 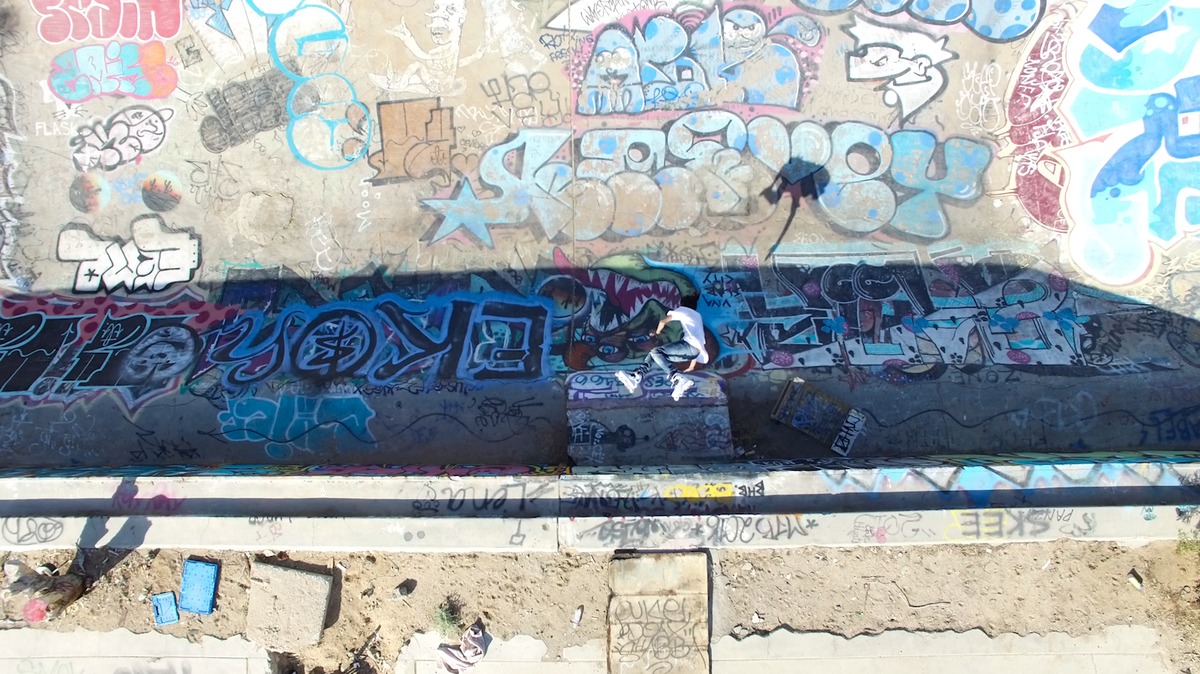 Where do you see blading going in the next few years, both tricks and filming-wise?

I have no idea, but the skating is only getting better. I would love to see more blading content but I understand people are busy with everyday life.

Do you think it makes sense for a young aspiring filmer to try and learn his craft through making blading videos? Do you see any younger filmers with a lot of potential and do you have any advice for them?

I mean it worked for me and it clearly worked for Vinny and a few other people that started from blading. I like the shit my young homie Greg Preston’s doing and I like my homie Chris Smith’s work.

I don’t have any advice, just do what you love. 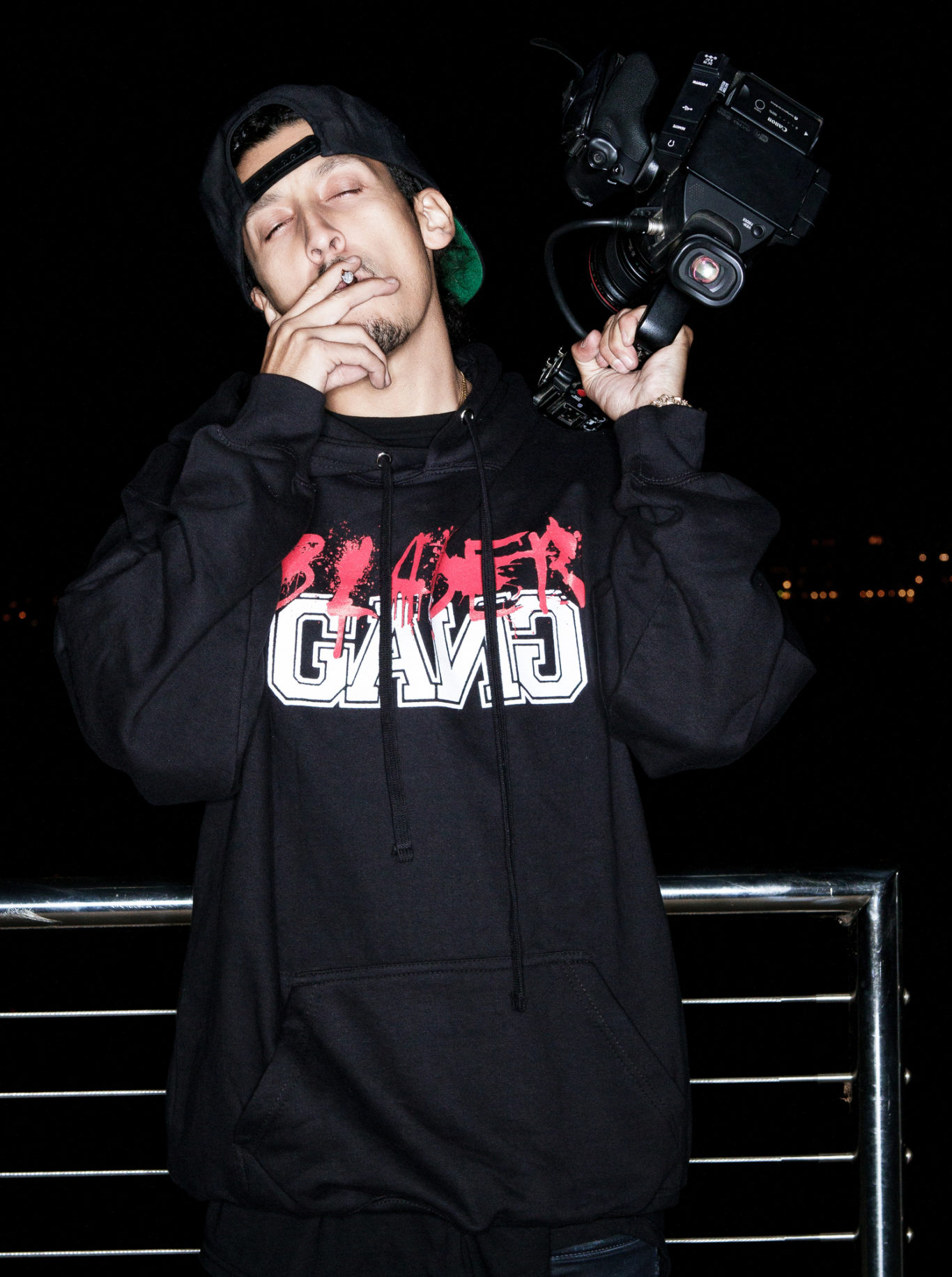 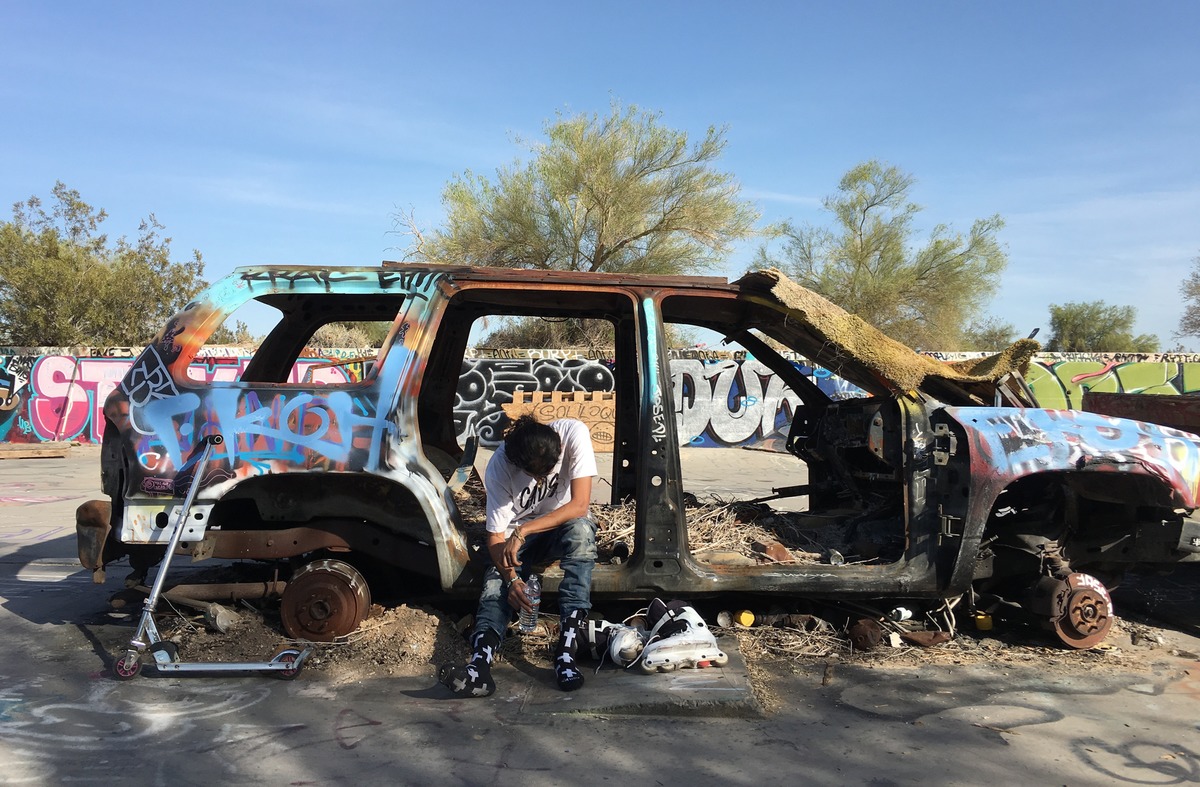 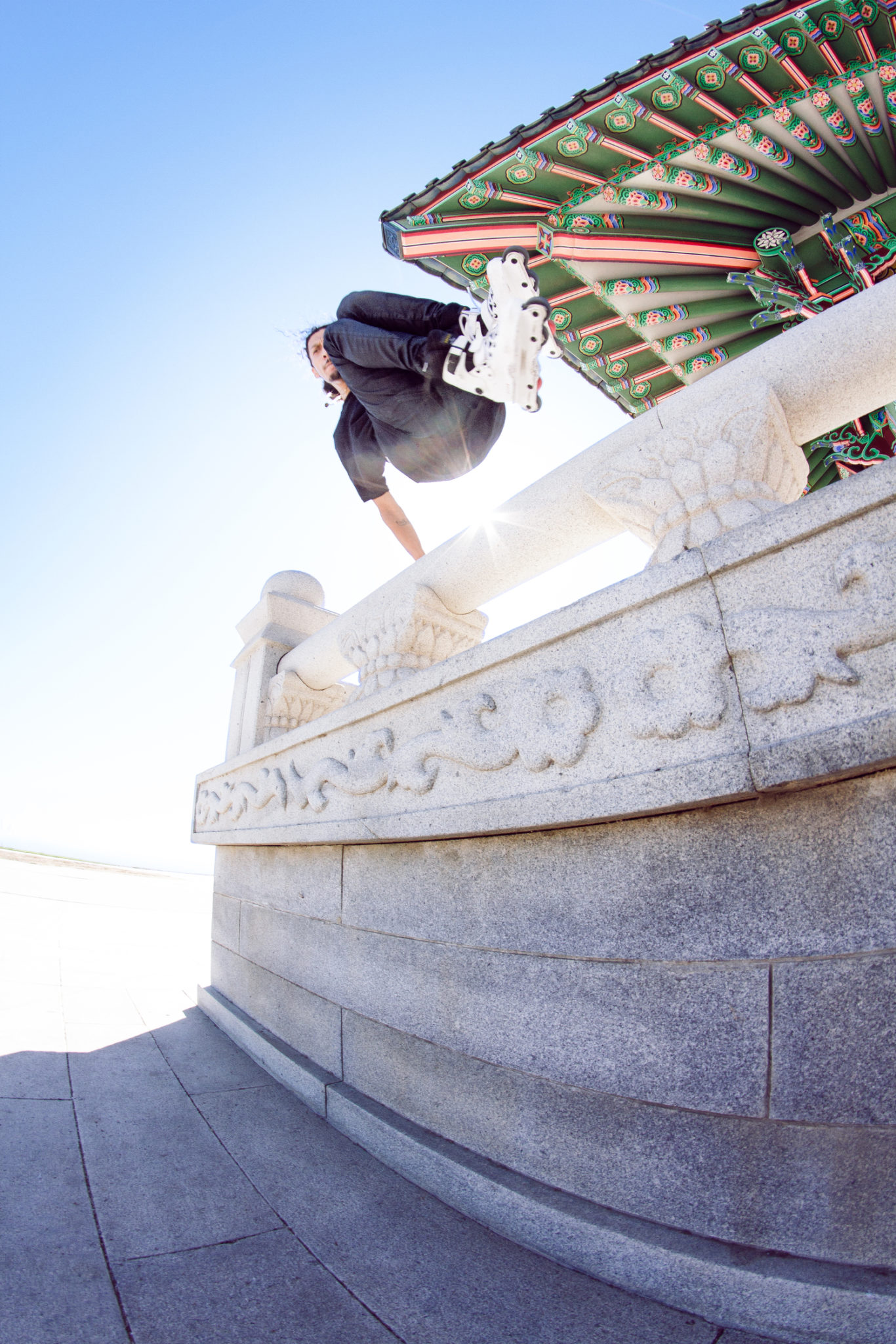