Every now and then you receive a message on your phone that changes your life. You always have to read these texts three or four times, because you’re so used to the breezy, meaningless crap you usually look at when picking up your phone again. The last one I received personally, was seven months ago, on a nice, sunny day in September.

Ironically enough I was out blading with a good friend, when another good friend sent me a text that Edwin, yet another good friend and the most dedicated and professional blader of the Netherlands, fell of his 7-story high balcony two days ago. ‘Unbelieveable, the guy has a 1% chance of surviving’, it said. Like any life-changing news, I read the text seven or eight times before reading it out to Bart. We stared out of our car windows, expressed our disbelief and discussed whether to continue our session, which had only just started. Not really realizing the impact this fucked up news would have on us, we headed out to two more spots that day. I ended up doing a bad ass trick for the first time on a long ass handrail, but I didn’t reside in my usual euphoria for all that long. ‘1%, holy shit.’ While the Dutch blading community spoke out their hopes and belief in Edwin’s survival, I never had any at all. ‘1% is nothing. The guy’s gone.’ 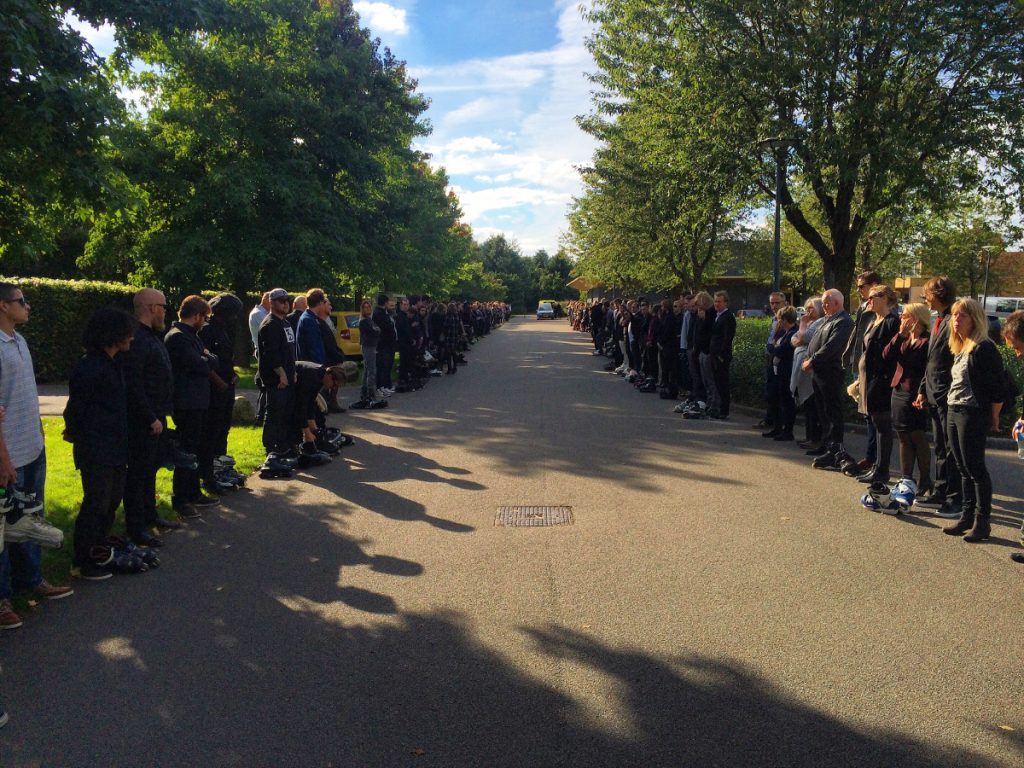 The next day, the nightmare we all hoped to wake up from, changed into a sad reality. Edwin passed away in the hospital. The kindest and most talented blader we have had died on his 32nd birthday. Before, during and after his impressive cremation, which was attended by hundreds of bladers to show their respect, I spend my days recalling the shitloads of memories I have of Edwin. The best ones have scary amounts of alcohol involved, as we shared two passions like no other bladers in our country; handicap-rails and beer. In my six years of skating with Edwin, I don’t think we had one session that didn’t end with cold beers, cheap wine, dirty jokes and hard laughter. The guy liked the simple life; work hard, skate harder and ending the day getting drunk and chilling with the homies. The enjoyment was very present when I skated with Edwin. He loved the life like a fat guy loves ice cream. And I loved skating with Edwin.

We both had one favourite spot, a long handicap-rail in my hometown of Amstelveen. For what was going to be my very last session with Edwin, we of course met at the rail we love more than our girlfriends. I arrived 10 minutes before Ed, only to discover ‘our’ favourite spot had been turned into a complete building site. Surrounded by fences, the rail was still visible, but out of reach. So close, yet so far away. For me, as a person who’s not as autistic about skating, it was quite easy to accept the situation and move on with my life. Suddenly Edwin appears. Before I could even make out if it was actually Edwin walking in the distance, I noticed about 32 different emotions on the face of the approaching human being. The face of a skater, who after more than 10 years of skating on his very favourite practice rail, had many things going on. Fear, anger and confusion were all over the place. But also sadness, disgust, pity, pain, dissapointment, rage, frustration, shock and loneliness were witnessed in Edwin’s behaviour that day. It was like he suddenly got fired from his job, or his wife had walked out on him with the kids and didn’t even leave behind a letter. Emptiness, plain emptiness.

He took note of the phone number on one of the construction containers. ‘We are going to get a hold of this rail. They are not going to demolish it. We are going to put it on Olympiaplein [local skatepark]. Fuck, man!’ Even though I couldn’t help laughing a little at Edwin’s response, it just shows the love and dedication that man had for his passion. If politicians were this concerned about out the well-being of our planet, if artists would put this much effort into their art, and if all bladers would love blading like Edwin did, the world would probably be a better place. That’s why Edwin Wieringh is so damn inspiring for everybody who ever knew him. 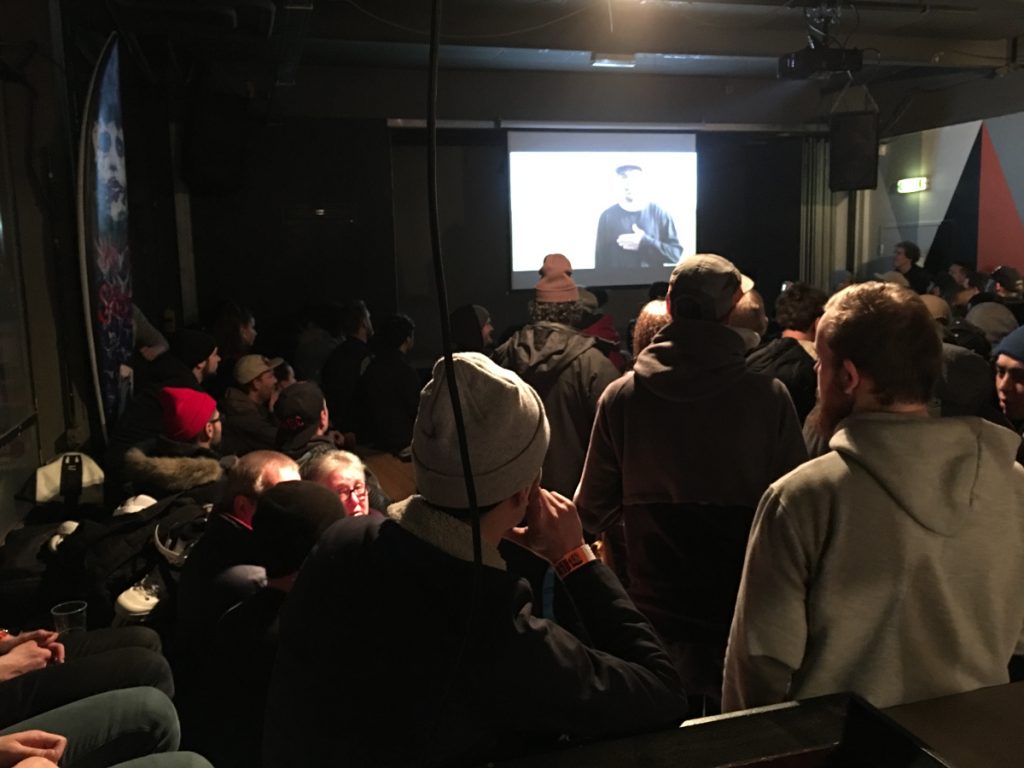 And that’s why these kinds of movies are made of him. Remy was one of Edwin’s closest friends over the years of their skate carreers, and this can be remembered forever in the many edits and profiles they mutually produced. Sadly, this will be Remy’s last profile of Edwin. Naturally it had to be something special. That’s why this documentary is not just one, not two, or just three profiles of Edwin; it is a dedication to his life. In it, Edwin speaks himselfs about his unique way of thinking when it comes to skating. His crew whenever he was shredding in the States, the infamous Santee crew, discuss their stories and share their emotions about the legend that is Edwin. The entire film was shown for the first time during this year’s Winterclash. With Edwin’s parents and brother mixed in the packed crowd of emotional rollerbladers, the goosebumps could be felt from miles away. It was a special, unforgettable 30 minutes, filled with laughter and tears. His family was made very proud that night.

With the documentary now available, we can always enjoy the life of Edwin, whenever we want. We miss you buddy. We love you always. See you on the other side.